I have 3 chicks that were born in April.
One was injured about the time the other 2 started laying, but she has never laid an egg. She had a head injury, but after about 6 weeks of me hand feeding her and some water therapy, she is 98% normal.
For her, I doubt if she will ever lay an egg, but for the other 2, they stopped laying when I introduced the injured chicken back to the coop. Either that or they're eating the eggs, but I'm not seeing any evidence that is happening.
The healthy girls were laying daily for several weeks, so I'm really confused as to what may have happened. It's been over 2 weeks since Skittles rejoined the flock, so I would think if it was shock at her return (though they all had free range time together for 2 or 3 weeks before I put her back in) that they should be back to normal now.
Anyone have any ideas? 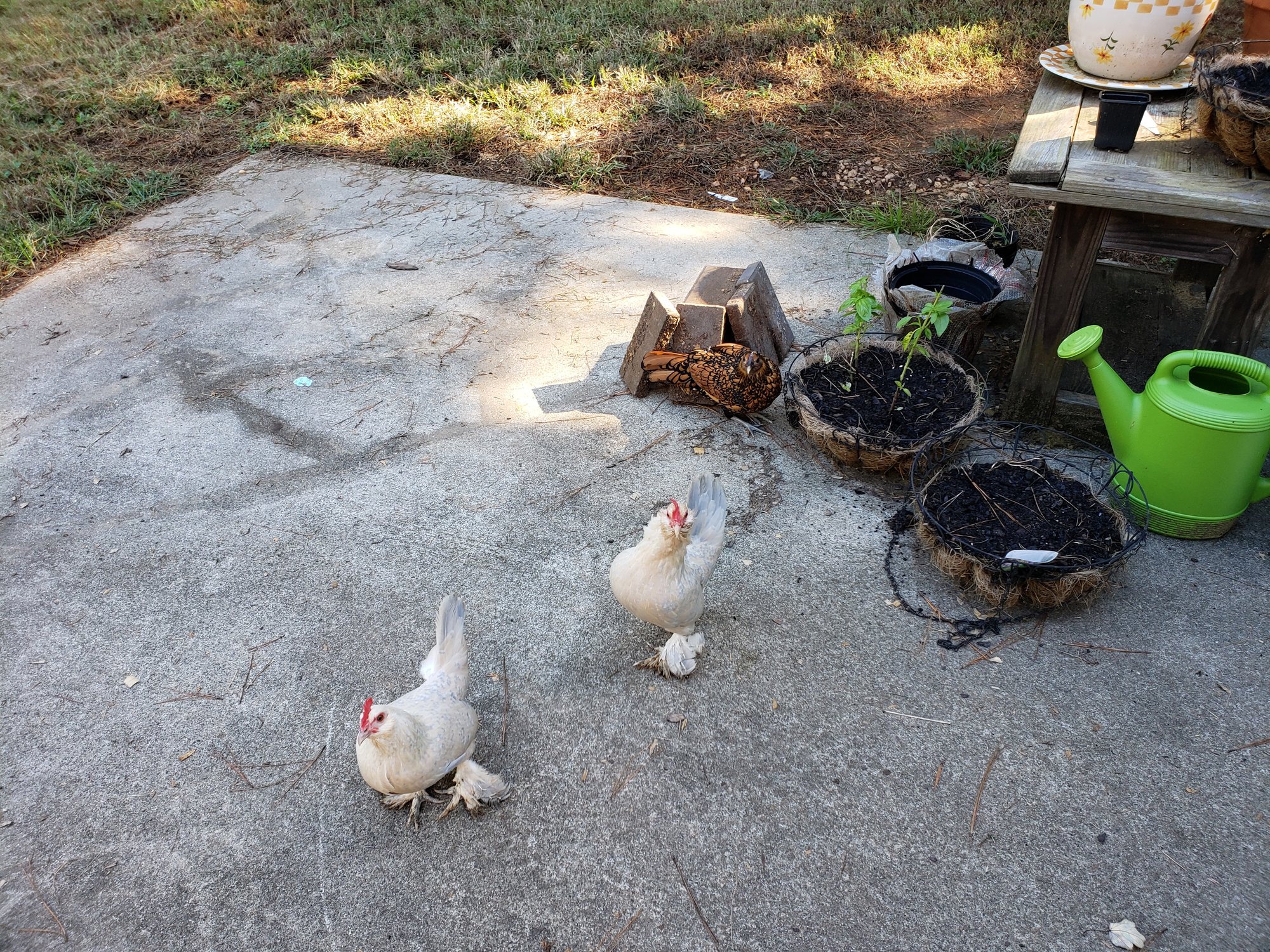 They are bantam chicks of unknown breed

If they are free range they may be laying somewhere other than in the coop nests.
..or it could be a combo of stress and/or shortening days.

Check this and them,
https://www.backyardchickens.com/articles/who-is-laying-and-who-is-not-butt-check.73309/
then maybe confine them.

With winter coming they may not lay until spring

aart said:
If they are free range they may be laying somewhere other than in the coop nests.
..or it could be a combo of stress and/or shortening days.

Check this and them,
https://www.backyardchickens.com/articles/who-is-laying-and-who-is-not-butt-check.73309/
then maybe confine them.
Click to expand...

Thanks.
They aren't 100% free range. They get about an hour a day to forage for grass and bugs
I've never had chicks not lay throughout their first year including winter, but I've never had bantam hens before, either.