Could this be a duck egg? 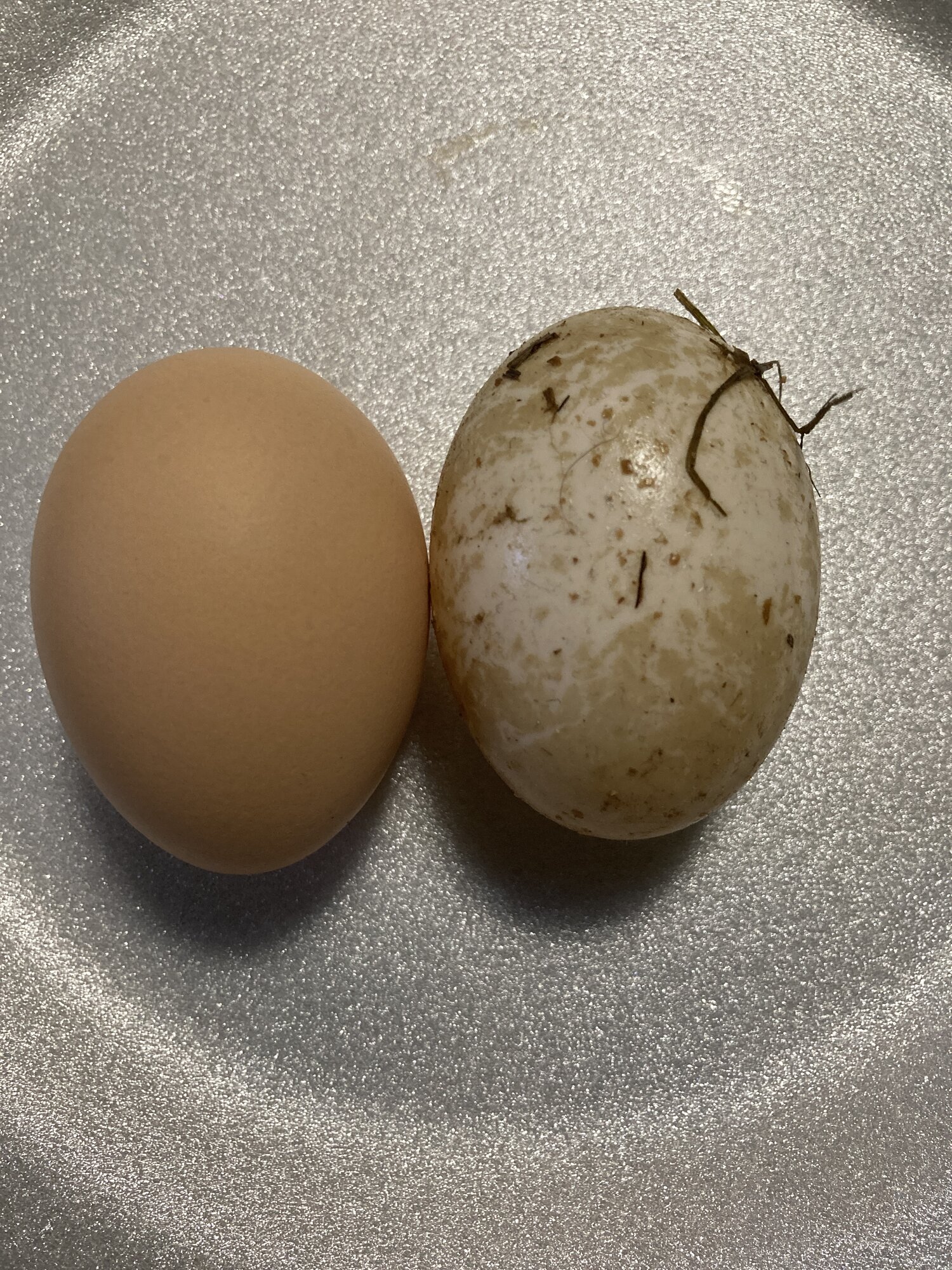 I found an egg (on the right) in my ducks’ coop this morning when I went to feed them. It was next to their water, but it wasn’t there last night. It feels like it was just laid. I’m thinking that it’s a duck egg, but I’m not sure and I don’t wanna get my hopes up. My hens are 20 weeks old. If it’s a duck egg, it’s their first one. The egg on the left is a chicken egg. How can i tell if they’re both chicken eggs or if the one on the right is supposed to be a duck egg? The egg on the right doesn’t feel very hard, but it doesn’t feel so soft either. I’ve read that it’s normal to have eggs that aren’t hard for a new laying hen. If it’s a duck egg, could it indeed be fertile? I’ve yet to build a divider for my ducks to separate the hens and the drakes and they’ve been wanting to breed a lot lately.

It looks like it. Does it have a waxy feel to it?
A

Crazy Maizie said:
It looks like it. Does it have a waxy feel to it?
Click to expand...

I think so. I’m not sure. The brown stuff on the egg will peel off if I use my nail.

Yeah, that's the bloom. It looks like most of my duck eggs.

Duck eggs have a pearly or waxy sheen and chicken eggs will be chalky and rough in comparison. Ducks can begin laying anywhere between 16-24 weeks of age I believe.

Music is the language we all understand

K
Is it safe to eat duck eggs laid in water?