My killer Belgian d 'Uccle rooster weighted in at under two pounds, and could fly up to my eyeball level! A very bad boy, who stayed too long, as he was our first rooster. Never again!
Mary

Folly's place said:
My killer Belgian d 'Uccle rooster weighted in at under two pounds, and could fly up to my eyeball level! A very bad boy, who stayed too long, as he was our first rooster. Never again!
Mary
Click to expand...

Yeah, I have a feeling this guy would do that if he weren't afraid of my top hen. She defends me. He's never attacked me, thankfully. He's attacked the feed bucket when I was carrying it. He hates that bucket.
T

Last year after purchasing chicks from Murray McMurry and hatching some eggs I had too many roosters. Even after losing some to my fault of the heat lamp too high.
So in late August 15 roosters went to process. Leaving 2 for the 15 gals. The one Roo is dominate and will chase the other one around.
B

One never knows with roosters, especially between various breeds. Like all males, they are unpredictable at times. Sometimes, a group will work it out and all be OK, Sometimes a couple will fight to the death. A really good rooster, will often be real aggressive to people, but be the best specimen of his kind for other traits. I knocked the head of a mean barred rock one time in anger! But, I had a few more good looking roosters to choose from, anyway. I could of dealt with that better, by just deciding to cull him and another couple before he got so big and aggressive. I have kept a couple bad boys, because they were so perfect for their job and looked like what their breed was supposed to look like! I had kids back in the early days and bad roosters were more of a problem for me then. I am not a pro, breeder, or expert on chickens. I have done it a long time now, but pretty casually, just for my own use and a few other families. I have worked around large chicken, cattle and exotic animals operations but was not the chief honcho and one of the most significant things I learned, was never turn your back on an "intact" male animal!

ChunkyBirb said:
I keep a mean ol’ rooster. I only keep him because I love baby chicks

Just want to mention that that mean ol’ rooster just ended up as chicken and dumplings because he flogged me one too
many times... 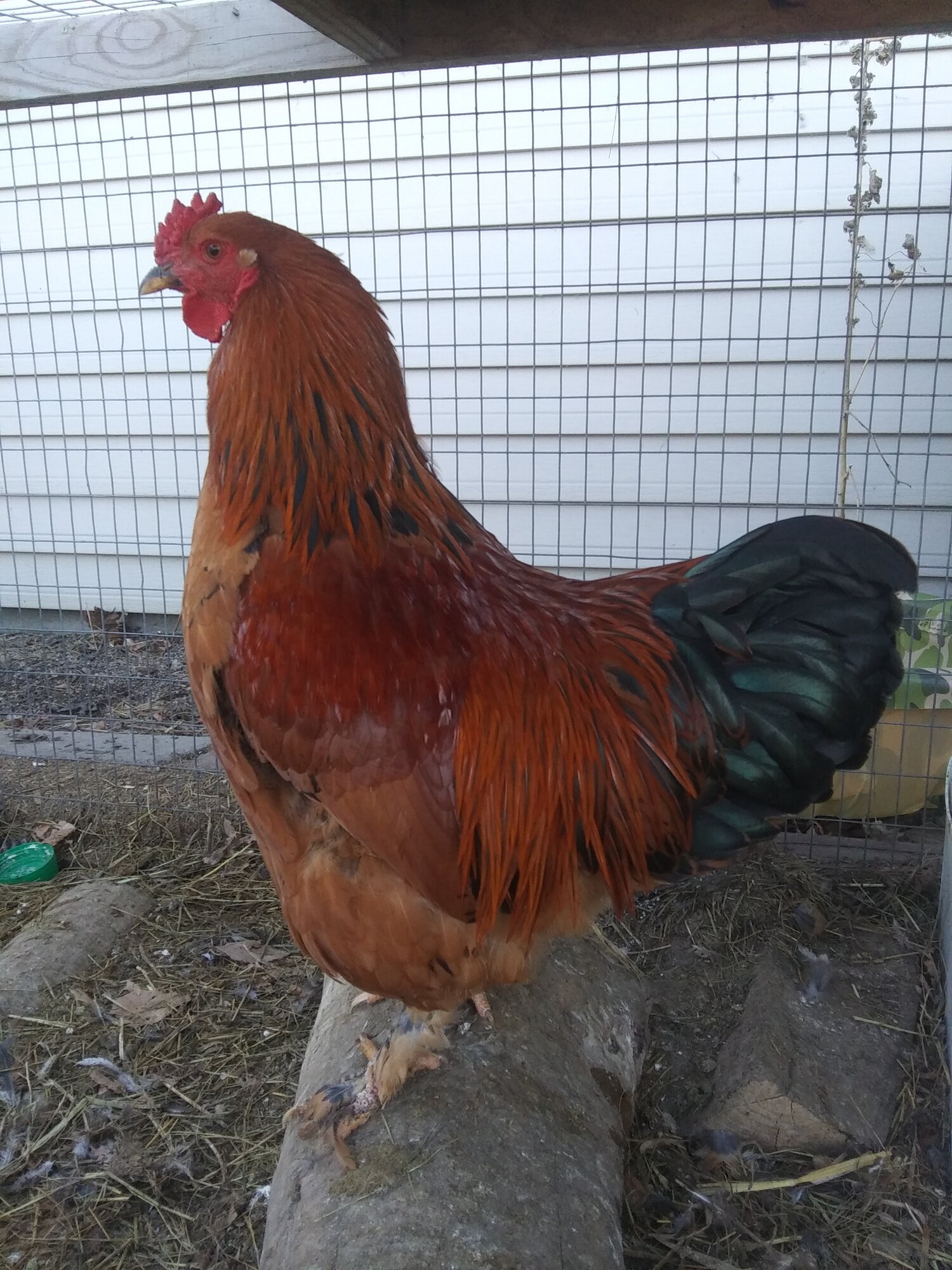 Official BYC Poll: How Do You Keep Your Chickens Happy?
4 5 6

Official BYC Poll: How do you keep your flock warm in the winter?
8 9 10