So this happened. My girls are almost a year old. They are very hawk savey from their previous close encounters with hawks bouncing off of and walking on top of their secure run. We really only are bothered by hawks during the migration in the spring and fall.
I had been getting a little worried the girls where losing their overhead predator radar after the hawks had moved on because we live across the road from the municipal airport so we have small planes flying over all the time. We also have the local vulture. I call him Vince.
Well the other evening I had the girls out free ranging in the yard when a big balloon floated away from one of my neighbors yards and began drifting over mine. The girls immediately saw that strange , round , flying predator that was coming to kill them. The alarm was sounded and it was every chicken for herself. A couple of them ran under a tree, one ran in circles and then hotfooted it to the coop. Peggy the protractor had her eye on it while giving the alarm and making her way to the run. Never taking her eye off of it in case it came after them. I called the rest of the terrified girls and put them in their run so they could calm down. I was happy they knew to still be afraid of over head threats and knew what to do. Well, mostly.

Good stuff. In the absence of a rooster, there is usually an alpha hen that will sortof "stand watch". Glad to hear that yours are still keeping an eye to the sky! The threats are real...

What a handsome name indeed!

KyCoop said:
We also have the local vulture. I call him Vince.
Click to expand...

A couple of times over the years I have had a hawk completely catch me by surprise and kill some birds. It happened so fast I didn't have time to react. Now they mostly stay in their nice large covered pens. When I have let them out they are only out a few minutes then back into their pens, their safe place. WE have plenty of vultures around. Good luck and have fun... 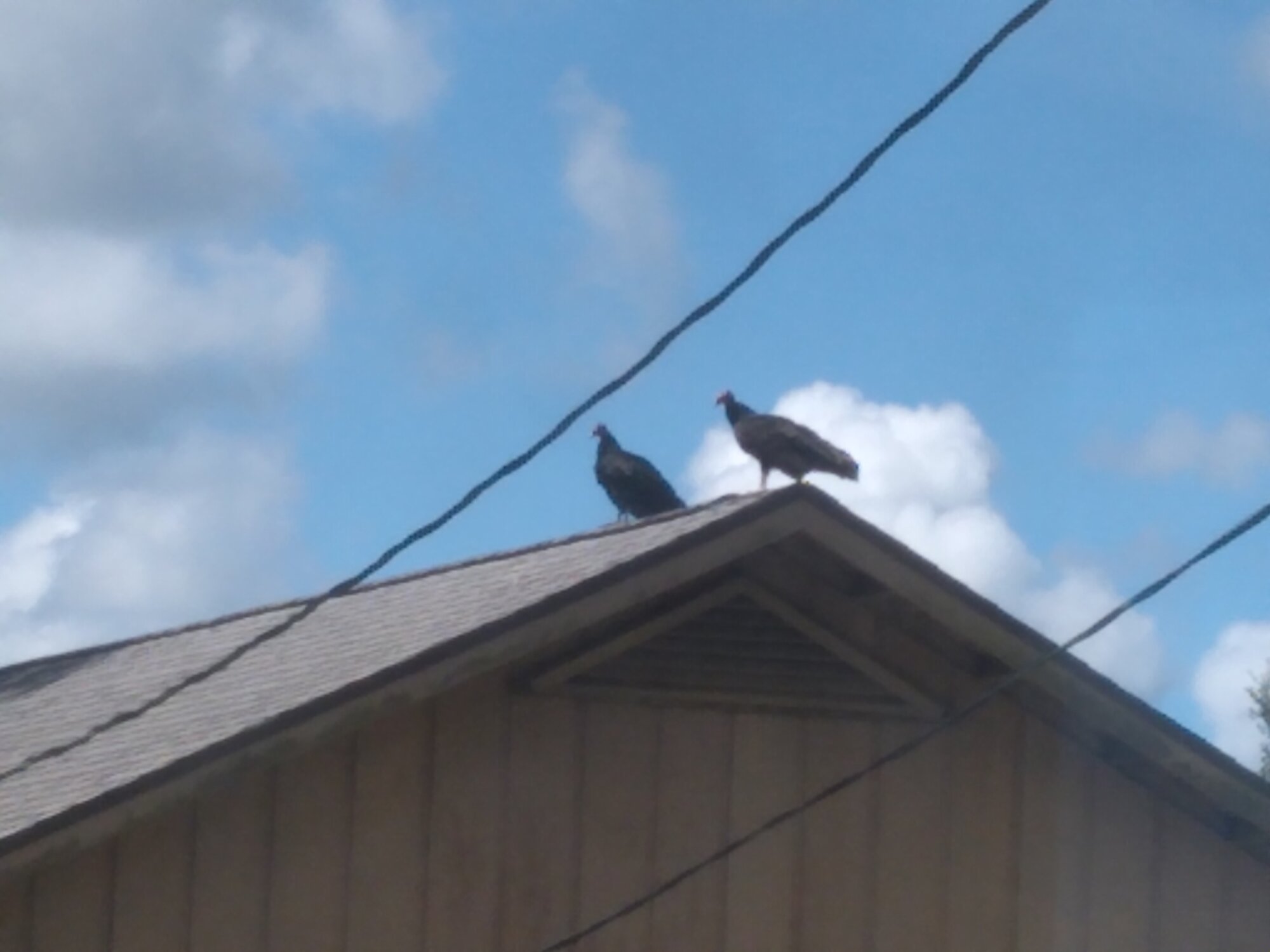 I saw Vince with another flying over a couple of months ago. The other had something in its mouth headed for babies in a nest I believe. I shall call her Veronica.