Article Gallery
I wanted to find a coop / pen design that would be both functional and visually appealing. After spending countless hours online perusing images of coops I kept coming back to this design. In some ways it seemed "over the top", but it was the correct size for the 8 hens I was planning to raise, very sturdy for snow country and visually appealing without being too "flashy or themey". The framing was a bit unusual and was a bit of a challenge since I'm no professional carpenter. Now that it's done, I find it to be very secure with no entry points larger than the 1/2" hardware cloth squares. I had chickens briefly when I was a teenager, so I'm not totally new to this, but it's been awhile so I took my time with the research. I opted for a simpler foundation than the plan dictated. I used cinder blocks filled with gravel. They don't quite go to the frost line, but we'll see what happens. I just finished it about a week ago. I have 7 chicks sectioned off with a heat lamp in the coop part until they are older. They are now 10 days old. 4 different breeds. Another difference on my coop is I went with composite roof shingles. I wanted to do metal roofing to match my home, but decided against that route due to expense. This coop design isn't one of the most economical, so I was sensitive to cost for some of the steps. So the roof and foundation was where I "economized". One thing I "splurged" on was the hardware cloth. Instead of the standard galvanized material which I could have purchased locally, I opted for the black material which I ordered. It's steel and coated with black PVC. What a difference! From a distance the screen is barely visible! I'd highly recommend this product over standard hardware cloth or chicken wire (which has other issues). I'm still on the fence regarding which material for the ground area. Lots of different opinions out there.. For now I have coarse sand (contractors sand). Inside the coop is a piece of sheet vinyl for easy clean up. I was cognizant of inevitable maintenance as I was building especially in the coop area. The construction went on for a couple of weeks, working 3 hours or so per day on and off. I stained the wood with a semi transparent stain, but left the coop interior as raw wood. I built inserts for the 3 nest boxes using plastic milk crates (small) with 3/8" ply on the bottom covered with pieces of vinyl. Eventually I'll have a coop door opener with a dusk / dawn sensor. Still contemplating whether to run electrical to the coop. It'll require a 30' trench and I will need electrical for the water heater. Coop door opener could be battery operated. So.... pros and cons... Pros: Sturdy, Visually appealing, very functional, easy to walk into and assess areas to clean, lots of doors/windows for access, secure from critters. Cons: Pricey, a bit of a learning curve for the framing technique. Finally.. I also built a couple of accessory items such as a treadle feeder and a dusting enclosure.. We'll see what the chickens think when they're all growed up!! 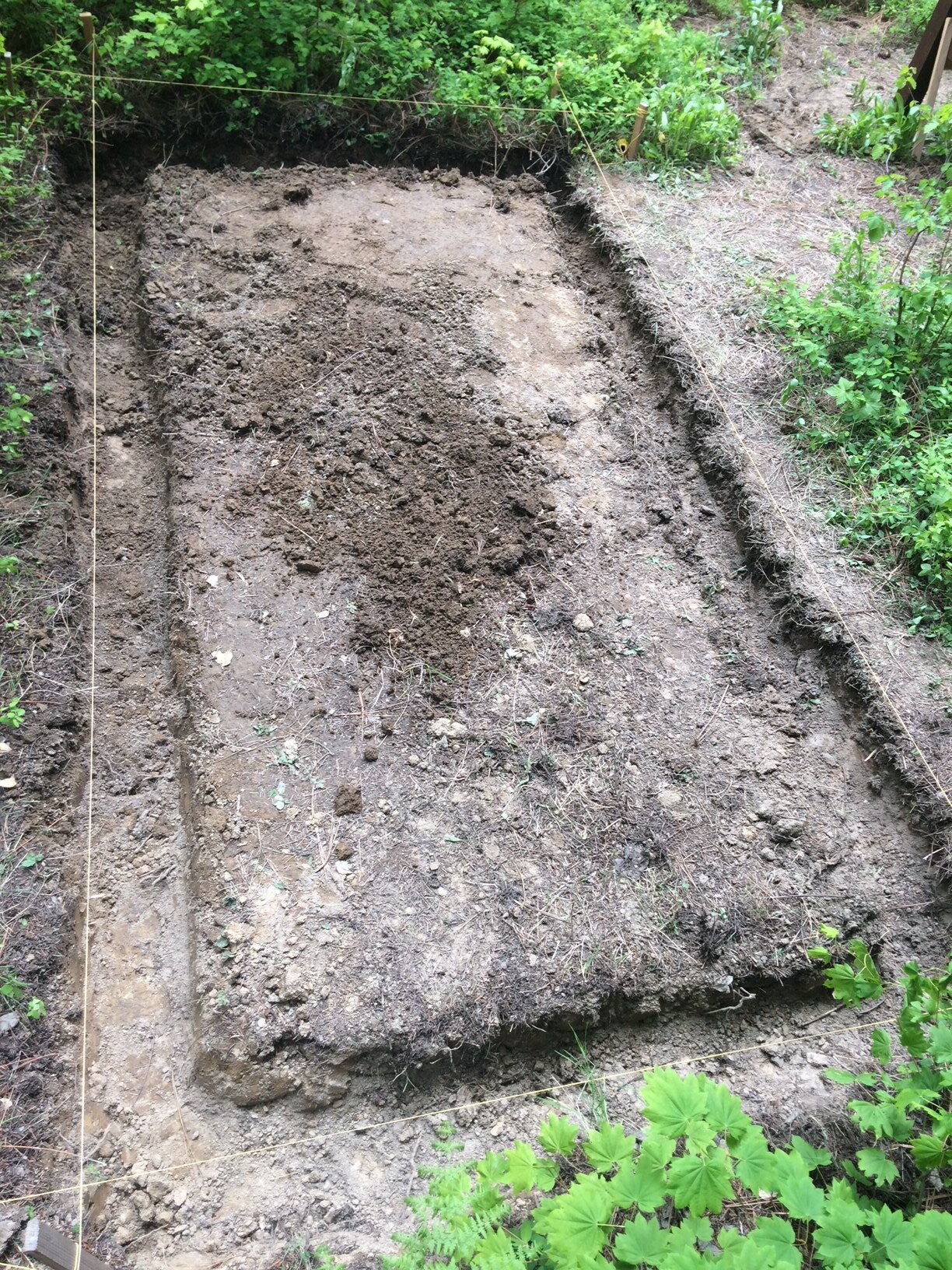 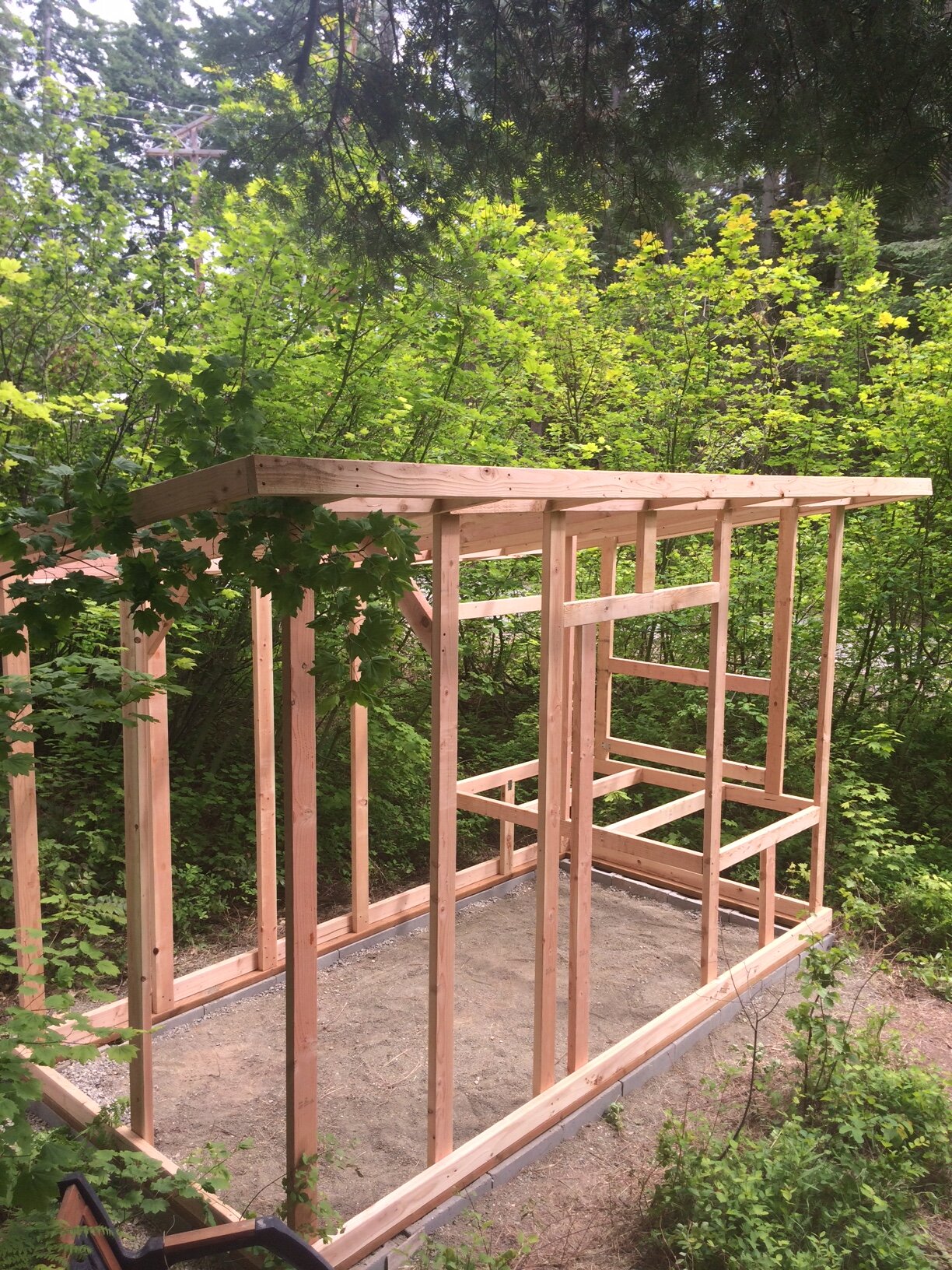 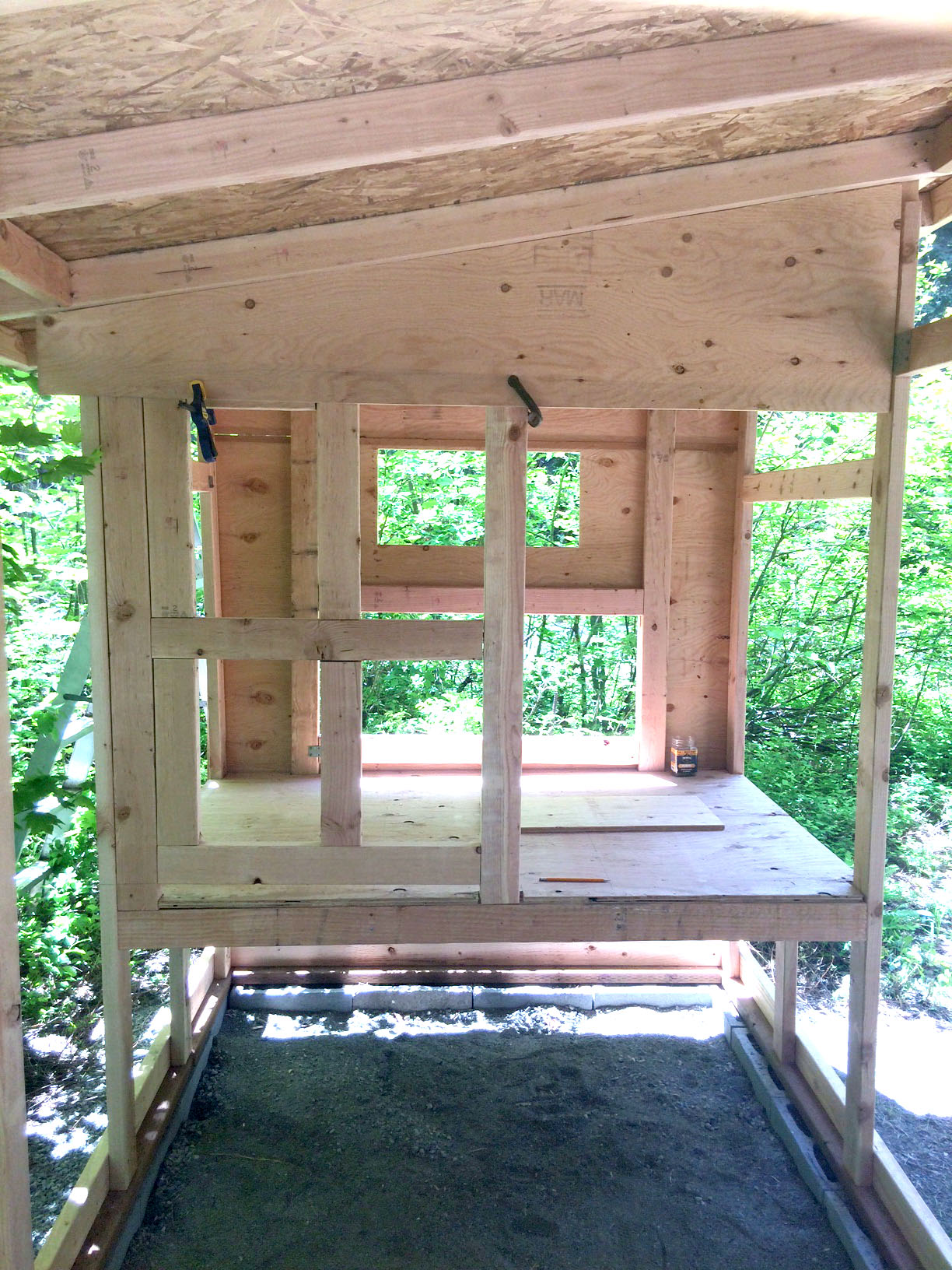 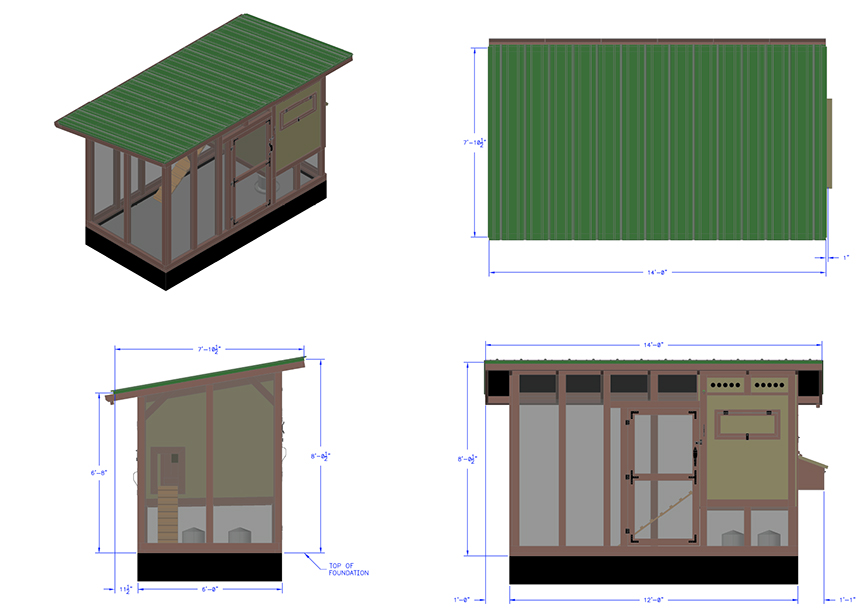 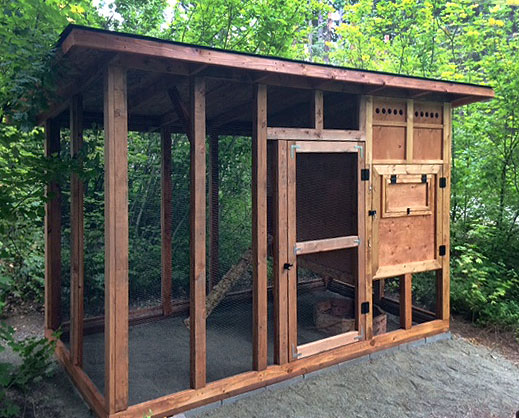 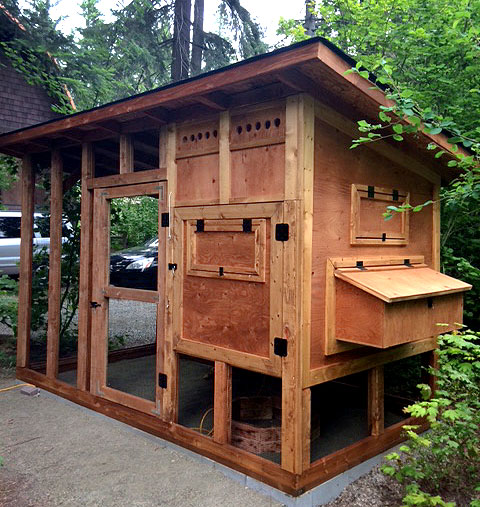 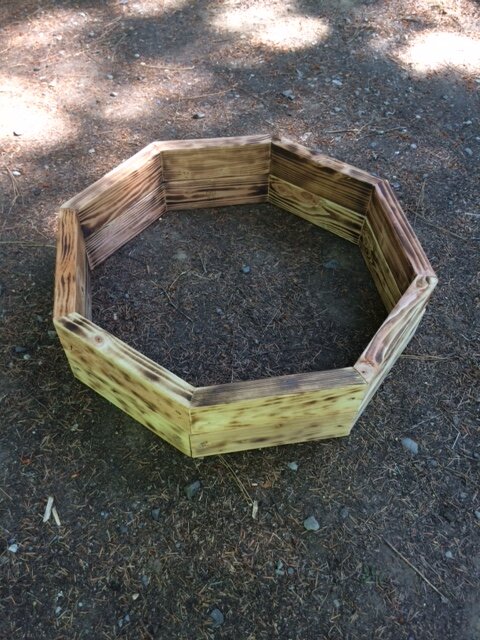 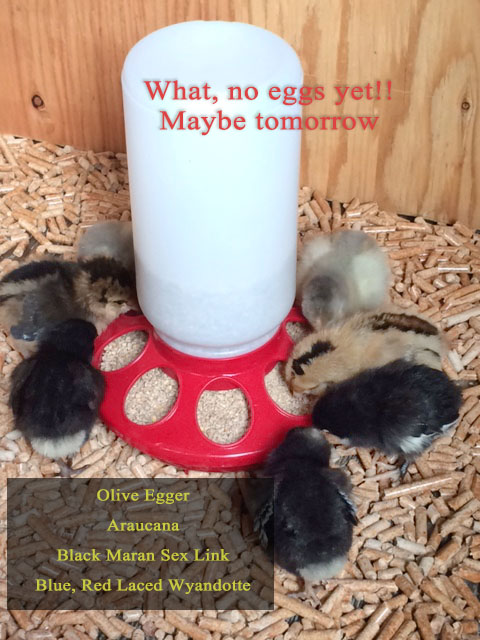 Do you have any pictures to go along with your article? That would be a nice addition!

N F C said:
Do you have any pictures to go along with your article? That would be a nice addition!
Click to expand...

There are numerous photos in the gallery tab.

BakkDad said:
There are numerous photos in the gallery tab.
Click to expand...

Sorry, I missed that!

N F C said:
Do you have any pictures to go along with your article? That would be a nice addition!
Click to expand...

Let me know if I did the article correct for contest entry.
That is a beautiful coop! Nice feeder too.
You must log in or register to reply here.