She's looked like a fully developed hen for 4-6 weeks or more. Huge red floppy comb and wattles. She's been going in and out of the nest for that long too. She doesn't really squat much, but seems to be starting a bit.

She free ranges, but I kept her locked up for 3 days a week or two ago to see if maybe she was laying in an unauthorized nest, but no egg.

She's also got tiny spur nubs. And tried to crow the other day. (Very poorly, but she tried.) She's definite girl like in the way she holds her body and demeanor though.

Is it possible she's intersex? Or just a late bloomer?

Photos would be helpful to verify that she is indeed a pullet!

swamphiker said:
Photos would be helpful to verify that she is indeed a pullet!
Click to expand...

That would be very helpful! Maybe you have a rooster that looks a bit like a hen? Or it could be a late bloomer hen that crows!
C

Let me go get some.

Here's some pics of Edna. She's a witch. But I love her anyway and would hate to have to eat her for being defective. Highlighted her spur bud. 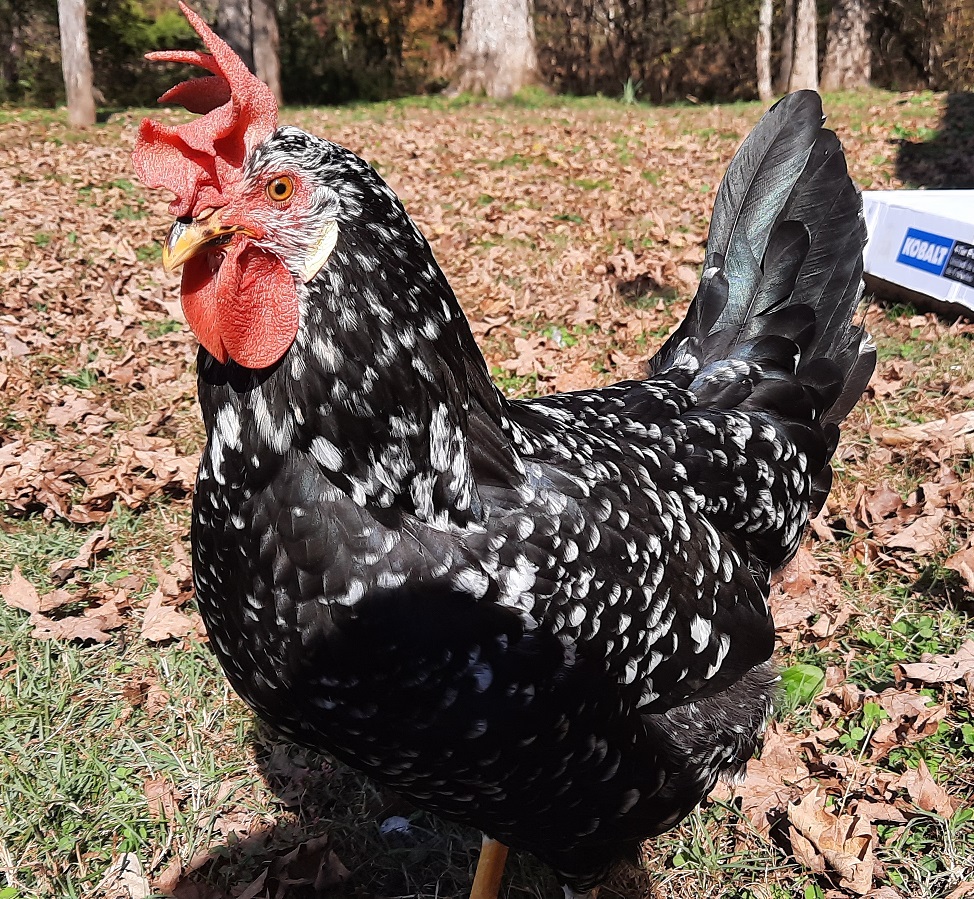 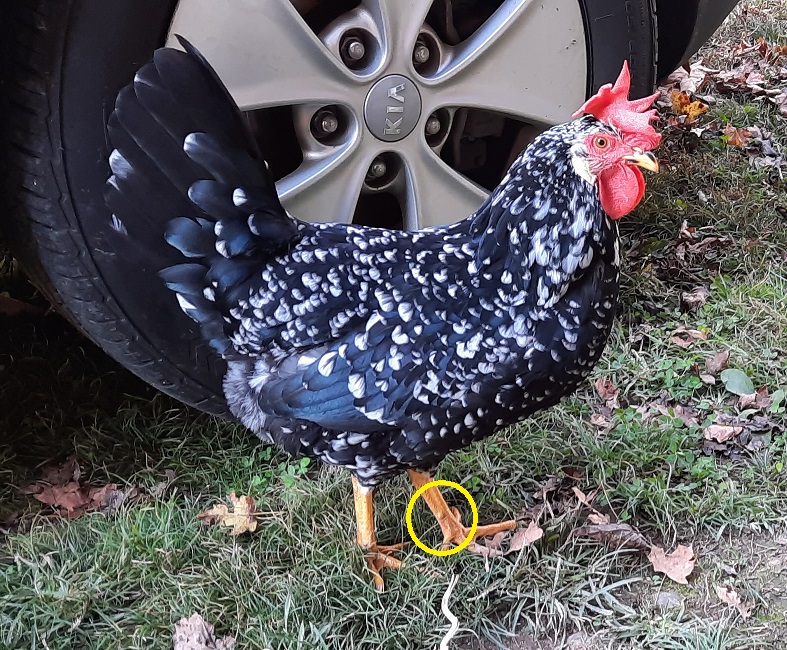 chickfused said:
Here's some pics of Edna. She's a witch. But I love her anyway and would hate to have to eat her for being defective. Highlighted her spur bud.

Yes, but is she potentially intersex or defective? I thought Anconas were supposed to be early layers?

I’m not familiar with anconas, but my hens are rarely laying, its darker earlier, so if yours never layed, she most likely won’t until spring.

But mine layed so good for so long.
C

Where I live, all of her same age flock mates are laying 5-6 eggs per week to this day.

26 weeks not laying yet?

She layed her first egg!

Momma Hen - When do they cut the cord and lay again? 13 weeks now