so ive got a feisty ee and a pretty mellow e.e. both are three weeks old....both are from the same feed store. my dark one, elenore has such a kick and will to live when i pick her up, she just hates me....and my light one, darla screams alot, but is easier to handle. why cant they be easier to sex at this age?!?! heres pics of them. i guess my question is....would their attitudes make them different sexes? my phone cant quite capture their image as a well as a camera could, but my guess is that it wouldnt matter anyhow, as their sexes might be too soon to tell. eeers are so tough. i have put way too many posts on this forum, but im a newcommer and im so worried all the time... any suggestions on anything? any experience on their "youngness". need i wait a few more weeks to know anything???? 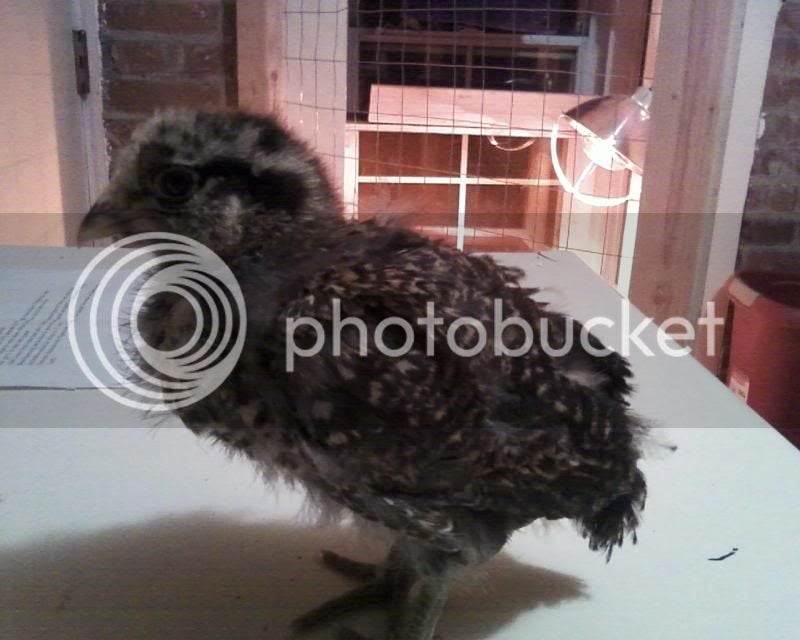 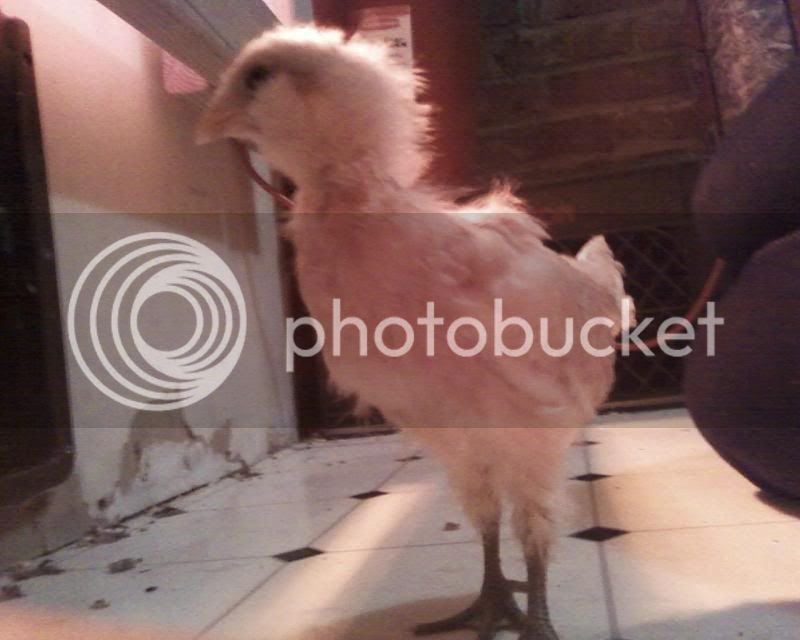 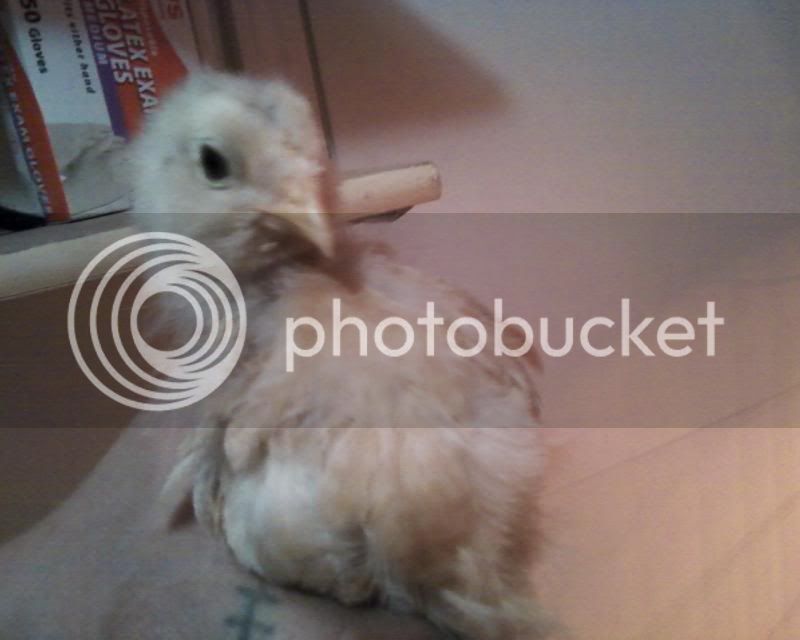 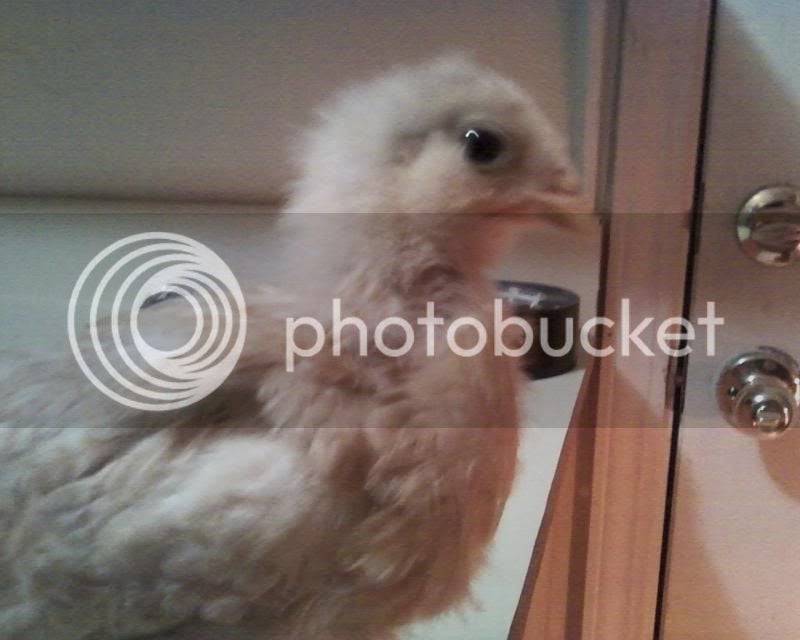 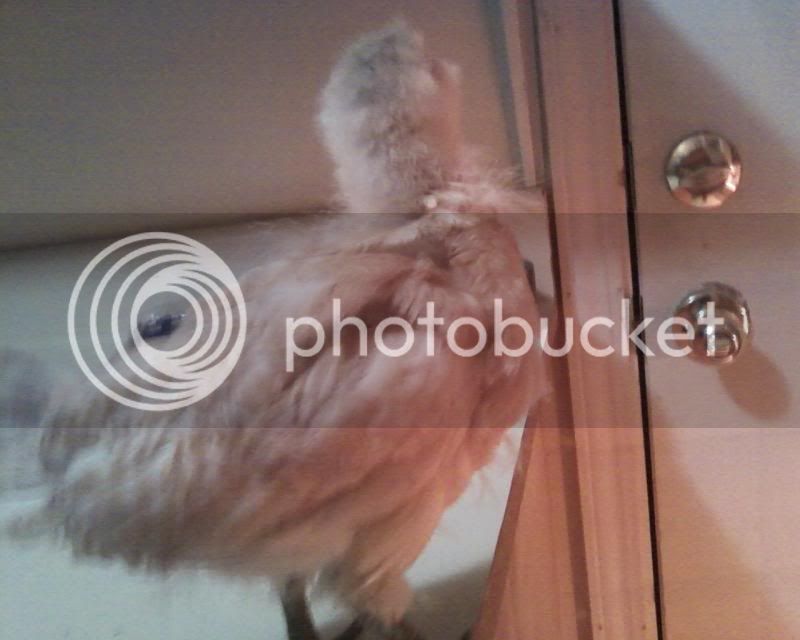 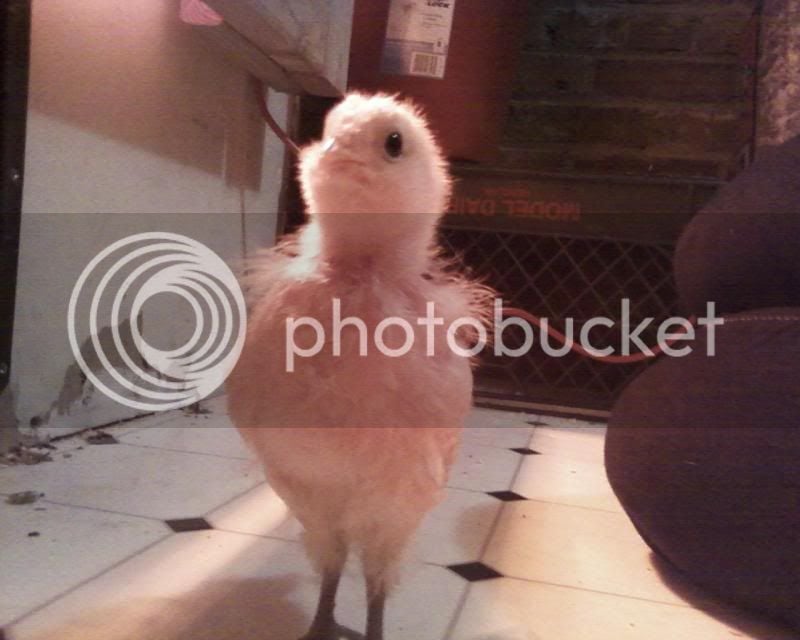 im going to post this in the breed/gender section along with my "red sex link". i dont know why, i think im just extra nervous about my babies...i couldnt " cull" any one of them bven if i tried.

Your pics are good despite being a camera phone. I cant wager any guesses on sex yet though. I think they will calm down and be more friendly as they get older. And remember- treats go a looooong way in their little minds! I think scrambled eggs, yogurt, cantalope, or other soft foods are safe for them at their age, but you might want to give them grit so they can digest it better. I have given my 3 weekers worms and moths before with no problems.

Ask all the questions you want- thats what we're here for!!

wow, youre a total sweetheart compared to alot of people ive come across here. ive been giving them a broccolli/carrot/dill/sand mixture and they seem to be comming around. thats whats most important to me since they are my pets #1 and my egg layers # 2!

My two EE chicks are about the same age as yours and quite feisty as well. One of them I named Desdemona - she(?) is my demon chicken. LOL She's forever chasing the other three chicks around and giving me the stink eye whenever she thinks I might want to pick her up. The other I named Squeakers because she squawks fit to bring the roof down on us whenever I pick her up.

I'm really hoping they are both girls.

I have an EE who is laying, and she's friendly, and was very outgoing in the brooder. She wasn't "top chick" though, although I think she IS Head Hen now. (Hard to tell when there's a rooster, because HE is top of the pecking order.)

I have four chicks in the brooder right now, one is a (currently) white EE, and she's also not the top chick. Neither is the Delaware pullet/chick. Of all chicks to be in charge, the Top Chick is a Golden Sebright! (I also think it may be a roo.) It's pretty funny to see a bantam rule the brooder, as the EE and Delaware are much larger than the two Sebrights.

3 weeks old is pretty early to know what they'll turn out to be like as Big Chickens, especially once they start to lay. The hormones kicking in can change what you THOUGHT they were like.

And do NOT worry about the number of posts in asking questions - that's how so many of us learned here on BYC.

I have two EE's that are very similar to yours: one dark and one very light colored. One is totally fine being held, the other one screams her head off! But they change every day, and I second the comment about the treats...makes all the difference in the world!