A Question of Color

Hi, I am relatively new to raising turkey poults although I have had adult toms and hens years ago. So all this has been an "experience" to say the least.

Two months ago my daughter brought me four turkey poults that were advertised as being "bronze turkeys". Since then I have pretty much determined that they are probably half bronze - for the most part and probably Narragansett. (Of course, I'm the first to admit I have no idea what I am talking about and only going by what I have researched!)

They were all born around April 1 and were all the same size as 3-5 day old poults. Since then, I have one black, white and gray tom that is huge compared to his cage mates. Two that are "mostly" a bronze color (and hoping one is a hen). However, the fourth one, which has been strutting and acting like a tom, has also changed colors to a greater extent than any of the others.

This one started out as pretty much black with white bars. The first pic is what he looked like approximately 3 weeks ago.

Then a few days ago, I noticed he had developed several soft gray or silver spots along the back of his neck, sides and on his wings.

Anyone have any idea what his breeding and color may be? 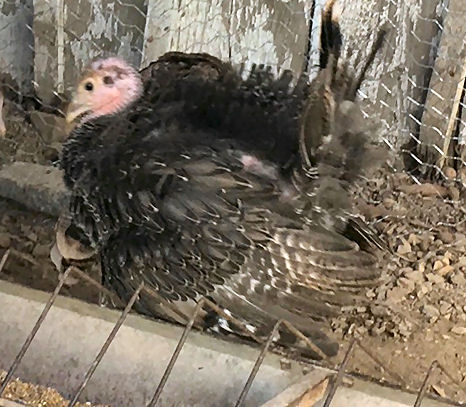 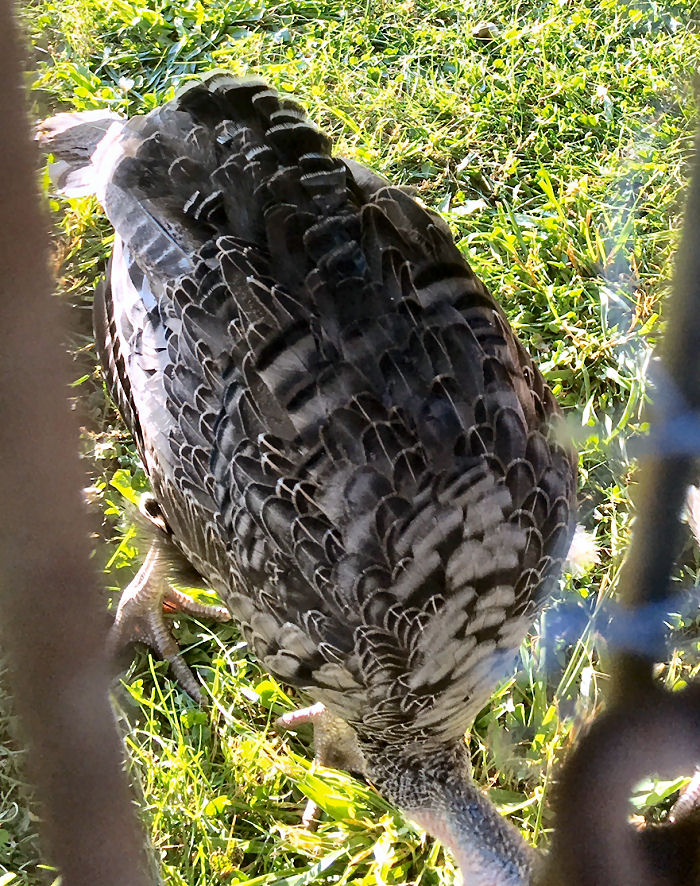 Flashpoint said:
Two months ago my daughter brought me four turkey poults that were advertised as being "bronze turkeys". Since then I have pretty much determined that they are probably half bronze - for the most part and probably Narragansett.
Click to expand...

The only difference between a Bronze and a Narragansett is the presence or lack of the recessive Narragansett (n) color gene. All the rest of their color genes are the same.

Check out the different color varieties at Porter's Rare Heritage Turkeys and look at the Phenotypes and Genotypes page also.

R2elk - Thanks for the reply and sorry for the delay in responding.

I did go to Porter's several times prior to posting and spent a few hours reading and flipping back and forth between pics and descriptions. Maybe because I was tired or just old (hehe) I finally decided it was one of the silver variations. I think I was just looking for confirmation on that.

That said, I did not see either parent as the poults were basically gifts. I do have an idea where the place is located that my daughter bought them and may take a trip down to see for myself. Will still be around a 100 mile round trip and I usually "try" to avoid those. But - I have driven myself crazy trying to figure it out, so I may as well prove I am by making the trip.

Part of the problem may be that having four poults that are all pretty much "different", that the parent tom to hen combo may also be different for each of the poults! According to the daughter, there were turkeys everywhere. :O

Right now I seem to have one Silver (not sure if dapple or mottled) tom (watched him gobble), one dark bronze (hoping hen) and one light bronze with a "lace" looking pattern to the feathers (also hoping a hen), and a very large oddball colored turkey that I THINK is a tom based on size and thickness of legs, but have yet to see this one do or say anything "tom'ish".

I am sure time will tell.

C
Different colored turkey poults and how to breed them