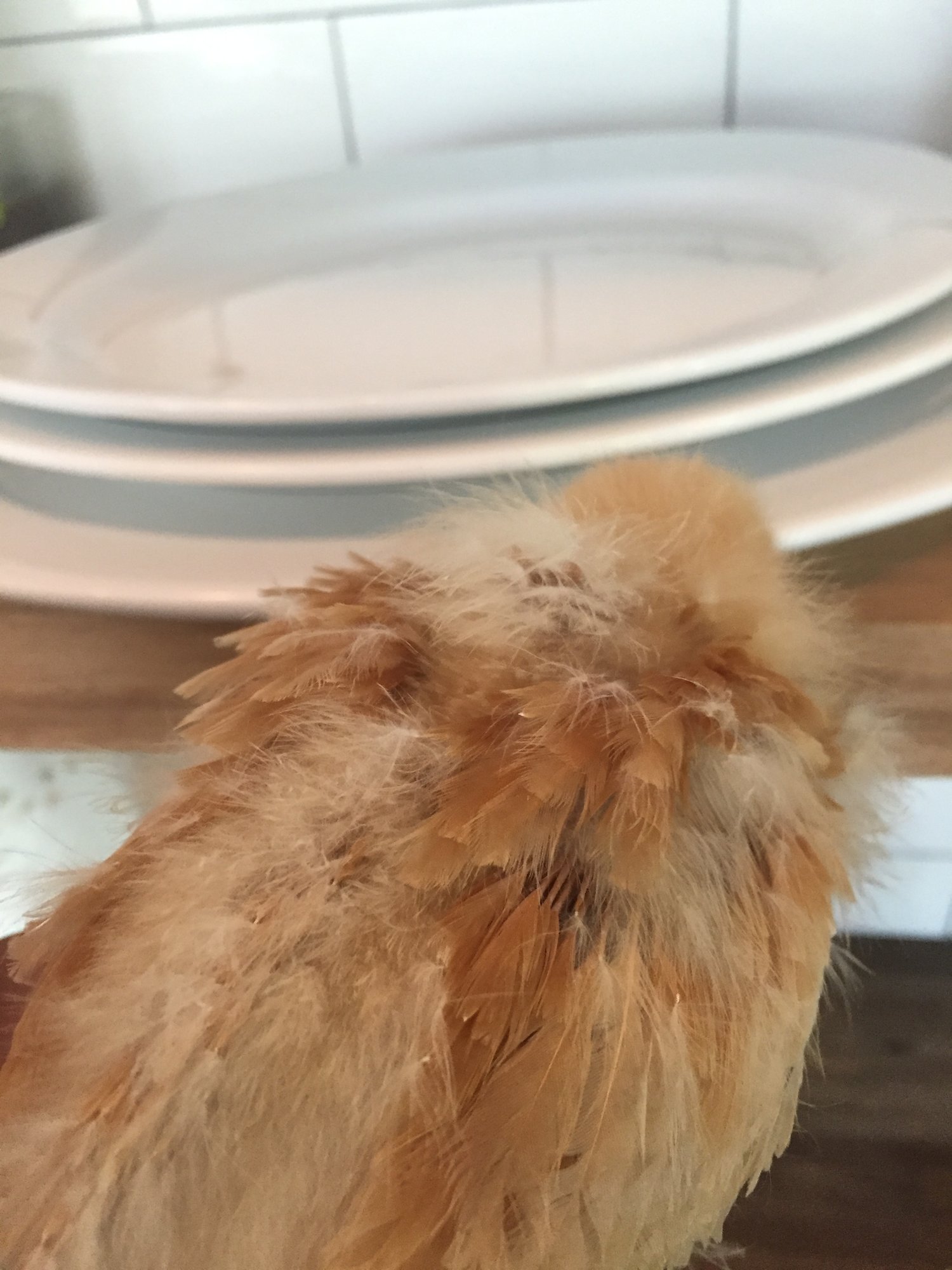 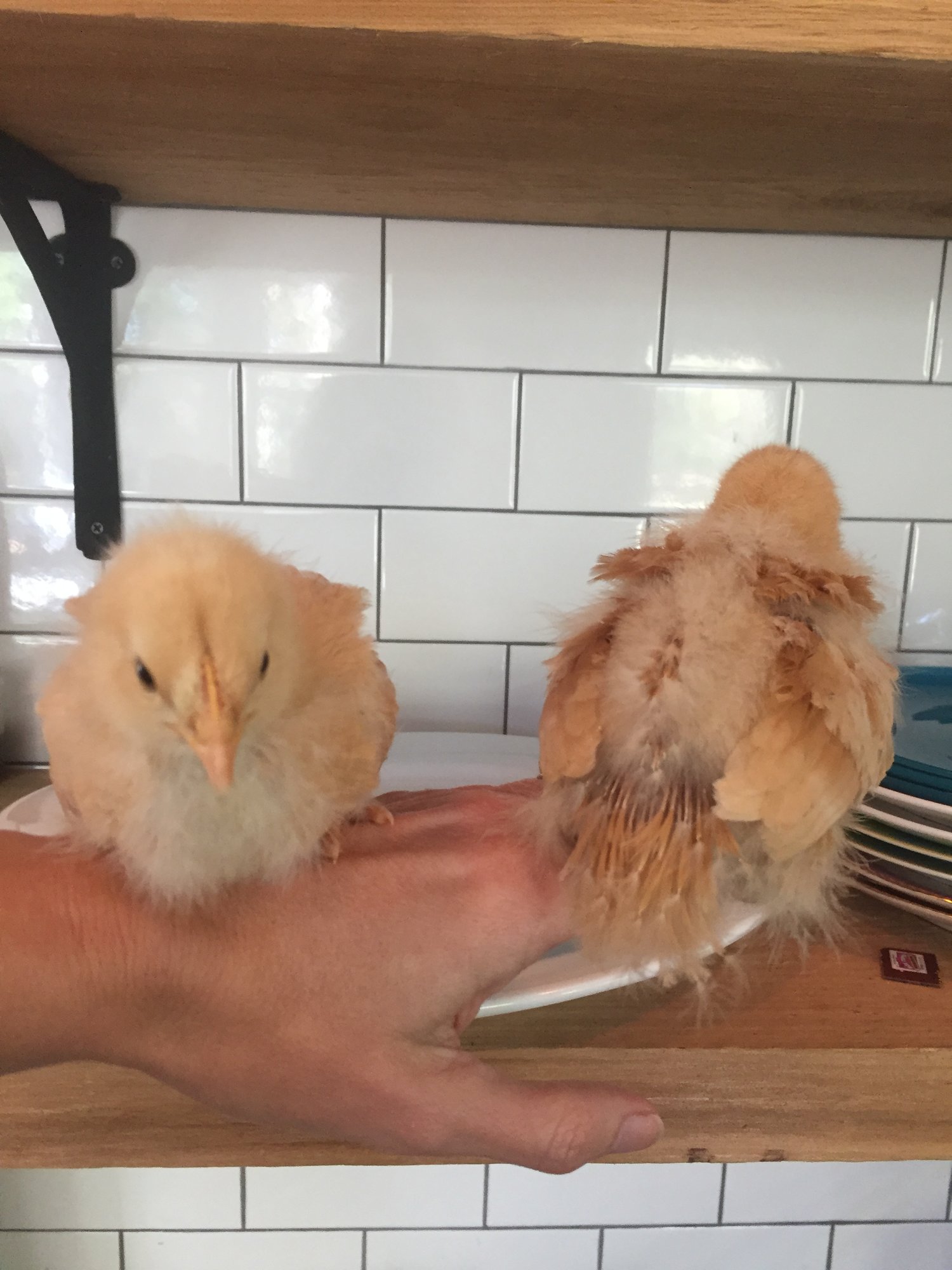 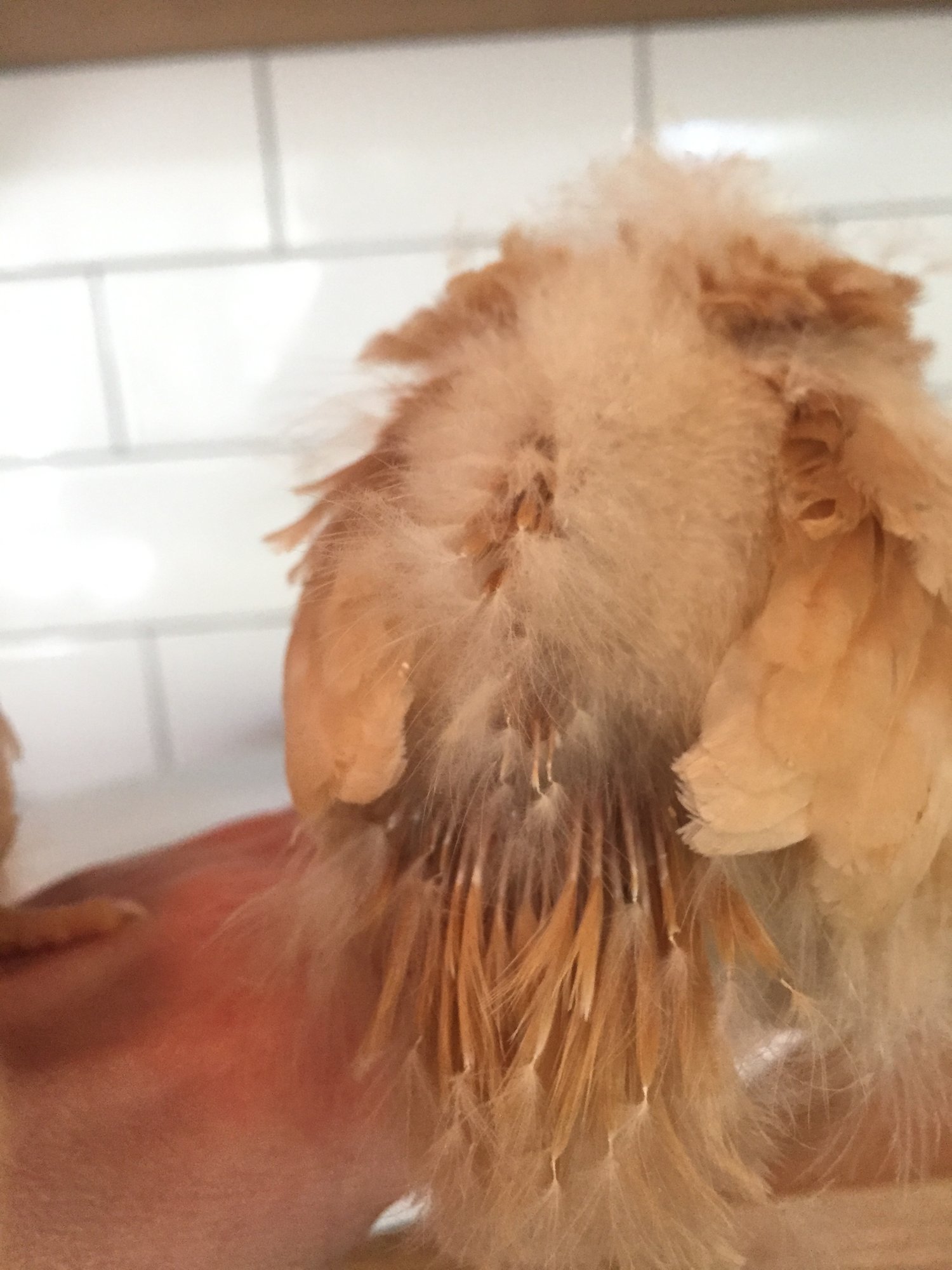 Hi, is this typical feather development? Chick is an Orpington, about 2 weeks old. In an indoor brooder with Heat lamp on 80% of the time (just started intermittently turning it off. Would these type of feathers make this chick extra sensitive to touch (I’m new and just read about blood feathers and how it can be a painful grow out).
Thank you

thank you- i was concerned about handling her too much if she was extra sensitive.

That type of feather doesn't seem to bother them when they are crawling under a broody hen. I personally would not be concerned about that. You can get so many warnings on here on a huge variety of topics that it can paralyze you. In general the chickens don't care about them as much as humans. Pay attention to warnings but kind of use your own judgment and see how they react.

That will look worse before it looks better. I can that the vulture phase. My wife saw several three week old Black Australorps perched in a row and said they look like vultures. That's just a phase they go through with the feathers growing out unevenly and mixed in with down, which can be shed. That actually looks a little smoother than I'm used to. By the time they hit 4 weeks or so they will be fully feathered out and look very nice.

They will go through two juvenile molts before they get their adult feathers. They outgrow their feathers and need to replace them. So be prepared for them to look kind of scruffy later and to see feathers flying all over the place. That's also normal.

The blood feathers could make the chick extra sensitive. Some chicks fuss when being picked up and some don't.

thank you both for your advice! much appreciated

Will it be to cold? Moving chicks to the garage.

Feather sexing? How to?