Everyone is telling me that my blue Orpington/Cochin cross is a rooster and I’m in denial! I’ve added way too many pictures so you can get a great look lol I love this chicken and I can’t have roosters so I’m a little upset about it lol I was told it was a pullet when I got it. Yes I already know it’s most likely a rooster but I can’t seem to rehome it until I have at least several strangers confirm my fears.

is there anyway this could still be a hen?

also in question- I have a salmon faverolle that has pullet feather coloring, but otherwise looks suspiciously male? It has much smaller muffs and beard, it’s neck feathers/beard is black, it’s had a bright red (but very small) comb since 5 weeks old and it’s feathers are just a tiny bit darker Brown than the others. Feet, legs and body are the same size As the other pullets in the group. Any one want to weigh in on this one too? I haven’t found anything that says SF roosters can have pullet coloring. 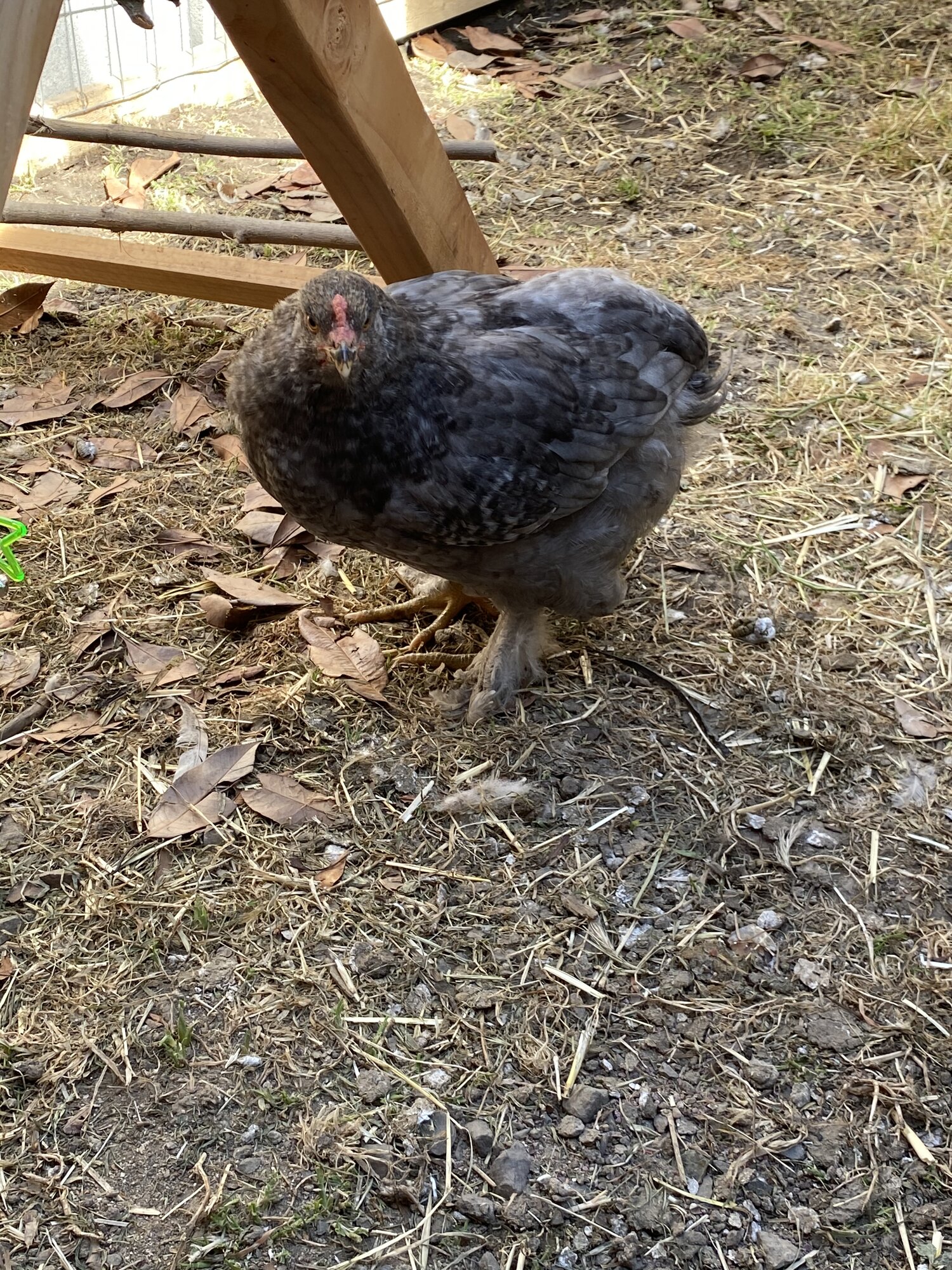 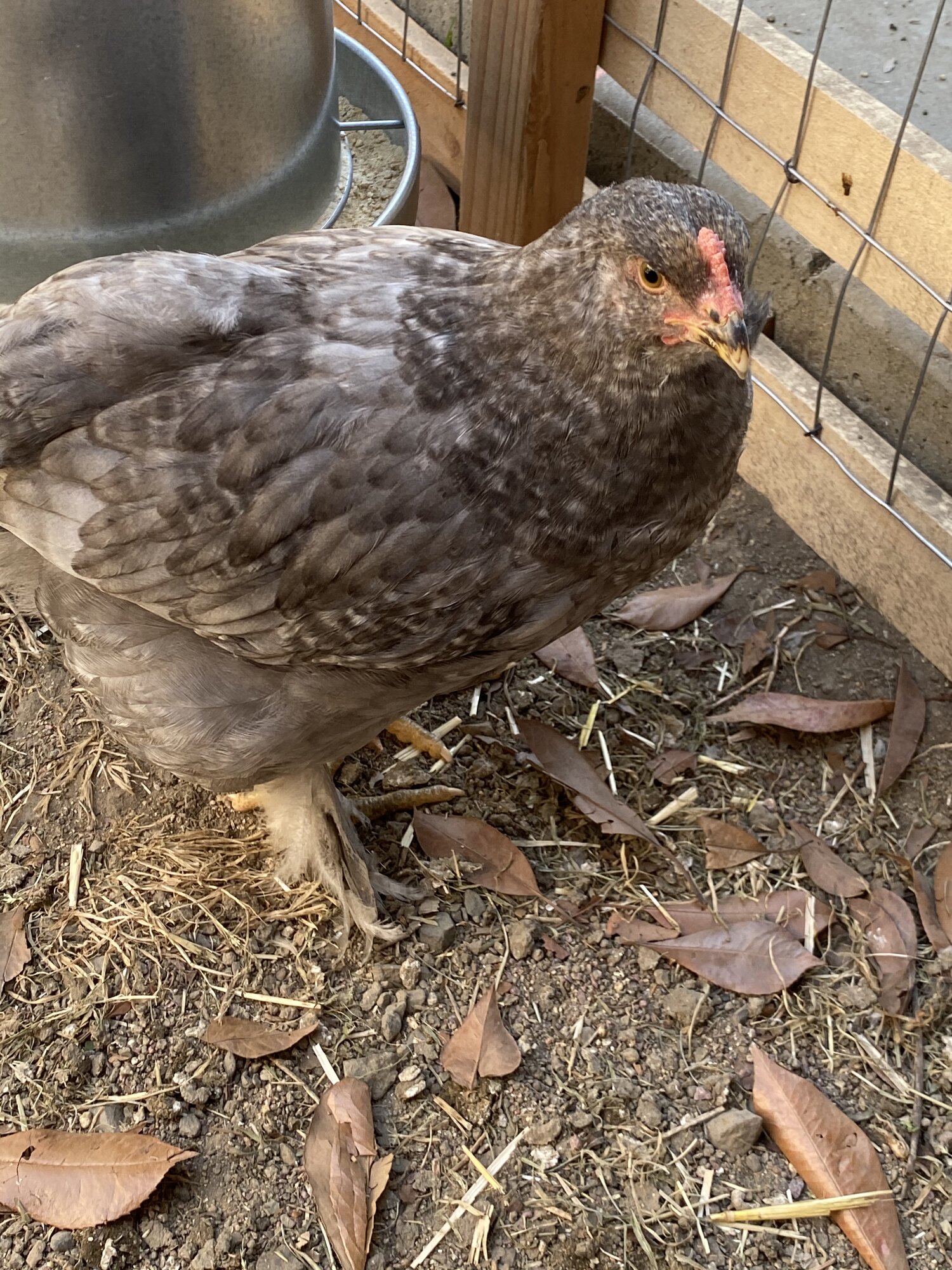 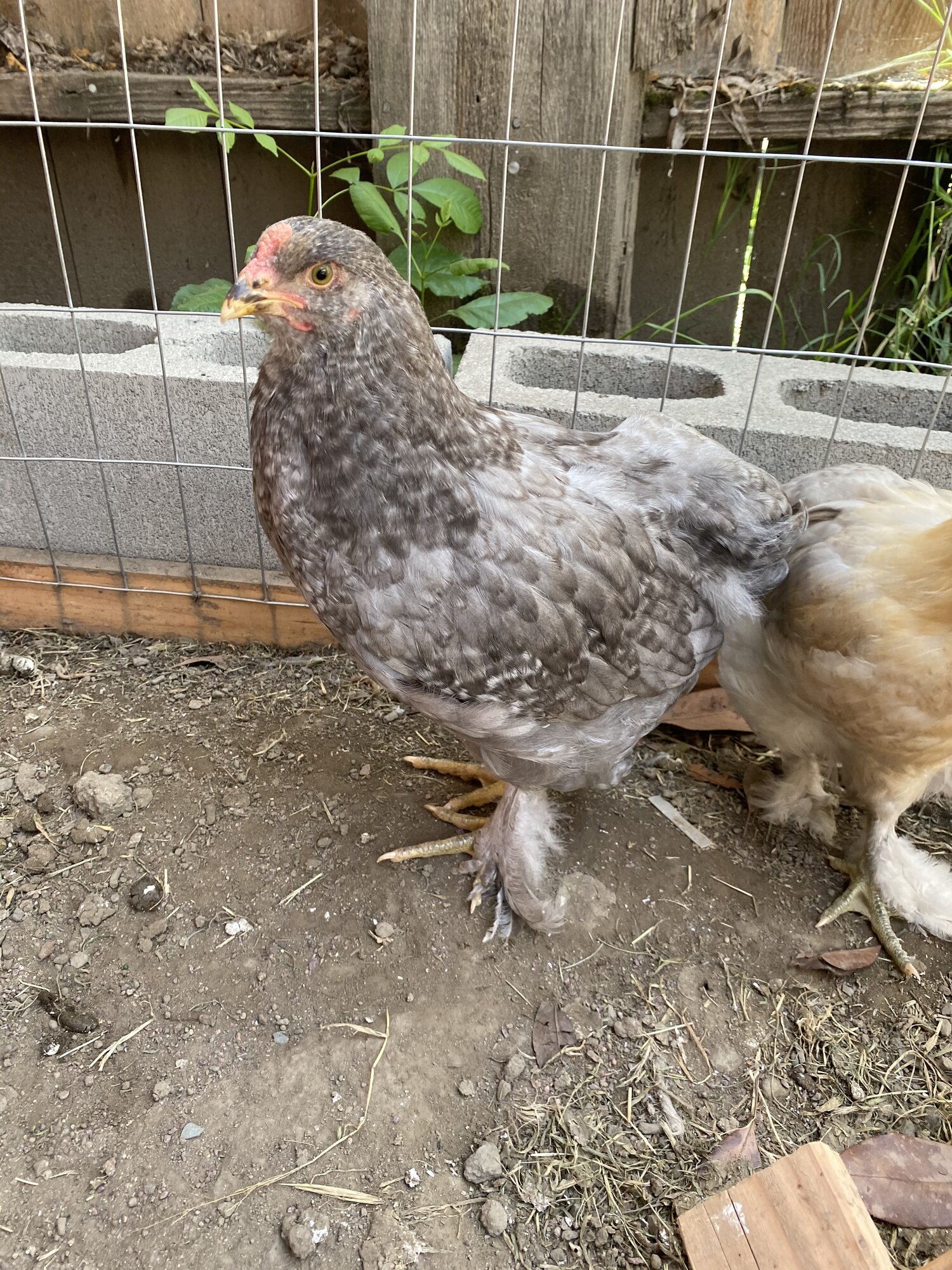 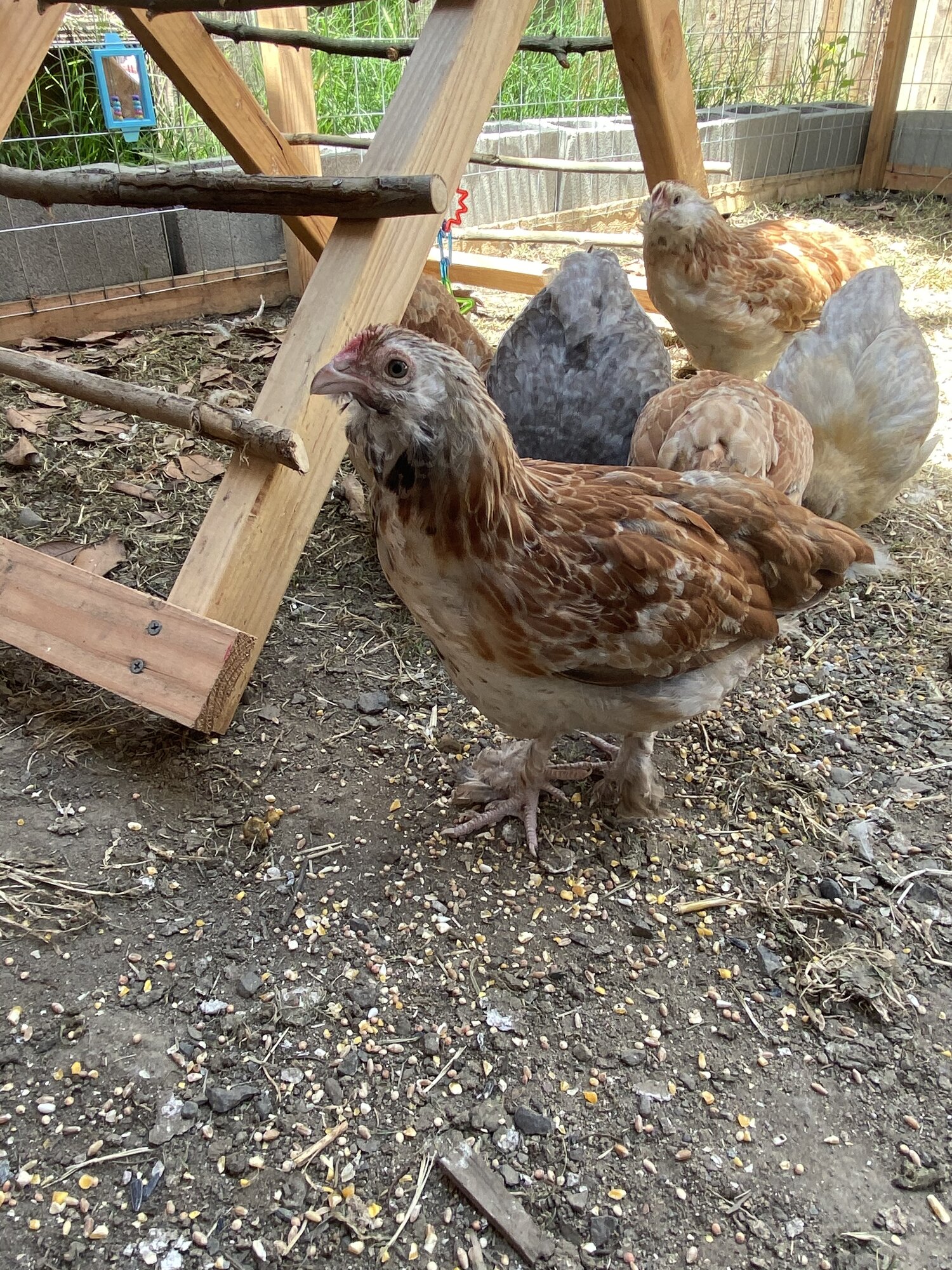 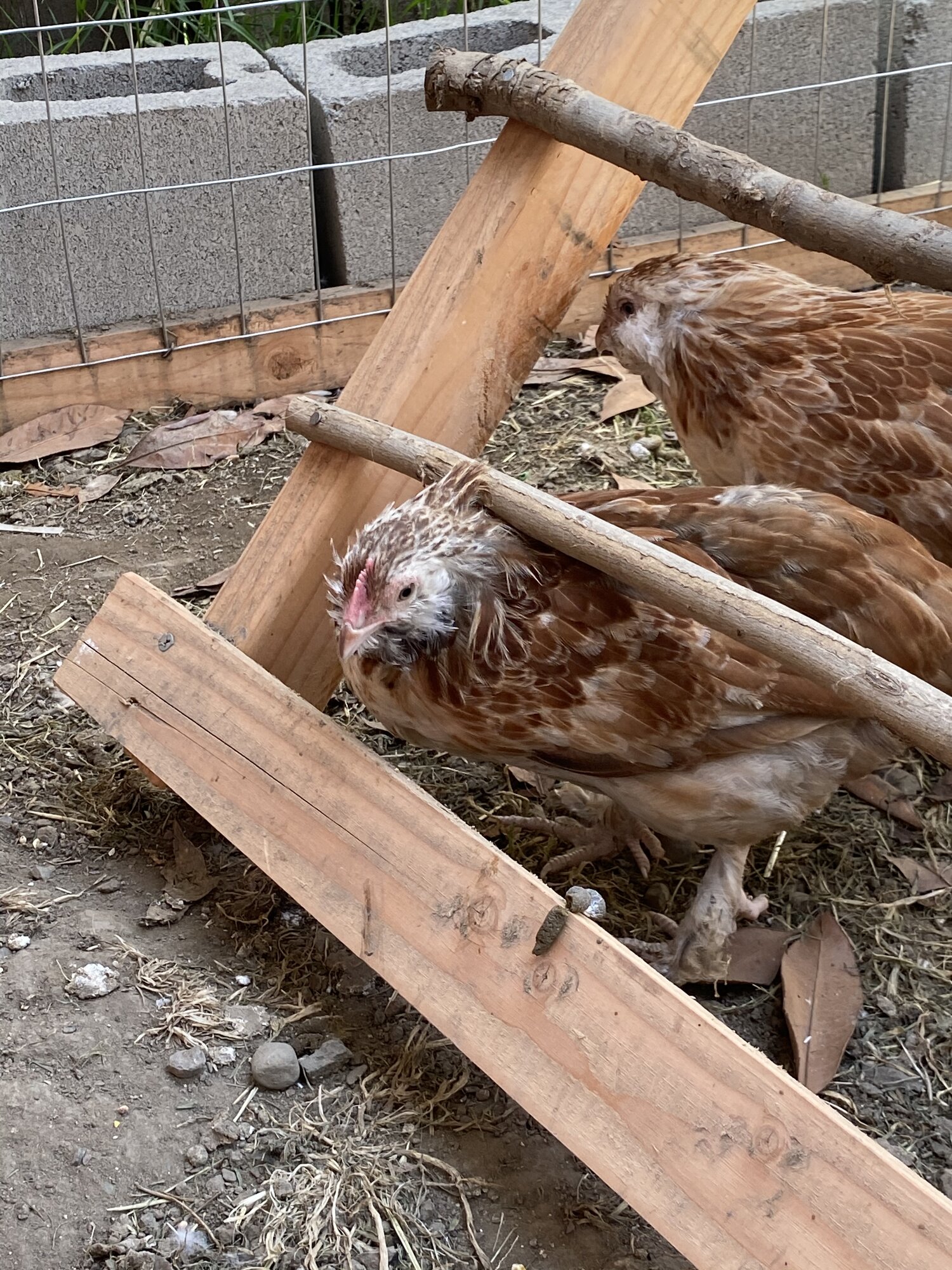 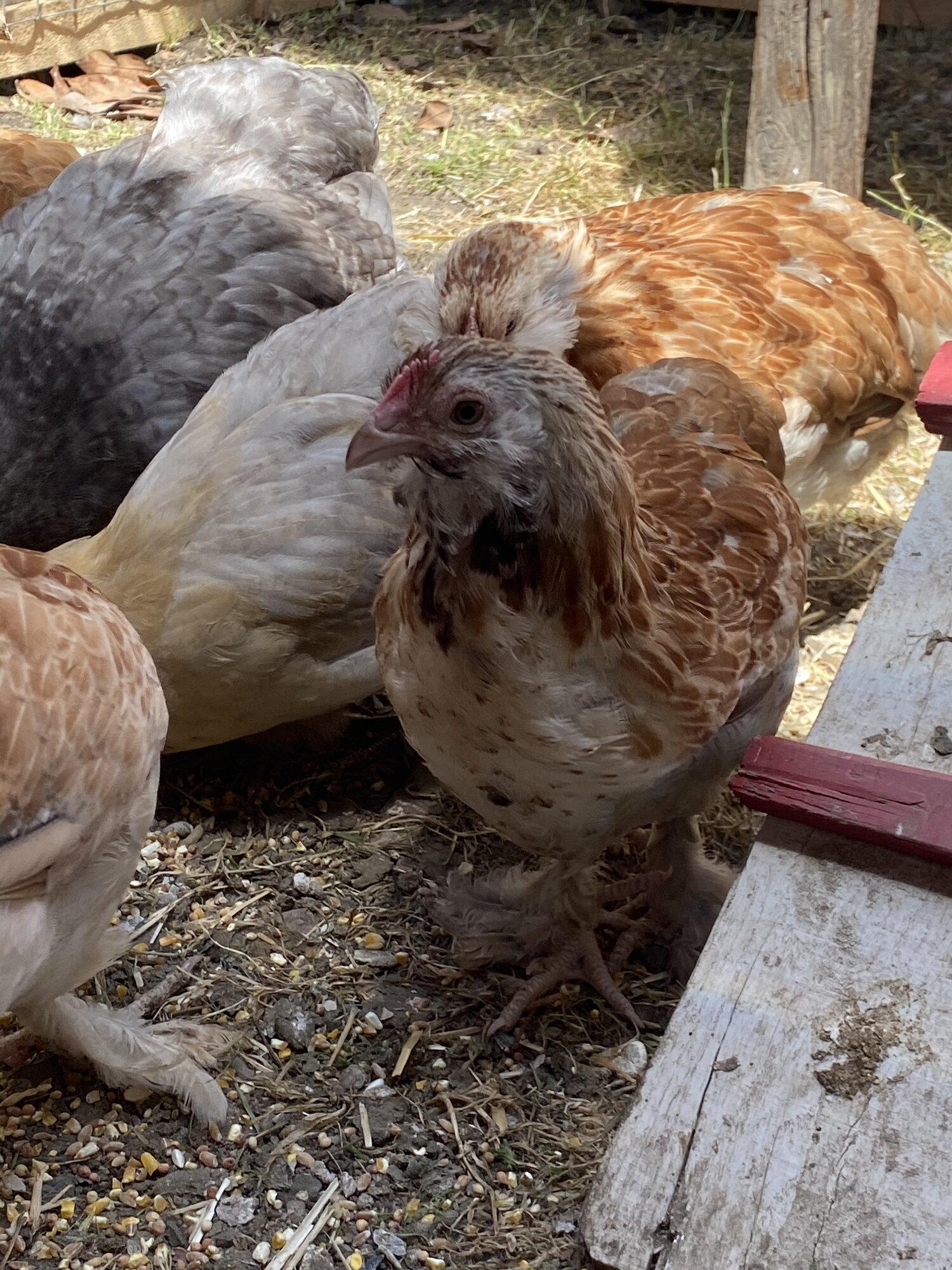 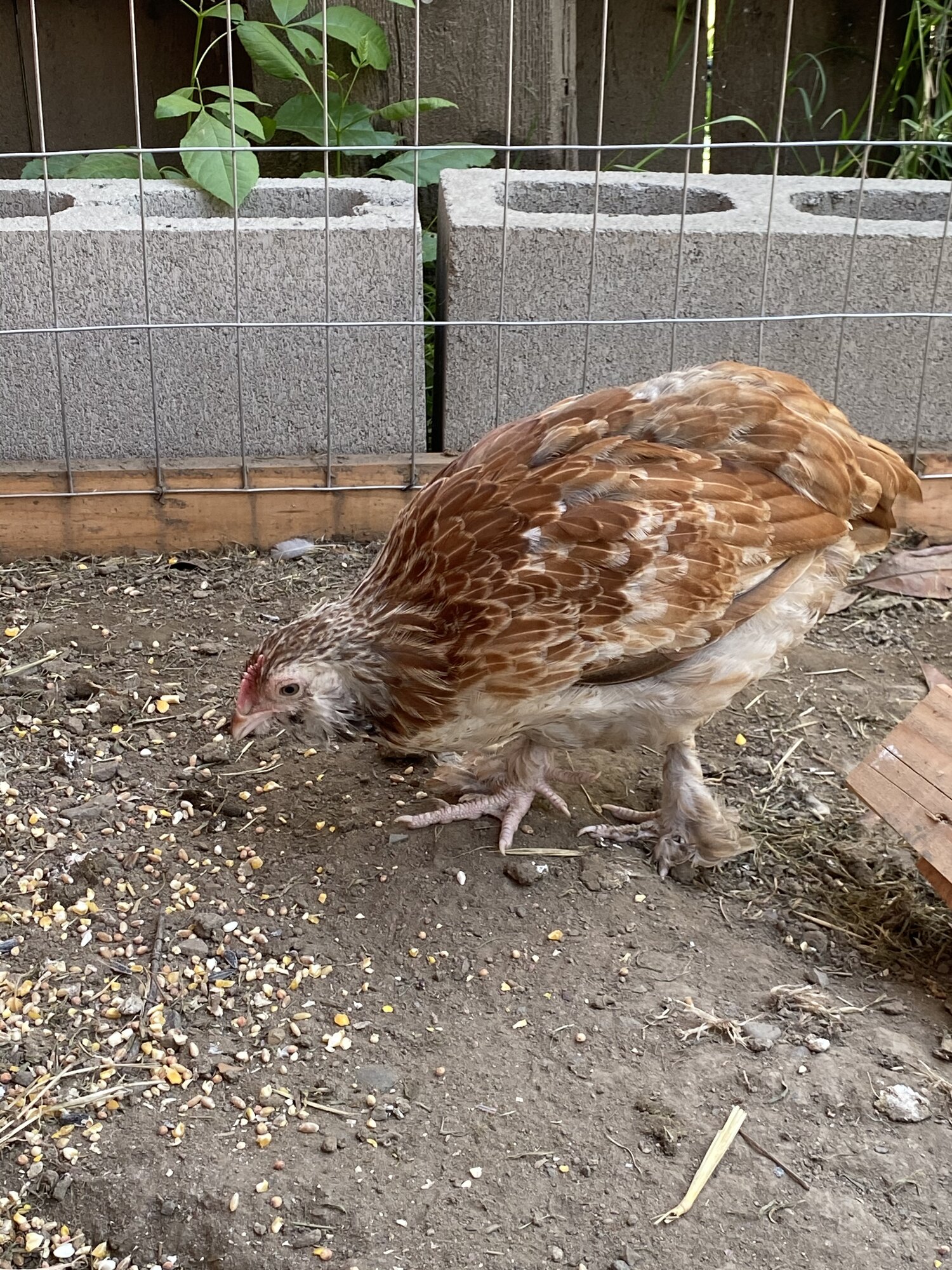 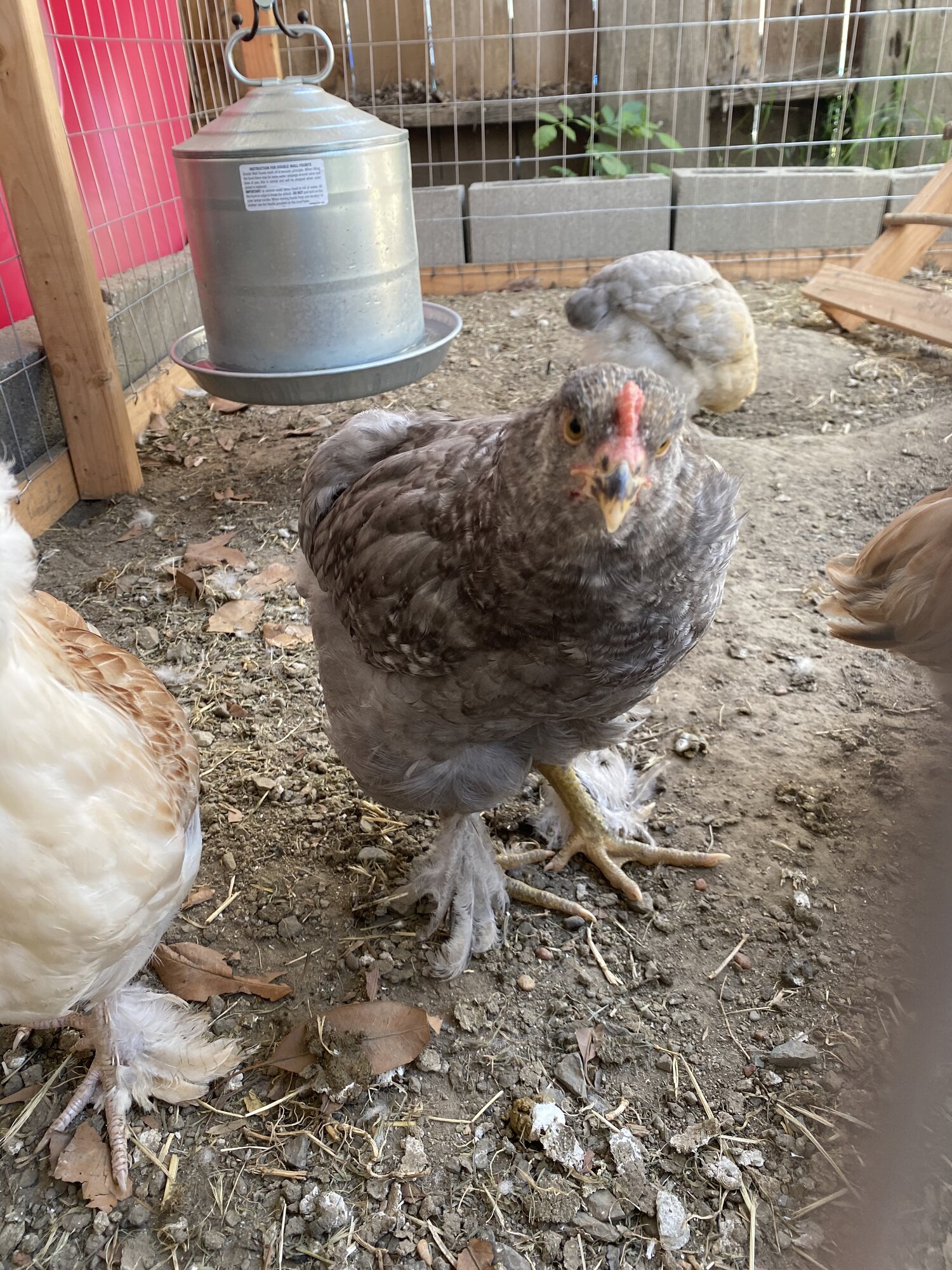 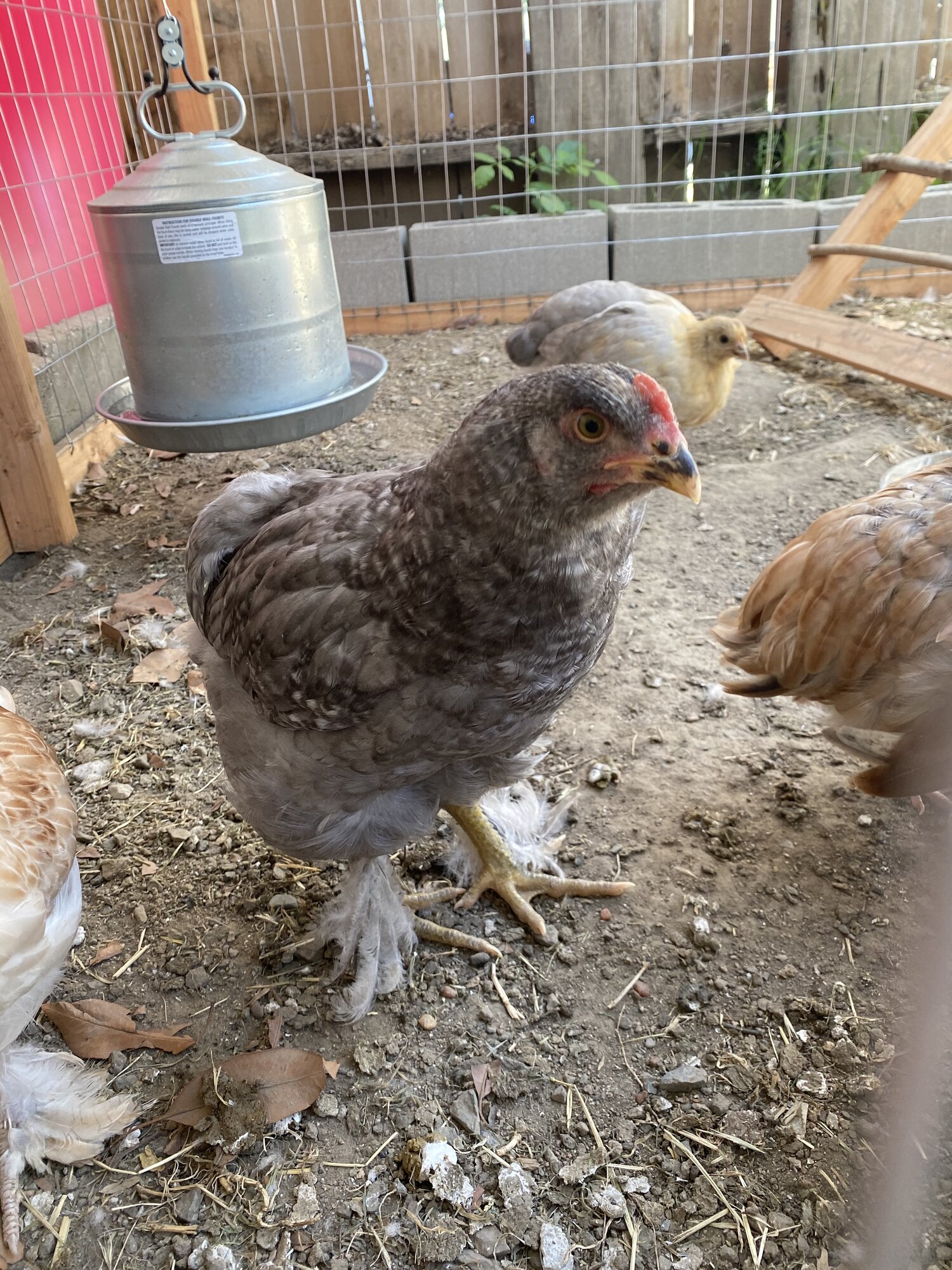 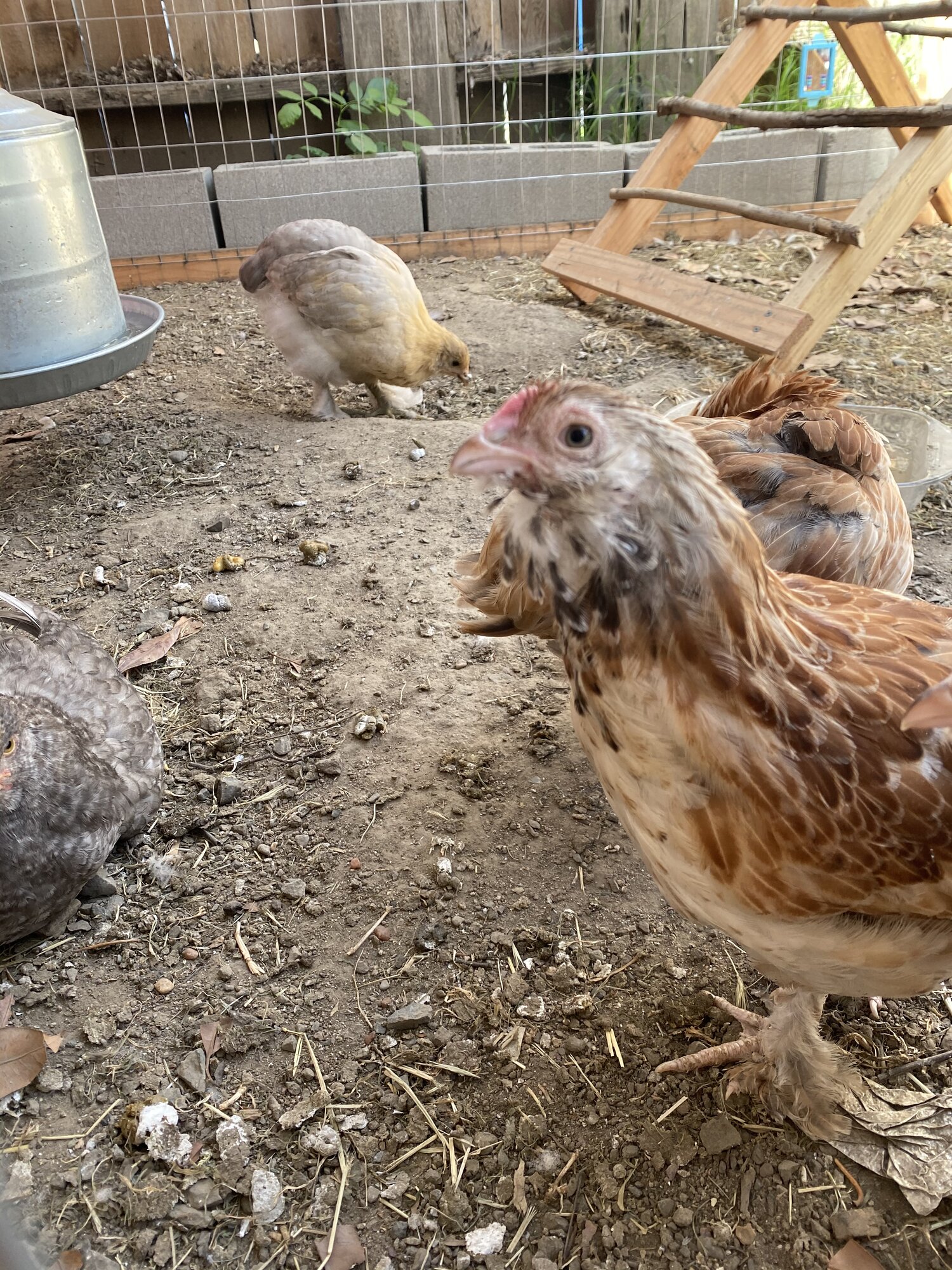 That's a cockerel. The salmon favorelle has female coloration but a pink comb, I am going to say pullet. Hopefully she is