Anyone have ideas/suggestions/plans for an A frame coop?

I'm looking for a simple coop design that can house up to 4 chickens with a built in run so that they can stay confined when I go away for the weekend.

This is what I came up with: http://handcraftedcoops.com/small-portable-chicken-coop

Has anyone built a similar style coop? Have plans? Have feedback/warnings?

Is there another style of coop that would work better?

We built one. I found the plans for free off the net somewhere...I'll see if I can backtrack it later (trying to get us out of the house). But there were a few issues with the plans. One is the way the bottom was designed, there was a large crack where the bottom meets the side, and stuff falls out (and why hubby didn't figure that out and do something about it, I do not know...). There also ended up being large cracks on the end. I don't mind, as it is extra ventilation, but I worried during the winter about drafts. It's too heavy for one person to move, so our A frame is now stationary. We never put hardware cloth around the bottom as a result, since our chickens free range 100% of the time. My bantam Cochins live in that coop.

It ended up being an expensive build though.... the ends alone take 1 sheet of plywood. The floor was another sheet. Each side was a sheet. The scraps aren't big enough to use in another part of the coop, if that makes sense. I kind of think it doesn't save money to build coops unless you have free wood, after having built 4 coops now.

ETA: I canNOT find the plans we used! It was a PDF file that I downloaded from somewhere and have since deleted from my iPad. I'll keep poking, but it would be later. It's bigger than the one you would get from the free plans at Ana White. I will also post a photo of what we built. I never did get around to if sighing the paint job on it, so it looks pretty rustic.
Last edited: Apr 25, 2013

Ah HA. This is what we used
http://www.organicgardening.com/sites/all/themes/zen/og/pdf/coop_plans.pdf

Thank you so much! yeah, I'm wondering since I want to build it for under $300, if I might be better off with a different kind of coop.

I will definitely look over these plans though!

I have not built a coop I like for under $300. My $300 attempt was....bad. I bought a Pawhut coop off eBay for less, and it has held up way, way better than my home built coop that was $300. I know that is contrary to what everyone else says, but when you dont have a lot of time or building experience, it can be cheaper in the long run to buy a coop. The coops I spent more on, like this A frame, have been better, but we noticed last night there is a problem with the floor. Ugh. Hubby says its a problem with the plan. Make sure you reinforce UNDER the floor, crossbracing it, which is not on the plan.

The A frame coop 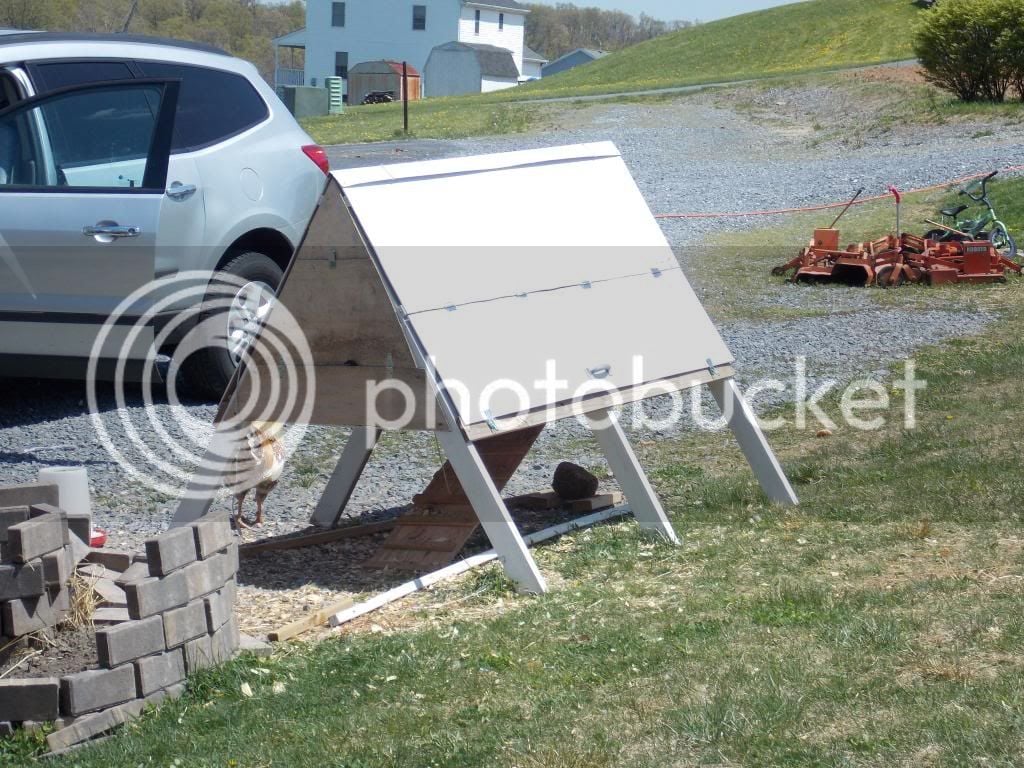 Chicken and quail in the same coop?