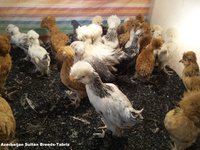 Azerbaijan Sultan
The Sultan is a breed of chicken originating in Turkey and Azerbaijan belonging to the group of crested chicken.
Its English moniker is directly culled from the original Turkish language name of "fowls of the Sultan" They have always been primarily ornamental, having been kept in the gardens of sultanate. In the West they are bred for competitive showing as part of poultry fancy, and are generally a rare sight.But Turkish White Sultans Type 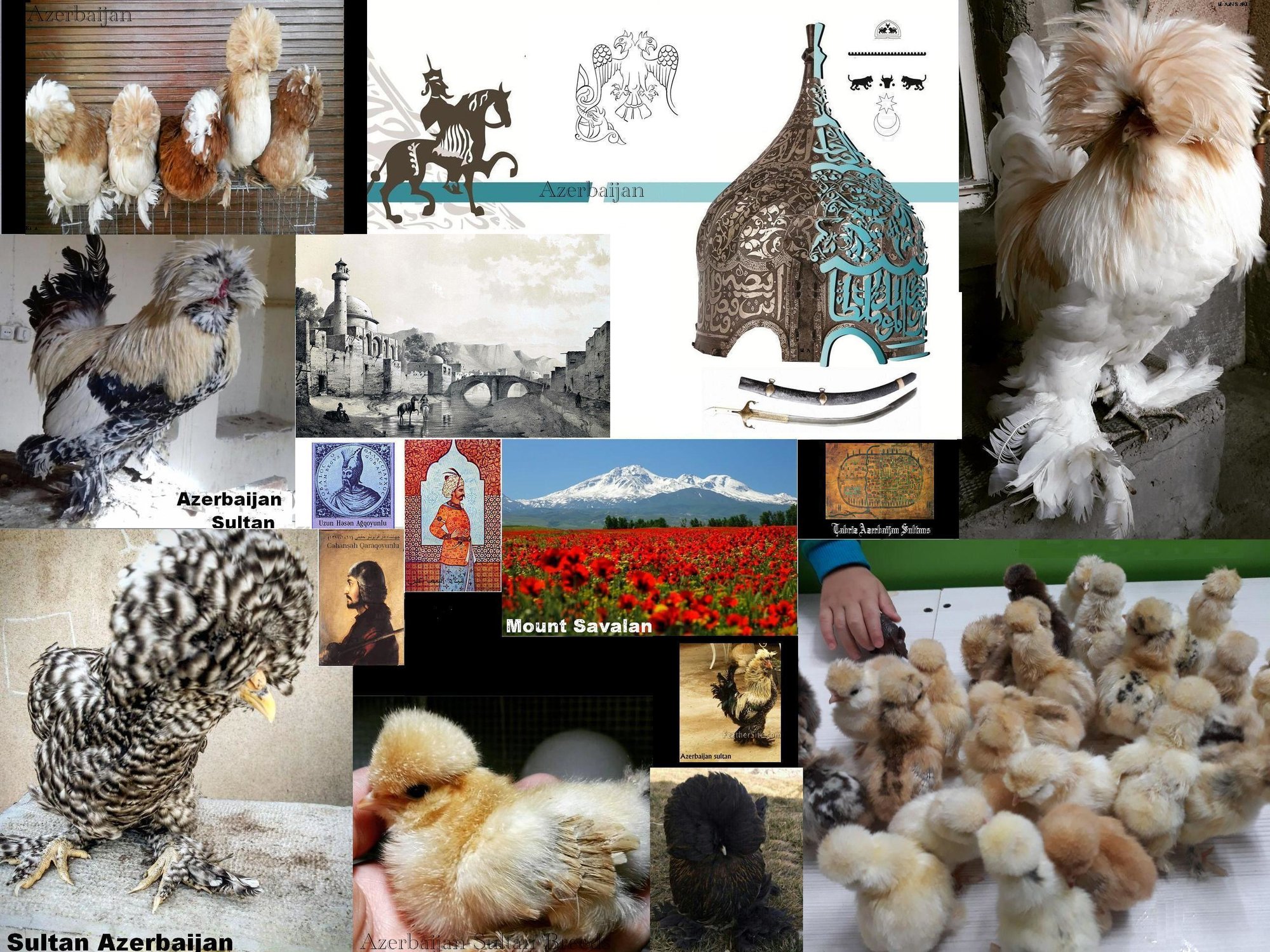 Azeri type Sultans , have a great deal of decorative plumage, including large, puffy crests, beards, long tails, and profuse foot feathering. Their small, V-shaped combs are almost entirely hidden under feathering. Azeri Sultans are also one of a minority of breeds to have five And four toes on ea.
Azerbaijan Sultans: Sultans appear in Many varieties , Red , Buff, Silver, Black , ......
Azeri sultans Compatible with cold weather, These chickens are likely to be kept for decorative purposes in the gardens of the sultans of the Azerbaijan emperors.
Other names Tabriz sultan Azeri sultan colored sultan papagli , kakilli
Country of origin: Azerbaijan Mountian village , Tabriz ,
Mr. Kia Ansari has been Research and resuscitati on with this rare breeds from 2007 to 20018,But Azerbaijan Sultan Breeds Unfortunately world Poultry Association's Not known
They are very rare now. Revival of this chicken was carried out by Kia Ansari (Livestock and Animal Scientist)
Unfortunately, this Breeds(Azerbaijan rare sultans) is still unknown in the world. 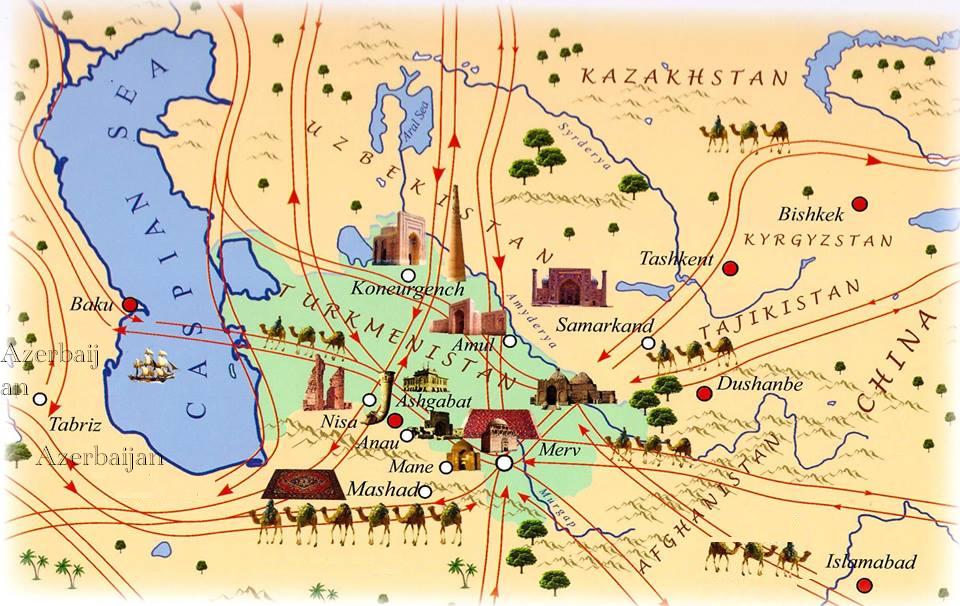 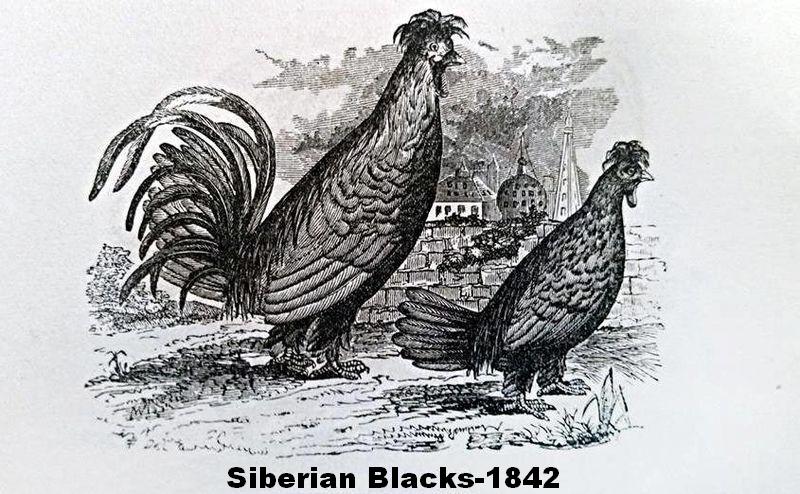 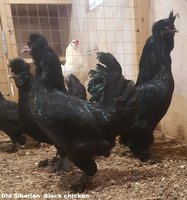 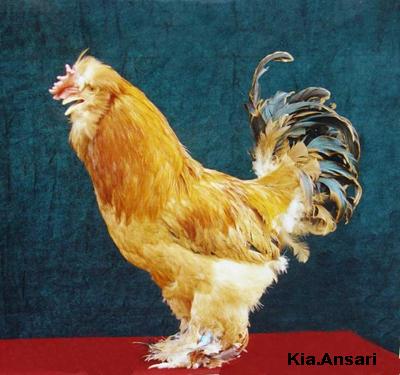 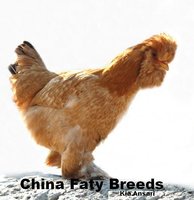 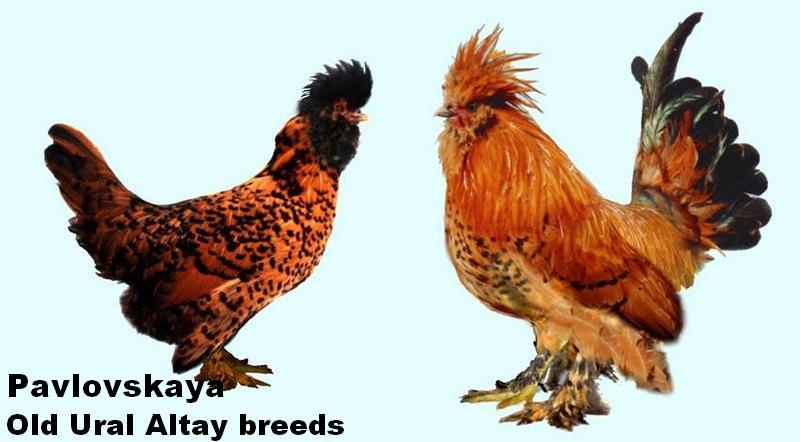 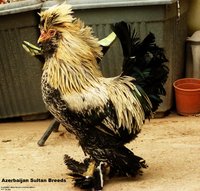 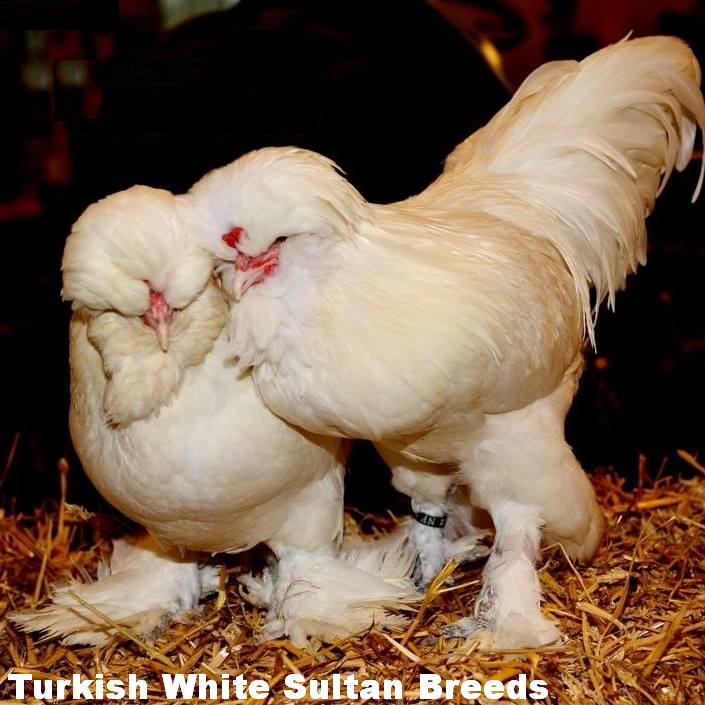 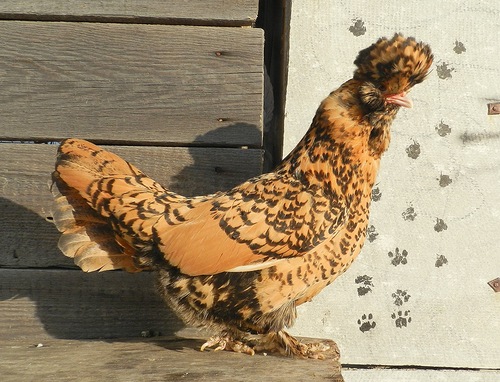 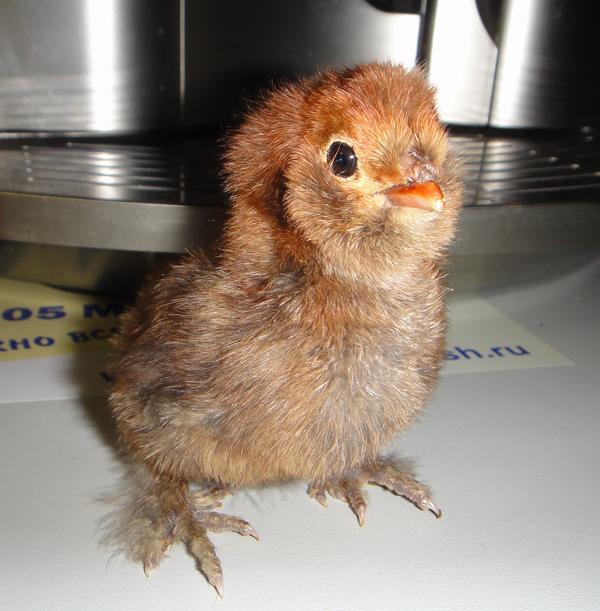 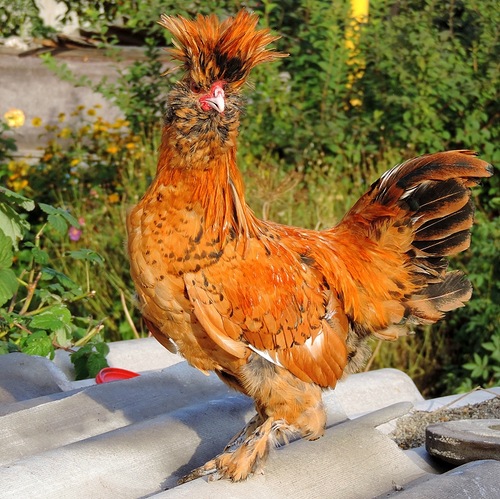 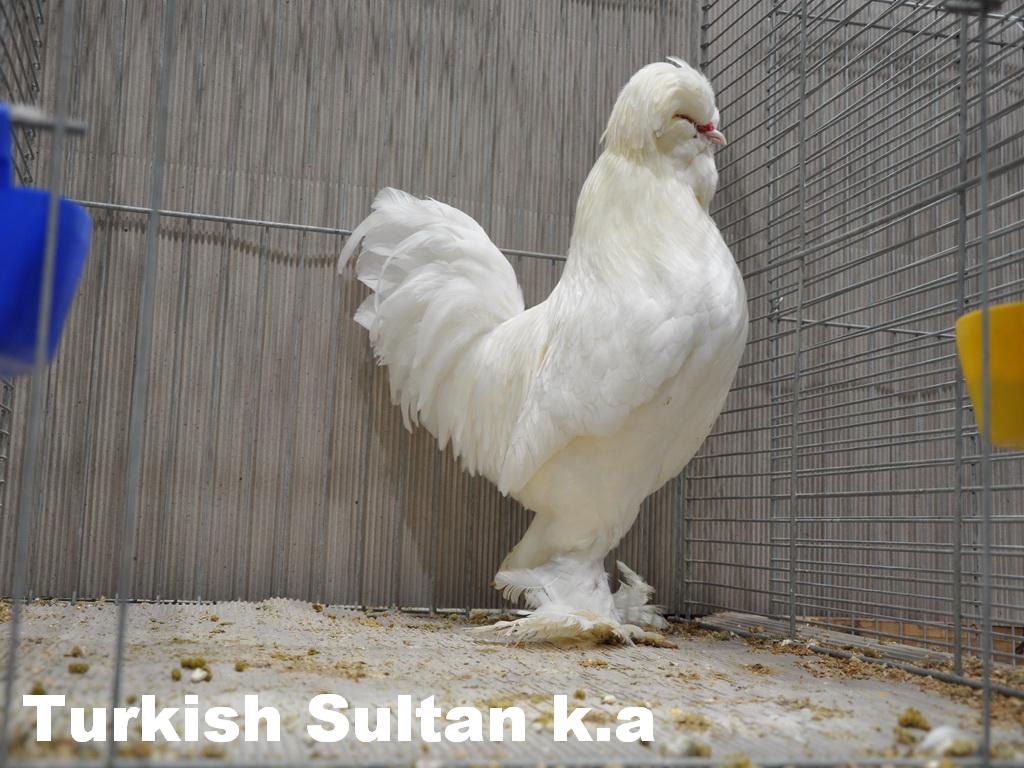 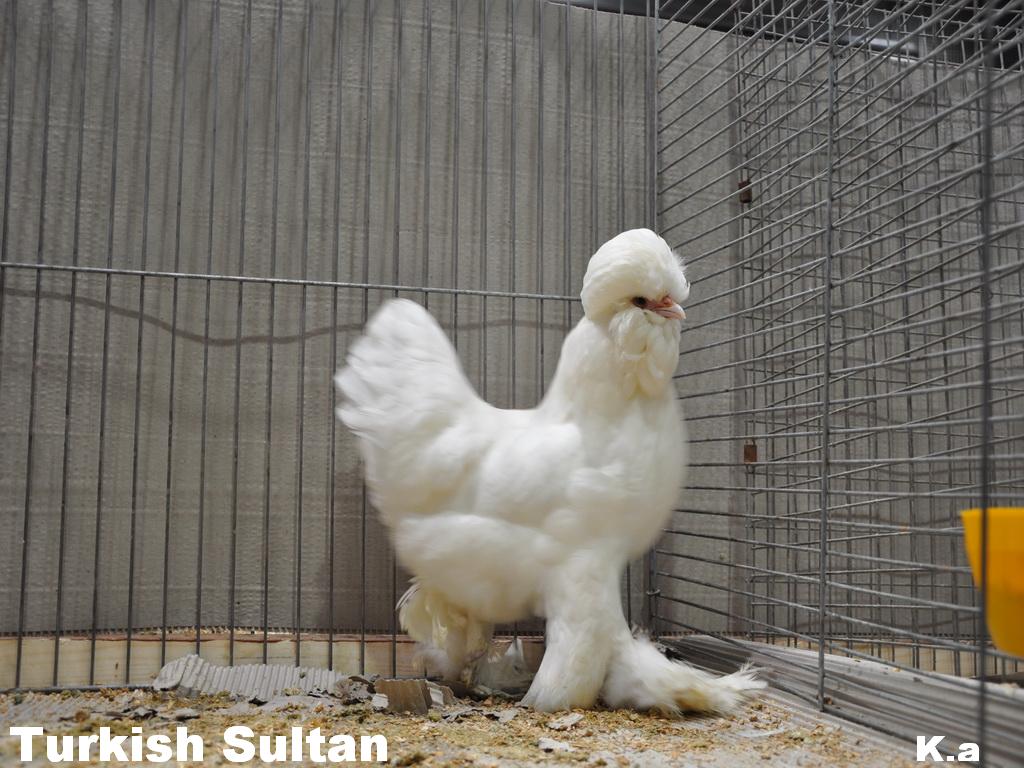 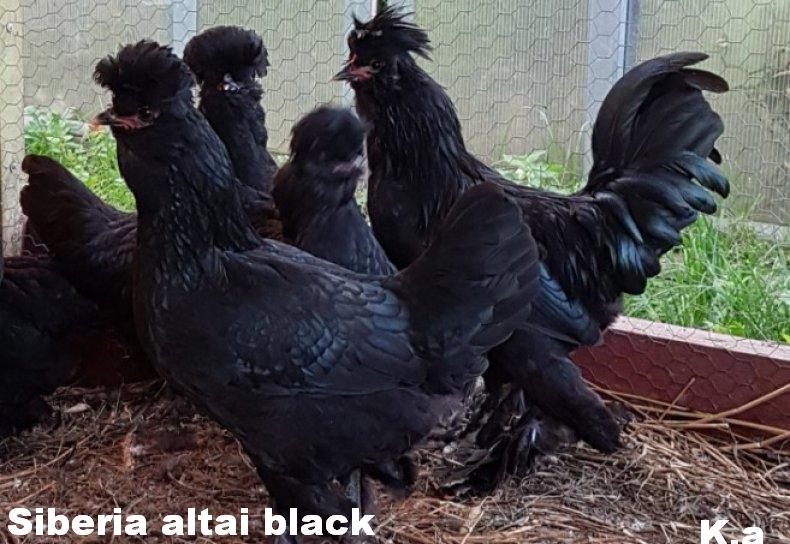 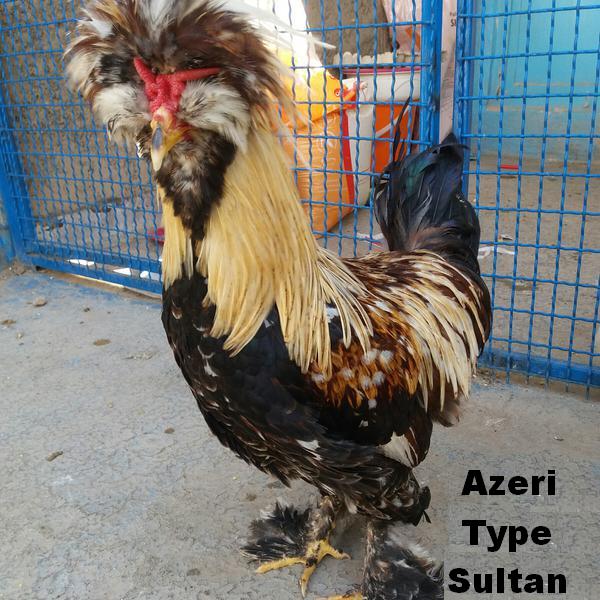 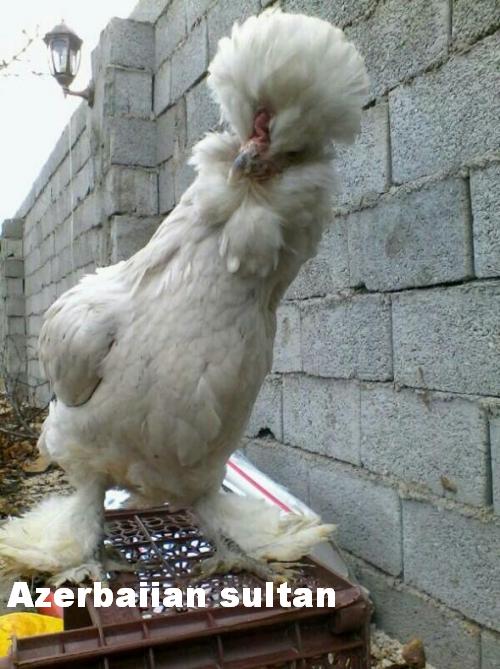 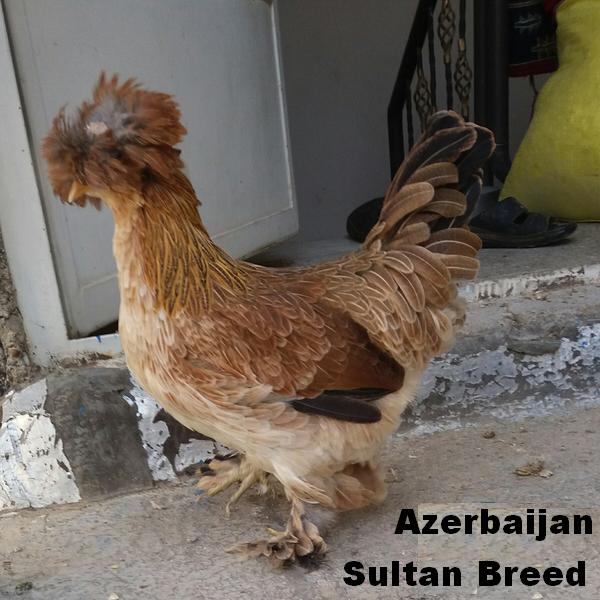 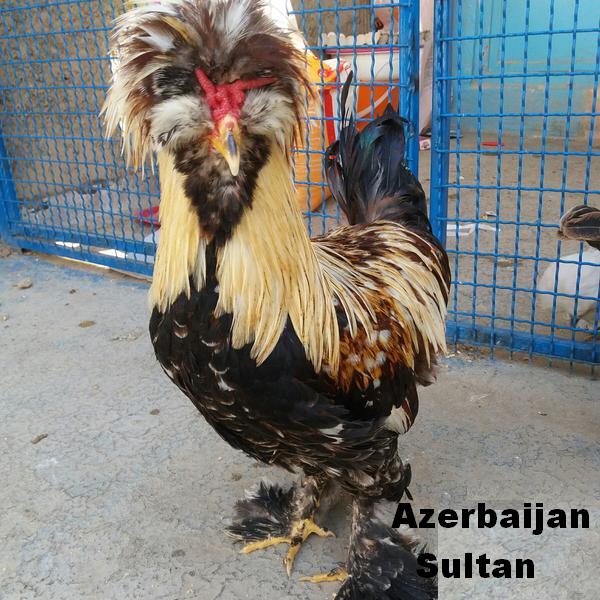 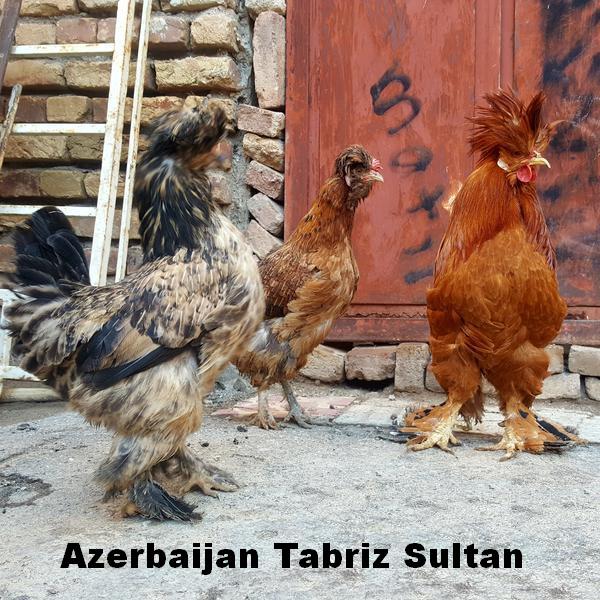 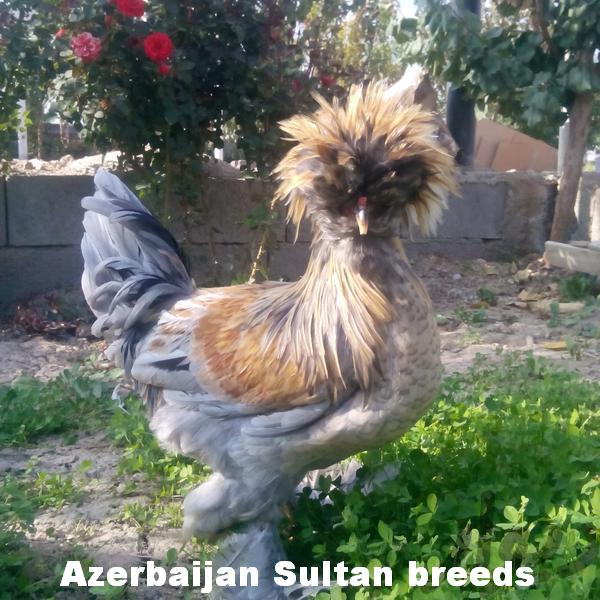 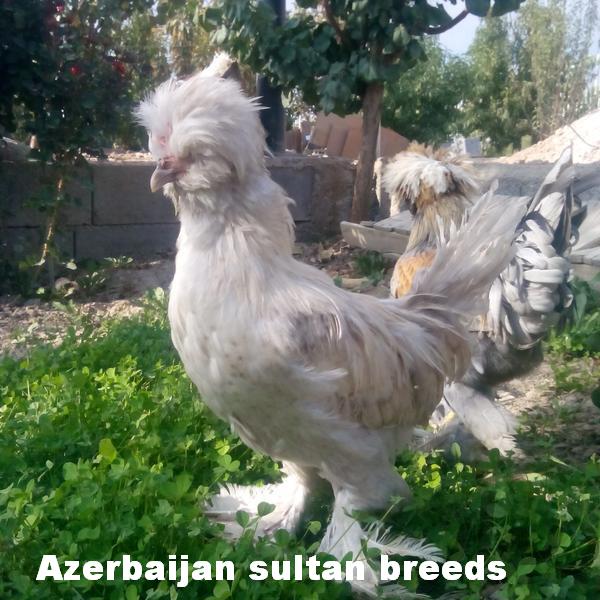 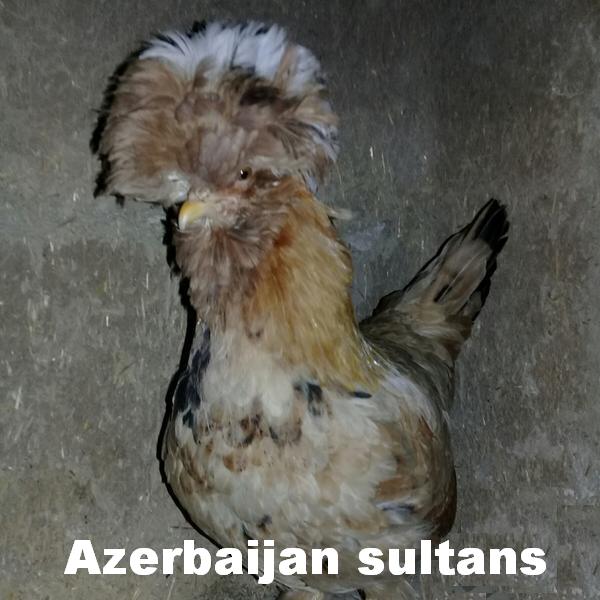 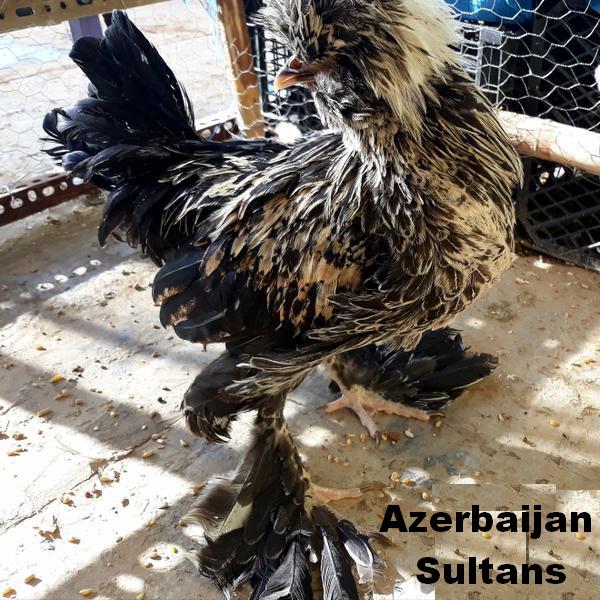 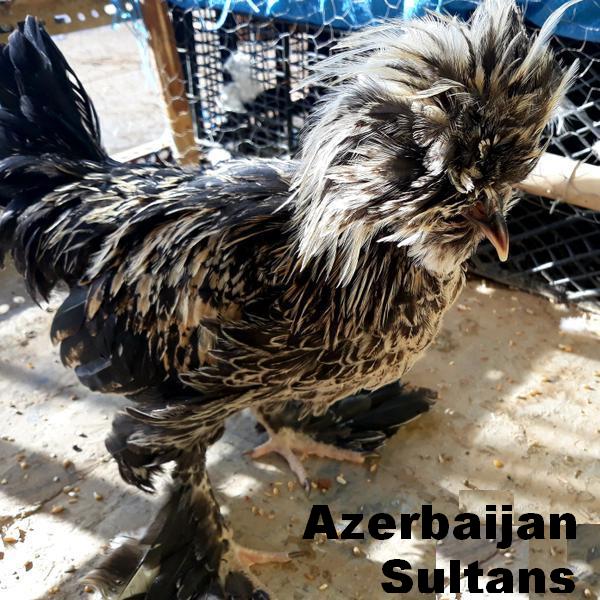 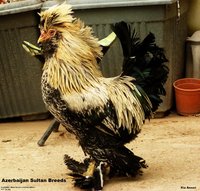 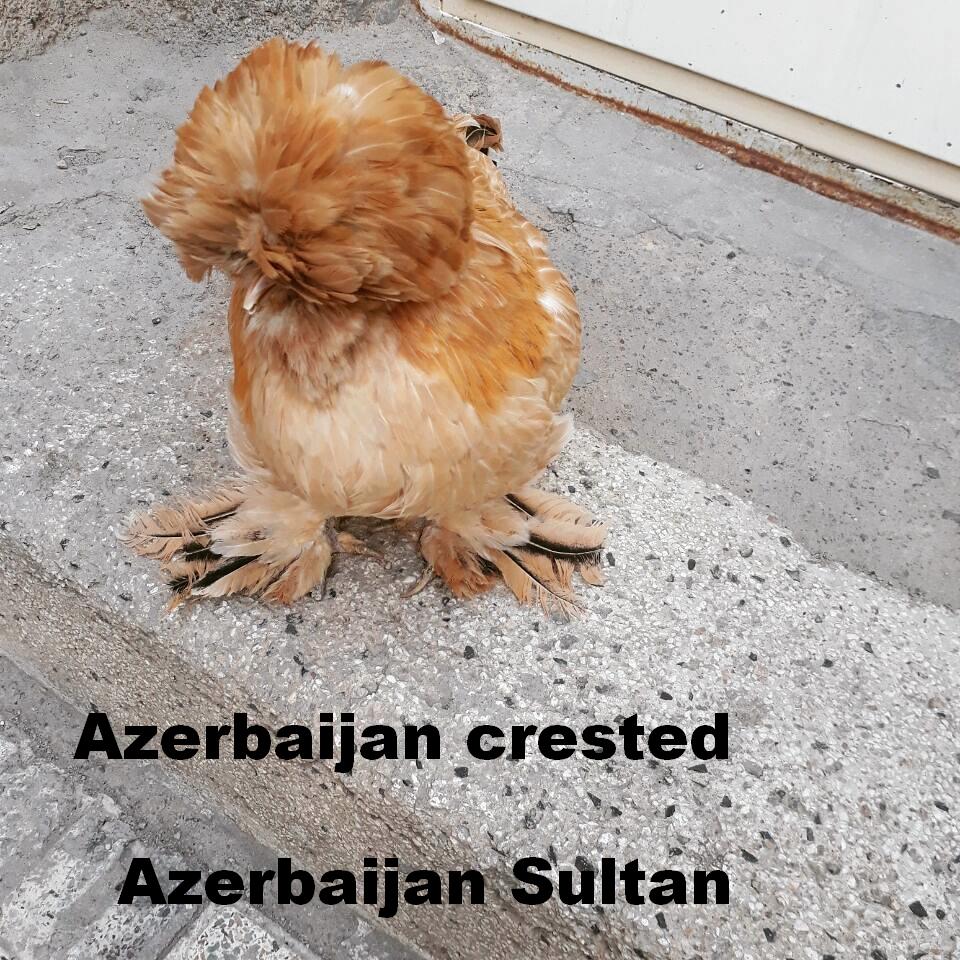 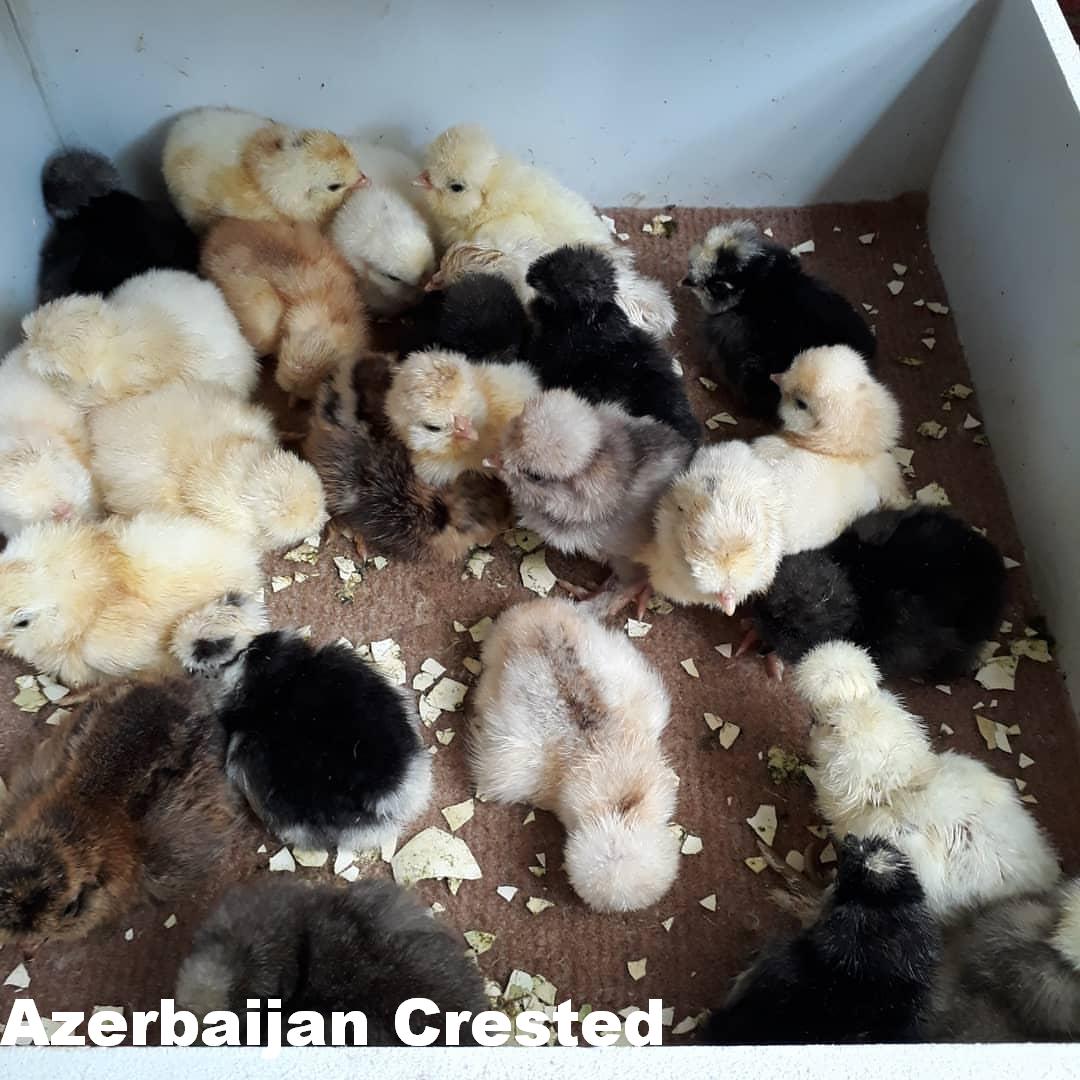