Back from hiatus with new rescue (pic overload)

I peaced out for a while as I was busy with stressful auditiony things, but in the interim I have a new horse...and Lilly will now be primarily my mother's mount.

He is a 12 yo. 15.2 Egyptian/Crabbet bred Arabian gelding...and I have named him Sir Colonel Pickering of the 77th Light Infantry Brigade, aka "Pickles". He is rather thin (the heavy coat obscures a lot, but he has almost zero muscle tone), just had some ginormus points filed off his teeth, and his poor feet are awfully worn down from two years of poor trimming and nonstop pacing at his last home.

I'm not going to go into all the details but let's just say I'm happy we rescued him from that place.

Only had him for just over two weeks. Thus far I've discovered he loves playing in water and throwing around old sweatshirts (supervised, o' course). Very sweet and gentle. People are warning he might become a spitfire once he's healthy and feeling good again, but they did not see him at his old home...wild, nervous, hard to catch. With us he's settled in quite nicely, doesn't pace AT ALL, comes up to me to be haltered in his paddock, lovely ground manners...The farrier didn't even recognise him as the same anxious horse he'd seen only a year and a half ago.

(standing on a slope here) 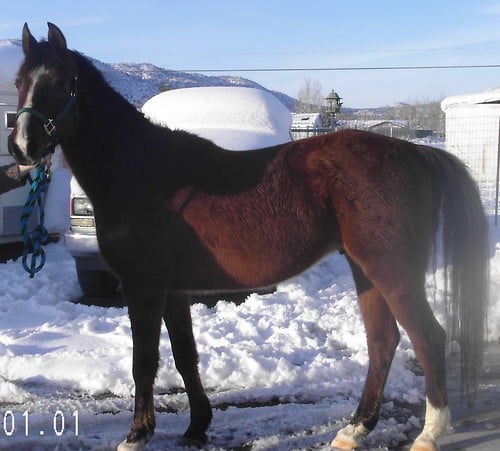 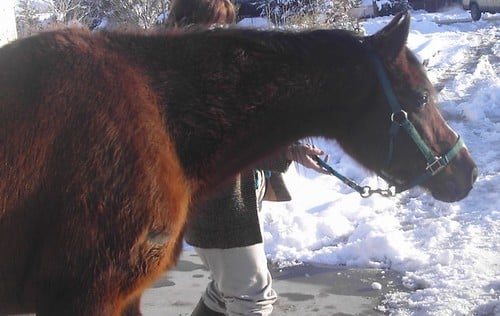 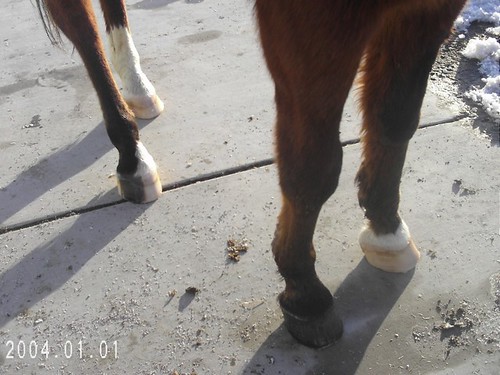 The day we brought him home:

And a pretty one of Lilly. 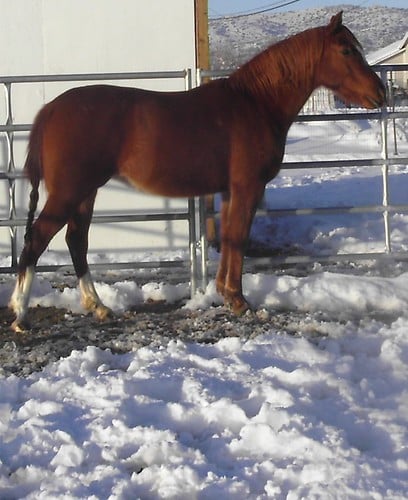 Very blessed to have them both. Pickles was meant to be with us...finding him was quite serendipitus (basically just a lot of word of mouth and being there at the right time sort of stuff). I know he's going to work out just fine.

Oh he is gorgeous! I hope things work out with Pickles!! He looks like he's happy to be there with you guys

Thanks for saving him!

LOL at the name..

He has similar feet to my little QHx pony rescue.

I want a horse so bad! Someday, maybe

Yeah, I figured I'd change his barn name to something more lighthearted than what his original was. Can't help but say it with a smile.

A good way to start a new chapter in his life.

gritsar -- don't worry, just work hard and keep on loving them and it will happen. Heck I've waited nearly 20 years for it to happen myself!!
Last edited: Mar 1, 2010

Quote:
We have plenty of room for one. Just have to do some fence mending and build a shelter. I'm not suppose to ride, but I'd like one for a pet and maybe for the GS to ride a bit when he gets older.

Quote:
I'm sorry to hear that you are not supposed to ride...perhaps you can look into driving? That's something I've always wanted to learn/do as well.

In Memory of Sidney-Spread the Word
2 3 4

Gander's Ducks: A story from my backyard.