Okay so I've asked about these two when they were younger but got a lot of contradicting replies these are my barred rocks Merlin and Mazikeen they are 2 months old and their coloring is that of a female. I think Merlin might be a boy though and I can't have roosters where I live. 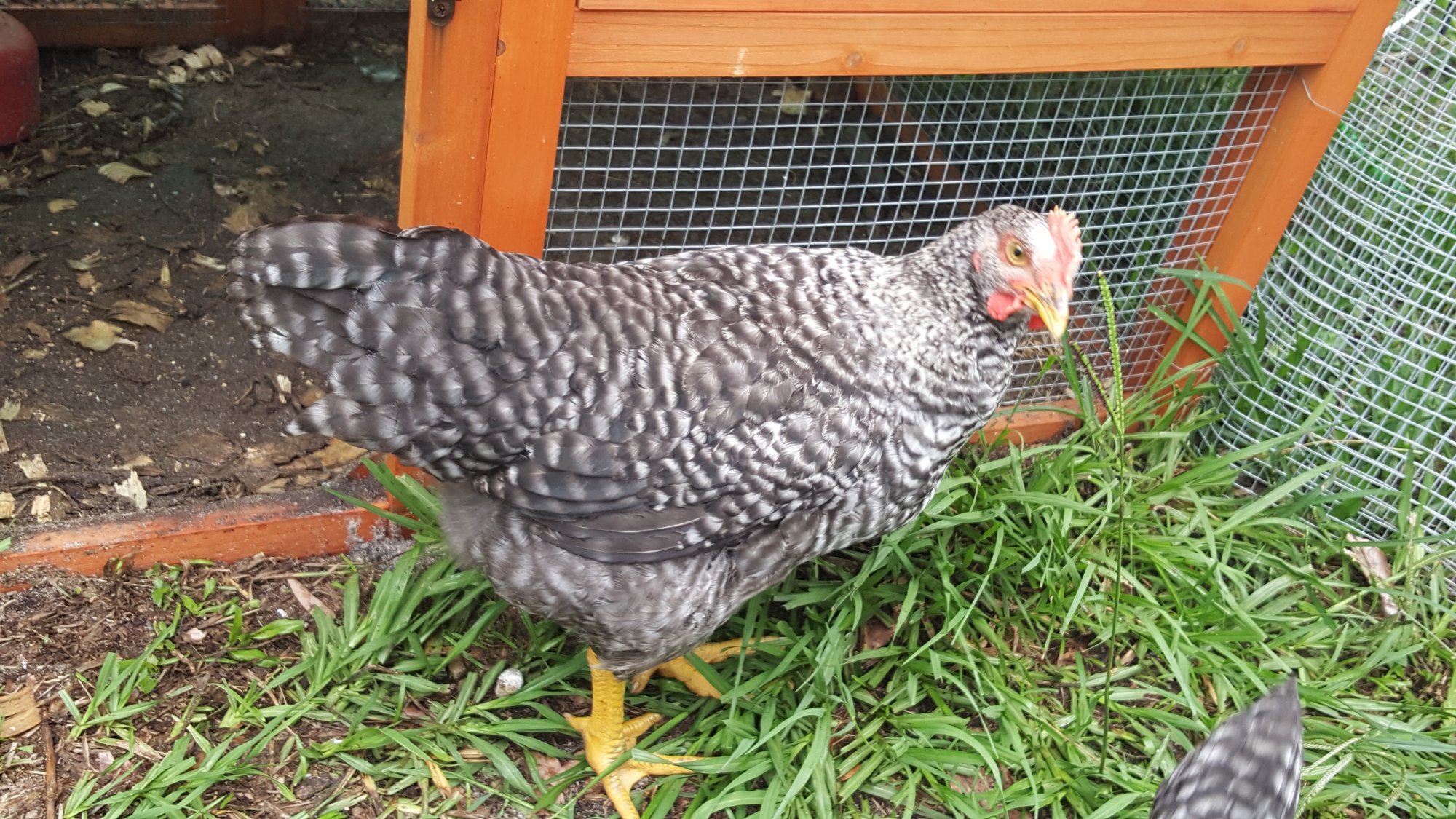 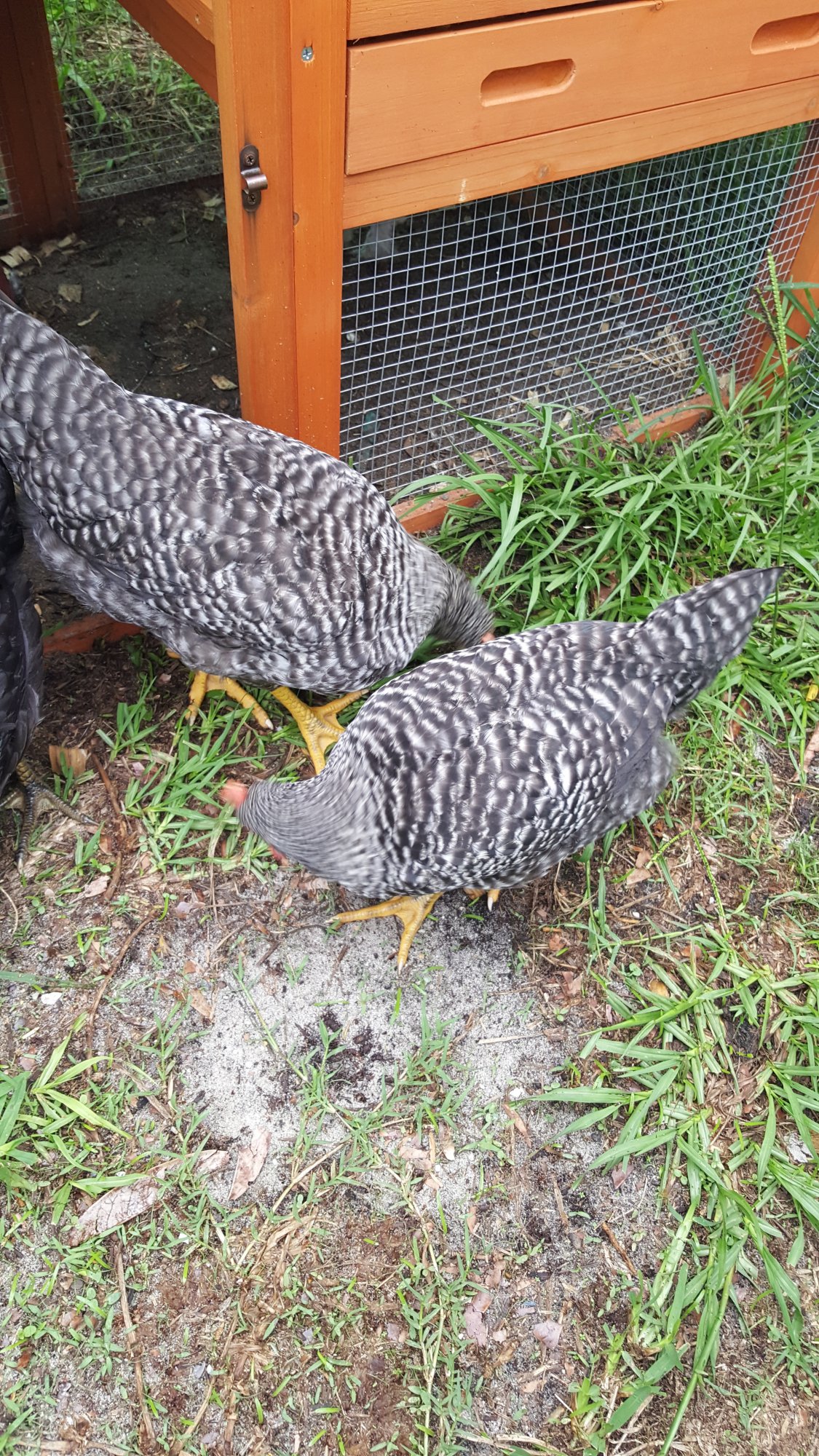 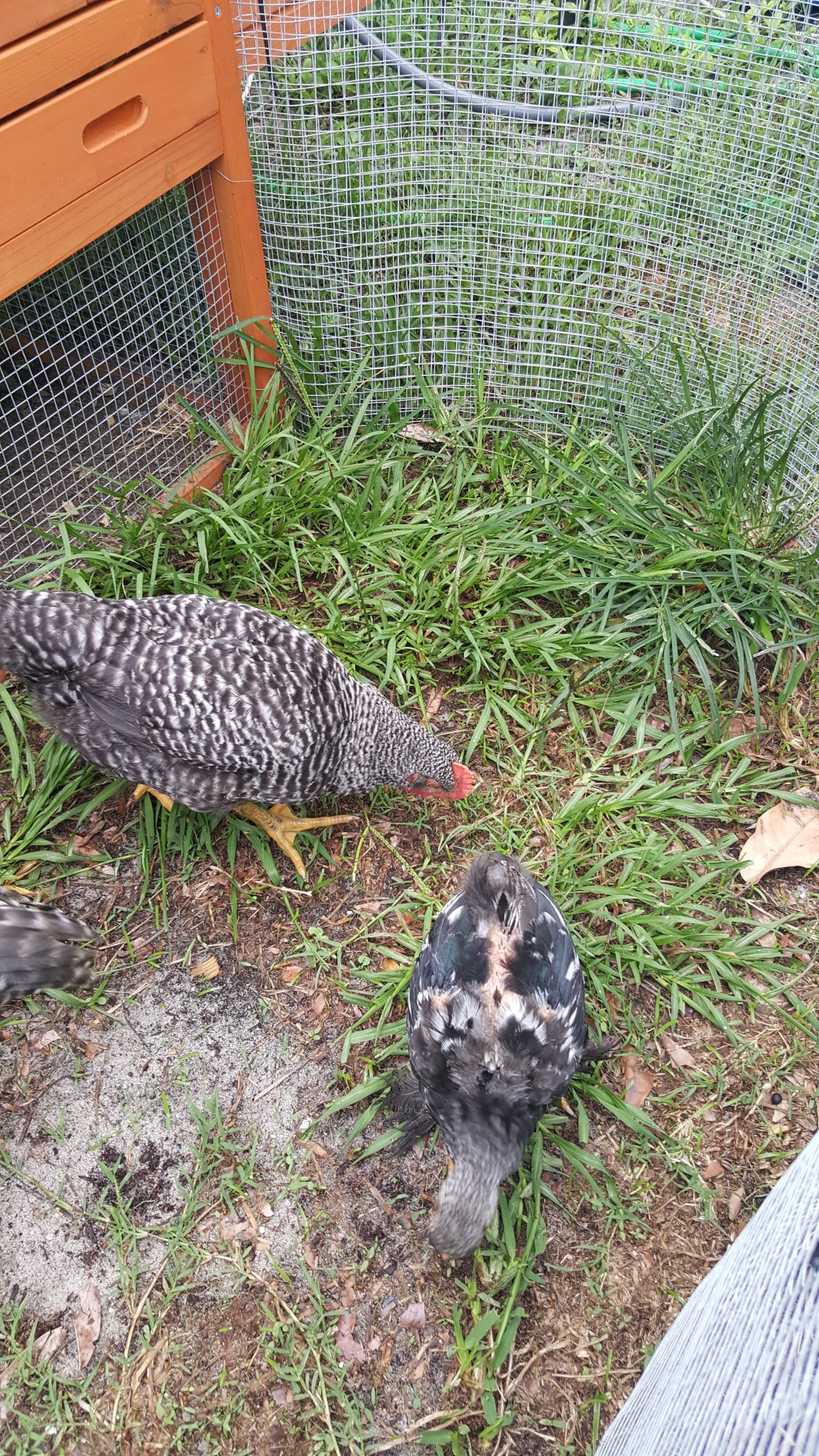 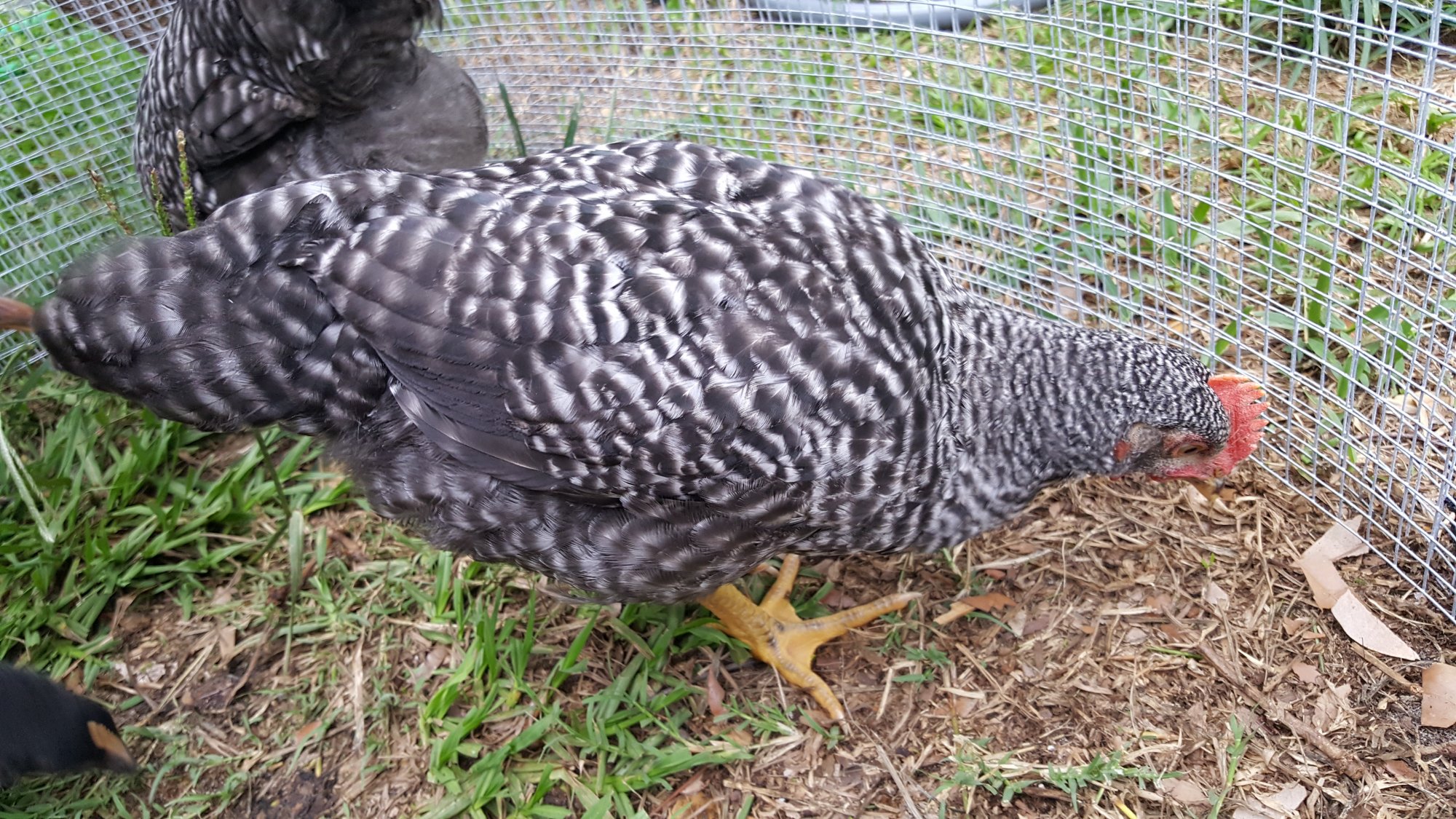 Their feathering says female to me, but I'm by no means an expert

Here's the problem -- a barred Rock cockerel has two copies of a barring gene while a female only has one. That makes him look lighter and most of the time, you can easily see the difference. OTOH, a male sexlink will have one barring gene so he temporarily looks like a barred Rock pullet.

That's a lot of comb/wattle for 8 weeks. The rooster feathers would still be a couple weeks off but then it will crystal clear if you have sexlinks rather than Rocks.

x2 with debid
That's an awful lot of comb for 8 weeks of age.
I think you have 2 roosters.
And unless you have a female beside the male at this stage, it can be awfully hard to see if that is black on white or white on black.
They could also be BSL roosters as well.
LofMc

J
Just to verify the gender
2