I have six EE pullets that are 29 weeks old and a couple of them have some black spots on their combs. I also noticed that the one pullet that has the most spots also has a lighter color comb than she had yesterday. I don't think she had the spots yesterday either (at least not that I could tell). Does anyone know what this could be?? 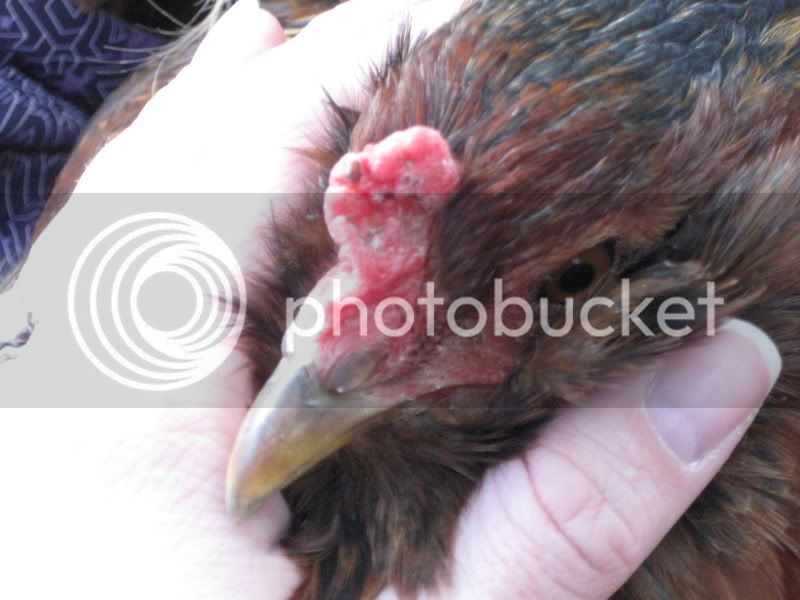 She was my first to lay an egg exactly two weeks ago today. The other bird that has the spots is also laying. I only have the two laying out of the six I have. Could it be associated with that?? Also, I have another girl that should be laying very shortly since she is squatting now and her comb is getting big and red, but I noticed a few days ago that she is missing feathers from her cheeks. She doesn't look like she is bleeding or anything, but most of her feathers on both sides of her face are gone. 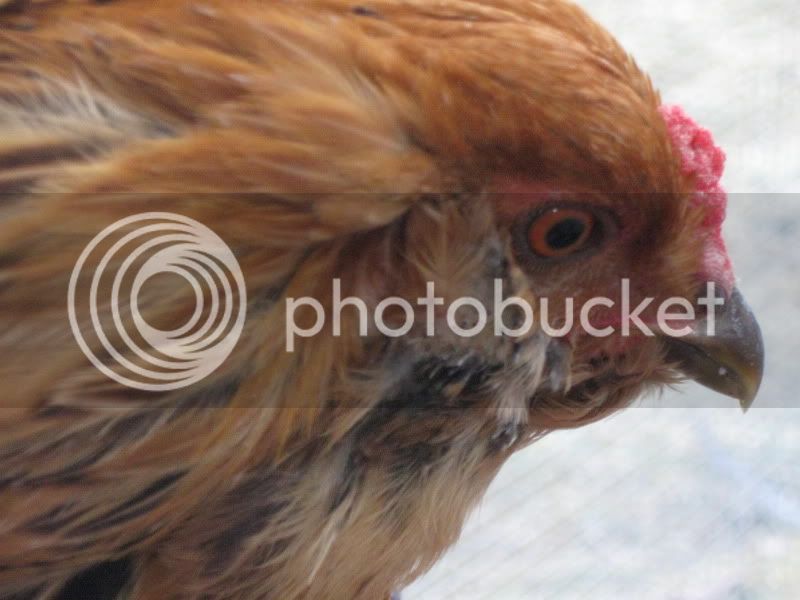 Do you think the girls are fighting with each other?? I've never seen them pick on each other so I don't know what happened to her feathers.

This is the first time I've ever had any problems with them...I hope someone knows what's going on here and can help me out.

Have you checked them for mites or lice?

Looks like pecking and picking to me. They could be bored or not enough space. If its boredom you could scatter scratch in the run or hang a cabbage in the run. Anything to keep them busy. How big is your coop and run or do they free range ?

Sassy, I have always checked them regularly for mites and lice and I haven't seen anything...I hope I'm not missing something. I'll check them over again really well in the morning just to be sure.

As for the pecking, they could be, but I haven't seen it and I'm home all day. Not to say they aren't doing it, just that I haven't seen them doing it. Hmm...I do give them scratch or some other treat in the mornings usually and in the afternoons they free range for several hours on most days. I wonder if they aren't getting enough protein? My coop is 4.5' x 4.5'...I know it's a bit small for six, but they only go in there to sleep and lay eggs and they have plenty of roost space for all six of them. They have a covered run that is 10' x 10' so that is more than 10 square feet per chicken and they do free range almost every afternoon in my fairly large backyard.

I only just noticed the feathers missing off of the one bird a few days ago and the black spots on the comb of the other two I just saw for the first time today. The weird thing is that the feathers are missing off of the head girl...Brunhilda. She's been the leader since day one. And, the black spots are only on the combs of the two girls that are laying: Friendly and Marsala. Brunhilda has been squatting for a couple of weeks now so I expect her to start laying soon also. I have three nest boxes, but I wonder if maybe they are all squabbling over the same nest box? I really hope I don't have a pecking problem...or at least not one that won't resolve itself within a few days or so. My girls have always been so nice to each other, but I suppose things were destined to change once they started laying and the hormones came in to play.

I really hope there isn't anything else wrong with them though. I would hate to lose any of them if I can prevent it.

It's best to check for bugs at night. Also, a few of my girls have some spots on their combs from pecking each other while fighting over nest boxes. I have 8 boxes for 28 hens and they all fight over the same 1.

You could try uping the protein and see if it resolves the pecking. I think your right probably the hormones. If they are fighting over the same nestbox some people use a communal box just one big open one.

I have 2 double wides and 4 singles, in different areas of the coop....doesn't matter....silly chickens!