BrynsHyns said:
Here is her pretty egg! She has had two different funky poop. I gave her some garlic with her egg/yogurt mix. I am a little concerned because the grit looks like brand new grit, not sure if it's normal for grit to just go through the system like that.
Click to expand...

OK have you had her the whole 8 months?

Grit could pass through if there's already some in the gizzard. Looks like it's almost untouched, possible it had fallen in bedding and got scooped up?

Quite a bit of mucous in the poop. I see one red spot...probably intestinal shedding. It may be worth taking photos of the droppings you find so you can compare them.

Pelleted looking poop like that, she's not out of the woods just yet. I would work on the crop, de-worming and with the continued mucous I would consider treating for Coccidiosis. Green poop is often bile due to not eating well - some other causes would include infection and diet. 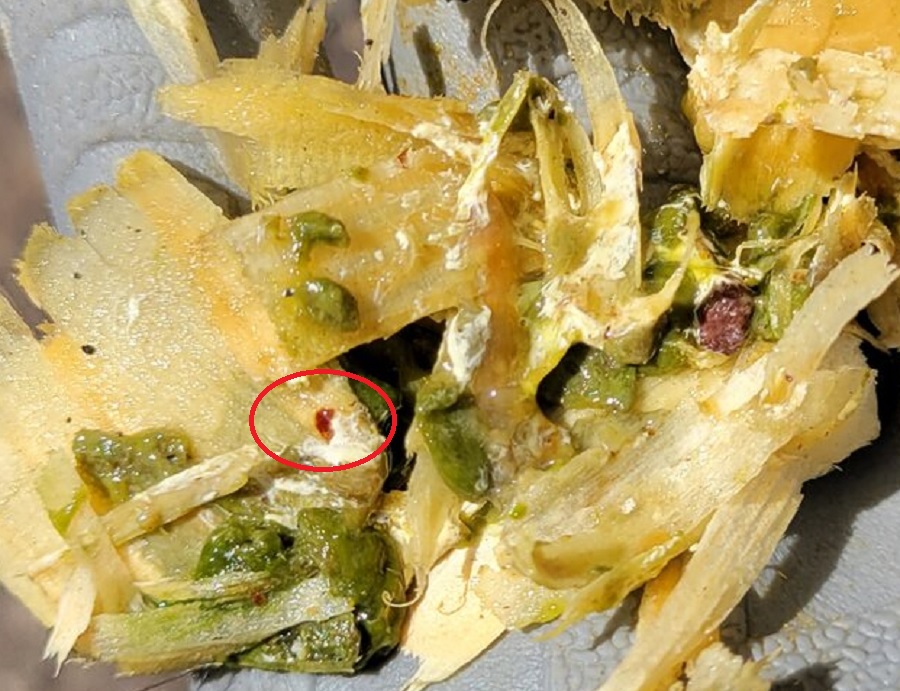 No, we got her and her sister at about 2 months old. I wanted to get them from where we got the rest of the flock but she didn't raise BCM at the time.

Her crop was a little more firm this morning, so that's encouraging. I am just a little nervous as we had to let her with the flock today. We had a family event and couldn't bring her with us and her set up doesn't really allow for long stay unsupervised accommodations.

We are going to worm the whole flock to be safe and keep treating her for Sour Crop. I'm hoping all our work isn't undone by having to let her loose for the day.
B

She is still alive, and seems happy. Her crop is still low, but seemed firmer. Noticed the green poop still, and are going to start de-worming the flock tomorrow first thing.

B
Sour crop or blockage ?