Bought 2 goats from auction and their butts are crusty.

So I bought two does from an auction this past Saturday. One is a fainting goat and the other is a Nubian mixed with a fainting goat. I noticed their bottoms are crusty and look rough. Any suggestions what could be the cause or what I could do to help them heal. Thanks! 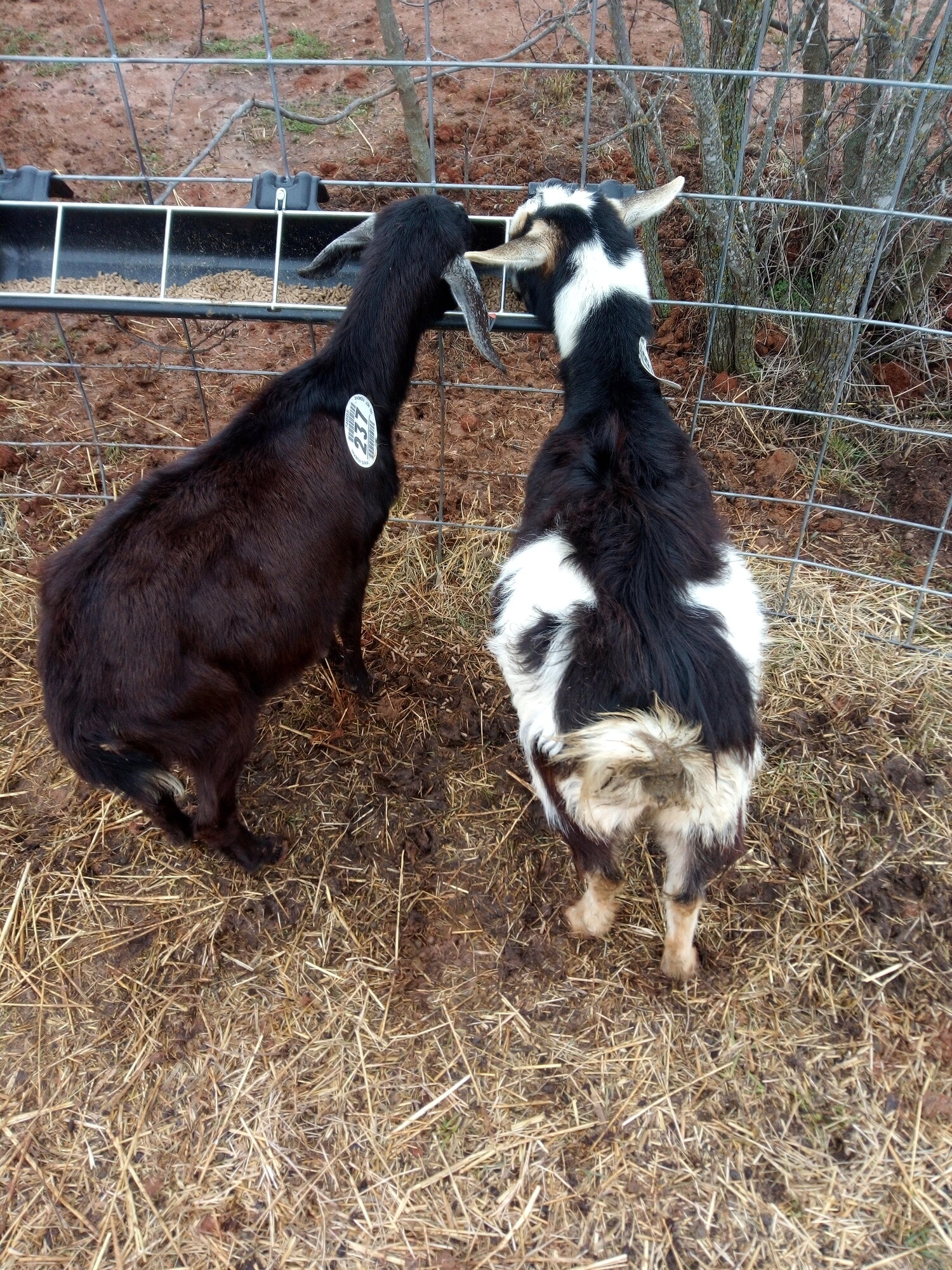 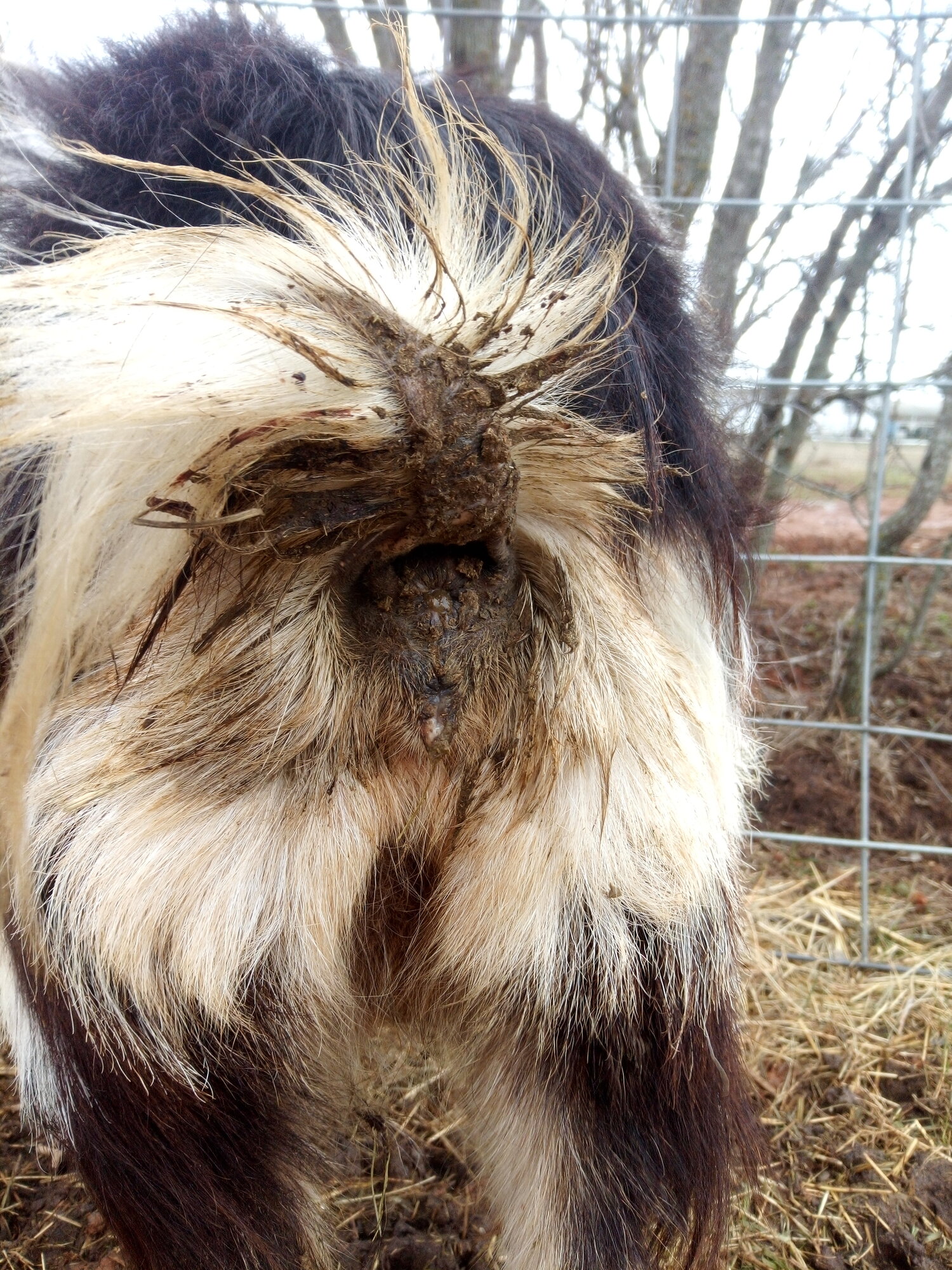 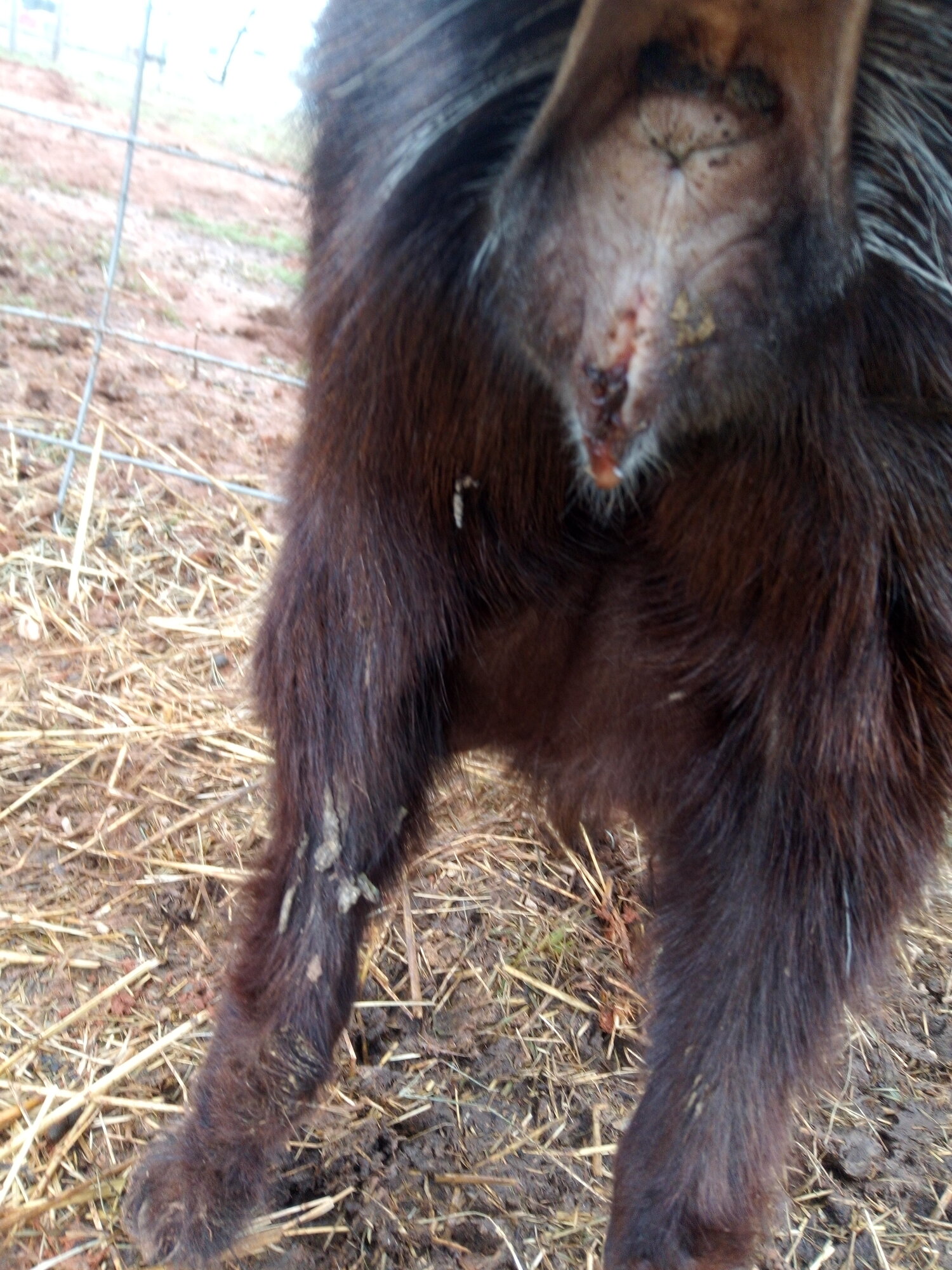 It looks like they could have diarrhea. This could be from a few different causes.

One could be stress, going through a sales barn has to be pretty scary.

Second could be a change in feed like more grain than they are used to, or more grass, etc.

A third would be Coccidia. If that's the case you would want to start treating them with Corrid sooner than later.

A fourth could be a disease called Johnes which is an incurable wasting disease in goats, though yours look like young goats so this probably isn't the case, but if they are over a year it may be worth testing if this doesn't clear up.

A fifth could be CAE, also an incurable disease in goats, and can cause them to to be un-thrifty and have soft poop.

And a final sixth option could be they have a heavy worm load. Worming would be a good idea not knowing where they came from in either case.

It wouldn't hurt to have a vet come check them over. I know buying goats from a sales barn is risky as many people send their sick ones there. This is not an exhaustive list of what can give goats soft poop, but it's some of the more common.

ETA: If this isn't from soft poop, some does when cycling do have quite a bit of discharge that gets gummed up on their tails. It would be possible for them to still be cycling this time of year

The lady that sold them is a breeder and usually has a good stock of goats and will vaccinate for CAE. I'll try giving them something for worms I guess

I'm sorry, when you said auction I automatically assumed sales barn! It's good you are getting them from a breeder. Unfortunately, there is no vaccine for CAE or Johnes. I think there is one for CL, but that's all I know of, of those three. Being that you have talked with the owner she would know if she had CAE or Johnes present, and if she hasn't said anything, then I wouldn't think it would be either of those unless she doesn't test for them. I'd worm, treat for coccidia, and keep an eye on them then. Hopefully it's just a little bit of stress from being moved, and they'll bounce right back in a couple days.

Sorry mixed it up with the CD/T shot lol

You think feeding medicated goat food would be a good idea?

I'm not remembering what it's medicated for. If it's to treat coccidia it could be worth it?

I may try it out.

One of the two does has gooey bloody discharge coming out of her vulva. Idk what that could be

You can collect some poop pellets form each of the goats (Fresh, ideally before they hot the ground) in a plastic baggie and take them to the vet for a fecal exam that includes coccidia. That way you know for sure what to treat for, rather than guessing.

And what about the doe with the bloody discharge from her vulva? Take a sample of her stool also or wipe some of the discharge onto a napkin/bag maybe?

thinkyesi said:
And what about the doe with the bloody discharge from her vulva? Take a sample of her stool also or wipe some of the discharge onto a napkin/bag maybe?
Click to expand...

I am not sure the vet could analyze bloody discharge collected on a napkin.
Do you know if this doe recently gave birth or if she is bred?
Bloody discharge can mean she aborted.
They also have it for a while after they kid.

When I got my goats I had the vet come out within the first week and look everybody over. That way I made a connection with him, that was not an emergency, and got to ask lots of questions. E.g. what to vaccinate for, recommendations for deworming, and lots of other things.

I also want to recommend The Goat Spot forum. So many friendly helpful people with tons of experience and knowledge!
You must log in or register to reply here.
Share:
Reddit Pinterest Tumblr WhatsApp Email Link