I just set 12 EE eggs under my broody RIR - Dorothy today. She has been solid as a rock on unfertile eggs or just the nest box for a couple weeks now. I put the fertile eggs in a cardboard box where she has been sitting and she immediately went and fussed over the eggs then sat solid on them just as expected. The only problem is I can't get her to sit on anything if I move it to ground level. I've even tried moving the nest box eggs and all just below where she is sitting and she just returns to the nest boxes above. Should I wait until closer to hatch time to try to move her or what? She is in the chicken house with 5 other hens but they could care less about her and her eggs and just go on about their business as if she's not there. So ...

1. How do I get her to sit at ground level so the chicks don't fall out when they hatch?

2. Can I let her sit, hatch, and care for the chicks in the house with the other? 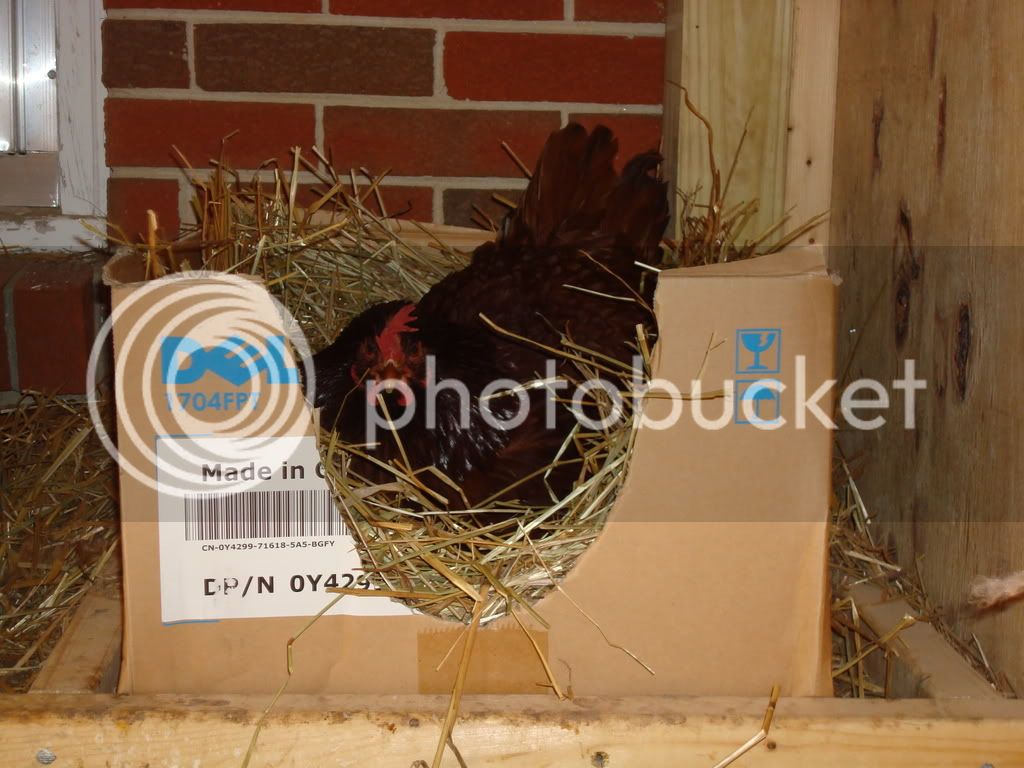 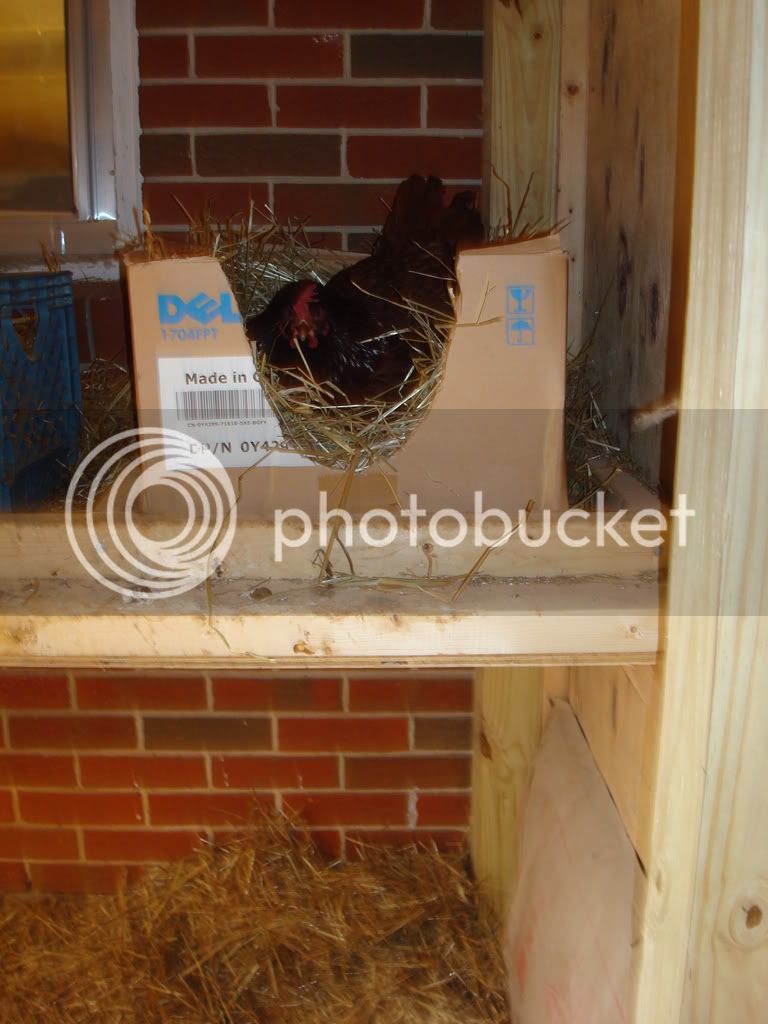 some hens tolerate being moved, some do not..

If you cannot move her early on, do not attempt it just before they hatch.. ask yourself, rather I will ask you,,,, what if she does not follow the eggs?? then all that time setting will be wasted..

how high up is her nest? most likely the babies will not just fall out of the nest.. in fact, they will stay tucked up under her for a couple of days.. after they hatch, make a deep pile of loose hay or straw for them to land on if one climbs out.. they can easily fall 3 feet onto a cushion like that without geting hurt...

If you are certain that she is done hatching, then you can remove the chicks to the floor or into a box..I can almost guarantee that she will follow , then..

make sure the chicks can get out of the box by themselves easily..

and do not expect the hen to go back to the box once she leaves with the chicks..

I agree. At this point, wait until she hatches them to move her, then she will follow them. They will stay under her for a day or two. Once they hatch, move her down and she will stay with them. My broodies seem to prefer to sleep on the floor in a corner (no box) after the chicks hatch. If she does use a box, cut the front down even more so the chicks can get back in.

She's only about 3 feet off the ground. I'll put some more straw down below her just in case and leave her there for now. Then move her when the babies hatch. Is it ok to leave her with the others since they aren't paying any attention to her? Also, she is the most dominant out of the whole flock. Thanks!

Also, do I candle the eggs she is sitting on or just let them be?

Personally I would just let them be, but that's up to you.

Quote:
there is no need for you to candle eggs from under a cluck.. the cluck will push any bad egg out, usually..

Quote:
there is no need for you to candle eggs from under a cluck.. the cluck will push any bad egg out, usually..

Ummm ... where do those bad eggs land?

Chicks are fluffy ultra-lights that just land with a sort of *poof* barely knowing it. She'll jump down a couple of days after they hatch and call her babies and they'll jump with teeny-tiny wings flapping, it's the cutest thing to see.

[edit] you can also move them like JVLS1942 suggested after they hatch out.. that's an option too, just wait long enough cause they don't eat for the first 3 days or so anyway... she'll just keep em all tucked up safe for a time

Since she's the top hen, I'd leave them, but still keep an eye on em after they hatch, I've seen meek low-level hens be great mama's and protect them from all the other hens, but not always. If she's at the top of the order though, I'd bet she'll protect them from the other hens, if not, can you block off a corner of the coop and isolate mama and the hens for a while till they all adjust?

If she does kick an egg out, it'll land where it lands, hehe.

You can go in after dark with a high power flashlight if you want, and candle them really quick after day 10 or so if you like, ... up to you. Since you say she's so settled, it'd probably be ok. She probably won't tolerate having the nest at any lower level cause she considers it unsafe from predators... even though there aren't any real threats, in her mind.. there must be.
Last edited: Mar 8, 2009

Hatching eggs. Should moving the hen take place before or after the chicks hatch?

Will she learn eventually?