I just lost one of the fifteen chicks shipped to me, and I am worried about a couple more...these chicks all seem weaker than all the chicks I have recieved previously, and these two are the worst of the group.

One has wing feathering coming in very strangely, is small, and isn't eatting alot or moving around alot. It won't really take the food mixture I am trying to give, but as there is at least some food in the crop, Im not as worried. The other is also small, but it's crop is empty while everyone else has a nice marble sized lump of food in theirs. I just tried to get her to take some pedialite water/egg yolk mixture from a 1cc syringe. She only took .3cc

What else can I do for her? I am afraid if she does not start eatting she will not make it. She had pasty butt earlier, so I soaked her rear in warm water, and de-pasted her. That just tells me that she is eatting something, and I have seen her drink, but she is not moving around alot, and obviously not eatting enough. She is almost half the size of the other chicks at this point. Both of her eyes were stuck shut when she arrived, and it took 24 hours for one to open. Both are open now, but this chick still seems off.

The one on the left hand side of your screen is the one I am worried about. 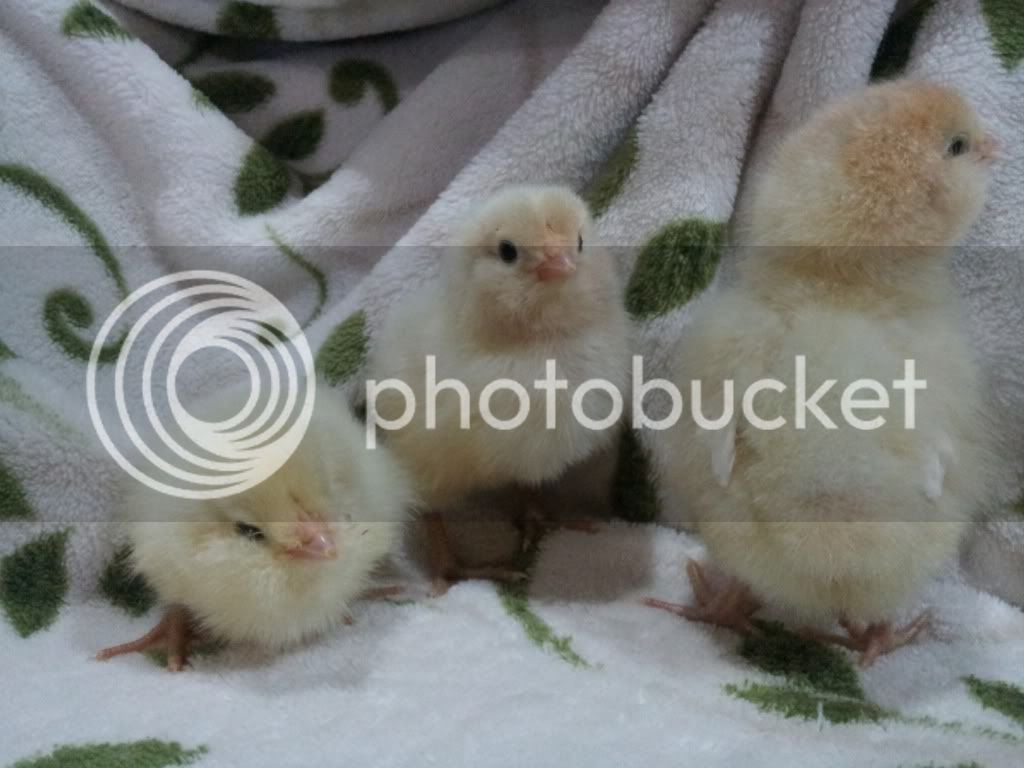 You can see how much smaller she is after just three days of growth. The size difference is more dramatic now. 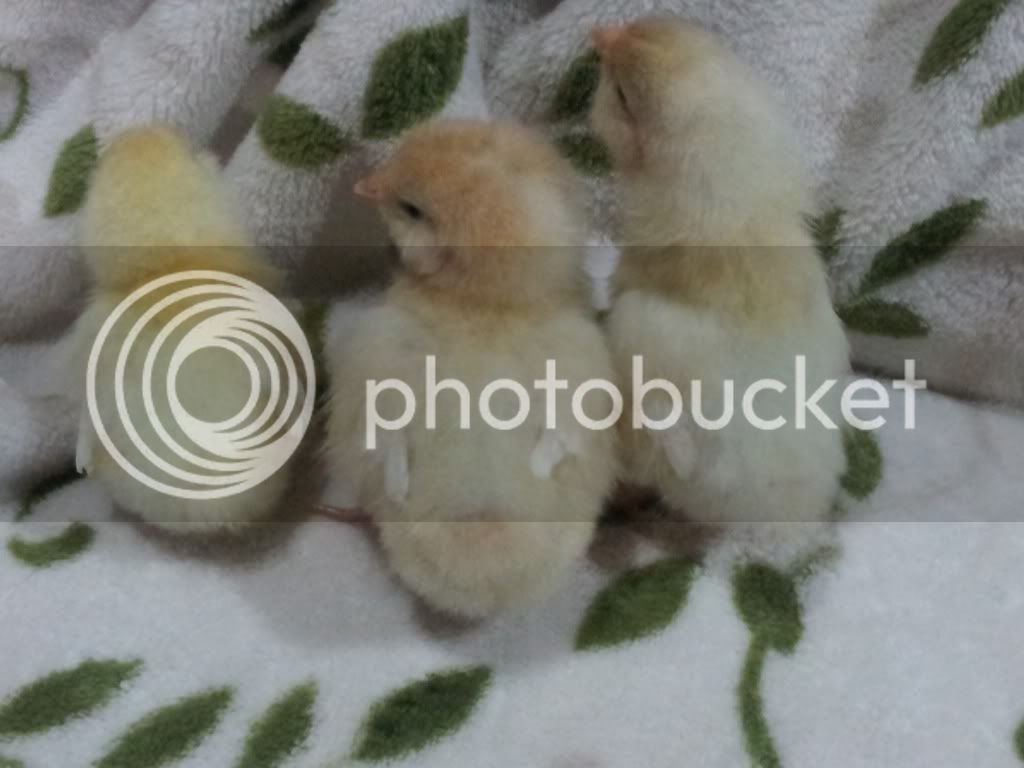 Please, any advice for me? I would like to save her if possible

i would contact where u got them from and inform them about the sick ones. idk what else there is to do to help. keep her warm. keep trying to get fluids in her. let us know how she does

I dunno that they are sick exactly...more of a not exactly strong chicks...I got them from Meyers Hatchery, and I was worried about two when they arrived, one died, the other is the smallest yellow chick in the pictures. The third has feathers coming in that just don't look right, and isn't eatting as much as I would like

I have told Meyers about the chick that died....Guess I need to tell them about the others

All you can do is give supportive care. Keep the chick warm. If the others are trampling it then put it in a separate cage with a buddy. Dip it's beak in water with electrolytes and vitamins and offer it some warm scrambled eggs in addition to the starter feed. This is about all you can do. I wouldn't be as concerned about the size. Some are naturally smaller and do fine. Could have gotten trampled a bit during shipment though because it's smaller and not as stronger as the bigger chicks.

Well, have you tried sugar water yet? I've heard that when getting chicks shipped first thing you do is dip their beak in sugar water. You can also try some save a chick in the water. Make sure they're warm and not much you can do other than that.

Well, I was told that molasses was better than sugar water, so that is what I am using

One of our chicks we hatched is awful small too, I think that keeping it warm is a good idea. Good Luck!

Keep it warm and keep trying to get small amounts of the water/egg mix you had earlier into it.

I've been working on getting egg yolk into her. She hated the pedialite/egg yolk, so I switched to yogurt/egg yolk, but now I fear she has aspirated a little...I have gotten almost 1cc into her today, which is better than yesterday, but 1cc is not enough to sustain her. I have started her on amoxi just incase I aspirated her, but aspiration is very serious, and if she did aspirate, her chances just got a little worse