Chick with a broken toe..questions

My first silkie chick had a broken toe when it was born. Very definitely broken. The mom may have stepped on it. So I brought it in because it was a staggered hatch and taped it on the 2nd day (didn’t notice it on the first). I taped the foot to a card paper and unfortunately the outside toe somehow had been pushed under the first toe and when I took the cast off it’s foot the broken toe was stronger but still broken and now the small outside toe is growing side ways under its main front toe.

I taped it up again yesterday spreading the bent toe out and sticking it to electrical tape that is attached to the card paper. I also straightened the broken toe out. On top I wrapped it with sports tape and then a bit of electrical tape on top of that.

So how long does it take a bent toe to become straight again and how long for the broken toe to heal?

Now that hatching is done I’ve put 3 of the chicks back with mom and it was a learning curve for her and the chicks but all seems to be going well. Now I just have the broken toe chick and another chick in my bathroom. Should I try to put him out with mom or will she mess with his foot? I know there is only a short window for her to take him in.

I'd get them back with Momma before she won't accept them. A crooked toe won't hinder its ability to walk.

Update- The chicks cast fell off the same day. It was so difficult putting it on and with the time line of its mom not excepting the chick and it’s sibling I went ahead and just put the chicks with mom. We are going on vacation during Christmas and can’t have chicks living in the house.

All went well and all the chicks were under my hen last night when I checked. I wasn’t sure because the chicks didn’t seem to have the instinct to go under her (the broken toe was 6days old and the other 5 days). I’ve learned my lesson about the staggering hatches ..whew every chick was born a day apart. Also I’m glad that I didn’t have more than 5. My silkie hen isn’t big enough to handle more as she is a small girl. A good mom though as that was a 100% hatch. 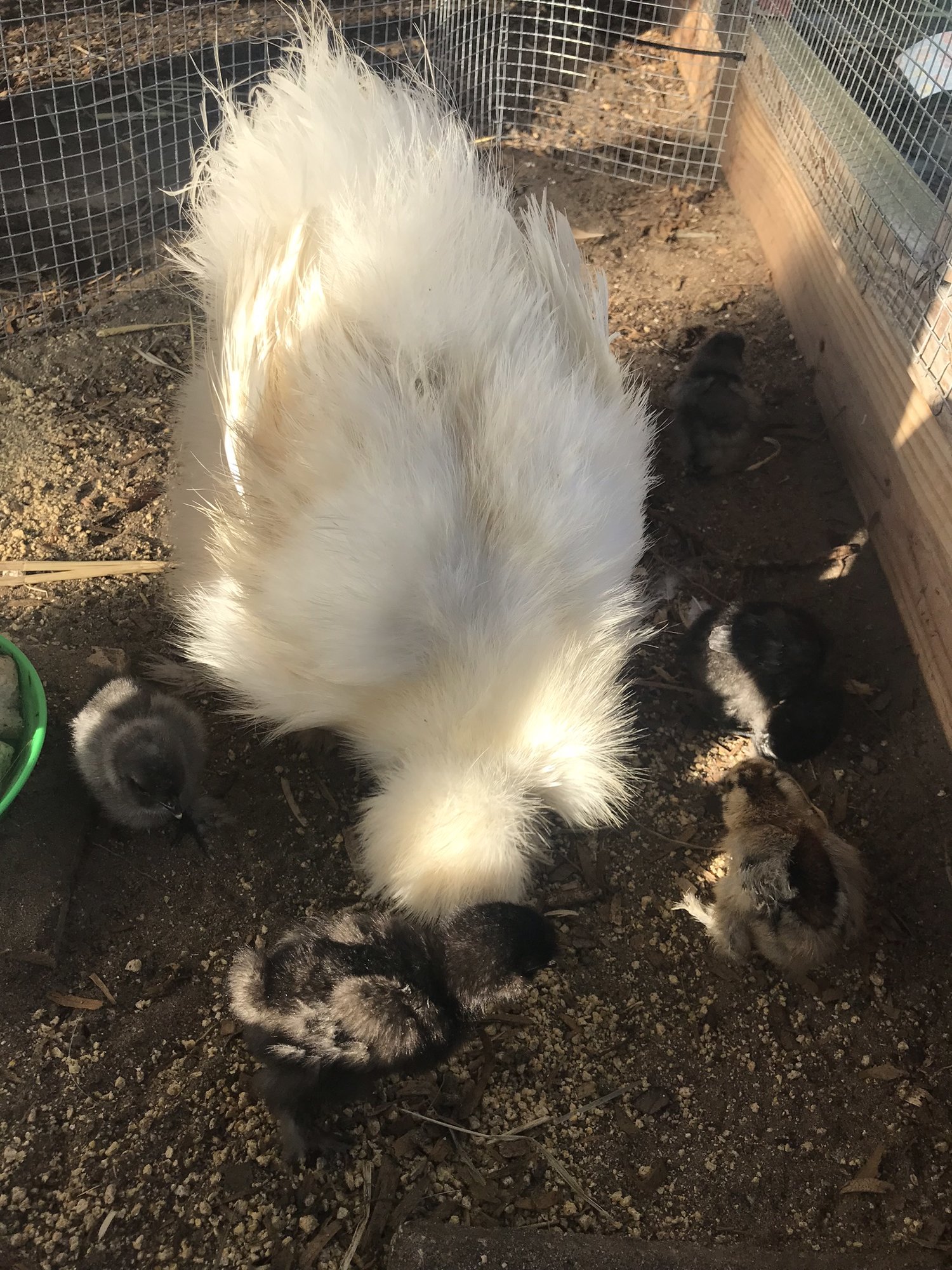