duck pipped through the pointy end, still has yolk sack!

Hello all! on day 27 for a swedish/ swedish cross duckling, it started to pip! Unfortunately, it was on the pointy end

. After no progress was made for a few hours, I opened up a small hole in the membrane, being careful not to rupture any veins, so that it would not suffocate. After a 24 hours, no progress had been made, and the poor little thing had been sticking its beak out and chirping and trying to push itself out, so I opened it a little more. I did not find any blood, so I wasn't too worried. Another few hours went by and it was trying to push itself out still, but wasn't zipping. I lightly tapped around where it should have zipped, to loosen up the shell. Hours later again (see a pattern here? lol) it was still pushing at the shell, but because it couldn't turn upside down or because it pipped on the wrong side, or both, IDK. I took the very cap of the shell off because it was trying to come out but was slowly loosing spirit, and also over time it gradually became more and more sticky and gross in there, and I didn't want it to get stuck. Very soon after that it wiggled right on out and started talking and talking. It was still a little bit attached to the yolk sack, and its eyes had a little goop on it and couldn't open them fully. Its been almost 24 hours now, and its barely hanging onto the shell by a thread. Im hoping it will be detached soon. Thankfully, nothing ruptured and the duck is still trying to escape. Its mostly out by now, with just a small portion of him attached to his old home. What I am worried about is that even tho there is no longer goop on its eyes that I can see, they're only every so slightly opened, and he's still not even half was dry. The down on his head looks like it was gelled to stay flat, its hard and not fluffy. As soon as he is fully dry and fluffy, I am planning on moving it to the brooder at 95 degrees, give him a shallow dish of water, flock raiser supplemented with some crushed boiled egg for the first few days, and a towel bottom for the first 3-4 days. Does this sound ok? This picture was from this morning, he has a slightly dryer back now and is farther out of the egg shell. 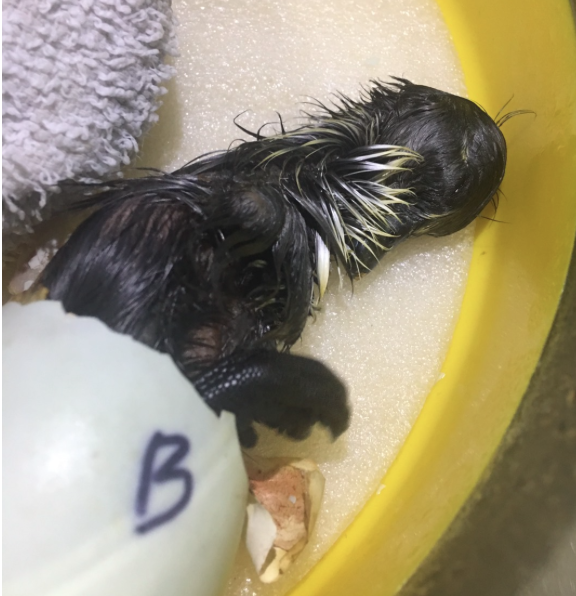 Haha! I was partly wrong. I have been leaving it alone all day in hopes it would come out by itself, but just now i went to see how the absorption was going, only to find that the only reason he wasn't out of his egg yet was because there was still yellowy goop in there, and it was glued to his leg! I gently took it off, so hopefully will dry off soon, Ive lowered the humidity to help that. His eyes are opened more now, so he's doing good!

awesome job there of helping the little duckie out patiently, sometimes a paper towel and warm water help get that stuff off, i've had chicks like that occasionally, just gotta do a quick wipe down and towel try, ducks don't seem to like the hair dryer as much as the chicks from what I saw with my friends flock I had to help her if she had a duckie that needed some assistance

Thanks! The “waiting patiently” was the hardest part of this whole process! I almost thought I couldn’t do it XD.

floppysquirrel04 said:
Thanks! The “waiting patiently” was the hardest part of this whole process! I almost thought I couldn’t do it XD.
Click to expand...

one of the hardest parts of raising animals, most of us have been there at one point or another , and then trying to second guess, eventually we realize we can't save them all but we did our best 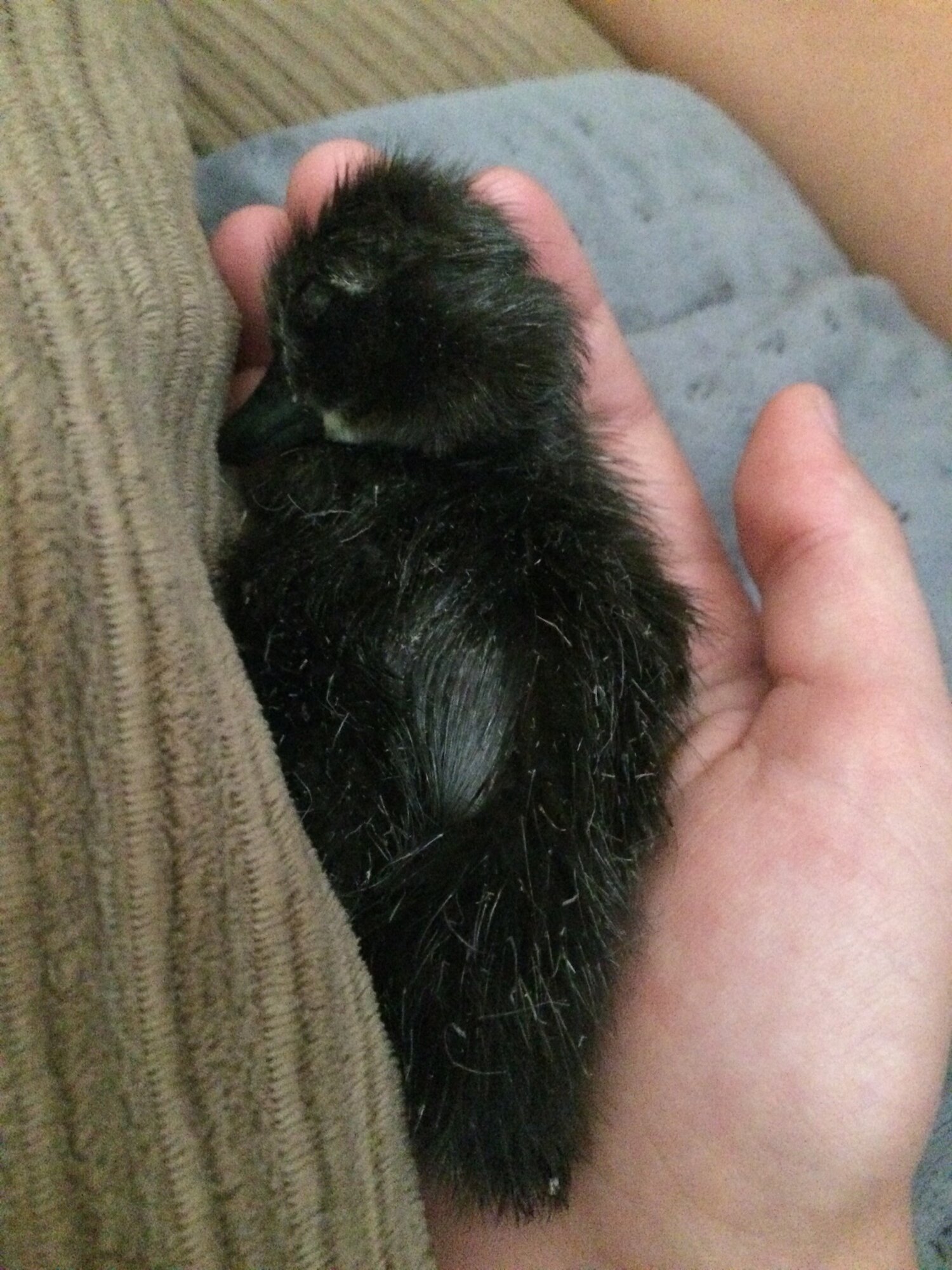 slordaz said:
one of the hardest parts of raising animals, most of us have been there at one point or another , and then trying to second guess, eventually we realize we can't save them all but we did our best
Click to expand...

I’m going to quote you on that XD. Here’s the duckling this morning

I’m going to quote you on that XD. Here’s the duckling this morning
Click to expand...

A
Pipped wrong end, ive stRyed to assist but done it wrong
2