My marans hen, Izzy, went broody Oct 28.
Moved her to a separate pen in a separate building on Nov 2.
Swapped out golfballs for eggs on Nov 4.
She hatched out her clutch and raised them until xmas day when I found an egg in her pen!!!! This egg was paler brown and smaller than normal. (her chicks were 4 weeks, 2days old).
I collected another egg from her today, it was back to being her normal dark colour....so infact, I collected 2 marans eggs from that pen- one from another marans (Ebony)who has been in the clean out pen for 2.5 weeks already. I couldn't tell who's egg was who's... so I thought I would crack them open to see if Ebony was clear yet.... I assumed the broody hen's egg would be NON fertile, since it had been 8 weeks.......but both looked fertile!! So I got the paler egg she laid in her broody pen and it was fertile too! How is this possible?

They don't look fertile to me.
E

Those do not look they are fertilized.

but I see the white bullseye

ChickenCanoe said:
They don't look fertile to me.
Click to expand...

but there is white bullseye in each->? am I missing something?

What I see is the blastoderm by itself. I don't see a bull's eye. Not fertile.

I too, see just the blastoderm, not a bullseye.

I see a bullseye in the top one.

Minky said:
but there is white bullseye in each->? am I missing something?
Click to expand...

I have to be honest. I often have trouble distinguishing them in my eggs in person. I have to have a bright light and wear my glasses. But I guess my old eyes are failing.
There is always a white dot on the yolk. But the fertile egg has a ring rather than a dot.
The dot is the blastoderm. That is the hen's contribution to the potential future embryo.
When the yolk drops from the ovary to the infundibulum and there is semen in the sperm ducts and fertilization occurs, immediately in the warm environment of the oviduct, cell division occurs. As that cell division continues in the (what is now) blastodisc, the first cells to form die off and when the egg cools, development is suspended till it becomes over 85F.
Those cells that die off form the center of the bullseye.

This is how a fertile egg will look. 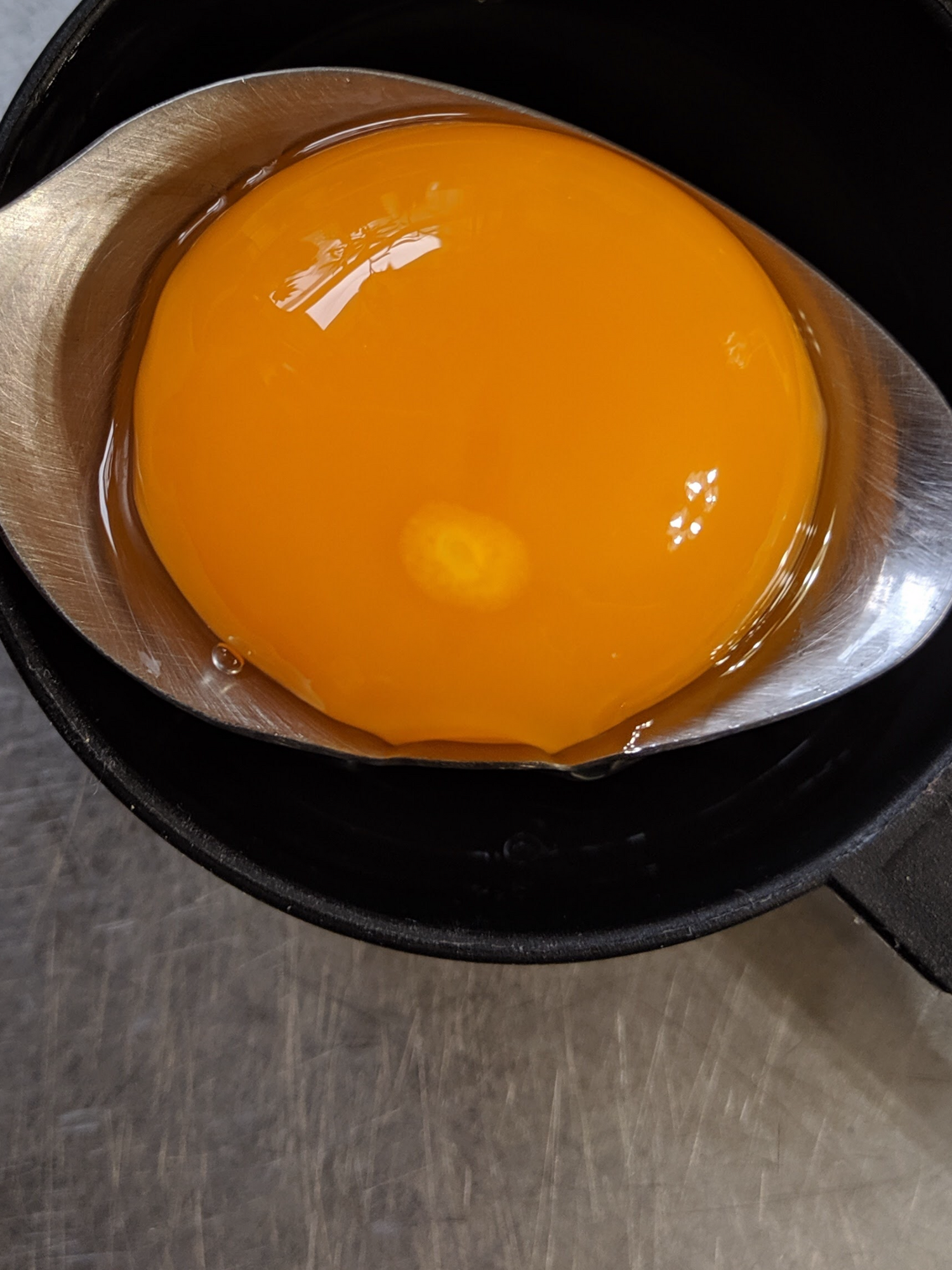 K
Is this normal Hen behavior?
2