Frazzle management in the winter. 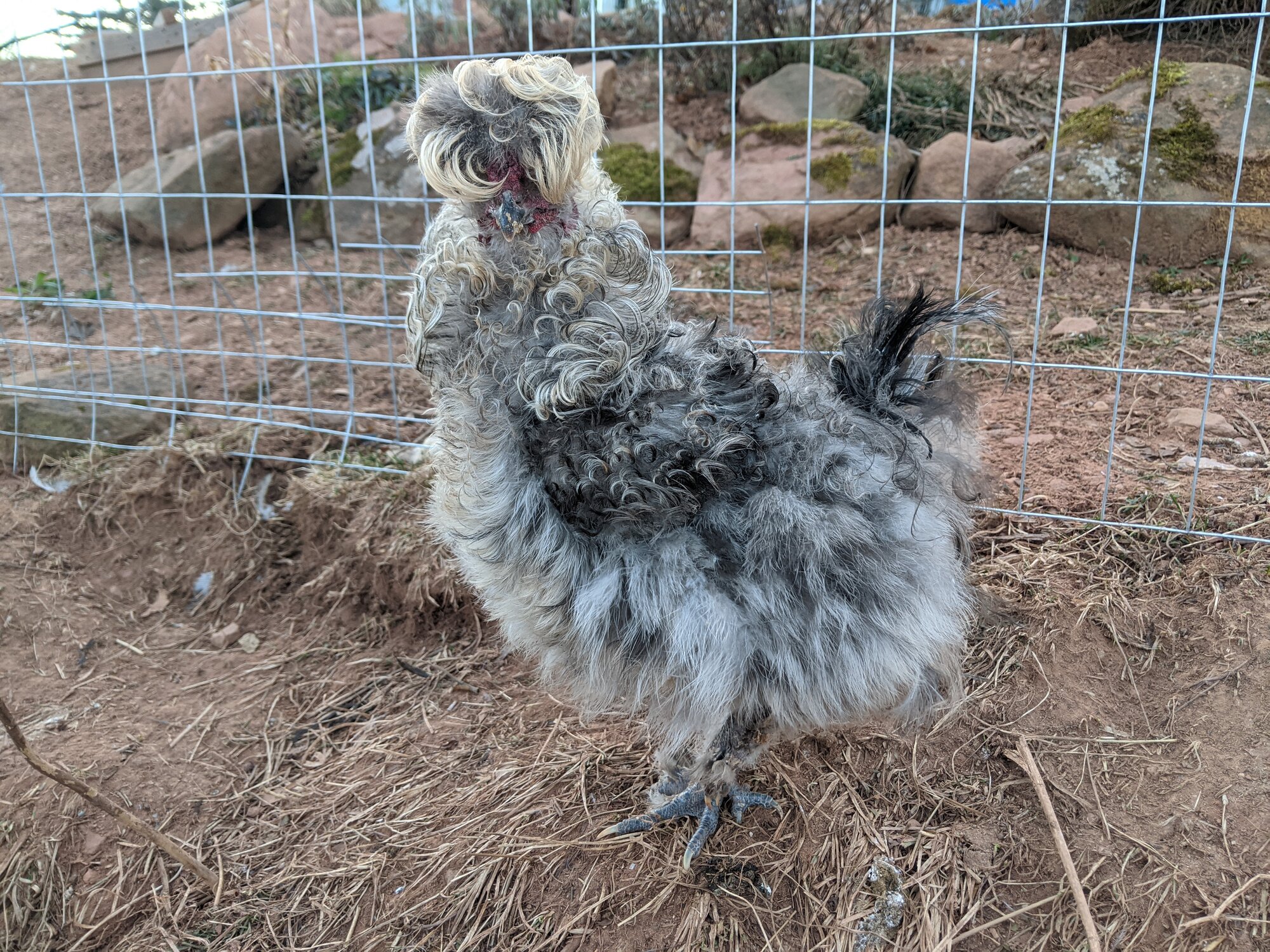 I have a frazzle- hatched out of some purchased eggs, not my breeding, though I'd like if he's ever confident enough to make a pass at a hen to someday breed some frizzle chicks from him.

I was in doubt for a long time if he was indeed a frazzle, or just a manky, silkie feathered frizzle, but at this point I'm pretty sure. He has better feathering than most frazzles that pop up on a casual search, though, and his skin being pretty much the same colour as his feathers and down really makes it hard to tell at a glance how bad he's got it. What he does have - especially now- is an enormous amount of down. Despite my best efforts, he's extremely shy of humans, so bringing him indoors for the cold is something I haven't done yet, though I will if we have sufficiently severe cold weather.
He actually does amazingly well socially. He seems to manage by just 100% accepting being bottom of the pecking order, but never gets seriously bullied or pushed off food. He mostly stays in my greenhouse run with a small flock of bantams, but comes out sometimes, and the big chickens go in there to dust bathe, and he never has problems. He's doesn't roost but the bantams let him into the cuddle puddle.

Is there anyone else managing a semi-normal life for their frazzles? Are there any subtle hints of distress I might be missing? Anything I can supplement his feed with to encourage stringer feather growth? What frazzle management tips can we get together here?

Here's a few more pictures so you can see how bad his feather condition really is- does anyone have a silkie frizzle or frazzle to compare with,iis my boy really just a manky frizzle? 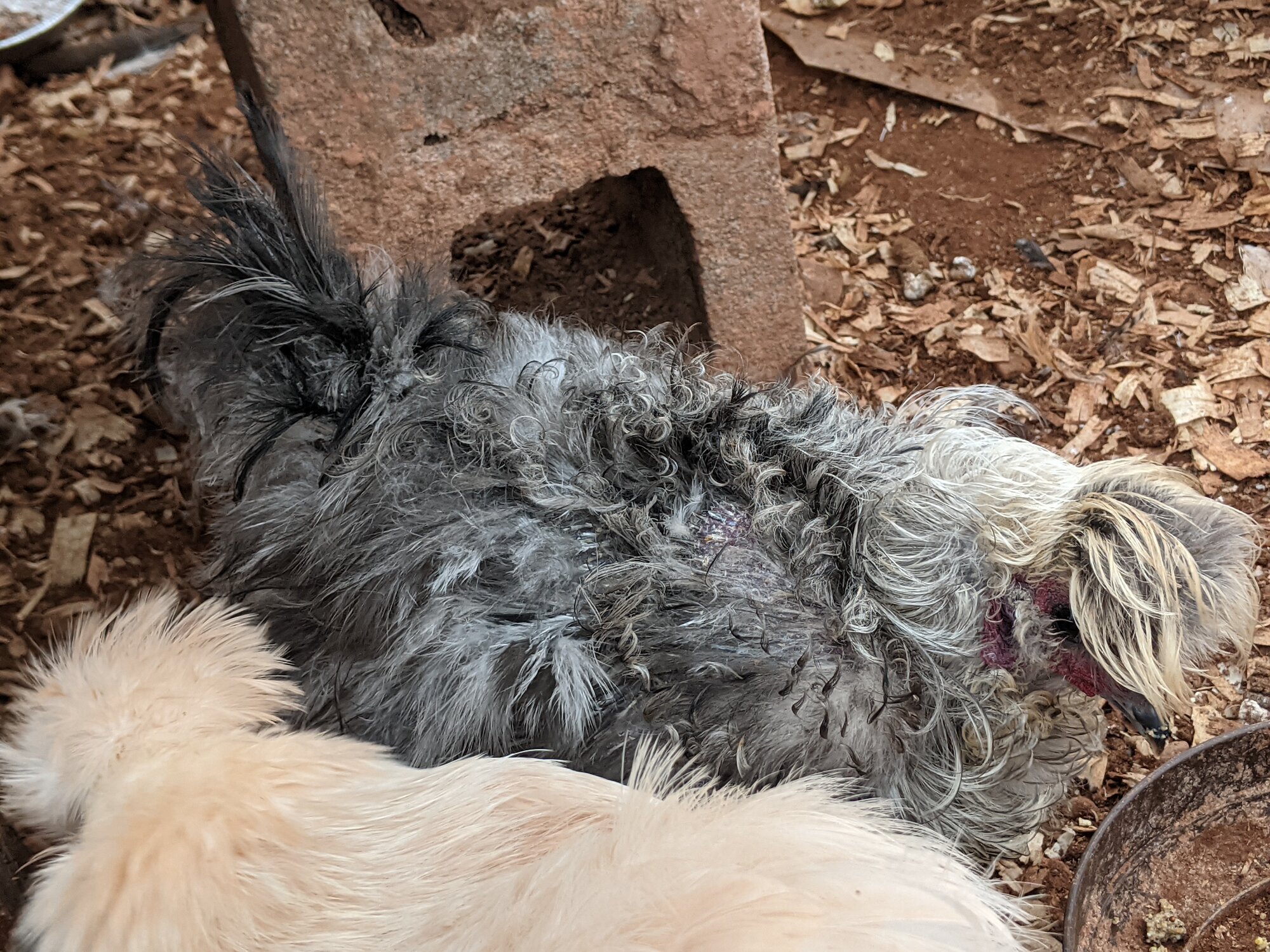 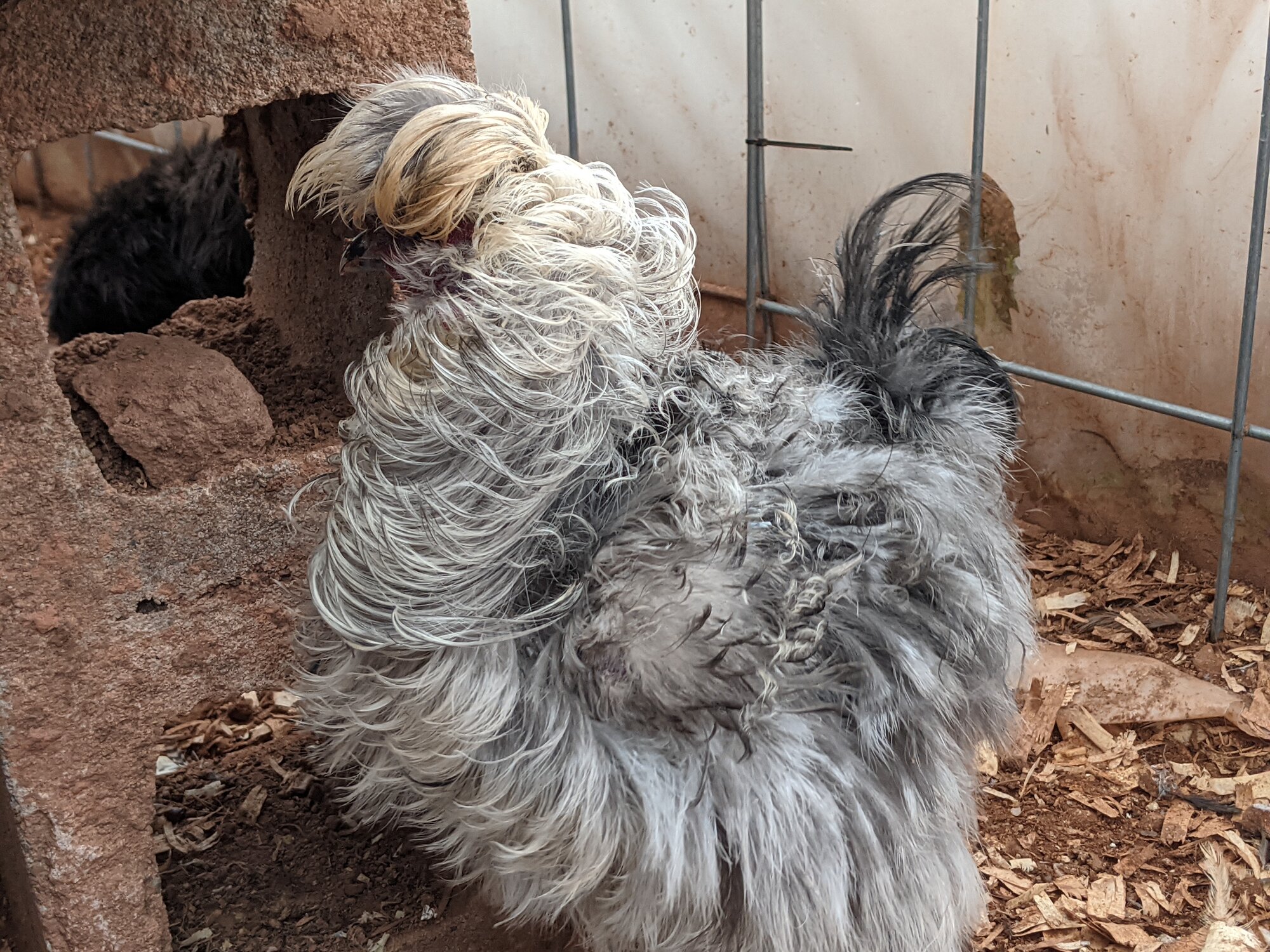 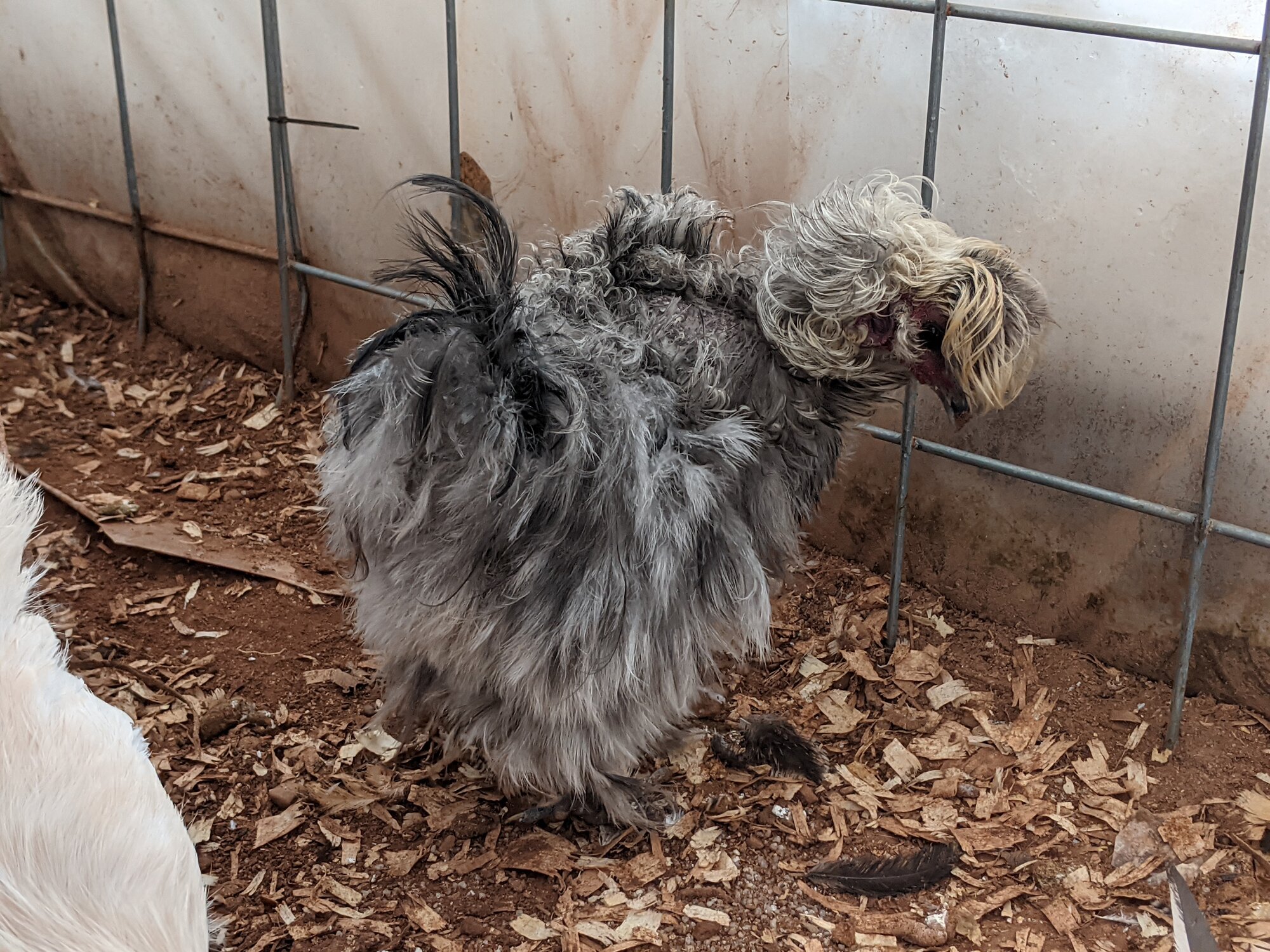 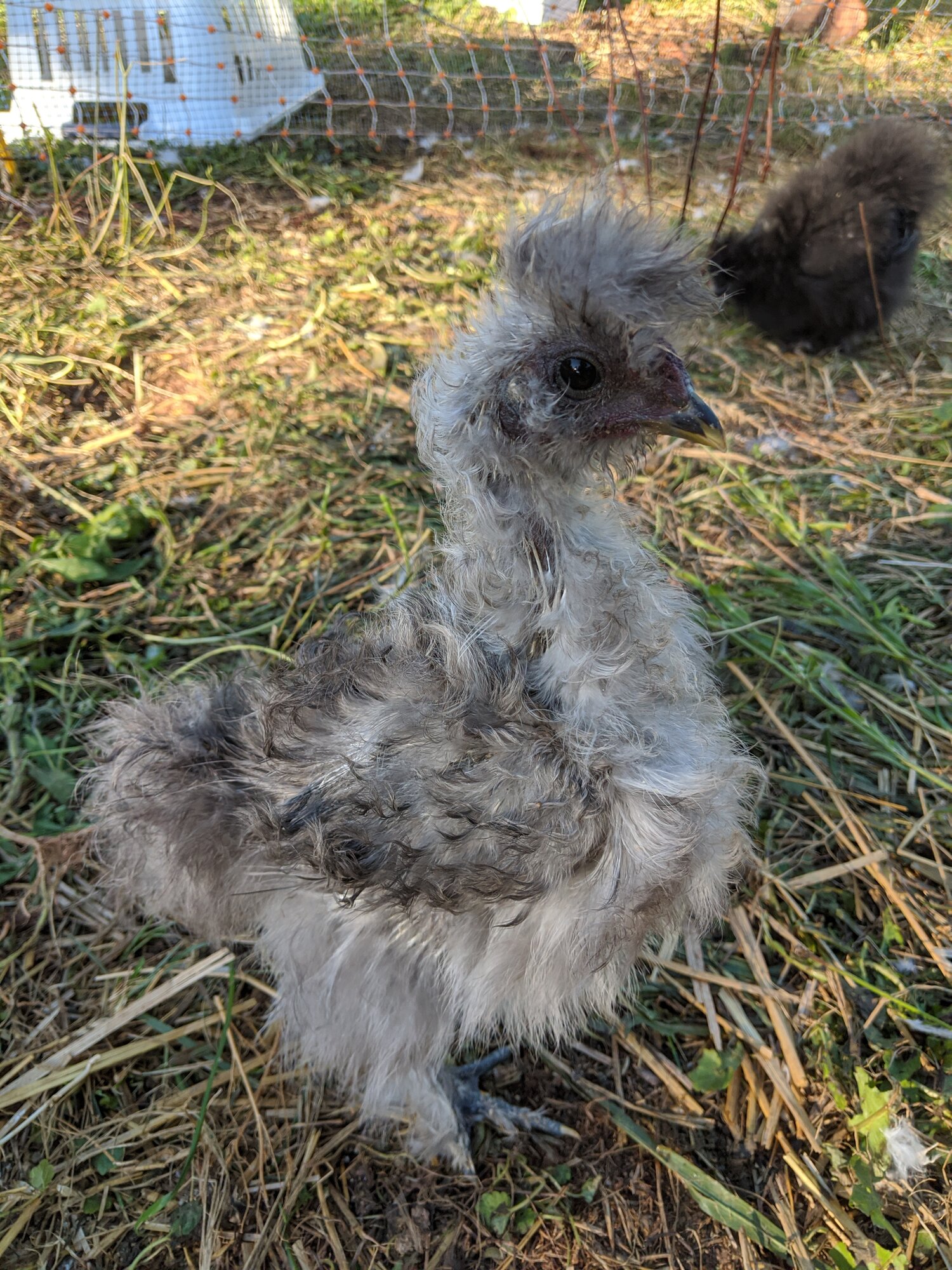 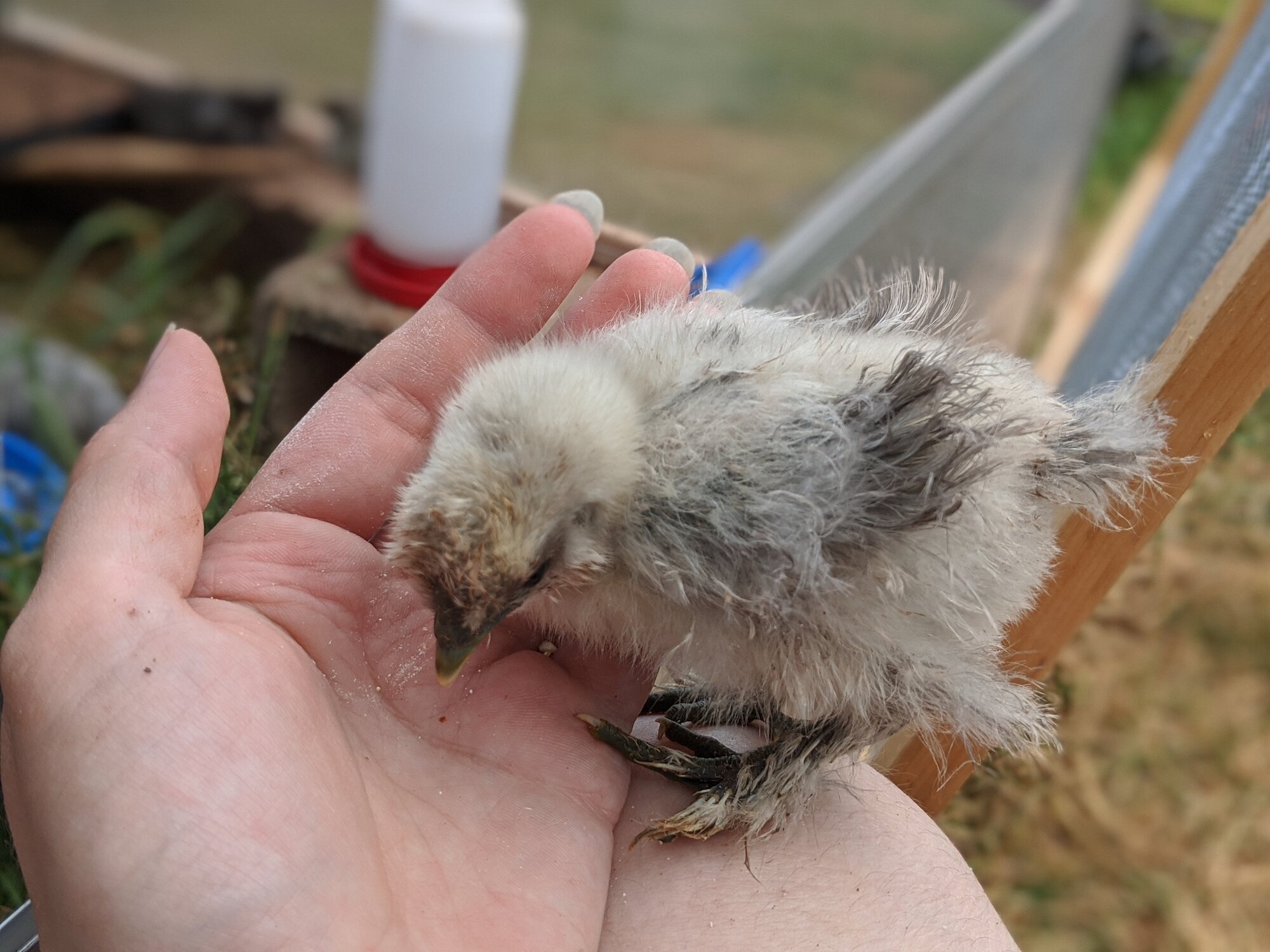 He had these crazy wings as a baby! Those should be the only feathers a silkie gets, but he doesn't have any hard feathers at all, they've always been these bare curls of feather core. And although it's hard to tell, it's pretty much always just been down on his body, if you looked under his wings in the upper pic, he'd be bare. I think he may have down there now, I should check. 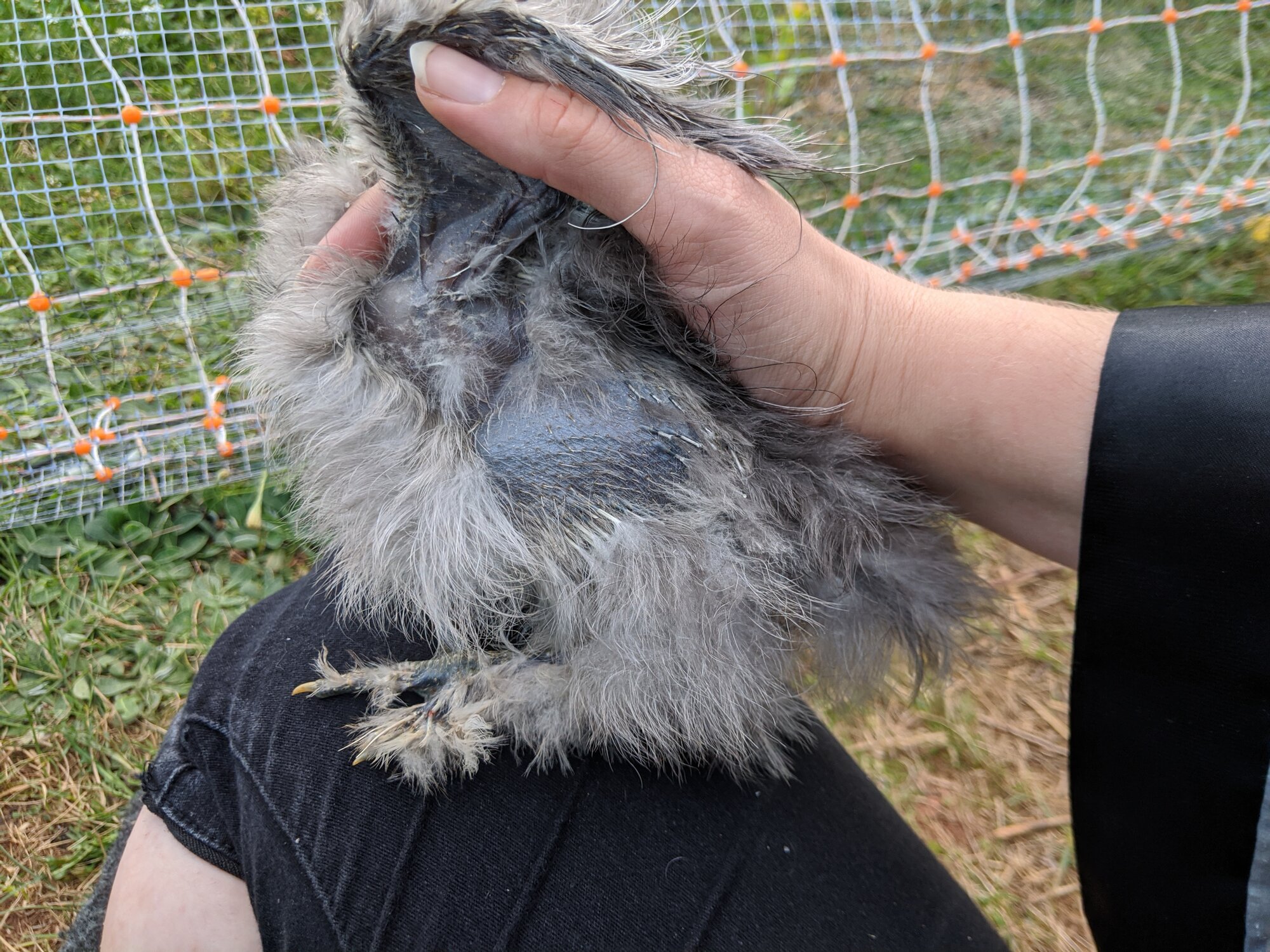 One more pic/bump from the summer showing how are he is.

Anyone raised a frazzle?
2

Why does my frazzle have silkied feathers? (PICS)
2