How this was possible for Female B to have 2 fathers to her chicks is that she was with Male 1 for 2 weeks after being with Male 2 since she began laying. Her eggs were collected while she had DNA from both males still stored for fertilization. While for backyard flocks this can be fun to not know who the father is, it proves that in specific breeding pens that you need to wait a month before introducing a new male to guarantee the chicks will be his alone.

Because Mother B is a sexlink (Calico Princesses are a red sexlink created from a red colored male and a white colored female), she will not produce only certain types of chicks. In theory there is as much chance of different colors as if she were an ordinary Easter Egger.

In my Experience, Naked Necks pass on their signature trait as a dominant trait.

Could you put the letter by each chick? I can't figure out who's who. 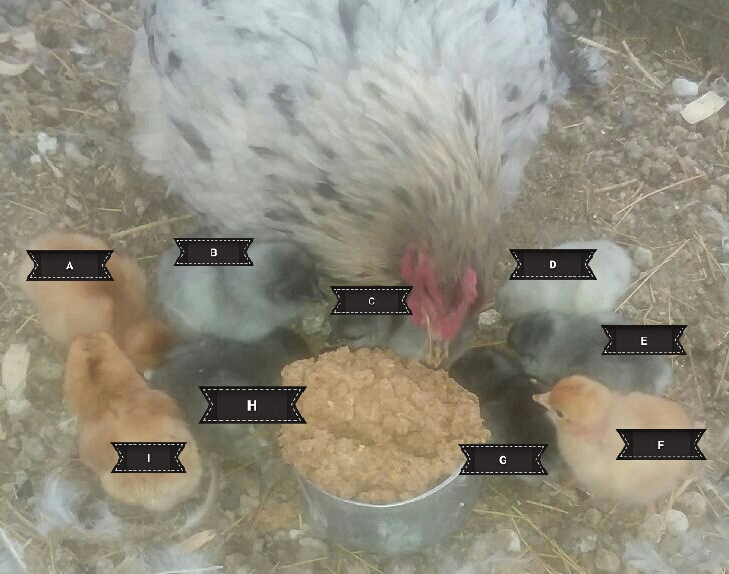 Wow! I got almost all of them right!

Yep, only ones that seemed to throw people off consistantly were B and H 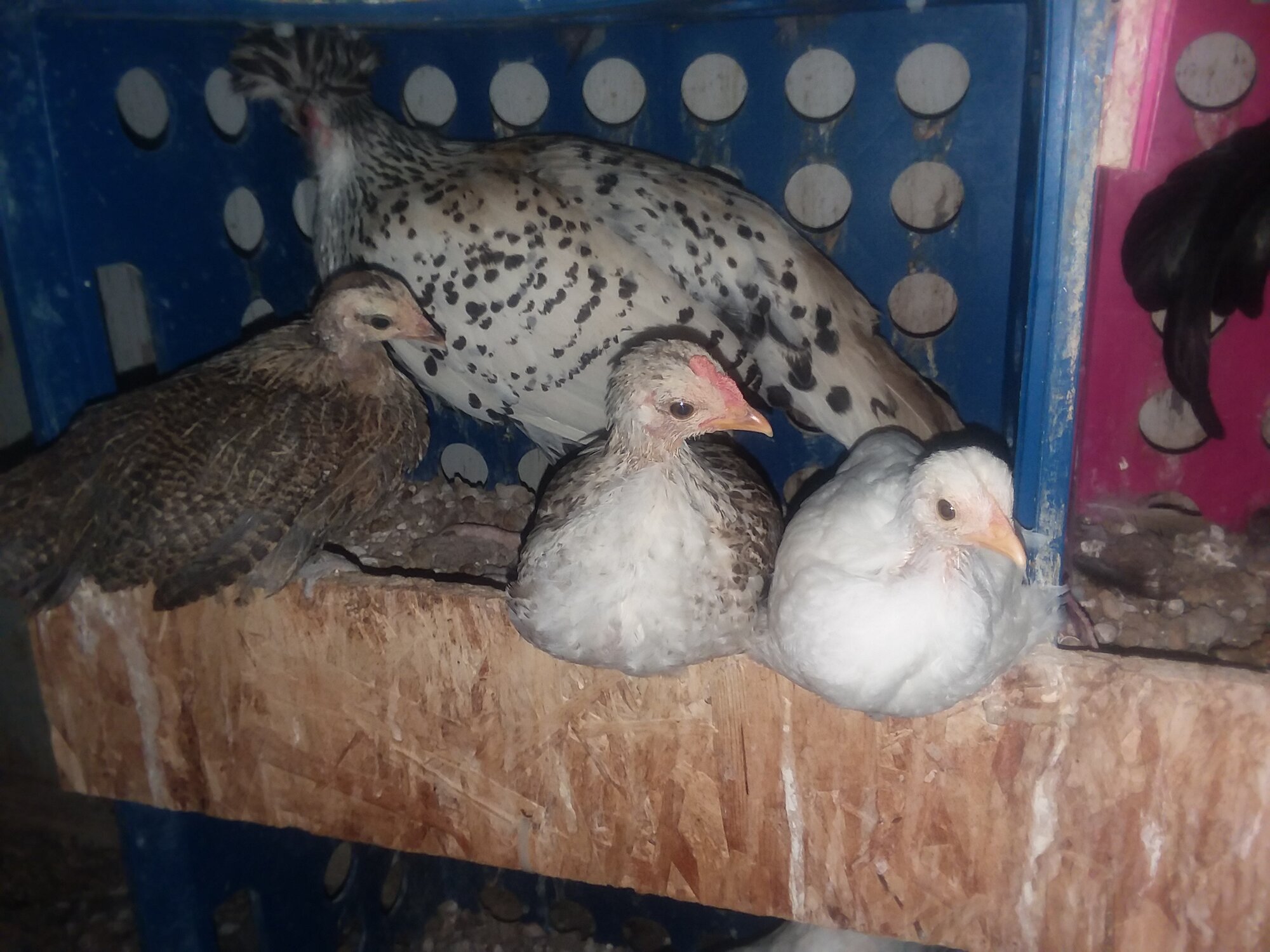 Gender guess? About 8 weeks (I think)

JacinLarkwell said:
Up next:
View attachment 2340696
Gender guess? About 8 weeks (I think)
Click to expand...

The middle one is a cockerel. The others are pullets.

HappyClucker7 said:
The middle one is a cockerel. The others are pullets.
Click to expand...

Yep, that what I'm thinking at least.

Any guesses to breeds?
*Hint: They're standards but the breed can be standard or Bantam*

Don’t look back, you’re not going that way.

On a rock in the Pacific

For some reason this is reminding me of a complicated math problem!