We would love to have you visit us at These are my first and only babies. Bella was born March 20th and Bailey was born on May 15th.

I dont normally post on these types of threads but dkluzier, since your doe is called Tiny Dancer, I thought I'd have to chime in and show you MY Tiny Dancer - she's an angora, born September 08

She's got an interesting story. She was born a twin to a buck kid, the birth itself was dramatic - I knew the doe was thinking about kidding, but was still in the early stages so I was checking on her every hour. I went out there, and there was the tiniest little kid on the ground, squarking and the mum was licking her. And behind the mum was another kid - still in the sac! I ran in there as fast as I could, I could see the kid in the sac trying to breath but suffocating, I pulled the sac off him, and it took about ten minutes of stimulating (rubbing with hay etc) to get him to breathe. All this time the mum wasnt interested. Then when he was okay I gave him to his mum, she was so happy to see him alive she forgot about the tiny little girl!

I penned them up but I soon realised the tiny girl couldnt stand, so for the next two days and nights I was out there every two hours, holding her up so she could nurse from her mum. All through the night I did this as well. In between feeds, she slept in this pink tub with a rug on because it was relatively cold and she was so small. And this way she stayed upright, otherwise she'd end up on her side. I also didnt want mum to sit on her accidently. 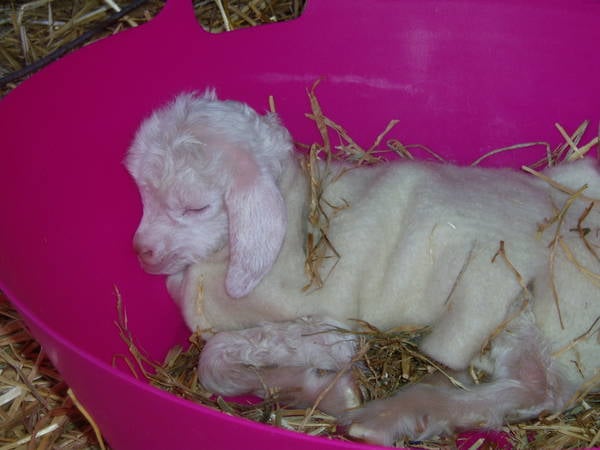 When I weighed her she was 1.7kg - my babies average 3.5kg and her brother was 3.5kg! Huge difference.

One night I went out at 2am to help her feed, and I found this: 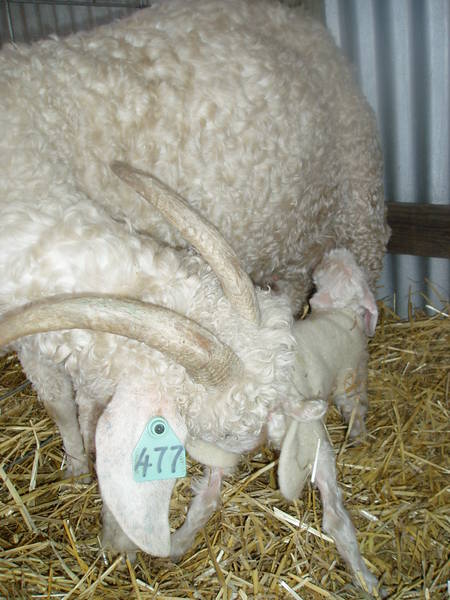 She was standing and feeding all by herself.

After that she did quite well, it took a long time though for her to catch up size-wise to the other kids. This is her and her brother at about a month old: 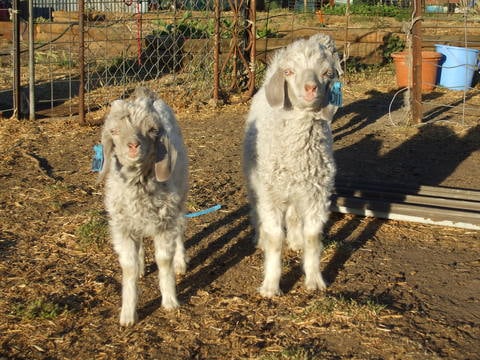 I just think this one is cute: 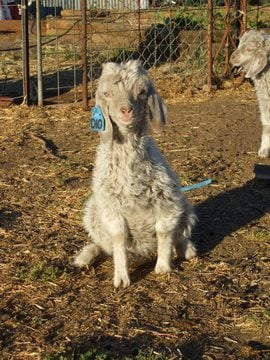 Well her story didnt stop there. At about 2 mths old her mum chewed off her horns (this particular doe always does that - she's not my brightest goat) but that didnt bother her too much.

This is her at weaning at 3 months old, still looking horribly scrappy and scrawny, poor little thing 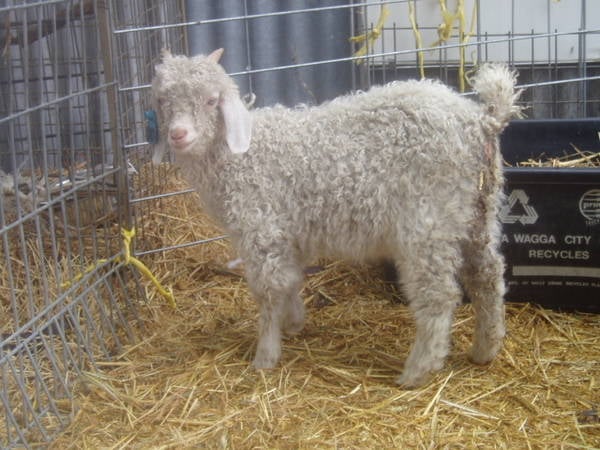 About four months old and up for sale, still a bit of a weed 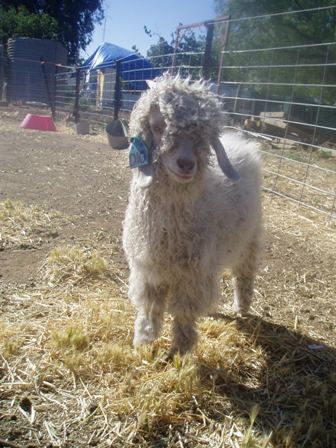 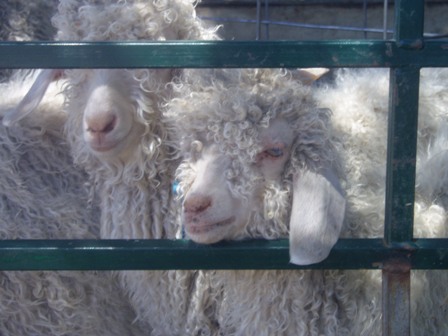 Then this happened just before she was supposed to go to her new home: 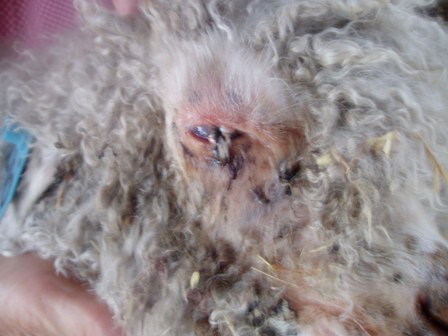 She somehow managed to rupture her eyeball and it had to be surgically removed.

She's now doing fine, but I've told her she wont be sold, she can stay here. She's not one I would usually retain, not as good as some of the other kids I bred last year, no where near, but with all she has been through I think she's earned her place. She's now about 10 months and the same size as the other doe kid I retained (who was the hugest out of all of them). You can sort of see her missing eye here. 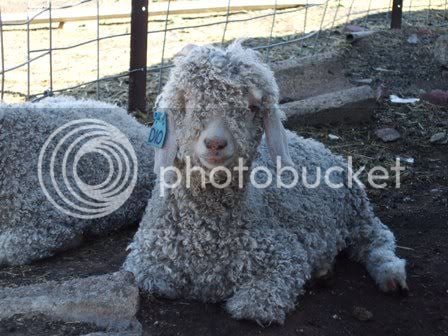 username taken that is one precious little girl there. I would have kept her too. what a little trooper she is. Dragan was almost 3 lbs bigger than Eileen at birth. She's still a dainty girl and he's a big strappin boy.