Developed by Metzer Farms. Metzer Farms was interested in creating a breed that rivals the egg production of the Khaki Campbell but is noted for having a better temperament. The exact breed makeup of the Golden 300 Hybrid (G300H) is unknonwn, but it is most likely a Khaki cross (other poultry farms list the G300H as a Golden Star Hybrid for trademark reasons). The G300H can lay 250 - 300 per year. Egg productions begins at 6 months and will begin to diminish after 2 years (5-10% per year). Metzer Farms can sell unsexed/sexed ducklings and or fertile eggs (for roughly 50% the cost of a duckling).

G300H is considered a middleweight duck (roughly 5lbs-6lbs). Eggs average 82g in weight which equates to one of the best feed conversion ratio among all duck production breeds (feed consumption vs. egg weight). G300H were bred to have strong egg production rather than be good meat birds though owners have indicated the flavor of the meat is good (however per the Metzer Farms website: "Most customers do not need the males and typically they cannot be raised profitably for meat production.")

G300H ducks are not a stable breed, i.e. if you breed them, their coloring and egg production may not be similar to the original parental F1 generation (due to loss of hybrid vigor). Per the Metzer Farm website, "As adults the females range in color from a very light brown to a very dark brown, often with areas of white on them. Males can appear much like a Rouen, or a dull looking Cayuga or with white and dark markings."

In terms of temperament, G300H are listed as calm although others have indicated that they can be a bit flighty and loud compared to other calmer breeds (e.g. Silver Appleyard & Muscovies).

If you own this breed, please use this thread to post overall experiences with this breed.

Shea just turned 2 years old yesterday. She's a mail order bird from Metzer's and has been a great pet. Very calm and always happy to see you. 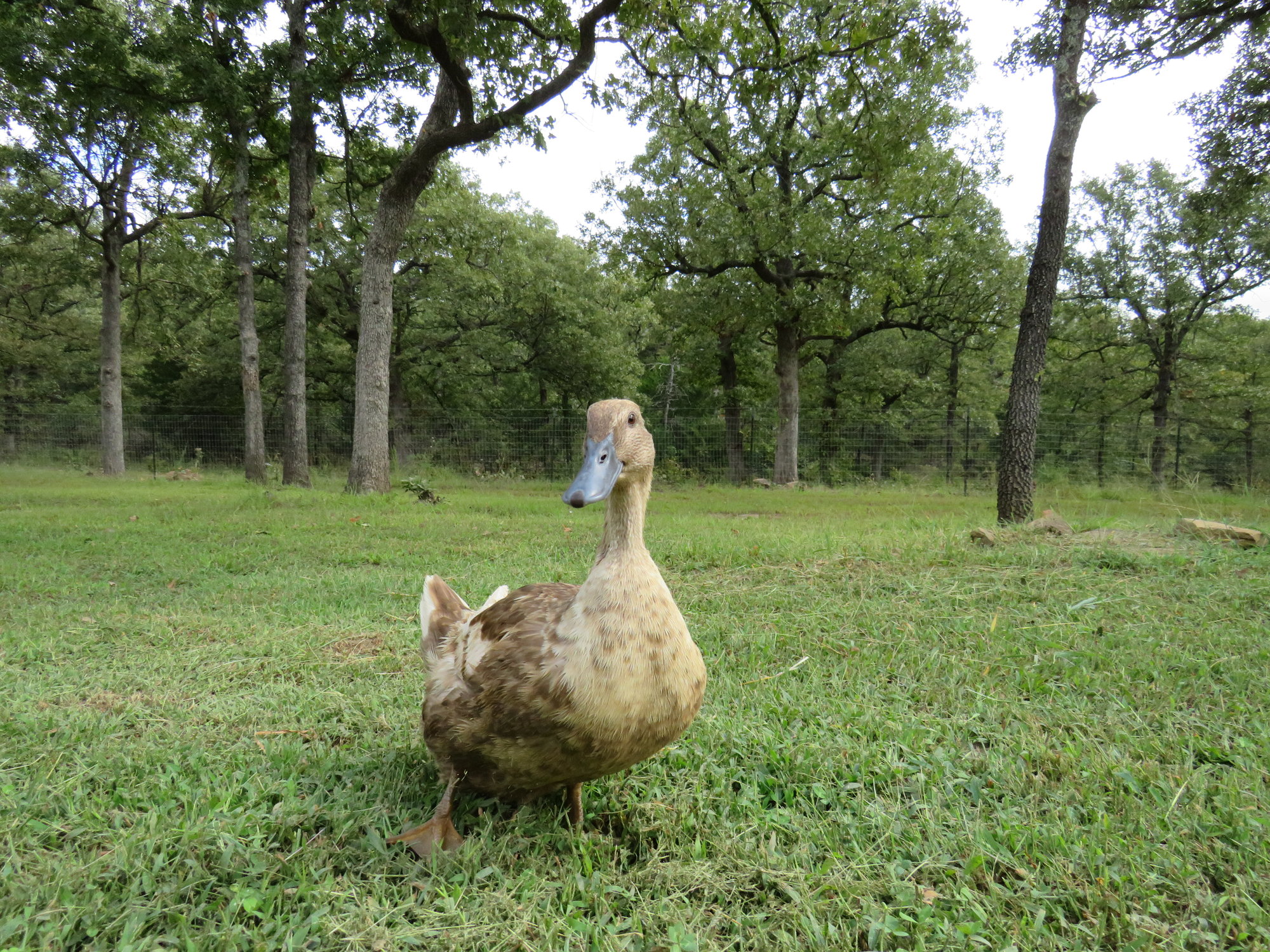