Granny's gone and done it again

I'm heading out. Have a good night ya'll.

Cynthia12 said:
I won't fib. There were some tough times. A lot of surgeries, mostly orthopedic. But when he went in to get his spinal cord released a few different times, that was really hard. Scary. We stopped counting surgeries after 34 I think it was, and he was only around 12 years old. He still has a surgery here and there. Just had a stone removed from his bladder that was bigger than a golf ball. Yeah, he had been hurting. Has feeling deep inside..but not so much outside. He's paralyzed from the waist down.
Click to expand...

wow, thats sad. He looked happy though in the fishing pictures. He really had a rough start. Is he married?

Cynthia12 said:
I'm heading out. Have a good night ya'll.
Click to expand...

Granny Hatchet said:
those poor kids on leashes. hahaha Never teach them what stay next to me means and make it stick.
Click to expand...

I found a kid that got off the leash and was headed for a 4 lane highway! Slammed on my brakes and went and got him.

Granny Hatchet said:
3 foot longs ya I never dreamed it would be that much.
Click to expand...

twisted-acres-farm said:
OMG well here is the new owner of Myles and Equinox , I guess he is BIG on u tube

Wait what?? He owns YOUR yaks that you just sold to him?

I am very confused.

I worked more on this basket liner today. 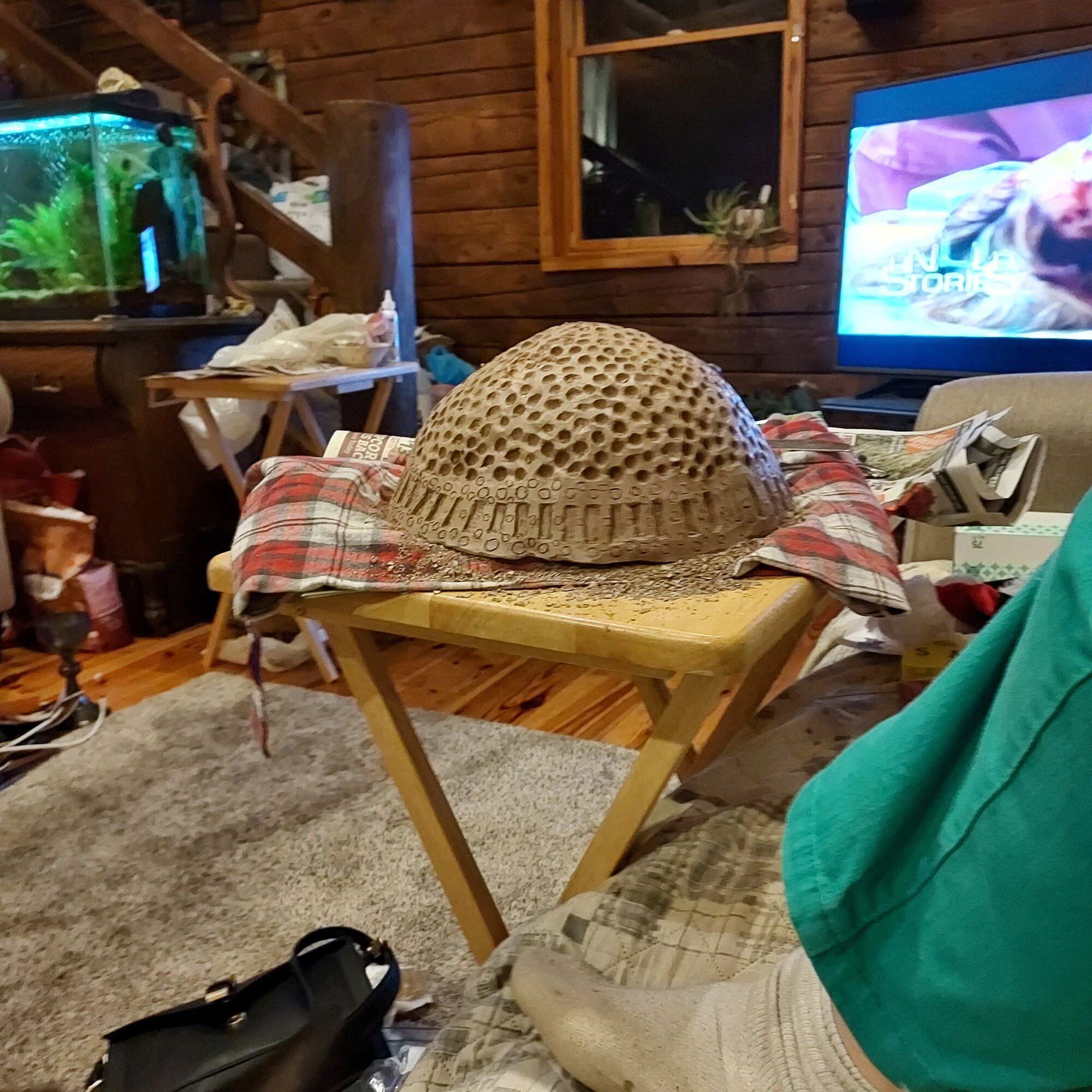 Wow! That must take a really long time! You sure have a lot of patience! I don't.

well peeps. Its been a long day. Im heading off. Sweet dreams