Help! How can I keep my chickens?!

We live in Vulcan, a township of Norway in Michigan and, though I was told by a few random people who apparently worked with the township that chickens were okay to have, a man who is apparently the Township Supervisor told me that I now have to get rid of them in accordance with the Township Zoning Ordinance.

I asked him how I would go about changing the Ordinance or who I would speak with in regards to trying to petition the Ordinance and he was of NO help, telling me that I'll never get it changed. I don't think that was very fair of him and now I'm stuck trying to figure out what I can do to change the Ordinance.

He sent me a form which outlined the Township Zoning Regulations and it states that not even agricultural zoned areas are allowed to have what is referred to as a 'poultry farm'. Now, I went online to search for the legal definition of a poultry farm and we found something that defines it as 'Farming 500 or more chickens'. I have twelve.

Does anyone know what I could do or who I should contact in regards to getting this changed so that we can keep our chickens? I'm totally lost at this point.

I would bring the town supervisor (or mayor) a copy of the ordinance and tell him you're within the limit. If that doesn't work, I'd go to the next town council meeting.
Good luck.

I would use the way that it is written to my advantage. If it states "chicken farm", which you obviously do not have, then I would think you have a legal loop hole

I learned a long time ago that what an official tells me the law is, and what the law actually is, can be very different. This is a good example of that. Unless there is another regulation, you are well within your rights.

He can assit you through the whole thing including talking to your city gov for you.

Check out this thread: https://www.backyardchickens.com/forum/viewtopic.php?id=182280

Michigan apparently has the most powerful Right to Farm Law in the country. It trumps city ordinances and zoning, and that has been upheld by your state's Supreme/Superior Court; however there are a few things you must do.

-You must intend to make a profit. So go sell some eggs, and have a written bill of sale. Put up an "eggs for sale" sign or advertise on craigs list or some such.

- You must follow generally accepted agricultural practices (take good care of your animals).

Thank you all for the awesome information. I will call my State to find out what rights I have as a resident that supersede the Zoning Ordinance.

I spoke with a zoning comission employee and she told me that since it does not say that I am allowed to have chickens, I am legally not allowed to have them. There is a section that she read to me that was highly vague on the rights to have pets on the property. It said you are allowed to have three of each of domesticated animals (Dogs, Cats, Birds, Fish, etc)... But then it said any exotic animal other than Cattle, Poultry, Swine or any other farm animal is not permitted. So, she said that it's basically interpretation and kind of leans towards chickens being farm animals and not pets. She said the only thing I can do is apply for a... Meh, can't remember what it's called but it would basically be a request for the board to meet on the subject, allow the people to speak on behalf of it, allow me to state my case and then it would be posted in the paper and people would then have the chance to attend a meeting and speak there peace.... Though the final say still goes to those five members of council who make the decision on there own. And the town I live in is VERY clicky, so I'd say my chances would be slim.

That brings us to another issue... If we anger the wrong people, I'm afraid they'd be on our case for every single little thing by our house and may cause more trouble for us in the long run. You know, those people who are just looking for something to complain about.

Now I'm torn. I know there are many people who think I should be able to have chickens in my yard and who would be willing to back me on a petition, I now have the option of using the State laws against him, but I'm also at risk of ticking off the wrong people. *Sighs* All this fuss over some chickens... What is the world coming to.

Hi. I am an attorney and former township and county planning commissioner in Illinois, and chicken owner. ALthough I am not licensed in your state, which you should bear in mind, the first thing I would do is get an ACTUAL COPY OF THE ORDINANCES in question. Do not rely on what other people tell you the ordinances say. Get a copy of them and then post it and folks can take a look at it.

The MI Right to Farm law is probably one of the strongest in the country so even if they prohibit "chicken farms" that might not be enough. You are in a bit of a quandry as in order to get within the protection of the state statute you might have to go commercial but to queeze in under the township ordinance you may have to say that you a not a farm, which are inconsistent positions.

That's why you need to have actual copies of the laws in question.

If you post them I can take a look or you can email me directly.

You might want to consult an attorney in your area. It may be worth a consultation fee to get the straight story. Be sure you pick someone who does a lot of zoning work. These people usually represent developers who want to come into the area. Ask around about who best to see. 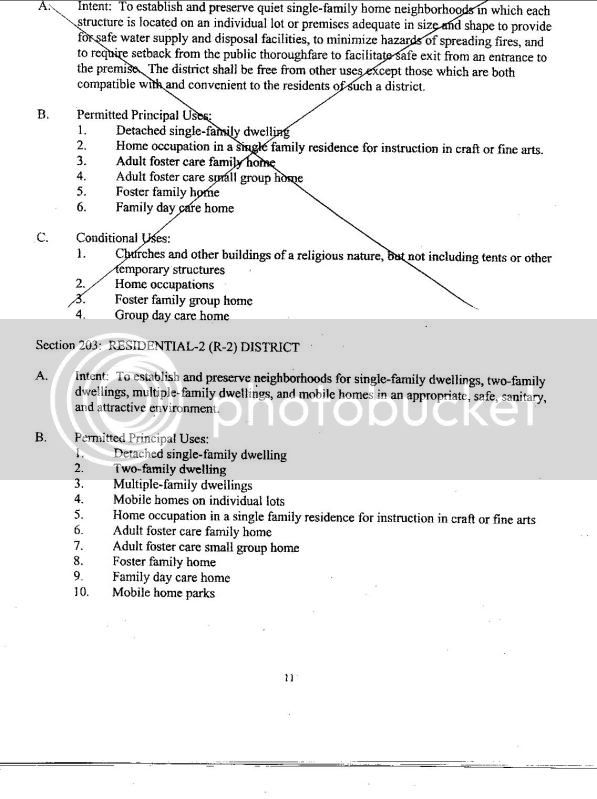 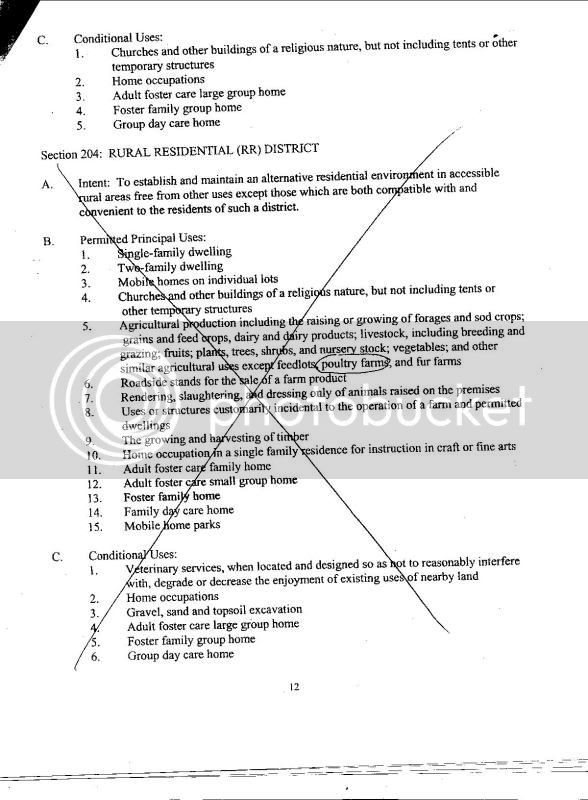 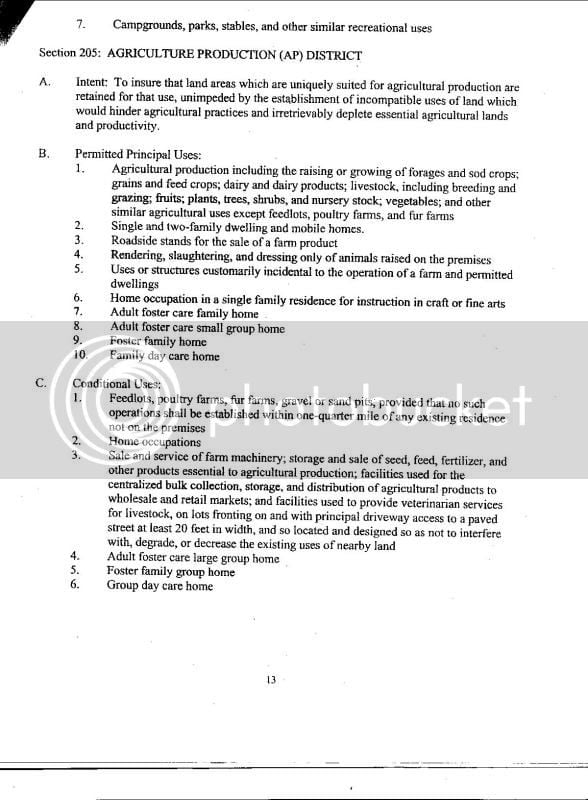 The only thing it talks about are Poultry Farms in Rural Residential and Agriculturally zoned area's, but that does not pertain to me either as I do not have a Poultry Farm.

Absolutely get a copy of the Michigan Right to Farm Act (google it and print it out... that's what I did.) Send a copy to your Town Council and request that they have their lawyers read it. This Act supercedes all local ordinances and zoning laws. The only thing you have to do is raise your chickens according to the State regulations (which are basic, common sense rules that you would do anyway), and sell a dozen eggs to a friend or neighbor for what ever price you choose. It will save the Town some money to know ahead of time that they will lose if you took them to court, or visa versa. My Village Council conceded that I have the right to raise chickens, within the Village limits in Mulliken, MI, despite a Village anti-chicken ordinance, based on the Michigan Right to Farm Act. Good Luck!!