How do I know if my cat is pregnant?

Friends of mine found a small female cat that was starving a few weeks ago. They took her home, fed her, and had her updated on shots at a vet. I was looking for a barn cat, so they gave her to me. By the time I got her, her belly was very swolen. The vet told them that it was because she had been starving, and when she started eating again, her belly swelled. He said it would take a little while to go back down. He also said that she was about 10 months old and not spayed. She eats really well, but is still skin and bones with a with a huge belly. I noticed today that her nipples are much more pronounced than normal. This happened to my dog just before she had pups, so I wonder if she might be pregnant. I felt around for movement in her stomach, but it just feels like a lump to me. I've never had a pregnant cat, so I don't know what to look for. How do I know? Shouldn't the vet have noticed when he saw her? Can cats have babies year-round? I've only heard about kittens in the spring. She's extremely friendly, but she's very inactive for a young cat. We thought this was due to her recovering from starving just a few weeks ago, but now I'm not sure. Between us and our friends, we've had her for about 3 weeks.

It's not unusual to have kittens year round, just more in spring. I'm not that experienced with pregnant cats, but swollen belly is a good sign. I'm not sure if the nipples swell before birth, but nursing cats have large swollen soft nipples, especially after eating. If you think she's expecting can you get the vet to confirm, or you could just wait and see.

Very good of you to take her in.

Yes very good of you to take her in.

I rescue cats with an organization and in my experience- if you have a female cat outside, over 4 months old and it's not fixed, it WILL be pregnant.

So yes, most likely she is.

Do you have a picture of the sweet thing?

Yes, I think its fair to assume that she IS pregnant. Cats are induced ovulators, which means they can be bred almost any time and she WILL get pregnant.

Great job taking her in!

Here's a pic of her. You can't really see her belly the way she's sitting. Our friends' kids named her Coco, so that's what we'll call her unless we think of something we like better. 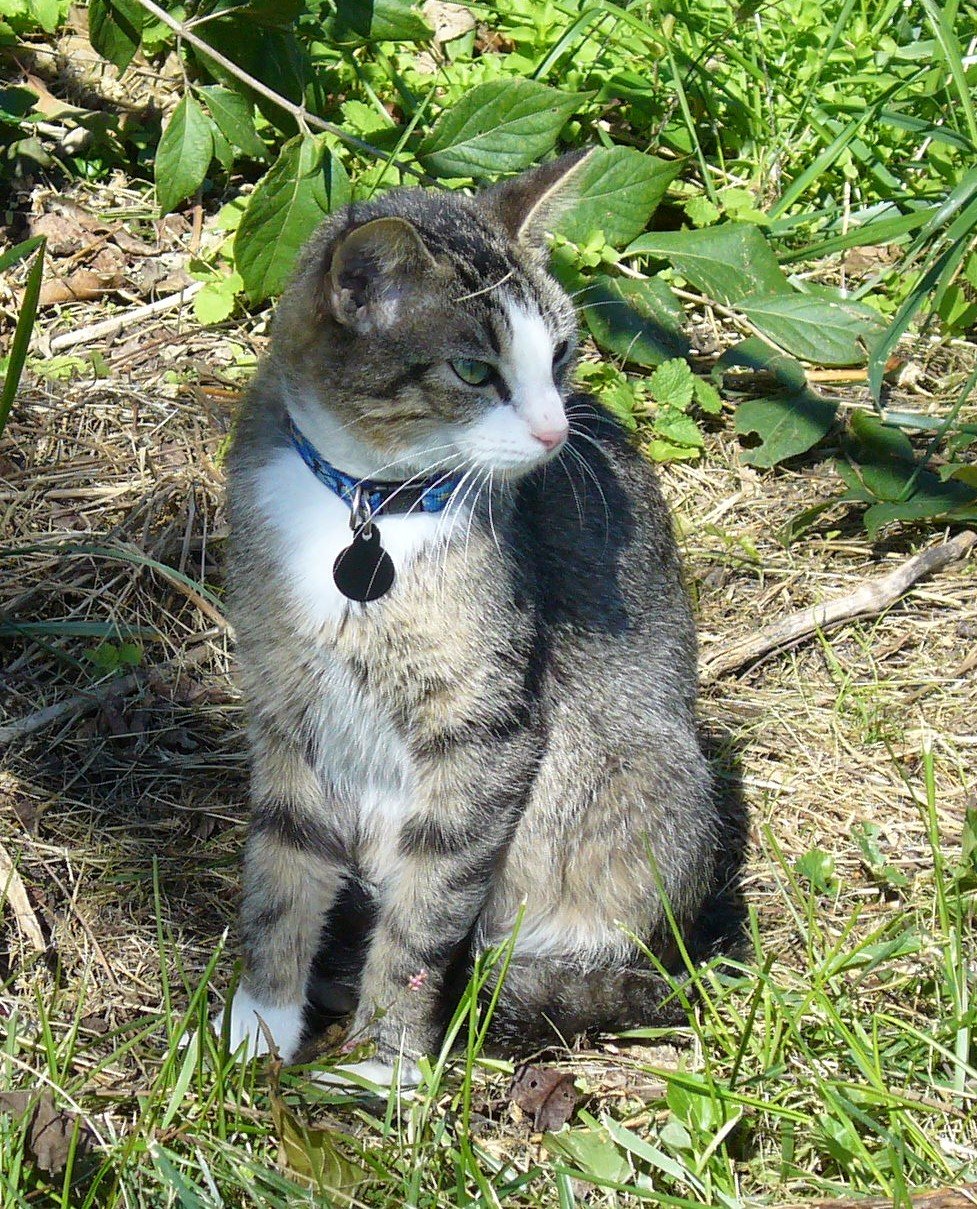 In a van down by the river

well I will tell you it depends how far along the cat is "IF" she is pregnant. After several weeks of pregnancy the tiny nipples turn from shiny white to pink. if they are pink she is pregnant. but your best bet would be a vet visit.

At the same time the cat would be extra loving, more docile than what an un-spayed cat would be and will wander around the home looking for a cozy quiet area. if she scouts the home and tends to hang in quiet spaces she is testing how much traffic and noise comes through there. I was unable to tell if my Tinkerbell was pregnant until her nipples turned pink. But I did notice her acting different, more calm, and more of a homebody from the cat who tried running out the door every time it opened. It will be harder for you to know since the kitty just came into your life. Good luck

I will tell you, my cat she wanted me there throughout her birthing process it was a beautiful thing. I tried to leave her be and do her own thing but she would get up every time I moved away and moan until I came back and rubbed her belly gently.