I need some advice with the latest clutch of scovy babies! ill try to make this short, sorry in advance lol.

My 3 girls all nested about a month ago. A couple of days ago one of my girls was attacked by a fox and she passed away. I divided up her viable eggs and put about 6 each on the other girls nests. All good.
Yesterday, Newton’s eggs started hatching. There was around 6 eggs that didn’t hatch with the others and by this morning she took them out for their first walk and essentially abandoned the 6 eggs. 3 were pipping and 2 had poked their beaks through. They were all getting cold, so in a bit of a panic I put the 3 whole eggs under Winsor and held the others to work out what to do. I then put the 4th egg with the others under Winsor.

Anyway, these 2 have now completely hatched but they aren’t thriving so well. They looked awful this arvo but I’ve had them wrapped in a tea towel and helped them dry off. Theyve had a little water and tried to nibble at some crumble. They are loud and wriggling a lot but can’t stand very well. They lay down constantly and can’t walk properly. In fact they just lurch about like a pair of drunks. I tried putting them with the clutch outside but mumma newton isn’t helping them stay in the group so they keep getting left behind when the flock moves or whatever.

It can take a few days for them to get their legs under themselves. I’d get some Poultry Nutri drench and try giving them some drops gently into the Bill with s dropper or right along the bill it’s the best stuff for giving newly hatched some nutrients they need. TSC carries it make sure to keep them warm which is very important. You may just want to set up a brooder and get them in it for now once they get stronger you might try again with mama duck but no guarantees she’ll accept them so watch closely. Very sorry for your loss.

I just saw your in AU so not sure if you can get any PND. I'd def get them inside and warmed up.

Keep us update on how they are doing and when the others hatch.
Last edited: Nov 30, 2018

They will require a heat lamp. Being cold could be why they have difficulty getting going. 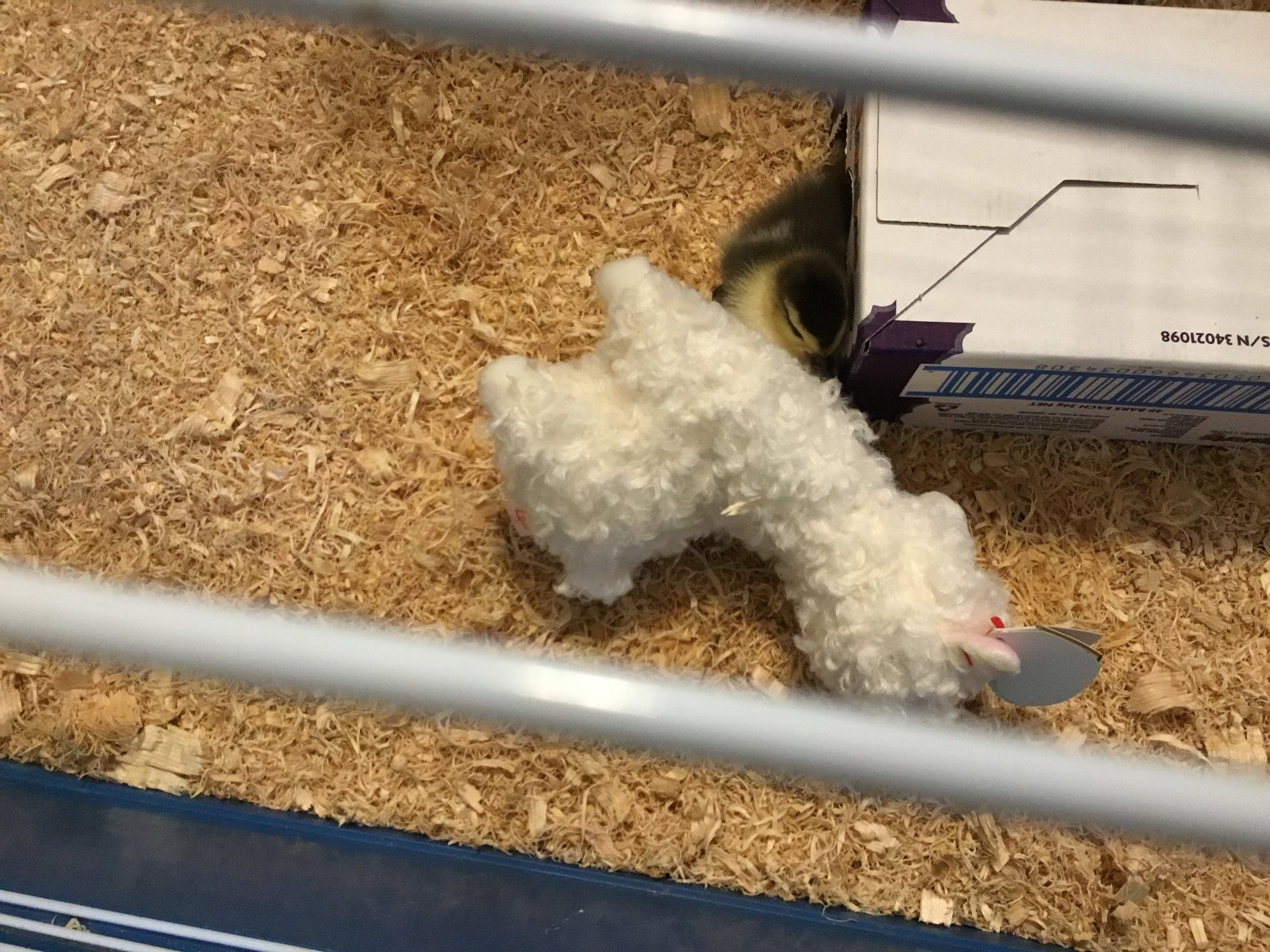 Thanks heaps for all the advice!
Good and bad news. The little yellow one didn’t make it, despite being a lot stronger initially than the black and yellow.
We’ve got the sole duckling in the box so she’s (hopefully a she, lol) warm and safe. Each day she is making massive improvements. Newton doesn’t want anything to do with her and attacks her if she sees her in the yard. I take her for a few trips down to a watering hole where she loves to swim and forage but she keeps running back to me as though she doesn’t want to be too far away. She’s walking much better now. She’s digging around the pine shavings and definitely eating more. We don’t have PND here in aus, like you said, miss Lydia, but I did get ahold of an electrolyte type mix that I add to her water. We also bought her a little teddy alpaca which she adores!! It’s so cute! She plays with it, attacks it, cuddles with it, sleeps with it, nips it, and just loves lying with it.

I’m hoping and crossing all fingers and toes that she isn’t a drake. I don’t want to vent her until she’s a lot bigger. We’ve named her mrs Robinson lol.

Mrs Robinson is adorable . I had a Muscovy who lived inside because his mama rejected him and killed his sib she attacked him but I got him before she killed him. Anyway didn't know at the time of course he was a drake but even 7.5 yrs later he is still my baby boy loves to come inside and visit with us, of course when he became sexually mature starting at around 4 months old I had to use tough love to teach him I was not going to be one of his girls. And once in a while I still have to remind him but I wouldn't trade him for nothing he loves to be snuggled and spend time with us. So maybe even if MRS Robinson turns out to be a drake it won't be so bad?

Aww, that’s so sweet! So he’s an inside/outside duck? I’ve got so much to learn about ducks coming inside! If only we could toilet train them

I’ve got no problems with mrs Robinson turning out to be a drake, but it won’t work for logistical reasons. I think 4 adult ducks is our limit and we’ve already got 1 drake. I don’t think a 2:2 ratio would be successful