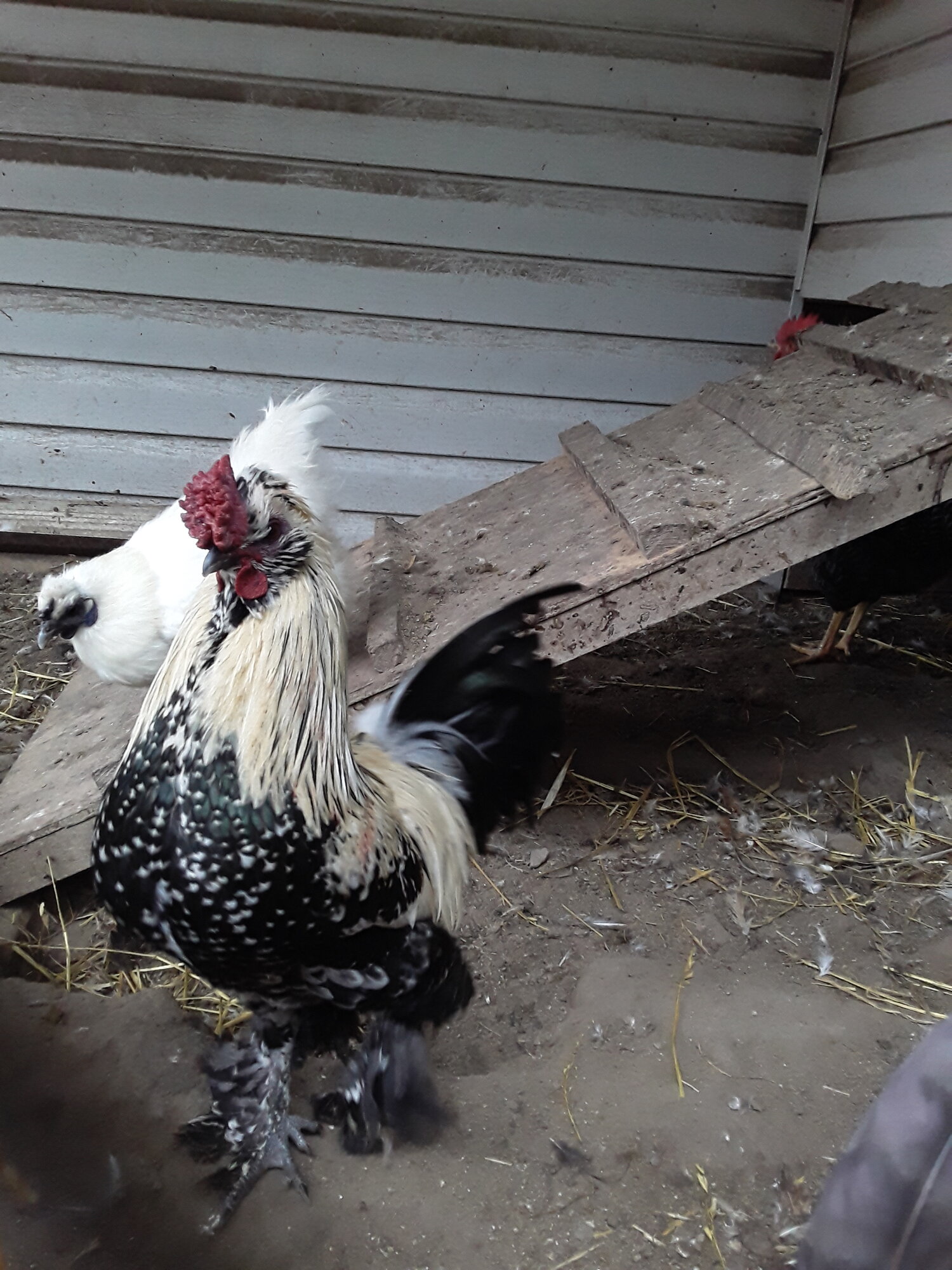 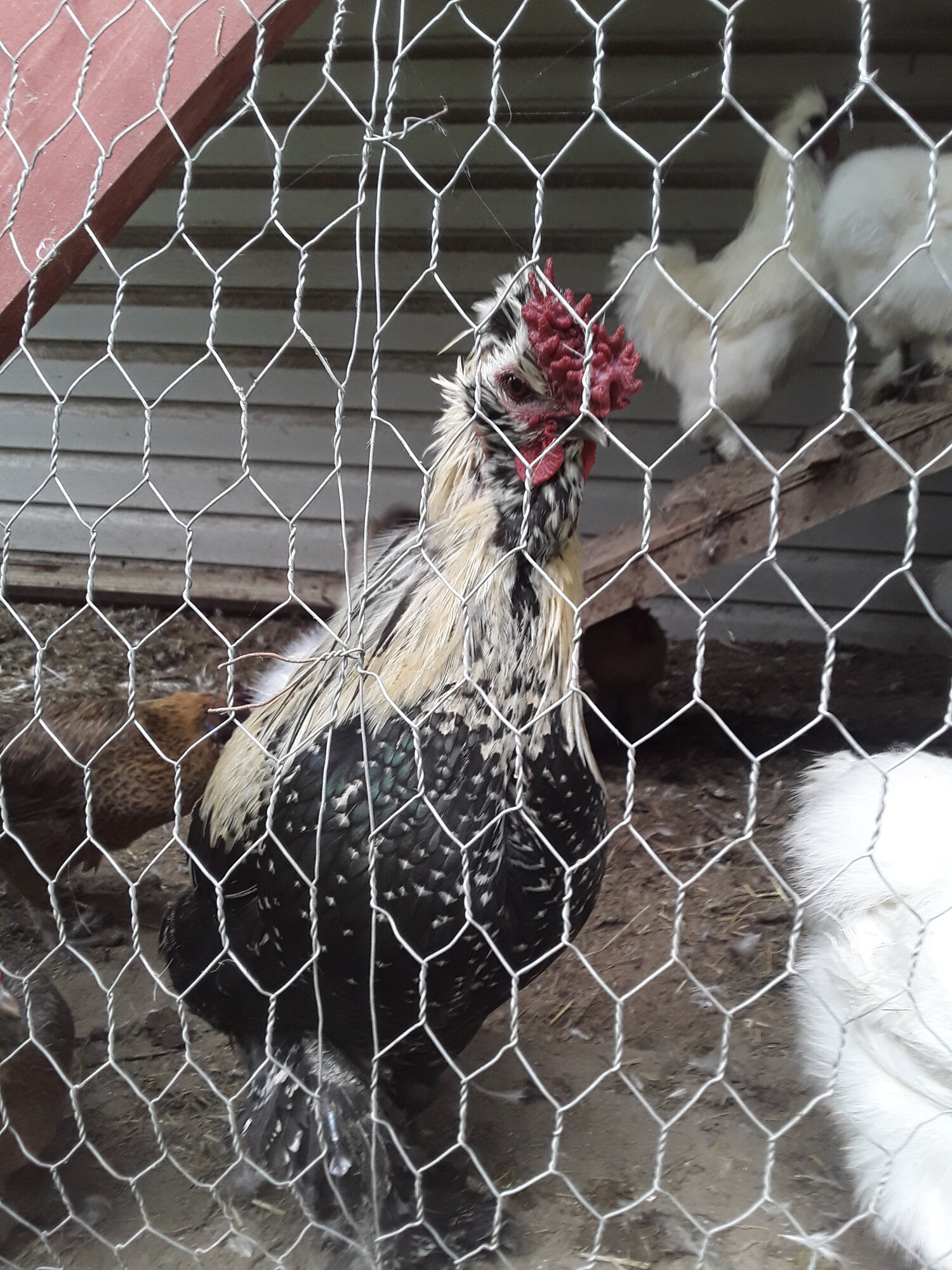 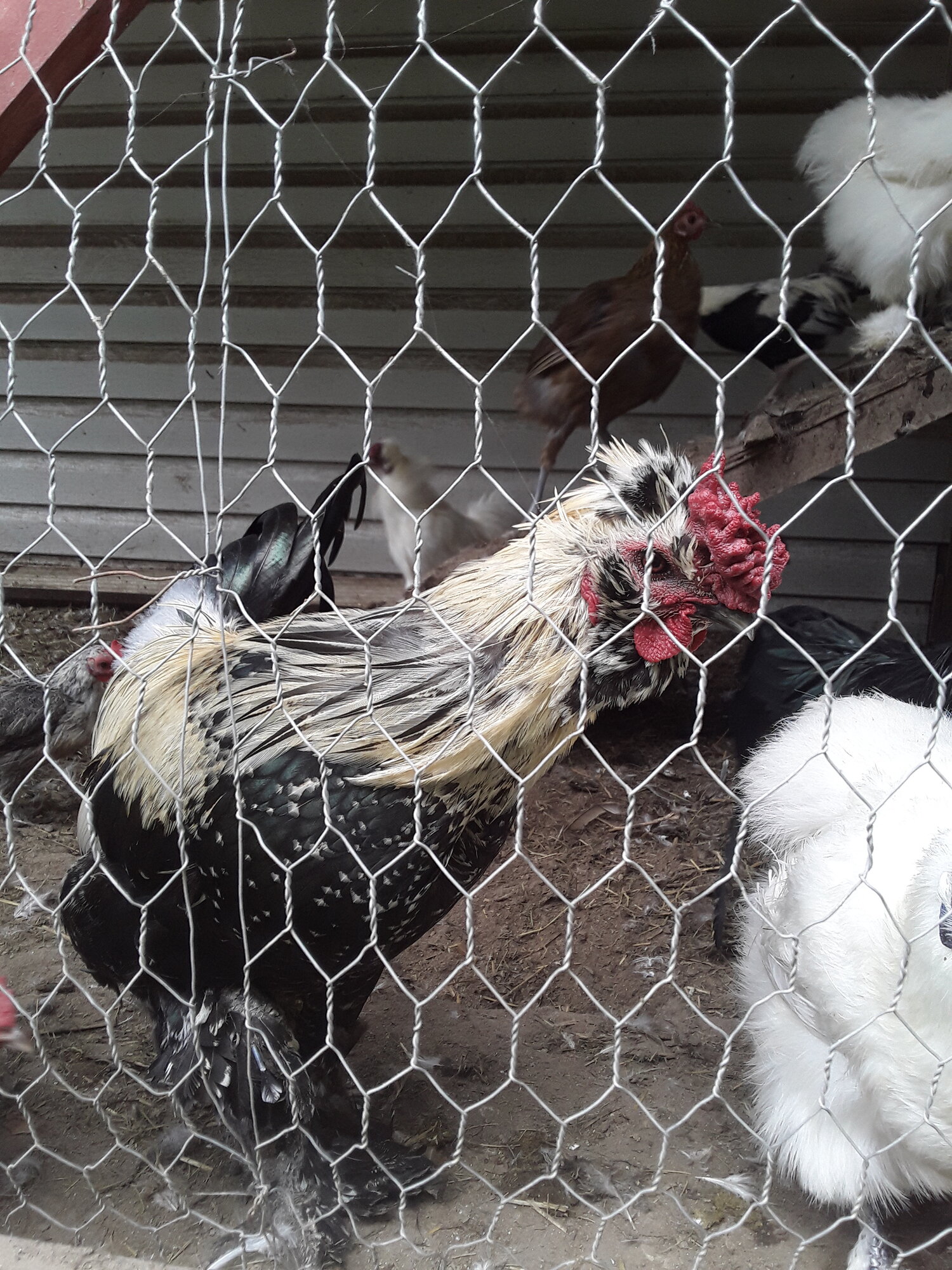 He was an oddball when he was a chick. He hatched with the regular gold partridge coloration, started feathering out like one too, but then started turning white.
Day 1. 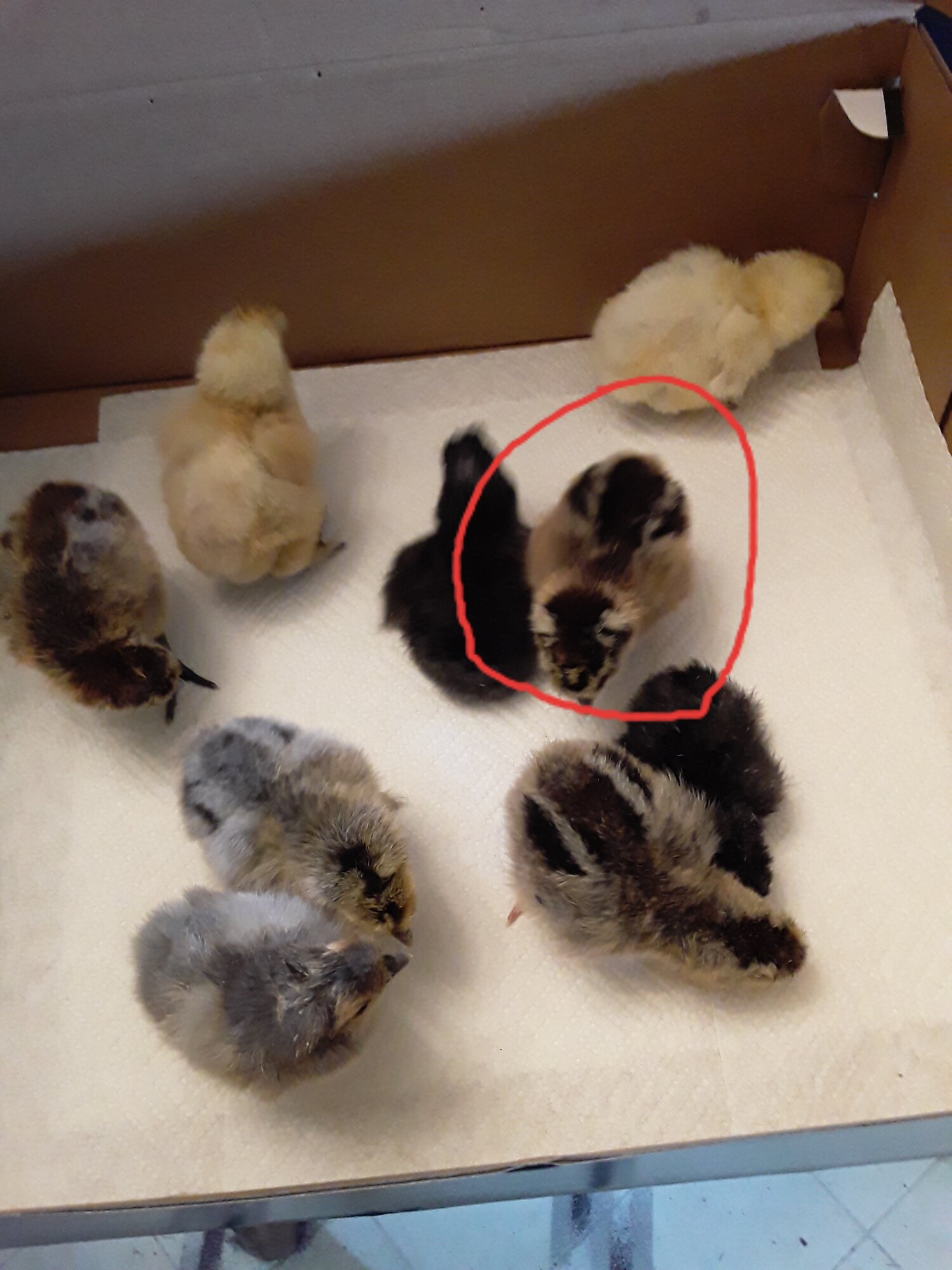 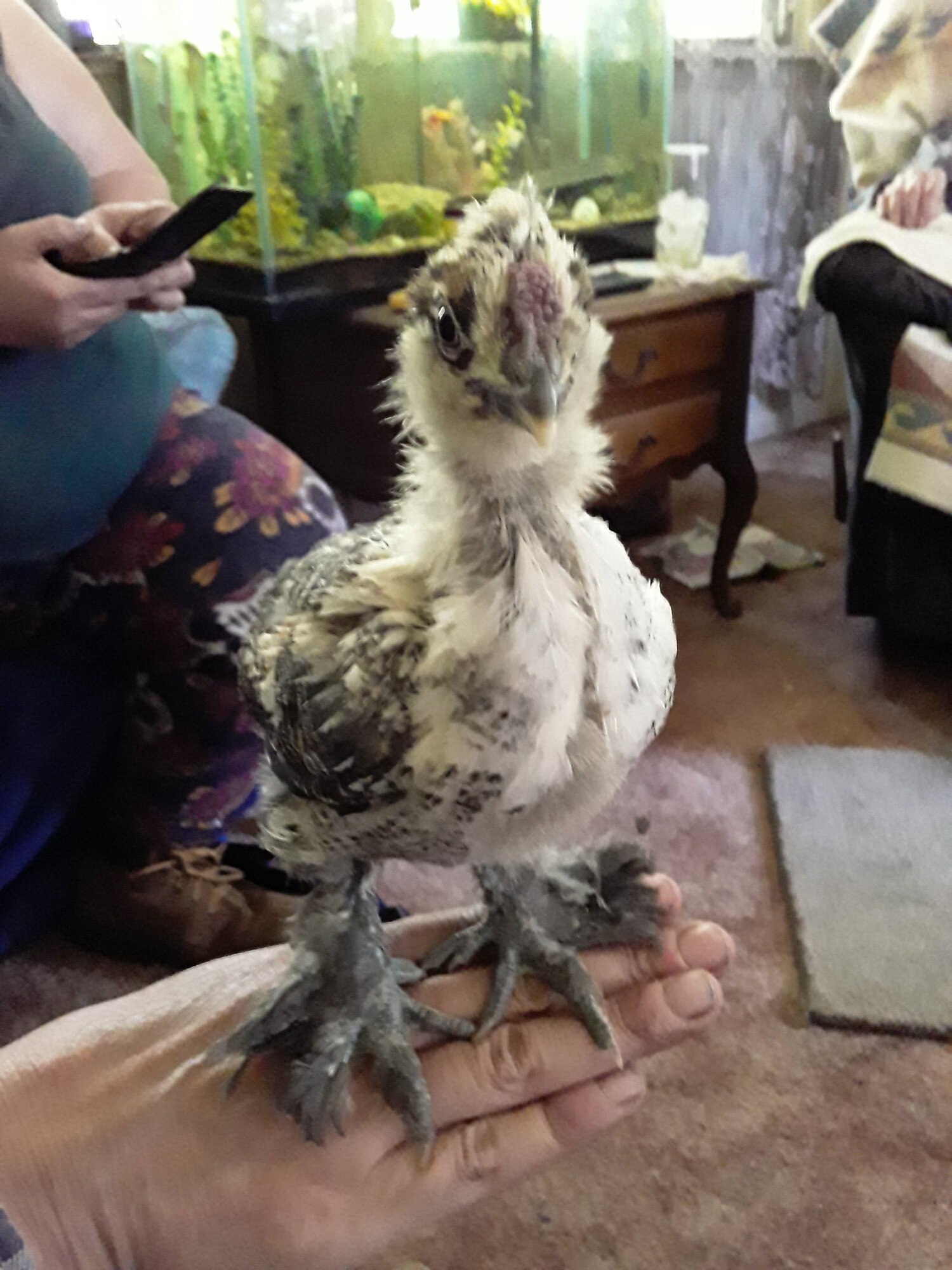 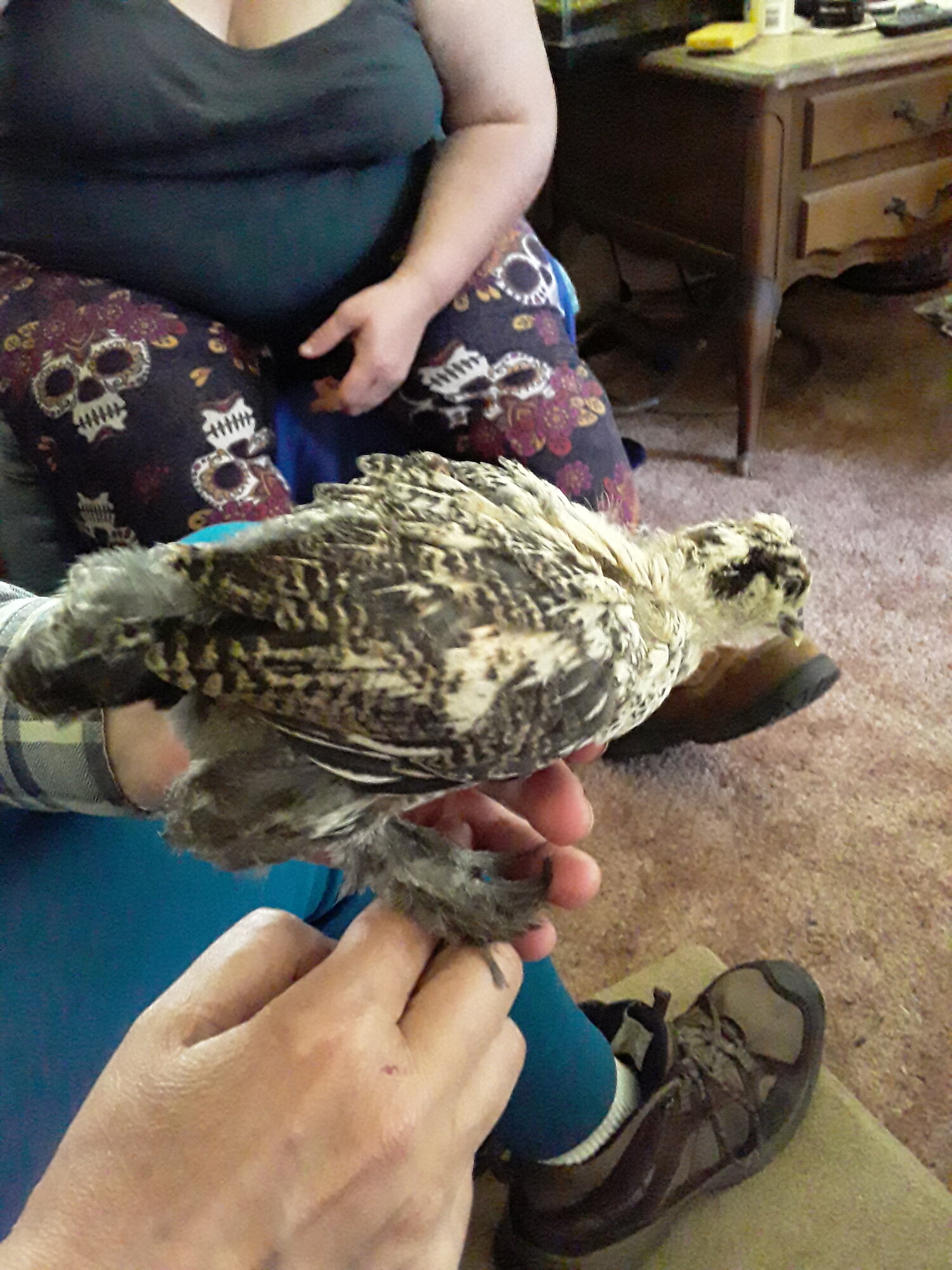 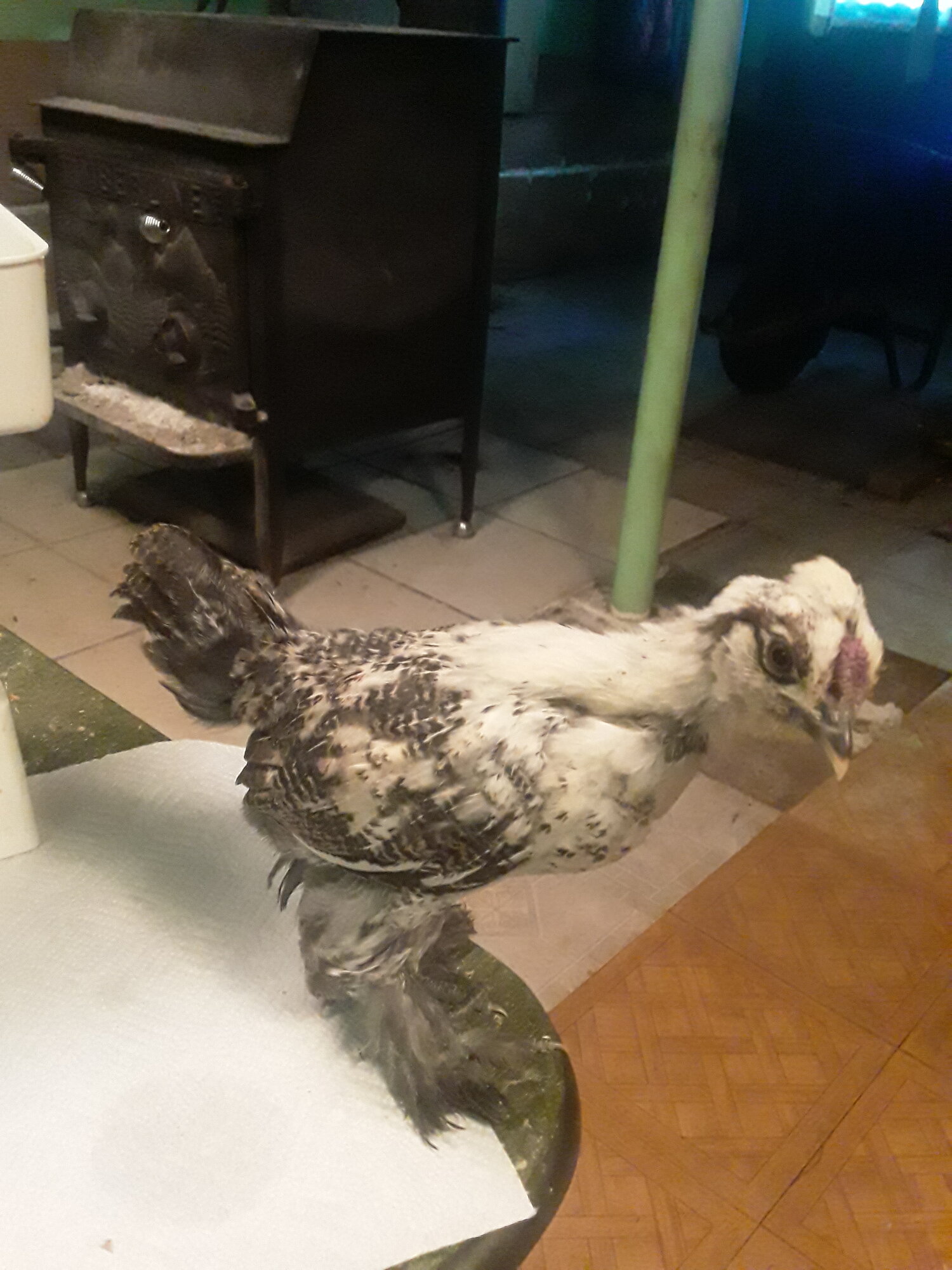 His final transformation is the first pictures at the top. I have more pictures of him growing up, but just don't want to post too many.

Here is my pullet that has had the hardest time. Her name is Shelly. 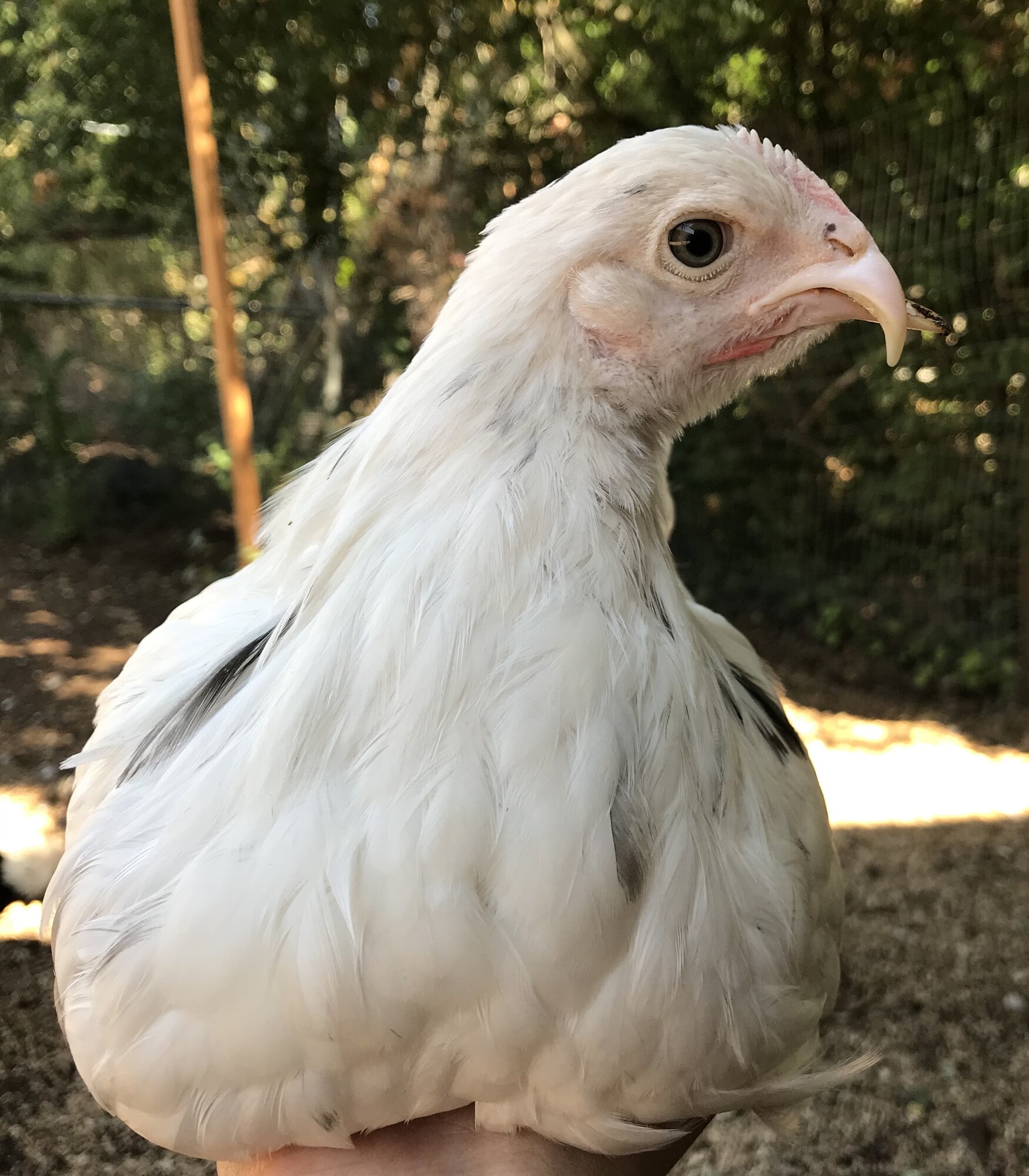 My Shelly was all shriveled in a cup (that was put in the package she was sent in) and was barely even breathing (when we got her). (I am not going to post that picture because it is very scarring) And two others were also in horrible shape. (They had a big problem at the post office) We all thought she was gone for sure. My Shelly was doing horrible. She couldn’t stand, walk, eat, drink, or anything. She kept throwing up and falling on her back. She screamed and threw herself into the walls of her container and couldn’t keep her eyes open. One of her friends died that evening. She was left with one other unhealthy friend (Grumpy). But Grumpy was doing better so she got to go with the others (because she acted lonely because Shelly was not doing good)! And Shelly was left alone. 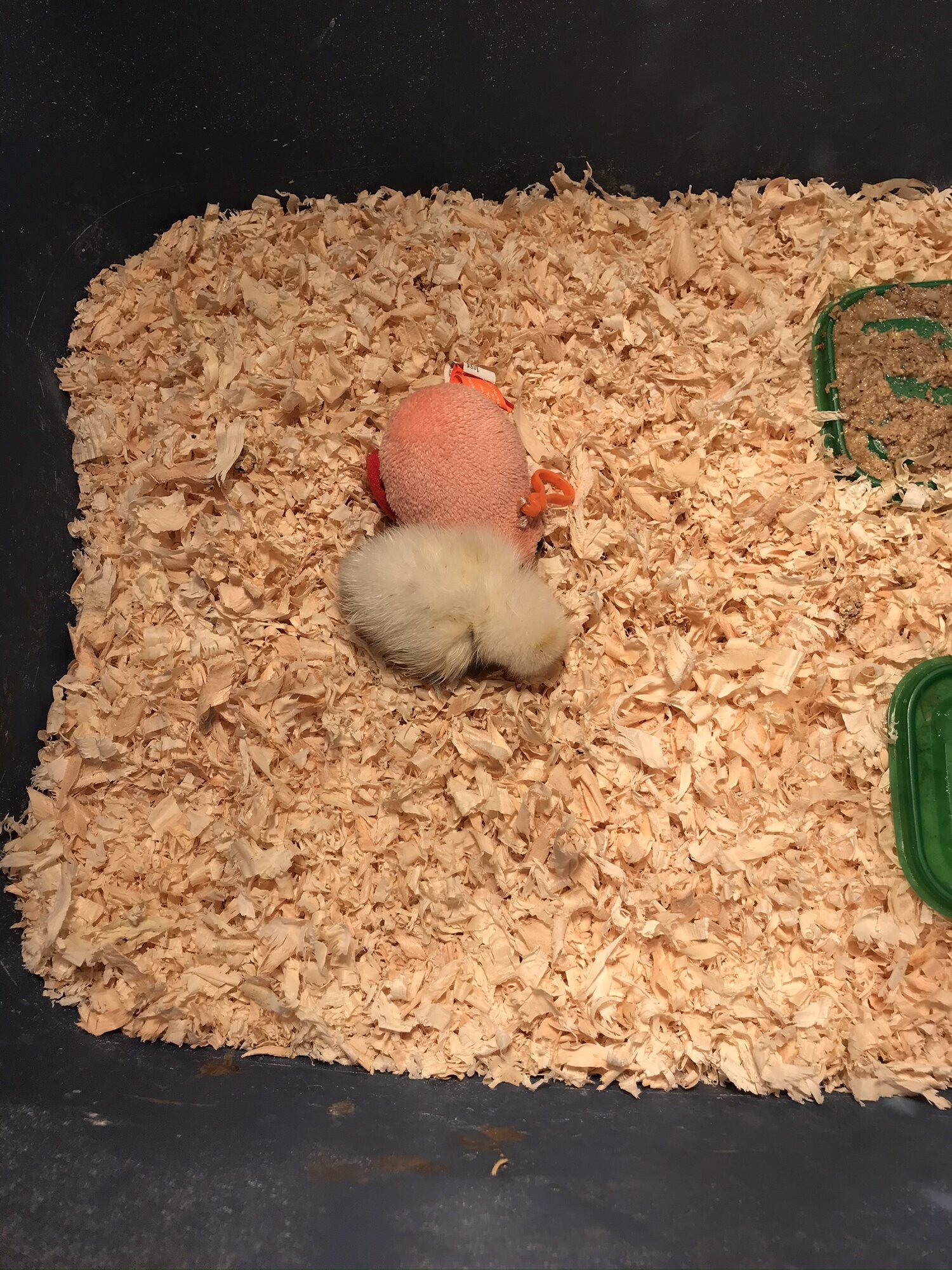 The next morning Grumpy was doing horrible. That’s when the force feeding started. About 3-4 times a day I would feed them and give them water until they had crops. I would get up at 4 a.m. to feed my little babies! And accidentally stay up for an hour. Oops.

I put a little friend in with them to help them. 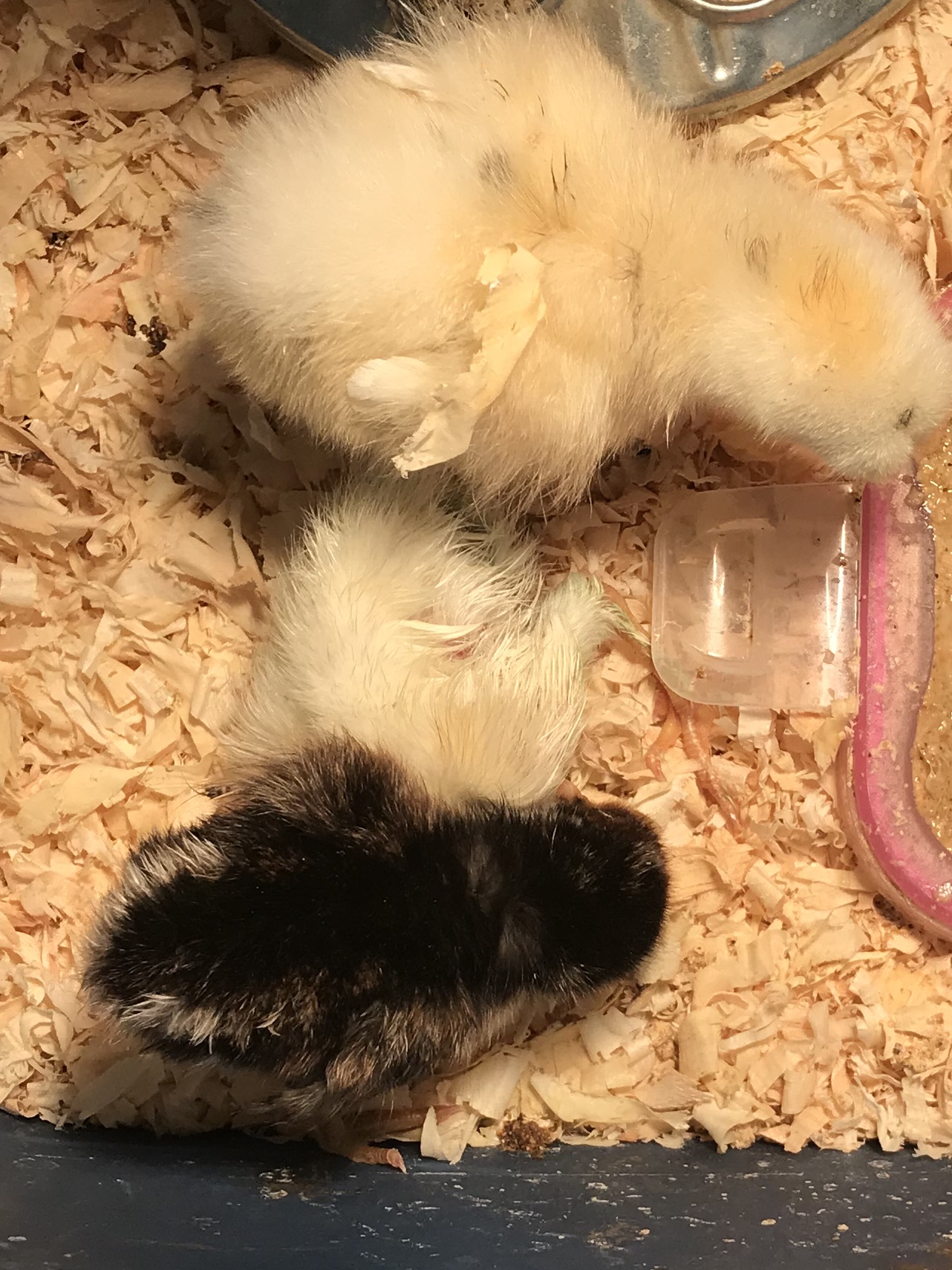 The baby at the bottom is my Grumpy, Shelly in the middle, and that big chunk (who was not that huge before he came in) is Gus! He was very protective of Shelly. Then a couple days later (after she drowned herself for some seconds (before I rescued her) my poor Grumpy passed away.

Both of them were doing great! Cleaning themselves and eating and drinking even walking by themselves! But for some reason Grumpy just couldn’t go on. But Shelly kept progressing and getting better! And then she finally got to go with her friends!! Gus wasn’t happy because he wasn’t as spoiled in there!

But then she struggled with feet problems. 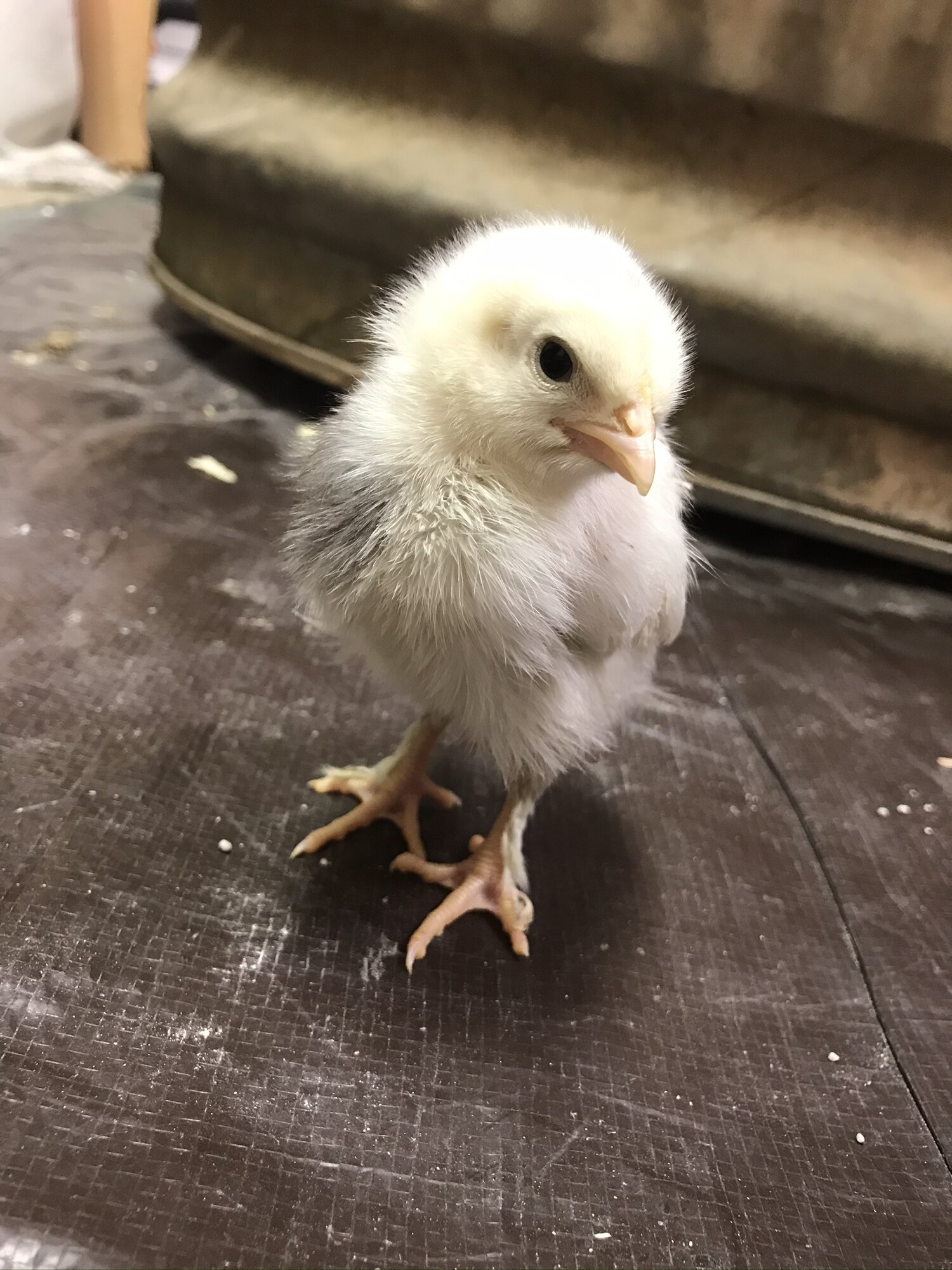 I fixed that. Then they went outside!! And Gus still claimed Shelly as his own! 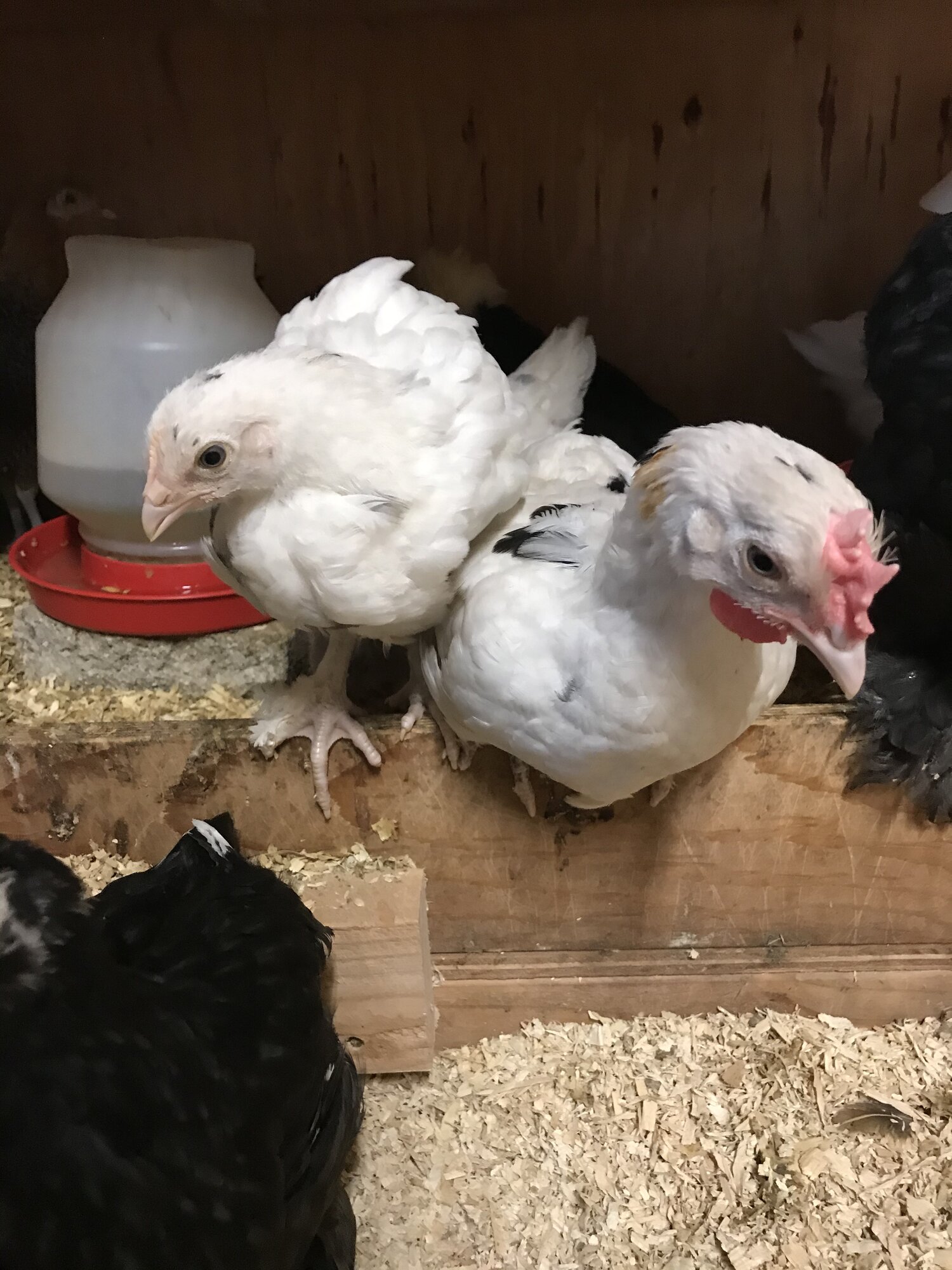 But now my Shelly has crossbeak! So she will be living with the polishes (in their separated coop)! Along with my crossbeak polish (Booboo)- 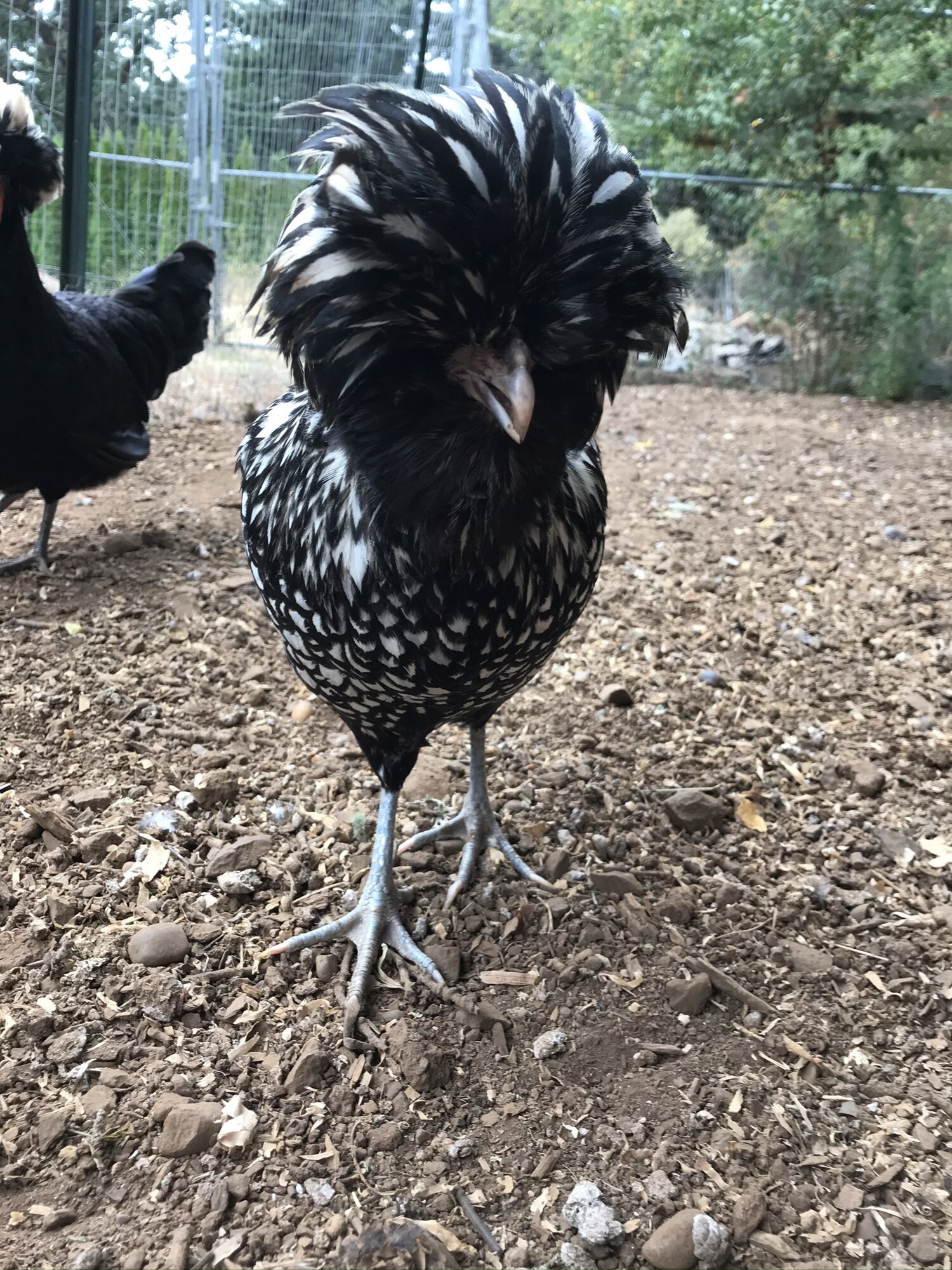 And soon to join them! Kevin (who is a pullet don’t be confused by her name 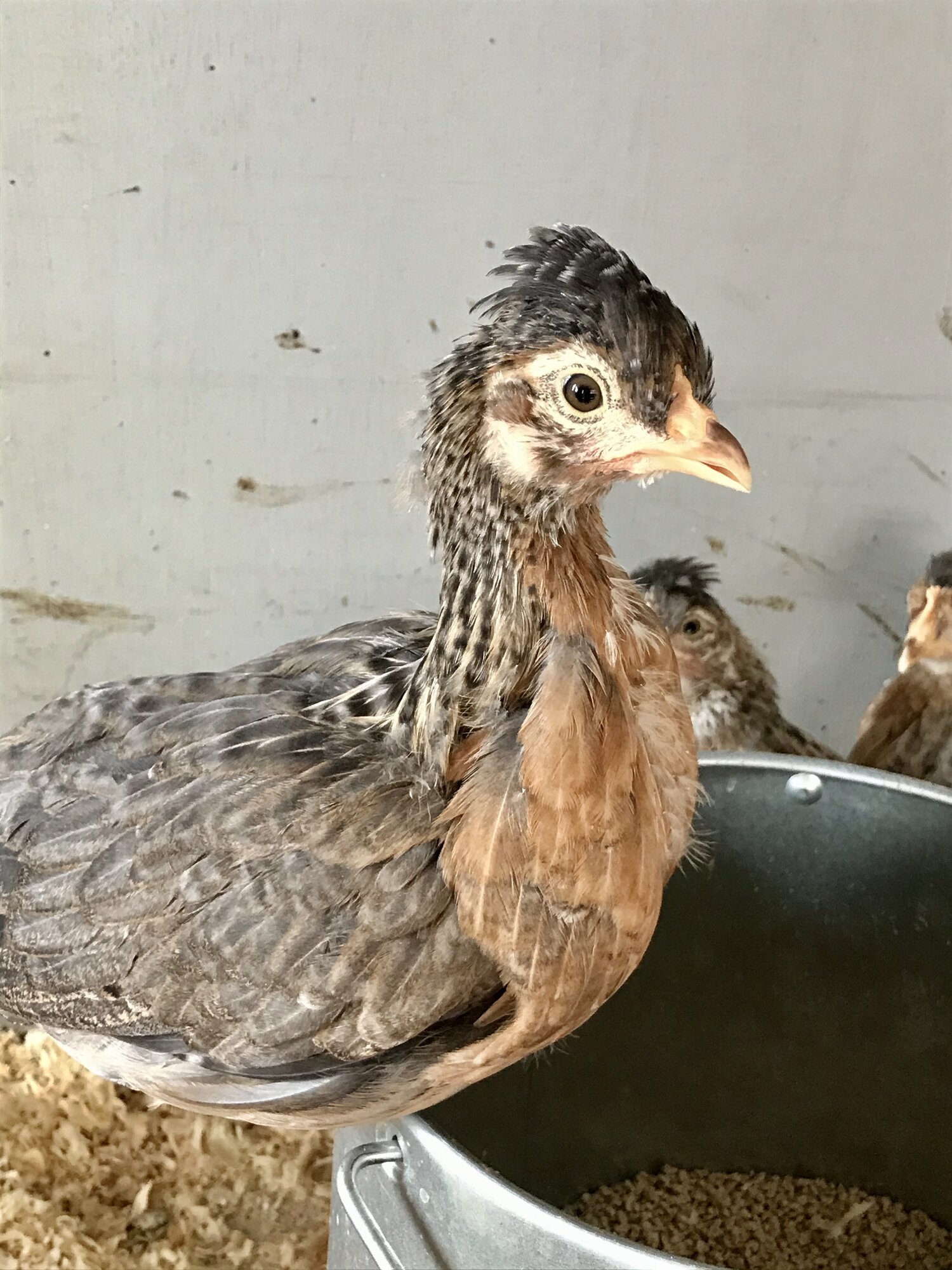 So that is my miracle baby’s story. She is now 4 months old and doing great! She croaks like a frog but that’s just her! 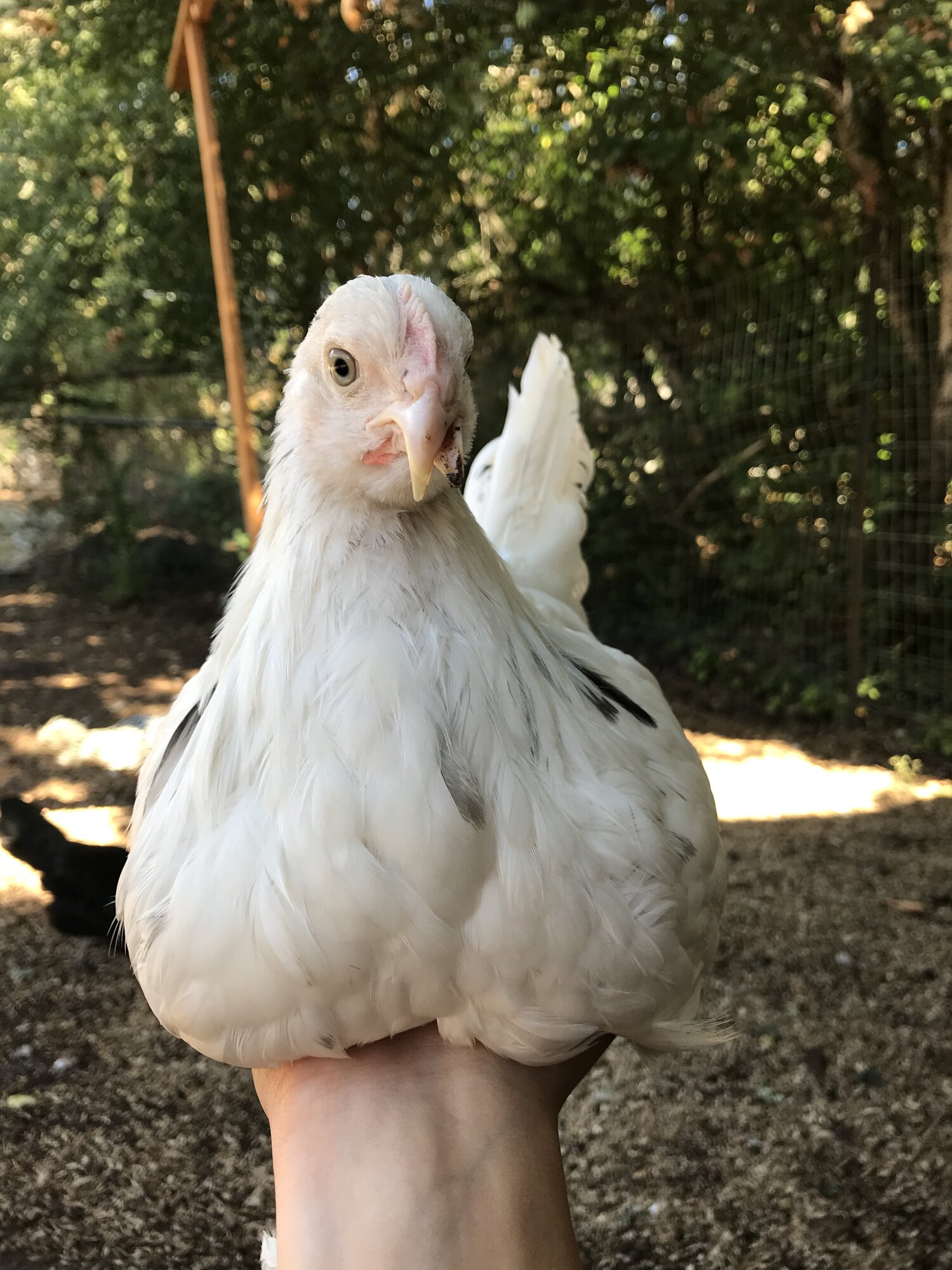 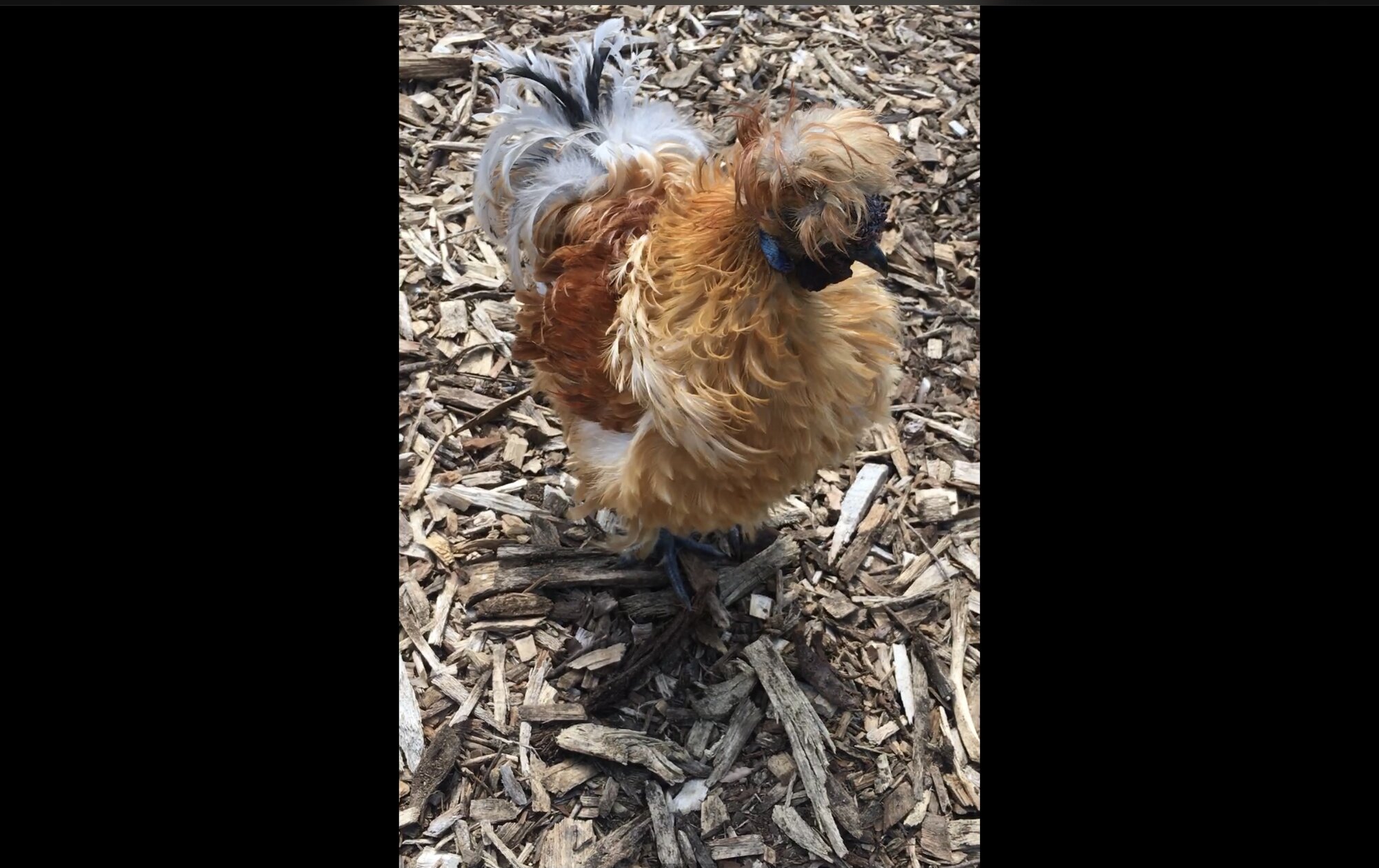 This is my "special needs" chicken, a three-year-old Delaware hen named Delaware. When she was three or four months old, something happened to her neck, and it's permanently crooked now. It doesn't affect her at all; she lays plenty of eggs, and loves to cuddle! 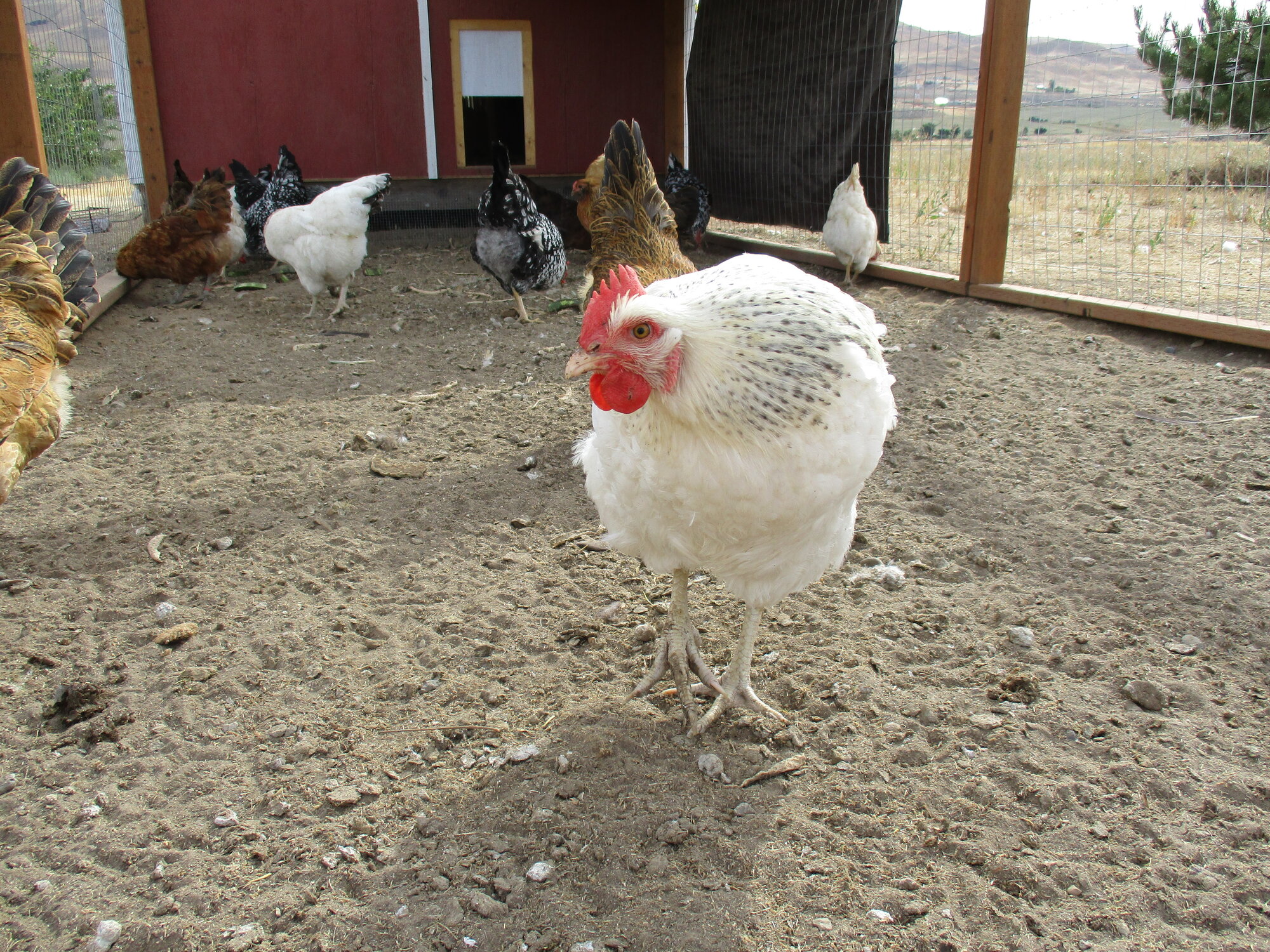 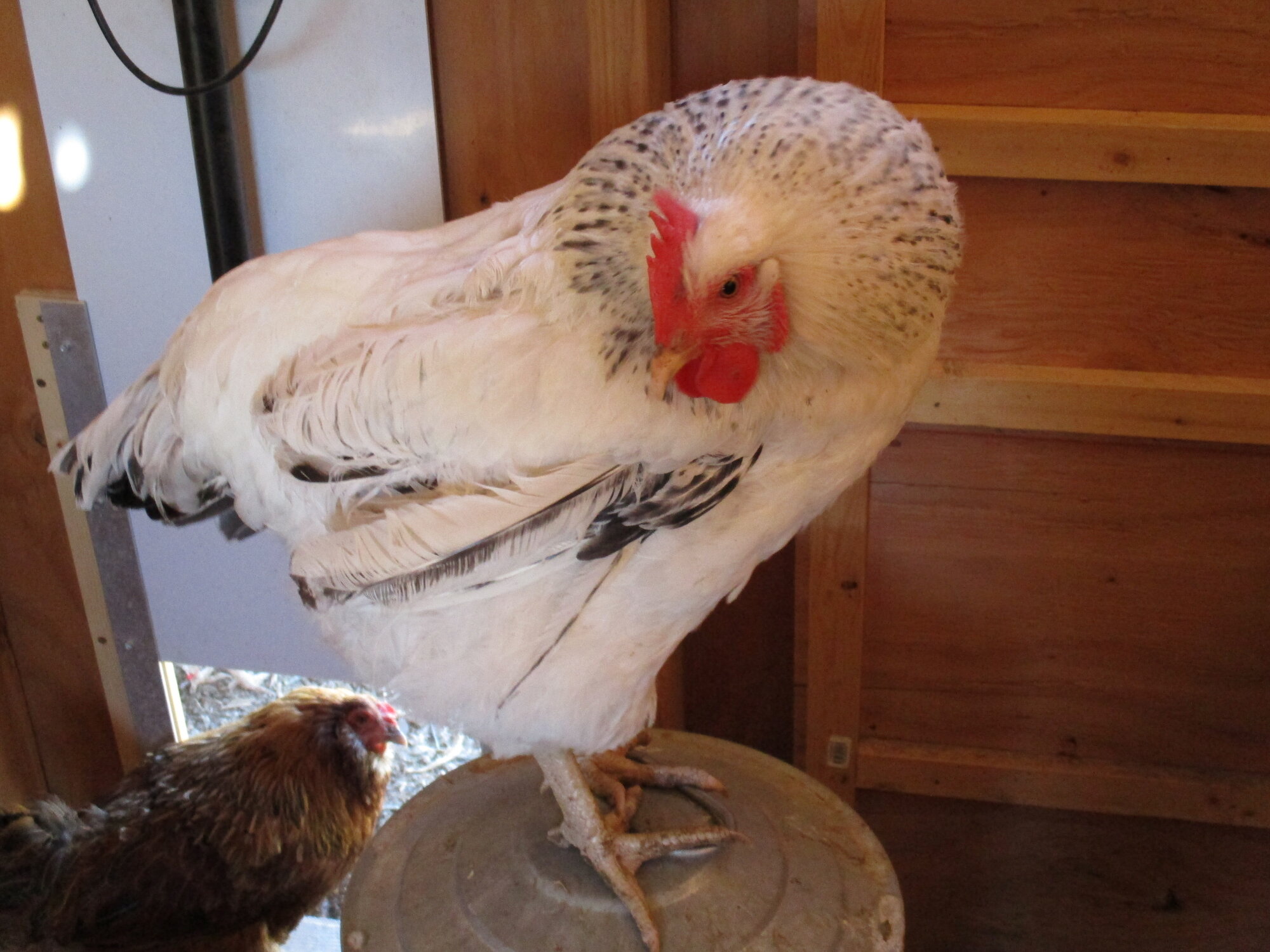 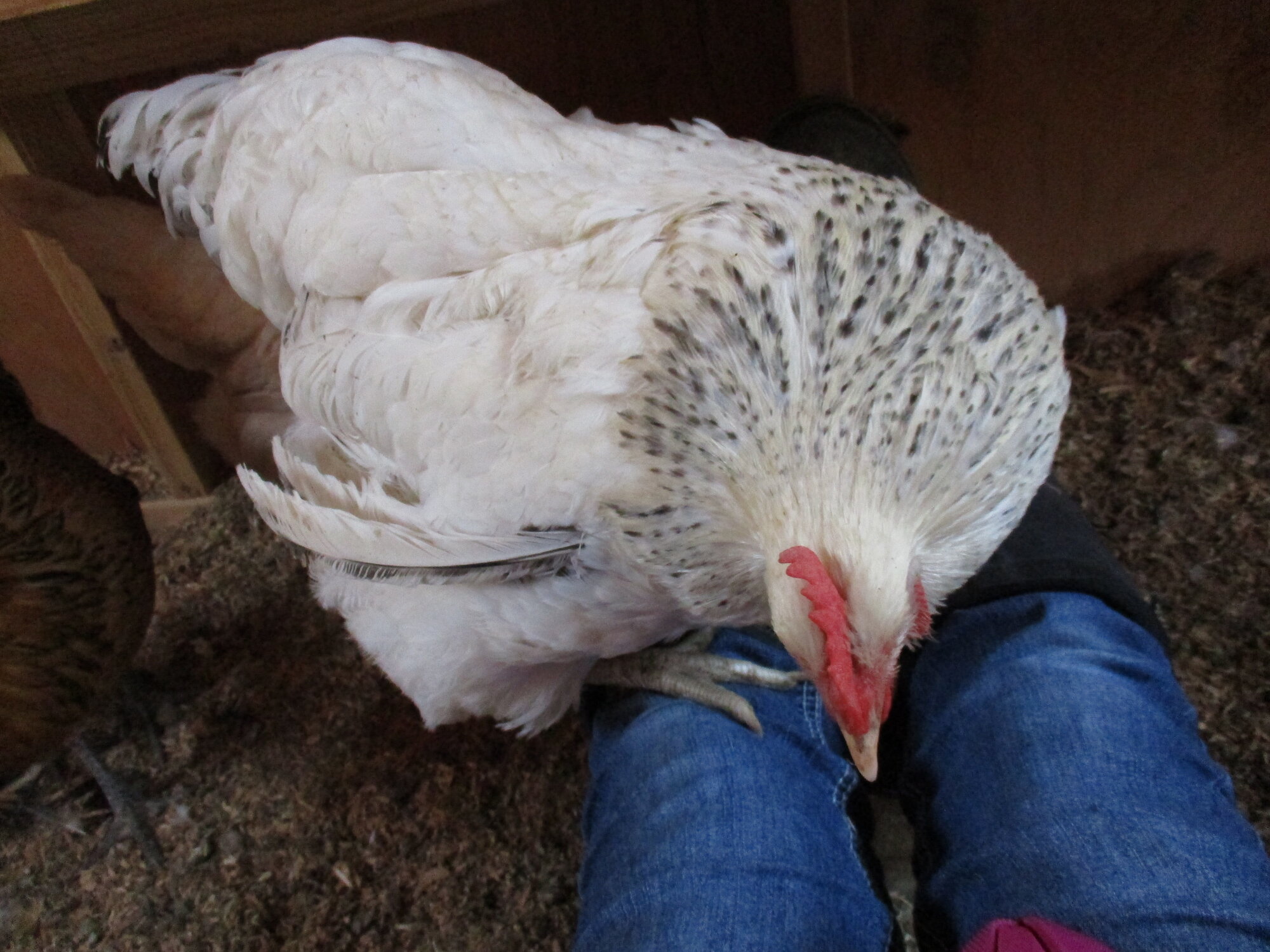 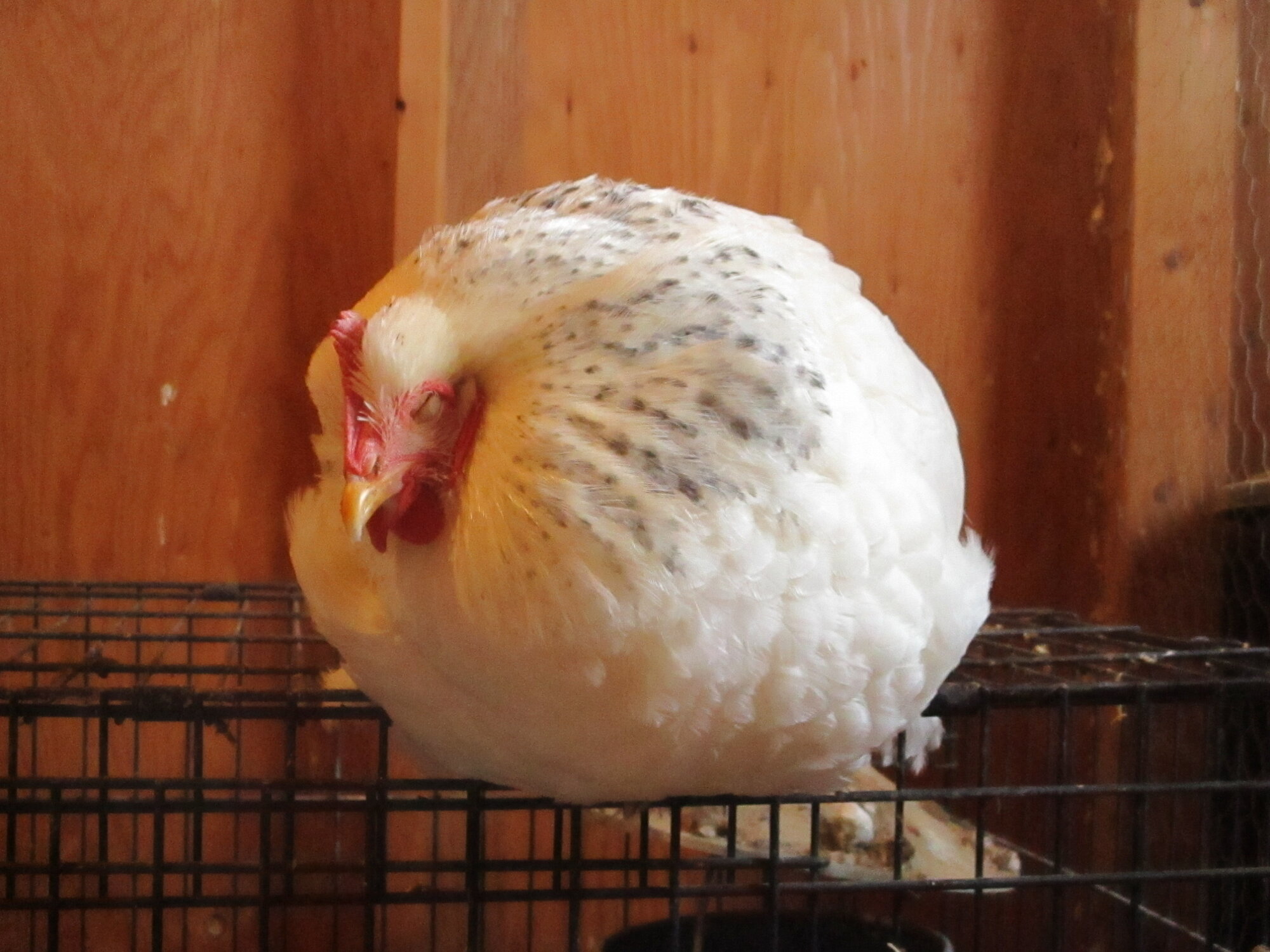 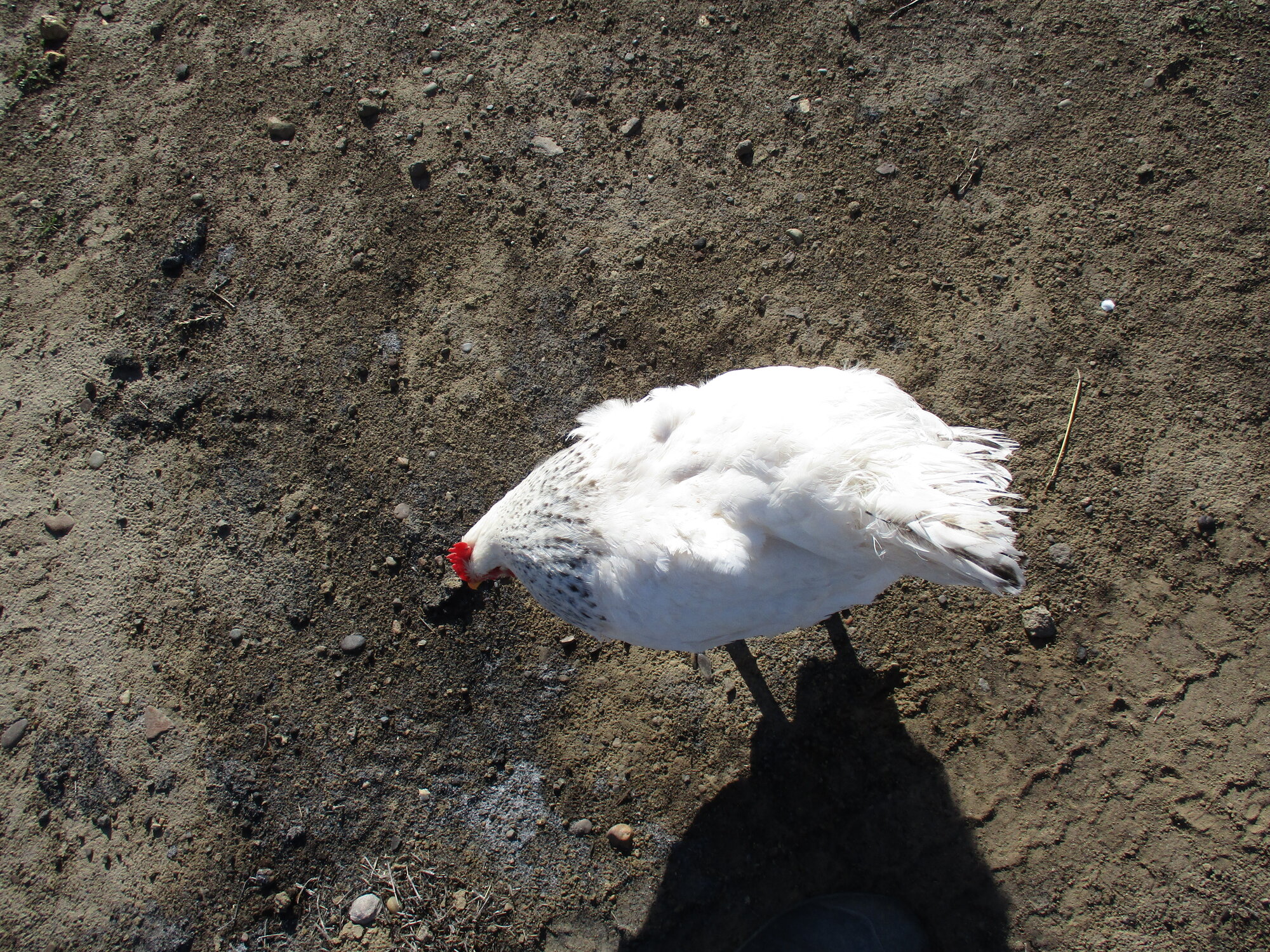 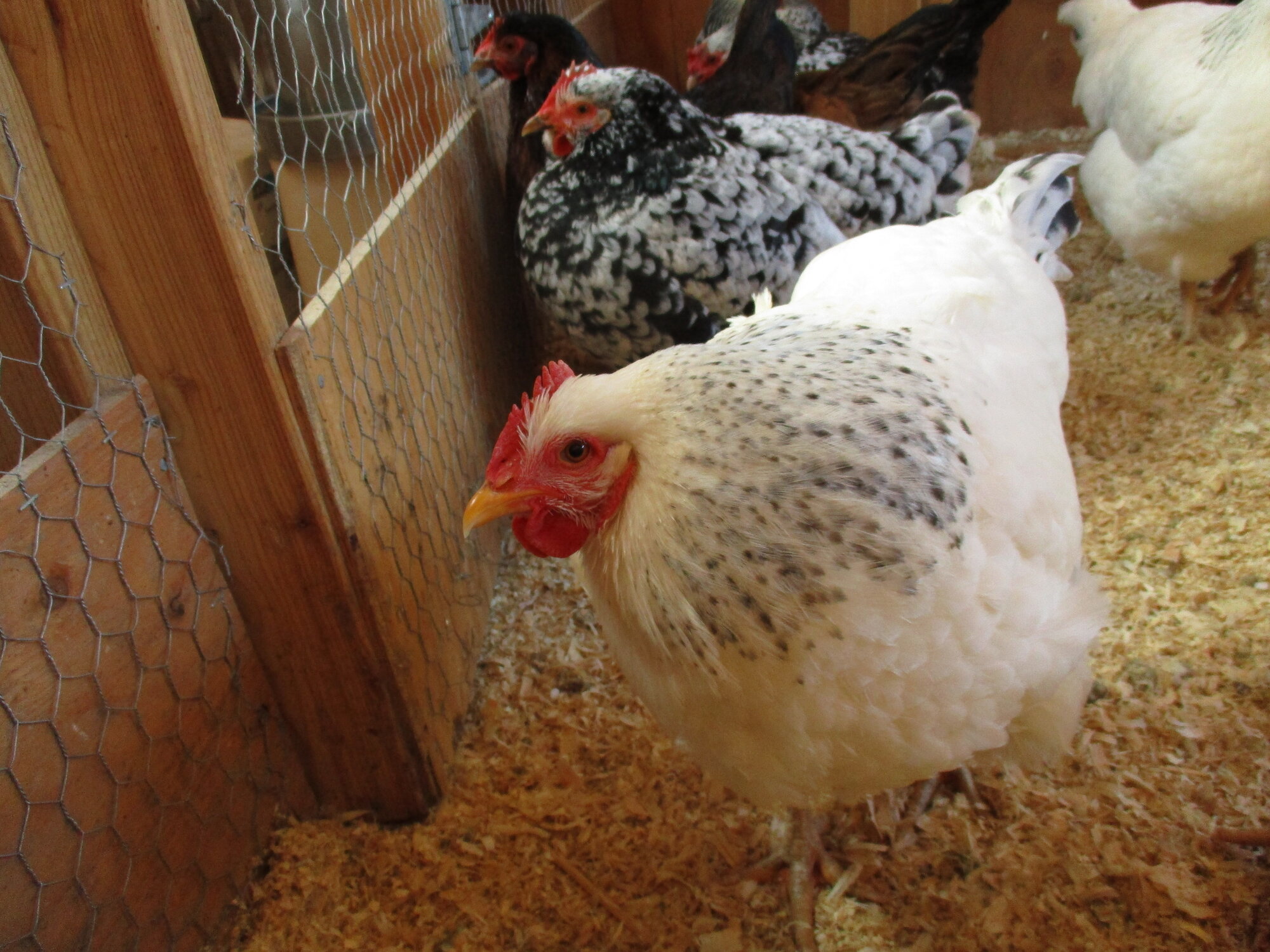 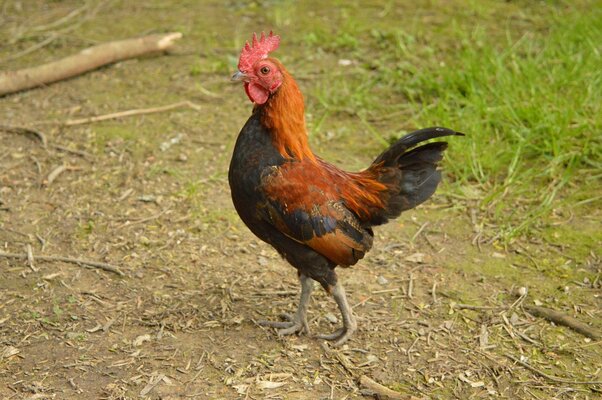 Wobbly was hatched out by a broody bantam. At the time there were 3 large breed pullets in the flock who were pretty oblivious as to their size, and being rather greedy as chickens go, they would see food and run, no matter who was in the way.

Poor Wobbly, being just a little thing, got mowed down one day and squashed. He could barely shuffle around his legs were so bad but our kids helped him to eat and drink. I explained that the kindest thing to do would be to put him out of his misery, and they understood, but the day DH had time to do some culling Wobbly was nowhere to be found.

Then things got busy again but Wobbly seemed to get around a bit easier so I just left him as he seemed happy enough, and by then we all had a soft spot for him. And now you'd barely know anything was wrong. I'm absolutely amazed at how he has recovered. He still gets wobbly sometimes (I call it the speed wobbles) and he's not as fast as the others but he struts about most of the time and is king of his coop (at least that's what he thinks). He still has a pathetic crow but he's a sweet boy (just like his dad) so he gets to stay.

Not an entry, but just showing off my newest arrival! 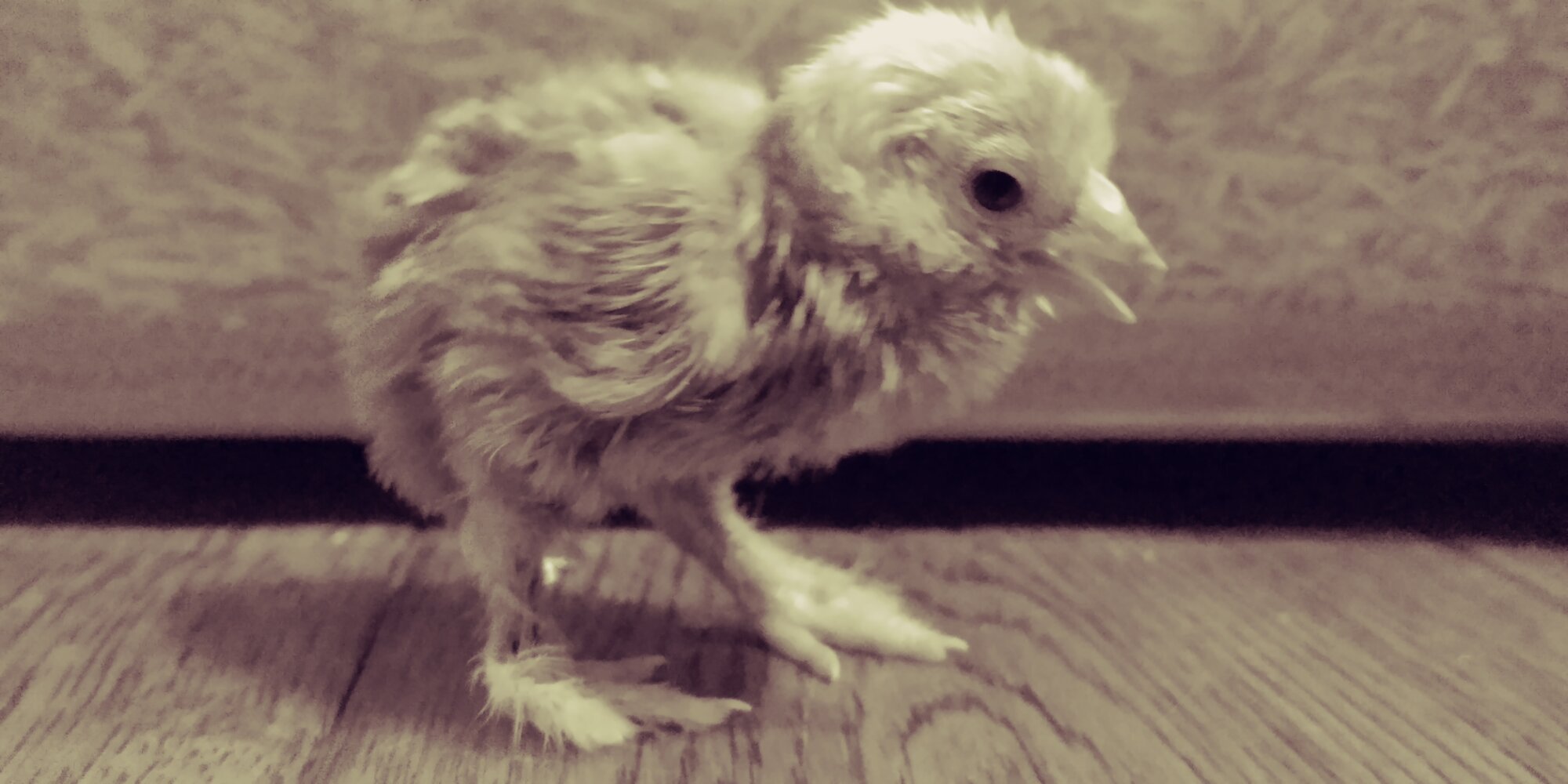 Peanut was the first to pip, but she was overtaken by her siblings. She could only zip a 1/4 of the way around. I had to peel all of the shell away because she was too weak to push herself out.
She's a bit wobbly on her feet, since they were over her head in the egg. And sometimes when she gets knowcked over, she can't get up.
She loves attention, hugs and sleeping in my pocket!
Join her elite team!
https://www.backyardchickens.com/threads/teampocketpeanut.1498662/#post-25034161

Lillian is not really a 'special needs' chicken, but in a way he is.

Lillian hatched on the 10th of February. 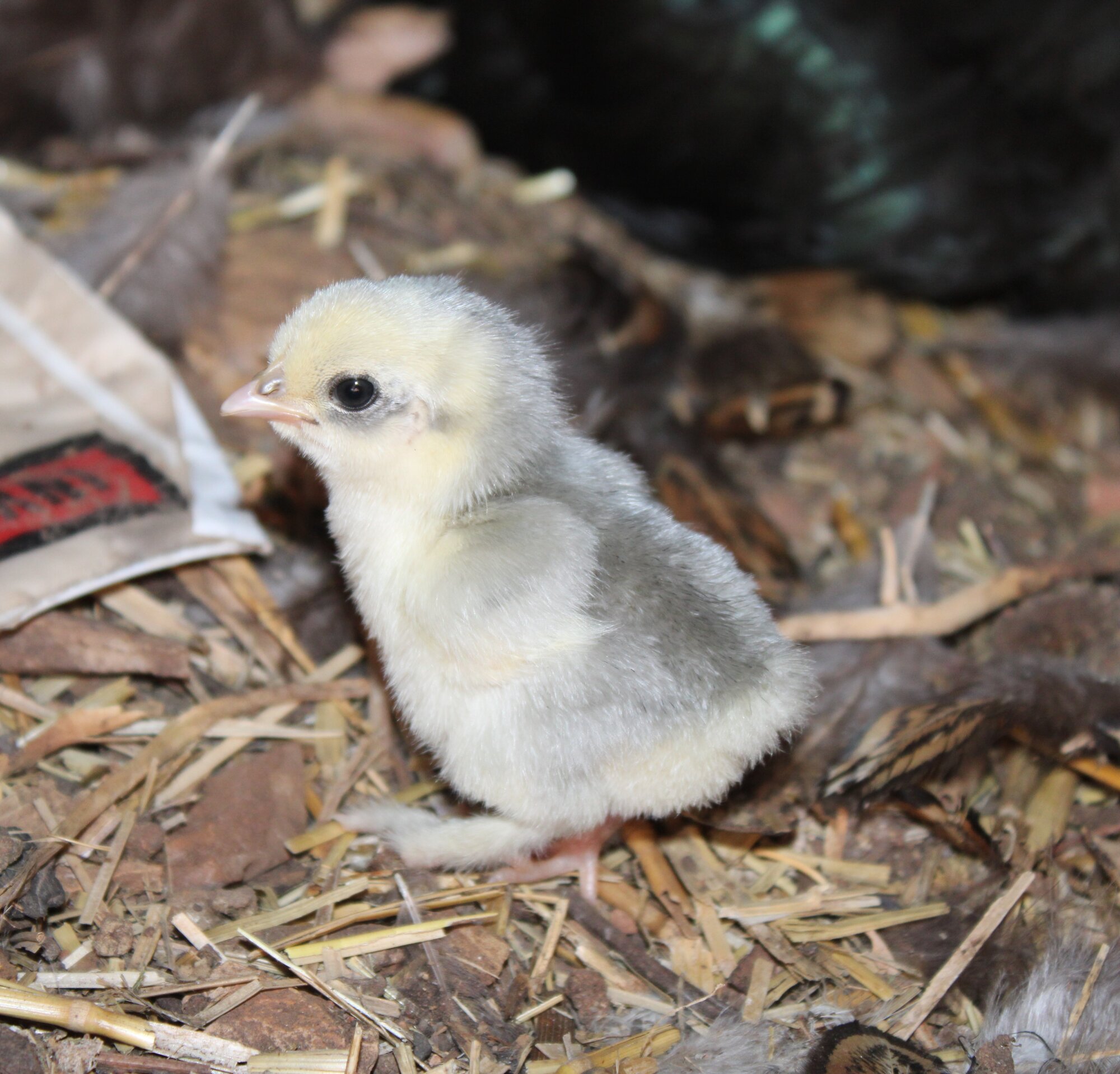 He was all right until he was about 2 or 3 months old... then he went wacky.
He fell into their water bucket and froze himself. Defrosted him in front of the fireplace for a whole day and then he was fine. BUT, now he trips over EVERYTHING, he even falls over when he crows. I'm constantly picking him up and making sure the new baby chicks aren't beating him up. It's hard work, there are 16 of them. 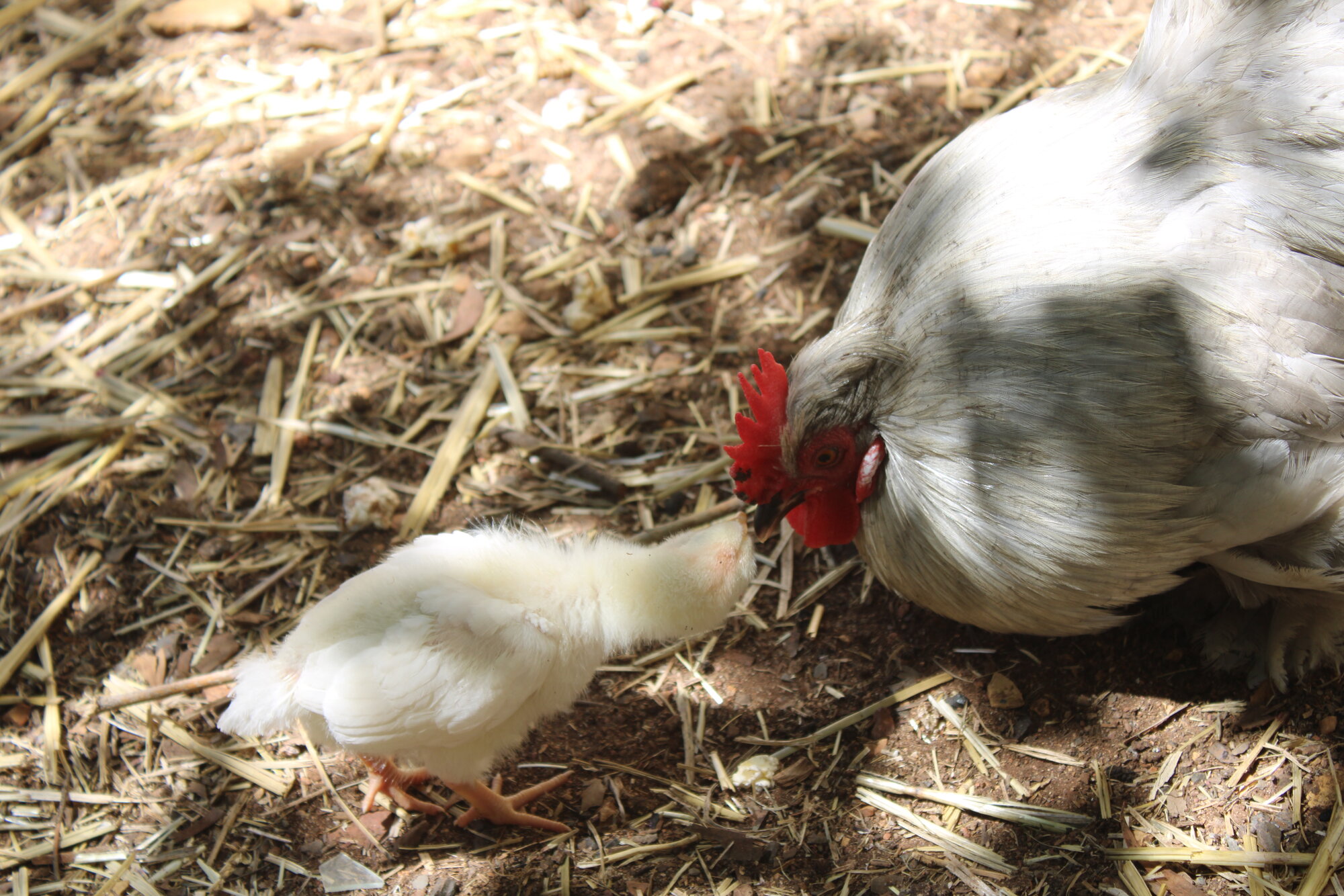 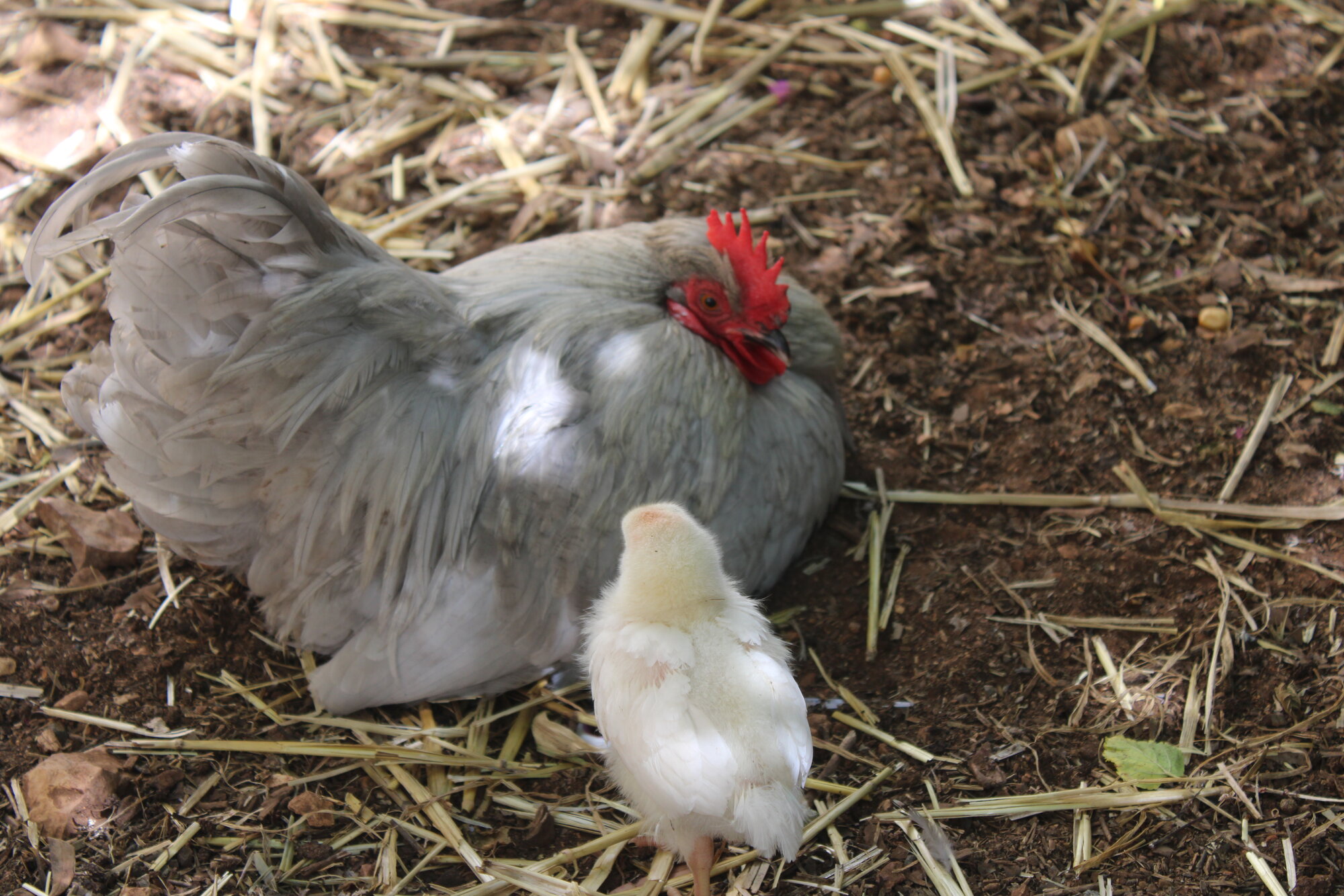 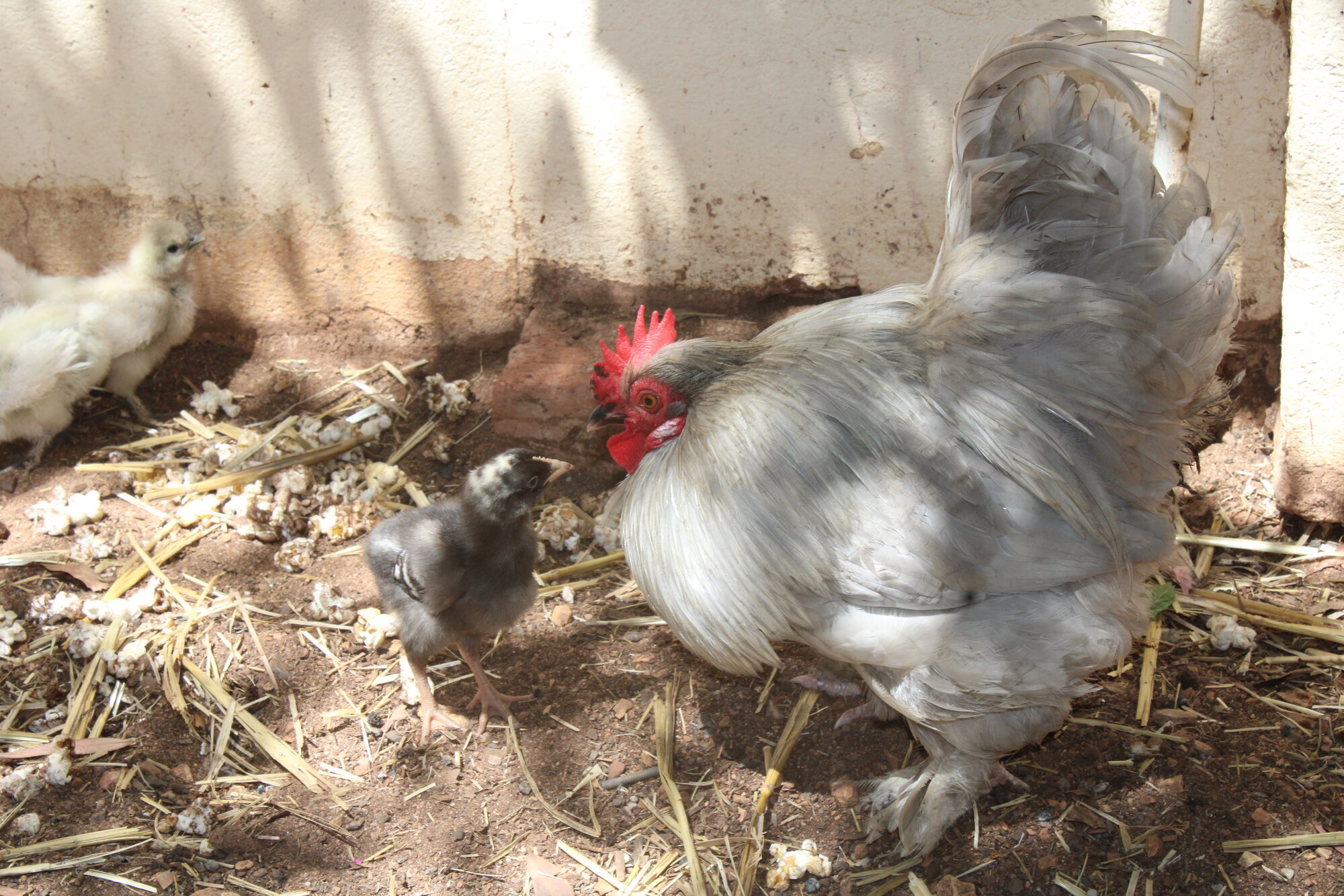 And the other day I found him like this, trying to lay an egg (He even sung the egg song) 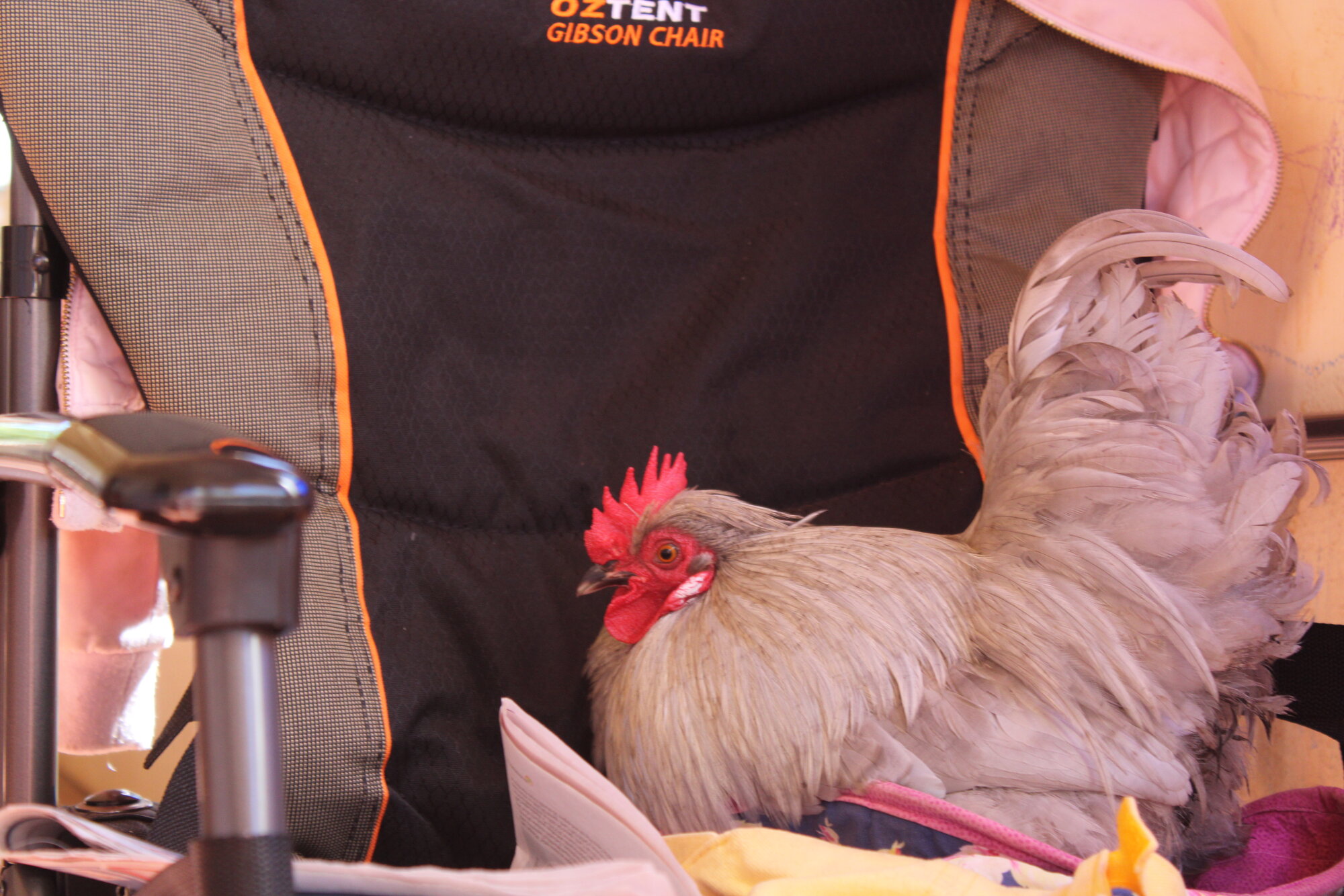