The funniest thing happened yesterday when we were out visiting the chickens and horse. Our silkie hen "Snowflake" was pacing in and around the coop, complaining the whole time. About 30 minutes before we were going to leave, "Coconut" our BO/EE hopped into one of the communal nest boxes and settled down on the 4 eggs in there. About 5 minutes later Snowflake walks in, jumps into the empty nest box (1 egg in there), looks around and jumps down. Then she walks over to the occupied nest box, hops in, stares at Coconut and proceeds to put her foot underneath Coconut and it looked like she was trying to the get an egg out from underneath Coconut. When that didn't work, she managed to worm herself underneath Coconut so her head was under one wing and her rear underneath the other. Both chickens refused to move for the other. By this time, it's dusk and the other four chickens start coming in. Snowflake is the roo's girl and he goes wherever she goes, so he hops into the nestbox. "Cream Puff" the delaware is wondering what's going on, so she jumps in, followed by Lynn and Juliet the australorps. All 6 are squeezed into a 24"w x 18"h x 18"d nest box. When we left, there were still 5 in there.

What I'd like to know is if Snowflake or Coconut or both are going broody? I stuck my hand in there and neither growled or pecked, but neither would give up the eggs to the other. I've really been wanting to get some silkie a/o australorp eggs and stick them under a broody hen. Is now my chance?

Keep an eye on them today to see if they stay put on those eggs. If they do, then... yup: broody!

I hope you have a broody! Then you will have chicks running arund everywhere!

Not all broodies will growl or peck at you if you get close to them, I have to big cochins in one nest together brooding. We take the eggs from them (we dont need any more birds!!) and they still set, but one keeps all the eggs under her and will not share, lol.

I dont generally disturb them but once a day, I make them get off the nest to eat drink and the infamous broody bomb poo.....
Like I said, I dont want any more chickens, but they are too cute in here together to try to hard to break them, LOL!

Here's a pic for your amusement: 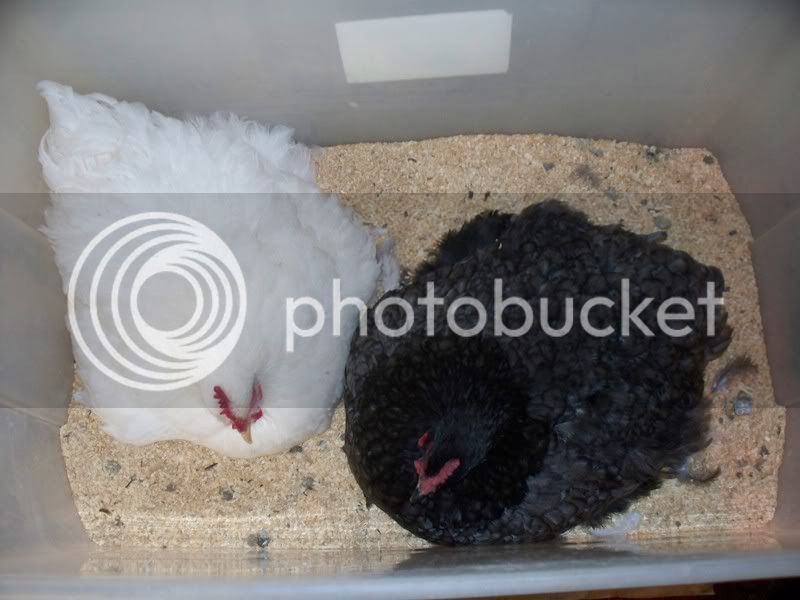 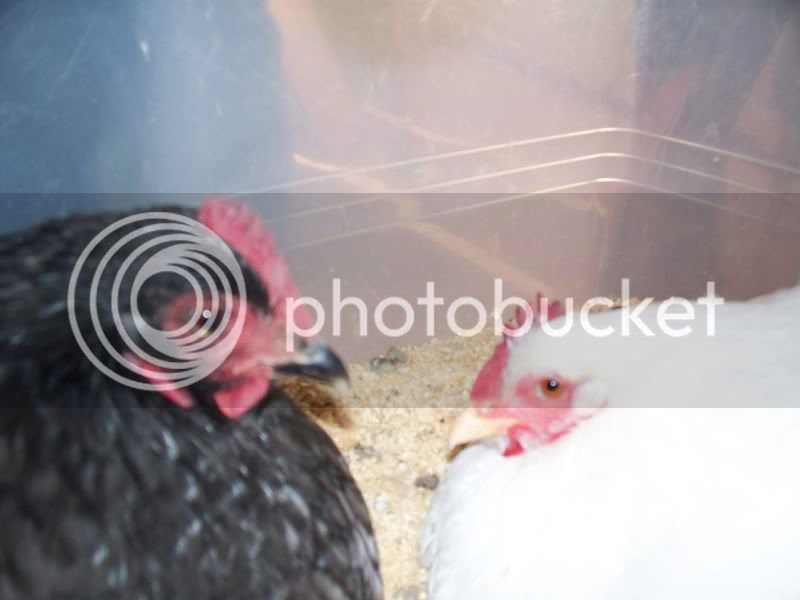 H
What's the deal with my broody hen?