I bought a bale of Timothy grass to spread out in my girls' run as the ground is pretty frozen right now. is it okay if they eat it? they were pecking at the tops. I usually get the kiln dried and pressed straw, and they eat that

Timothy hay should be okay. I used it many times for nesting material. But I found the past girls and my rooster most of all loves to scratch it out and peck at it.

If you give them the intact bale the chickens will do the spreading job for you and have a BLAST doing it. 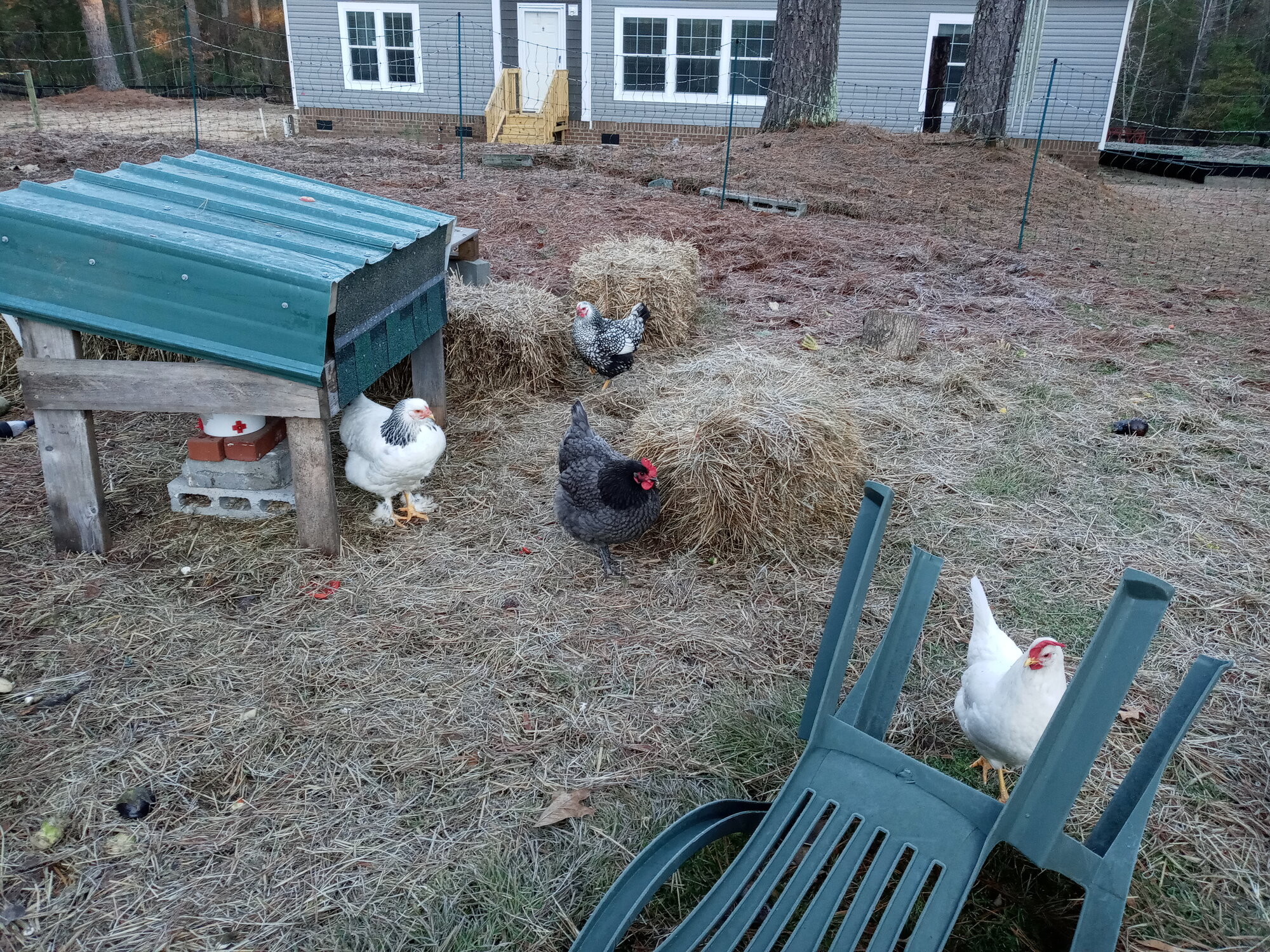 Mine have been working on this straw bale for about a week. I left the ties on because my intent was to create wind baffles rather than litter for the pen but the bale in the foreground was a "free if you can load it" one where the ties were already coming off. If I get bales meant as litter I take the ties off so the chickens can spread them faster.

Grass in the run
2

Getting grass in the run - solutions?
2 3

Thoughts on Bedding/Litter -- Why I Chose Straw Today
2