It’s a bit early but you want to guess at gender?

Chicks are almost 4 weeks old. I’ve seen tan chick play fighting with one of the other chicks but I’m not sure which one it was. So I’m leaning towards tan chick being a boy ( the kids want it to be a female because they want to keep it). 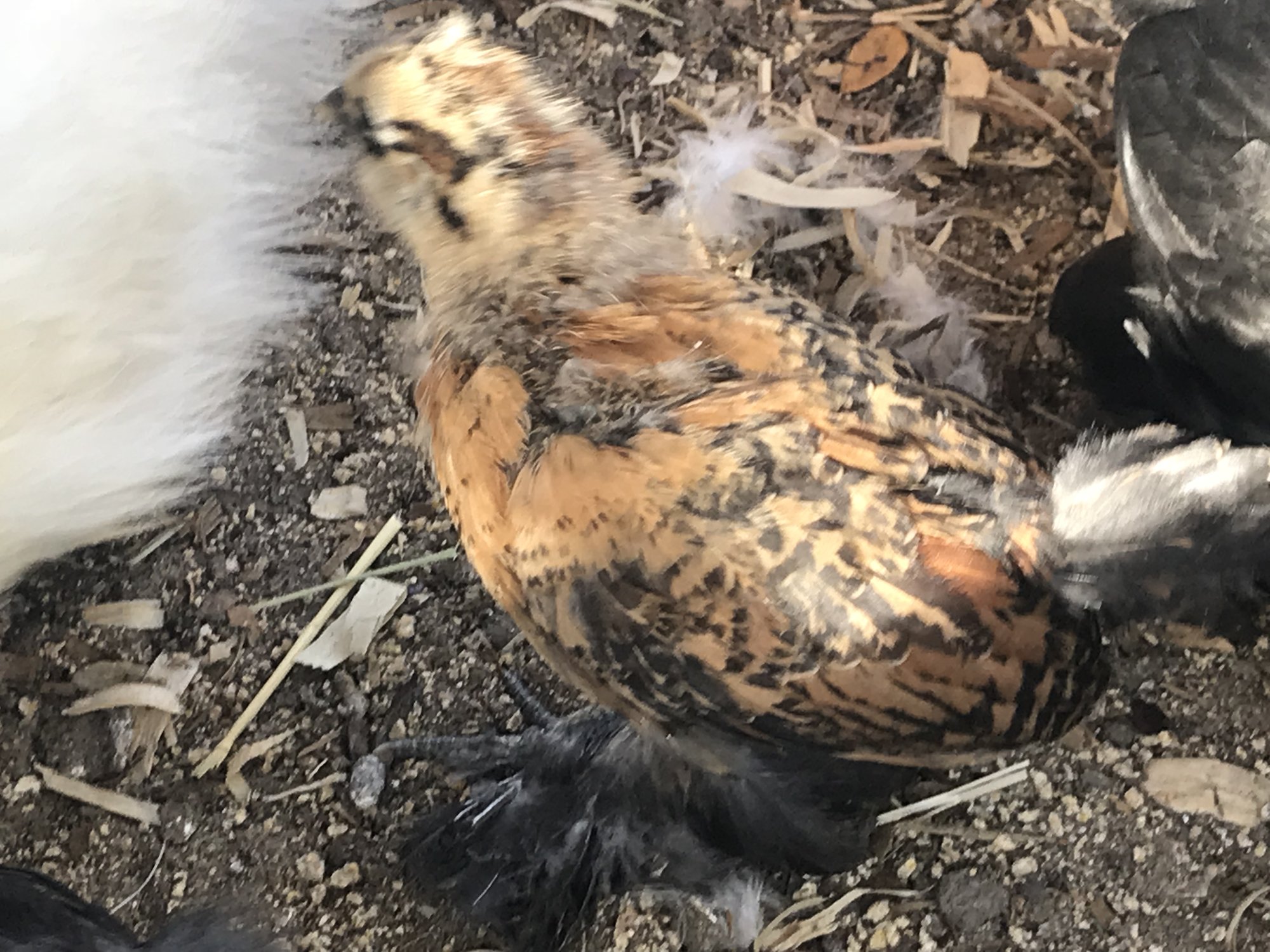 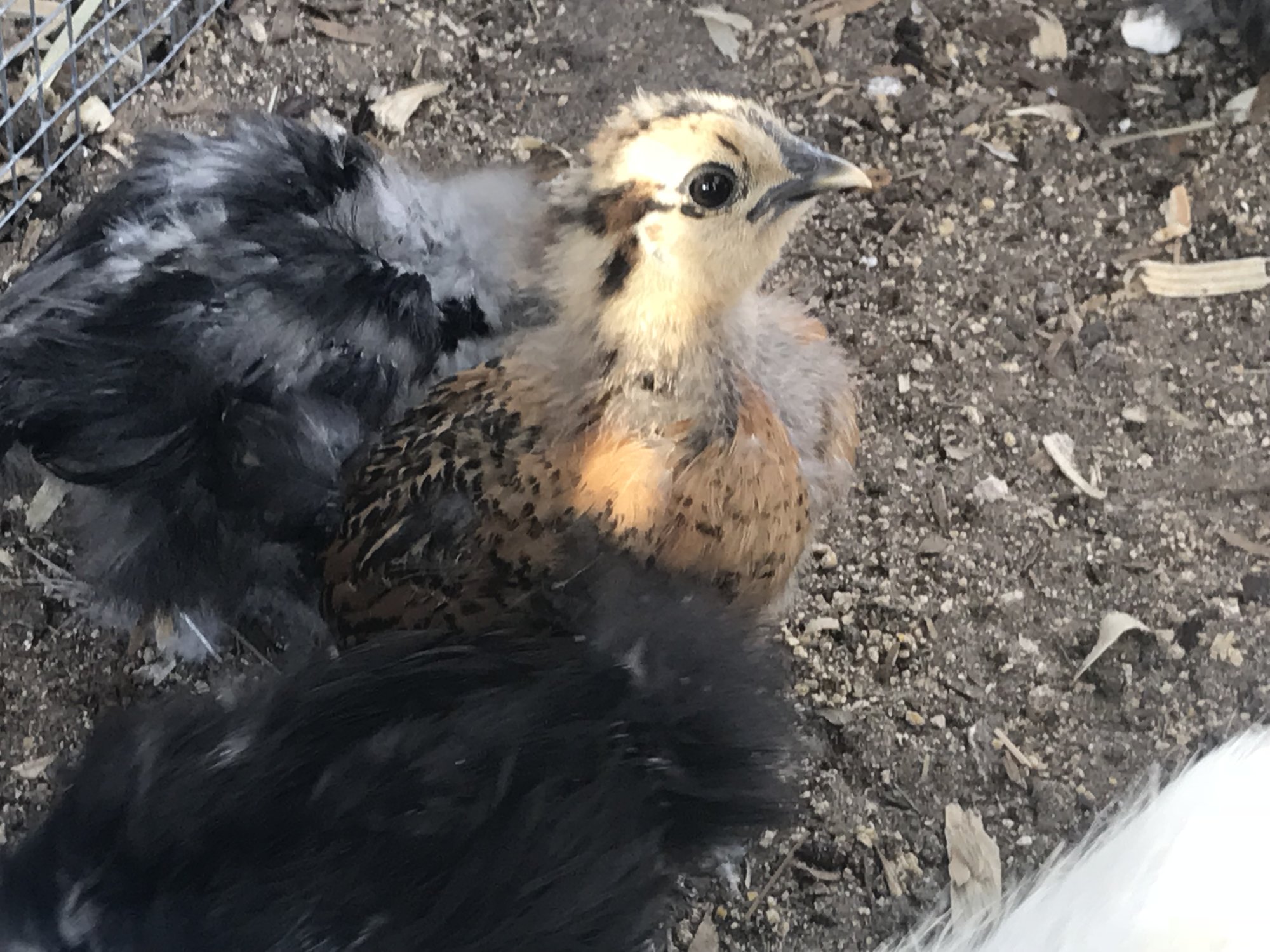 Here is its full sibling . Silkie x d’uccle cross. I’m leaning towards pullet on this one. 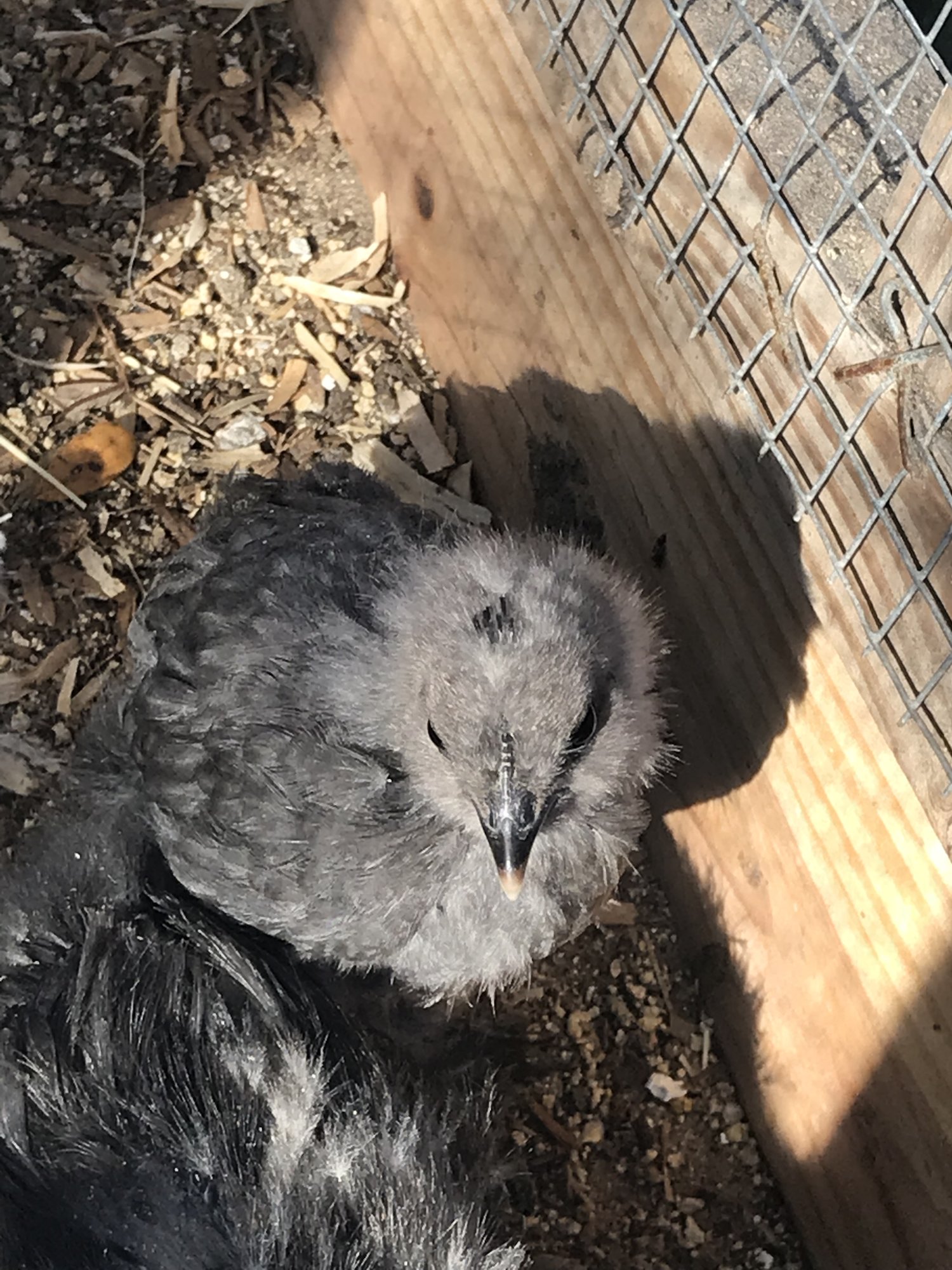 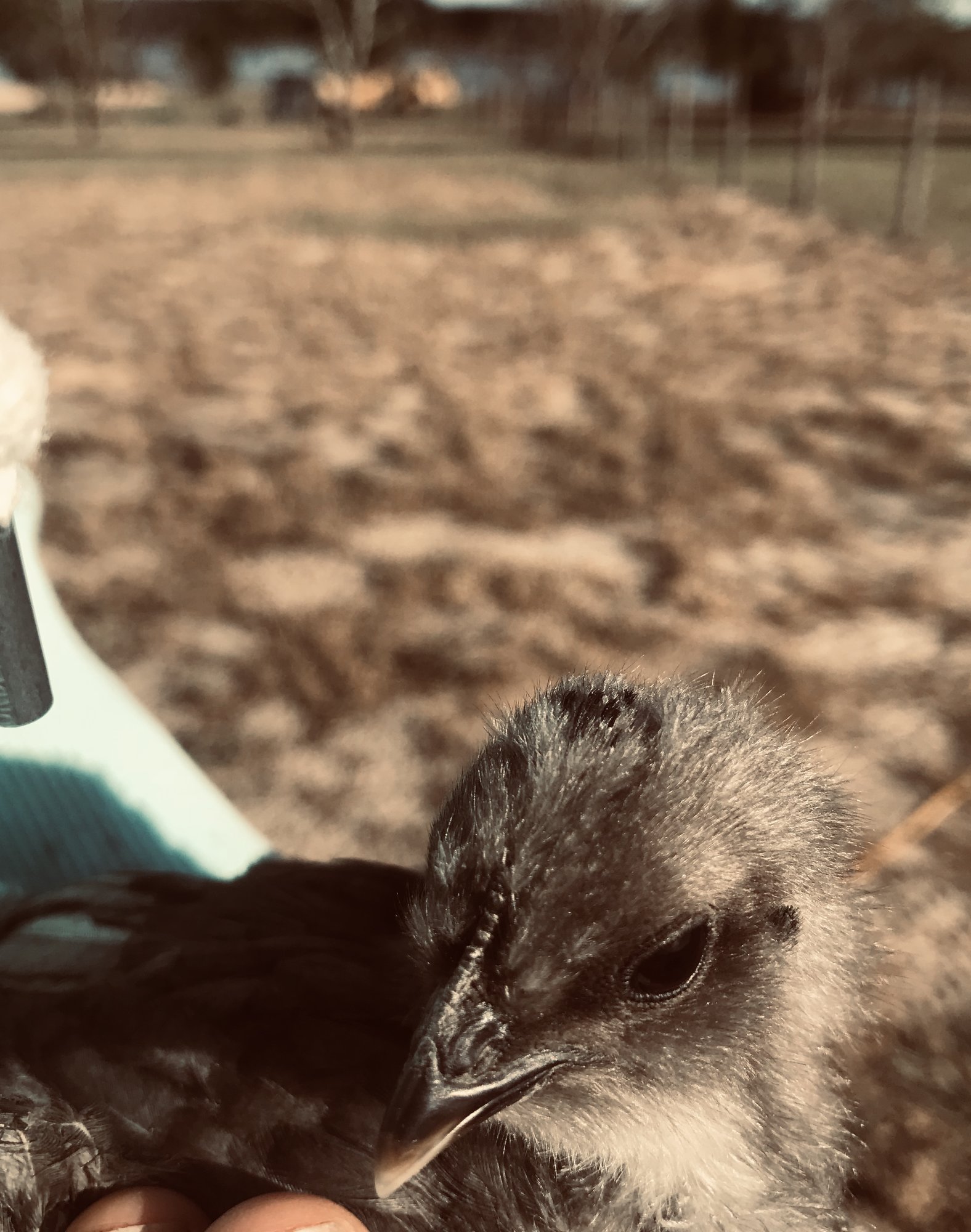 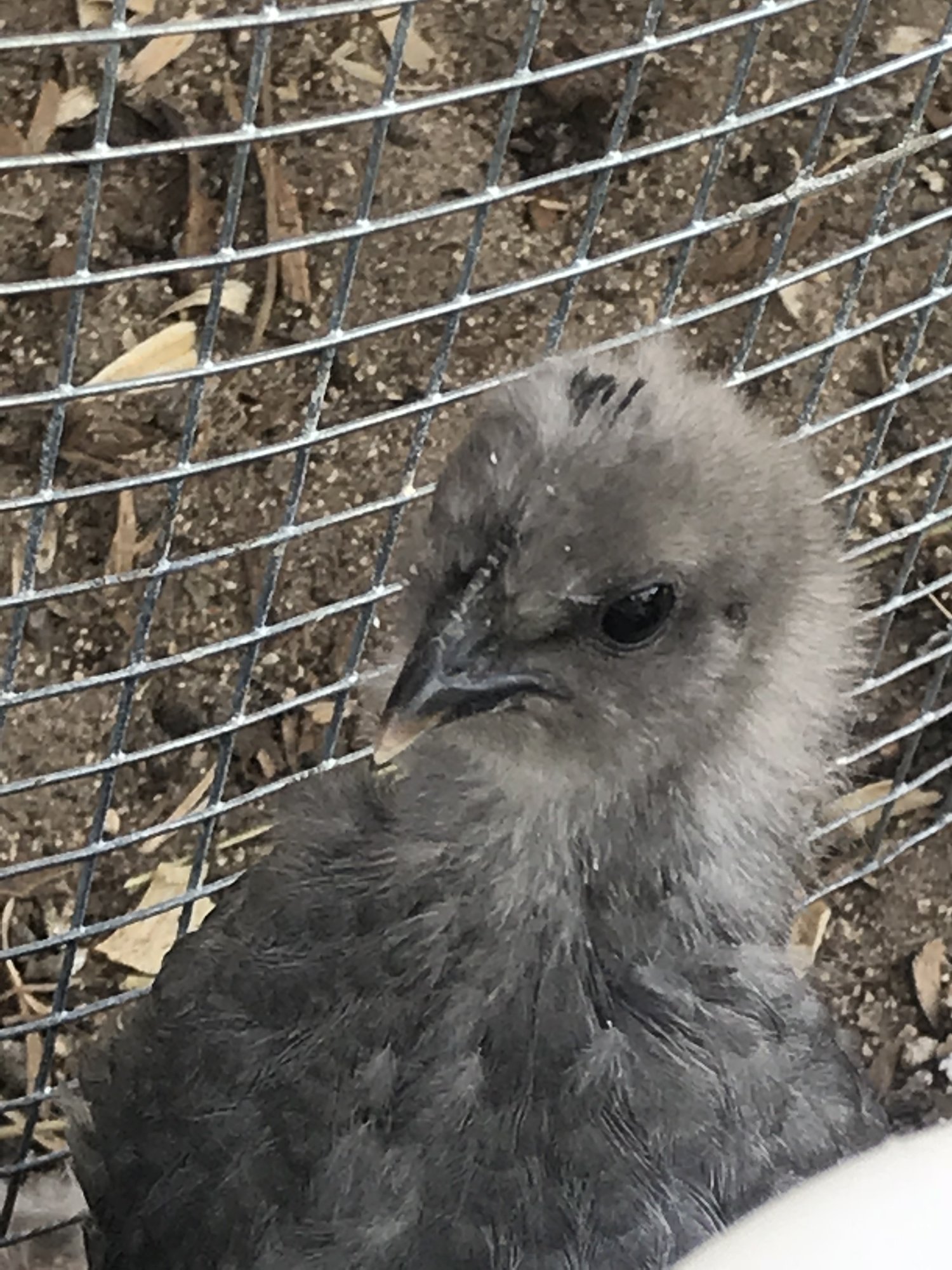 The other full sibling has the silkie comb so I probably won’t be able to tell for a long while. I’m leaning toward pullet but no telling t this point. Unfortunately I don’t have a good photo of that one. It’s the black feathered chick. 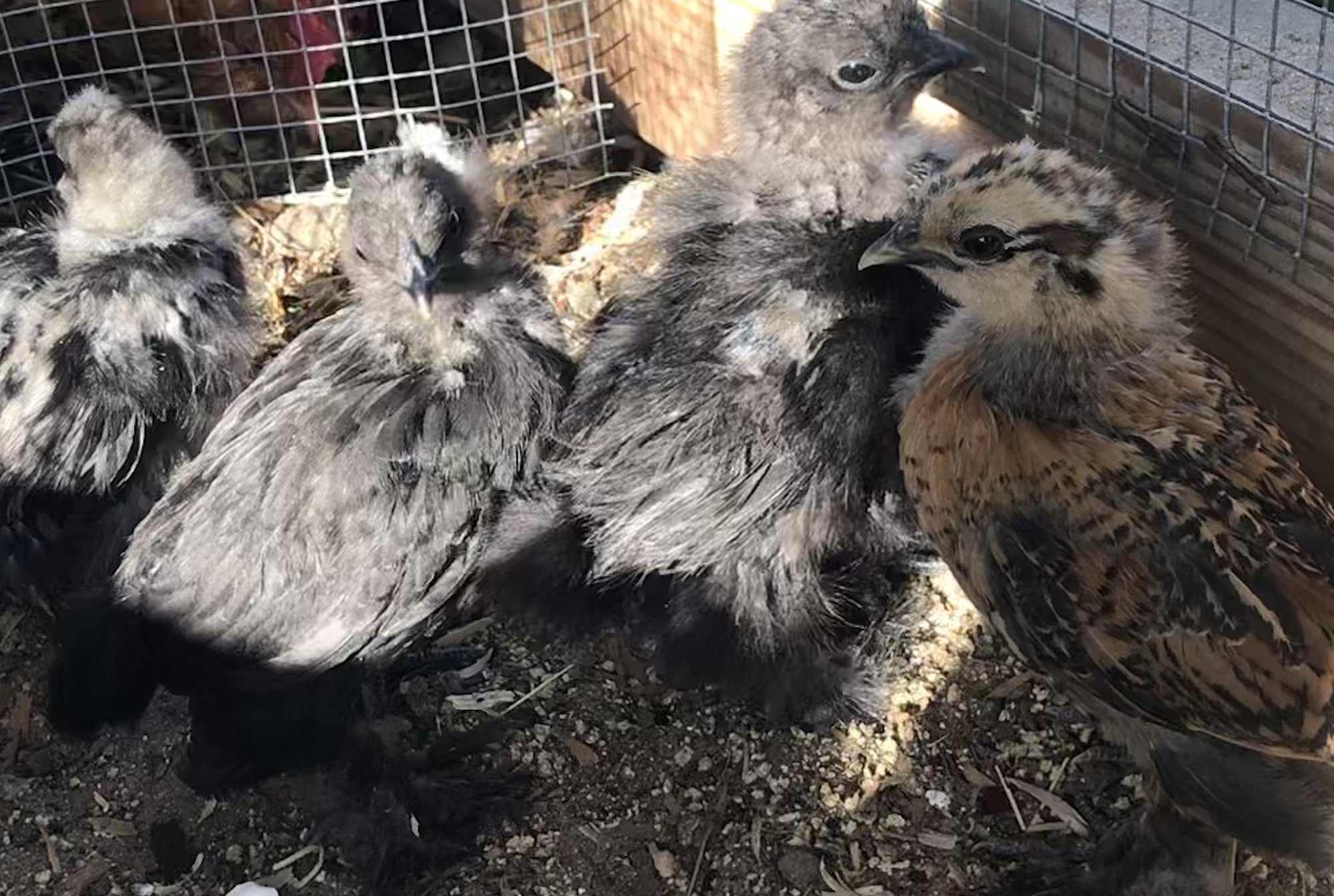 The black feathered is the same to show better of the body and the two in front are full silkie so I know it’s too early to tell. The black silkie is 3 days older than its grey sibling . 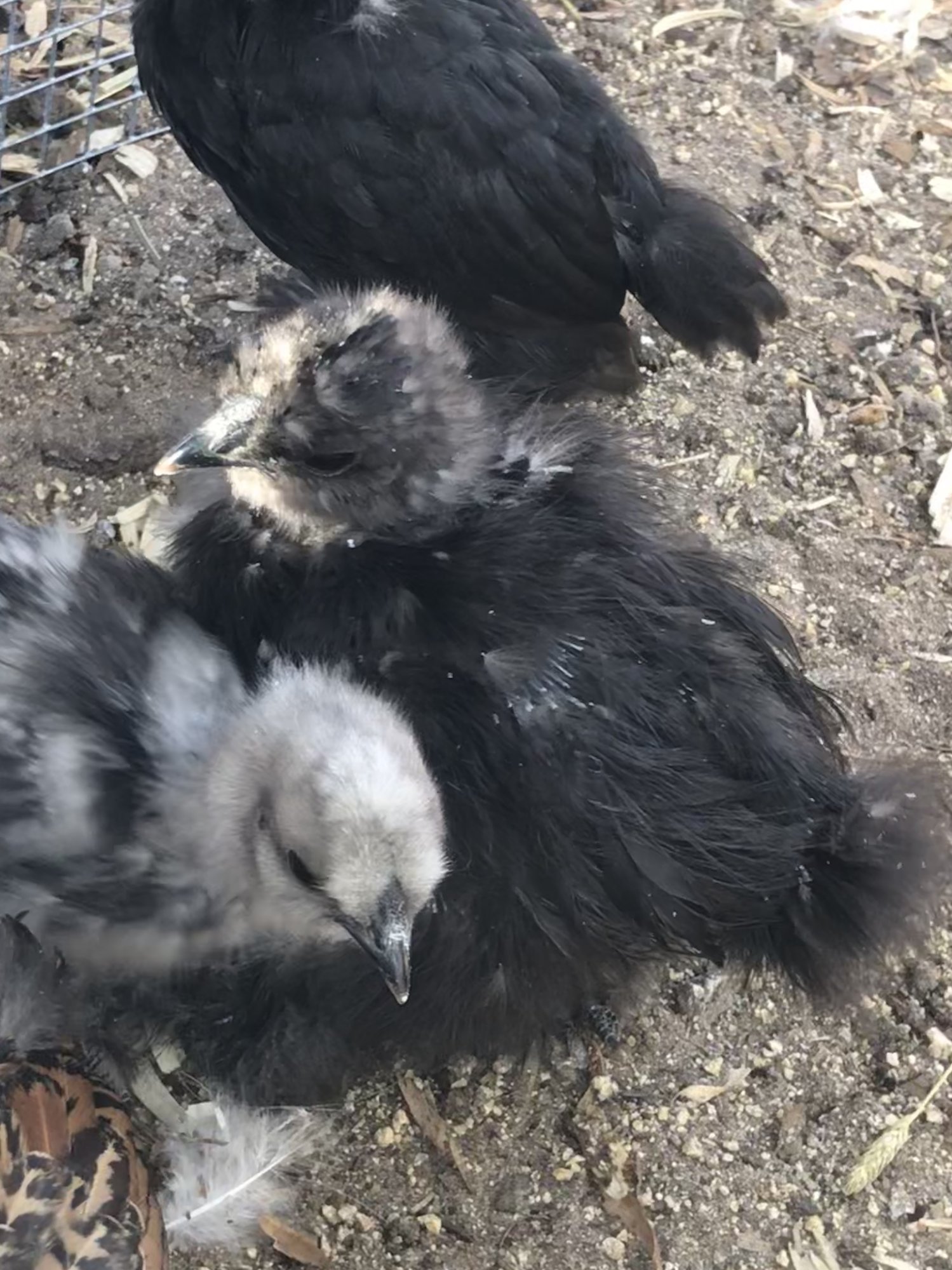 Definitely too young. Behaviors at that age doesn't matter as both sexes will spar. Sometimes you can tell a young rooster by his upright attitude. I once had a 5 week old that would mock mate it's siblings.

Generally by 5-6 weeks you will start to see pink enlarging combs on the boys and they should stand out more when you look at them.

oldhenlikesdogs said:
Definitely too young. Behaviors at that age doesn't matter as both sexes will spar. Sometimes you can tell a young rooster by his upright attitude. I once had a 5 week old that would mock mate it's siblings.

Generally by 5-6 weeks you will start to see pink enlarging combs on the boys and they should stand out more when you look at them.
Click to expand...

I guess I will update next week at 5 weeks. I know my d’uccle rooster that I had you could tell he was a boy at 4 eeeks.
Him at 3 1/2 weeks with the pullet closer to the camera ( mother of the crosses above). 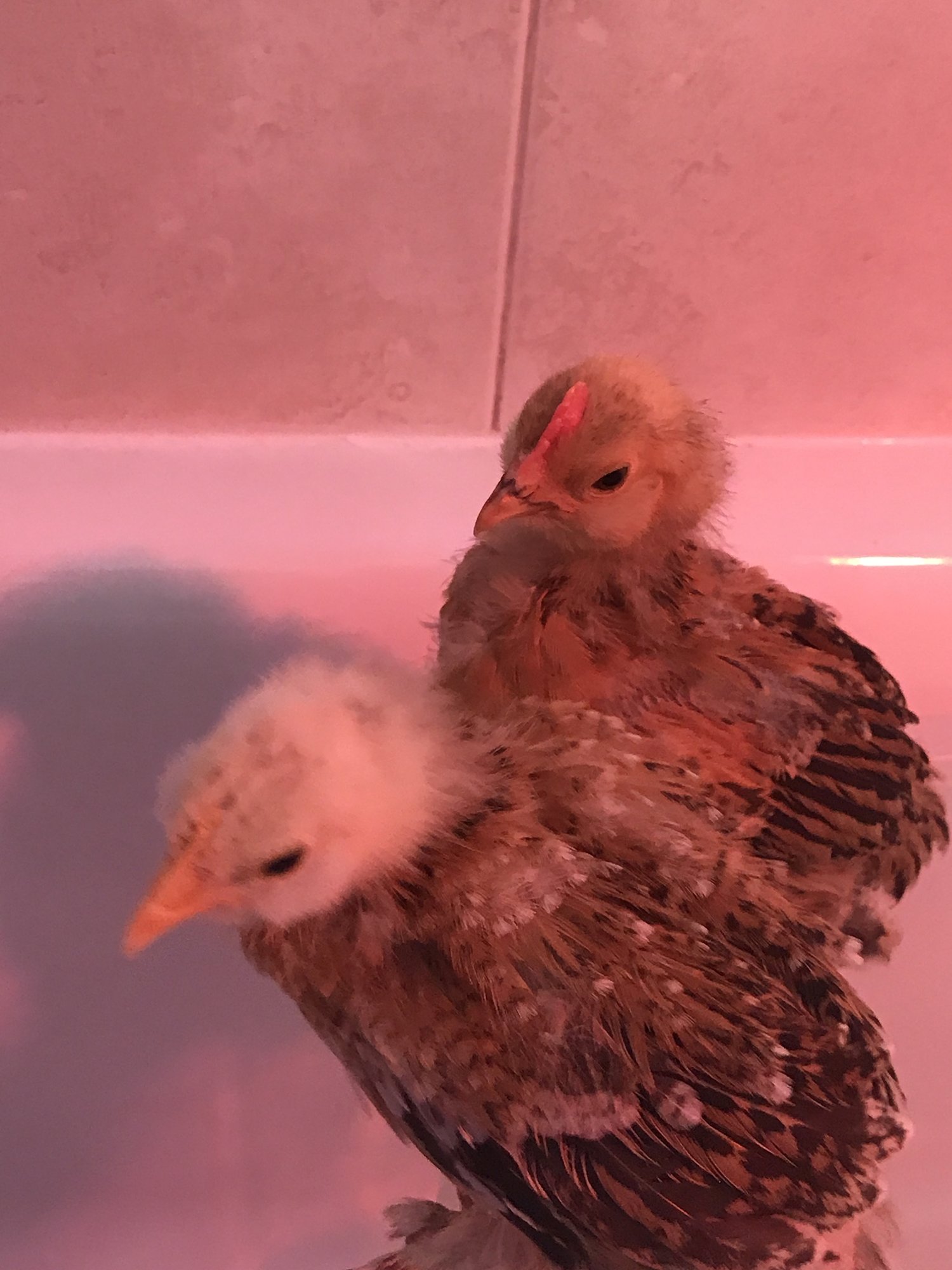 Now looking back at my old photos you can see my silkie roo ( the dad of the chicks in the first post) at 4 weeks looking more like a boy than the chicks above. 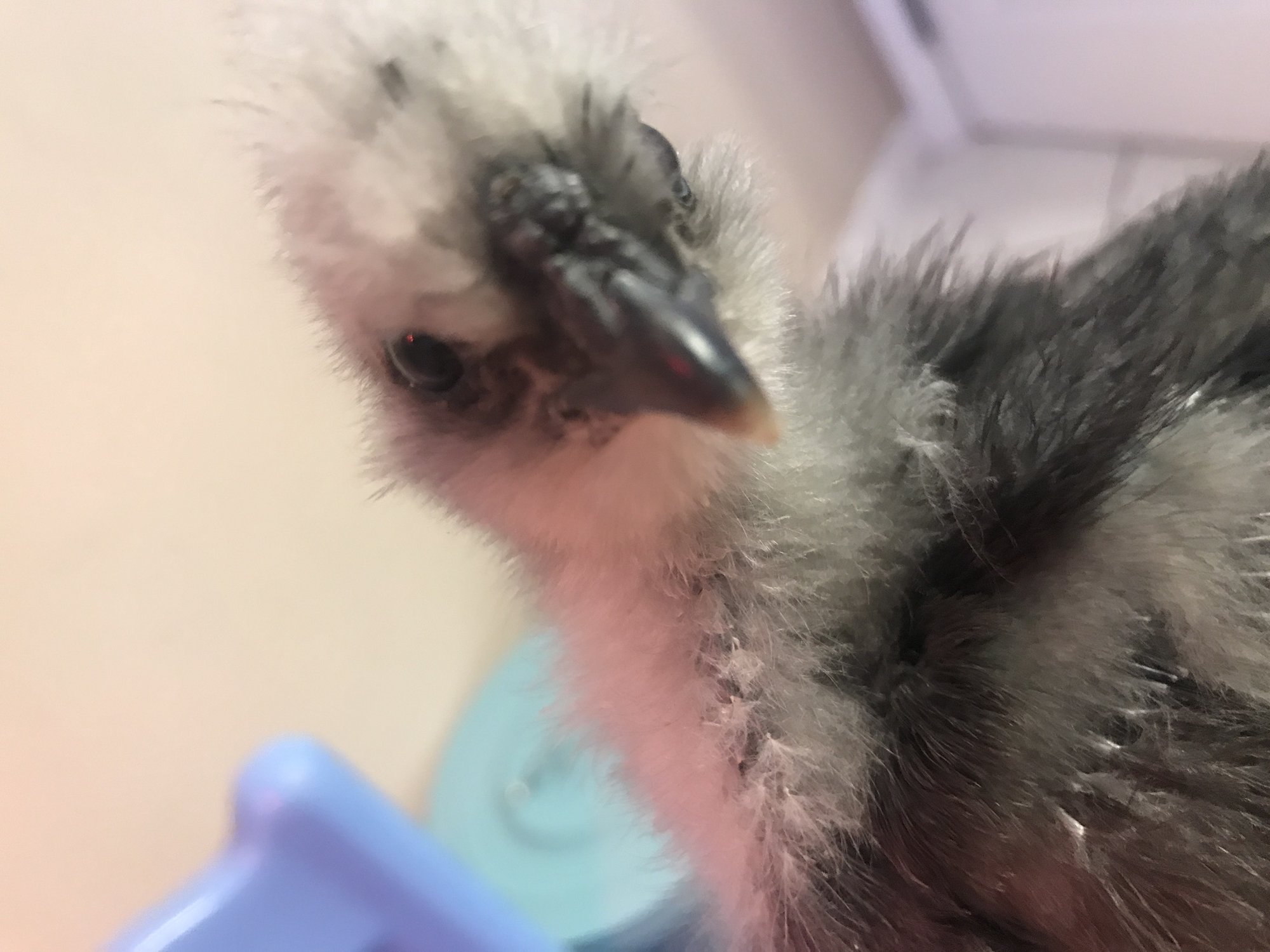 Both have more prominent combs, so you can see what you are looking for by those photos.

I'm leaning towards cockerel on the Silkie cross, but not because of behavior (which isn't exclusive to either gender this early). Something about the plumage seems quite....reddish. Be on the lookout for colorful wing bars as it matures.

Comb is rather prominent, as well.

Going to guess pullet on the other.

As you know, it's still a bit early, so these are only mere gambles for now.

Looking forward to the outcome!

So here we are at five weeks. Babies have been just introduced to the main group and now have access to the rest of the run so they are a bit hard to catch or take photos of.

Chipmunk chicks has a slight red on it’s head on a few of ends of its comb. Not sure if this because it’s a boy or because it’s a mix. The chicks are going through the ugly stage. 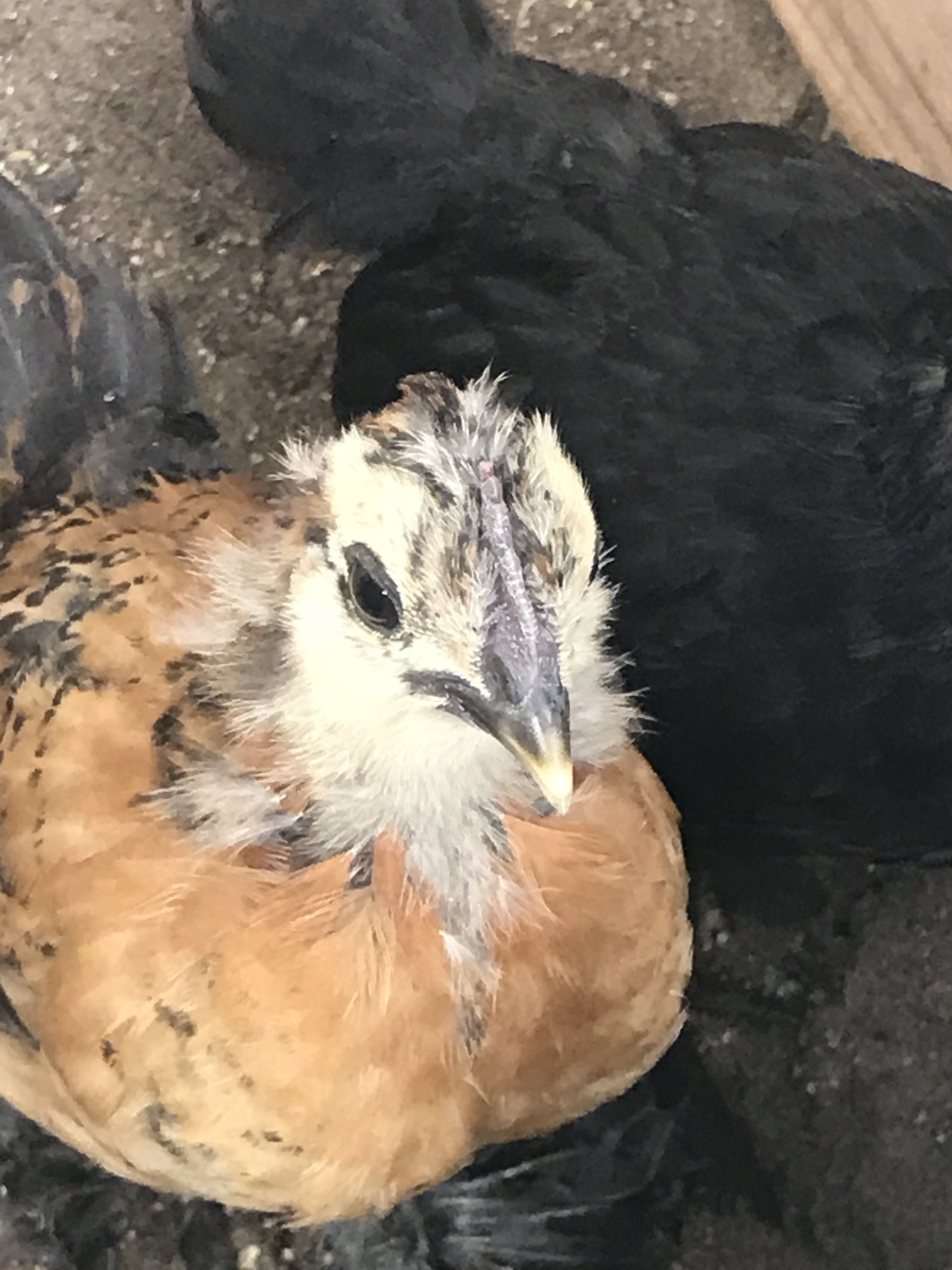 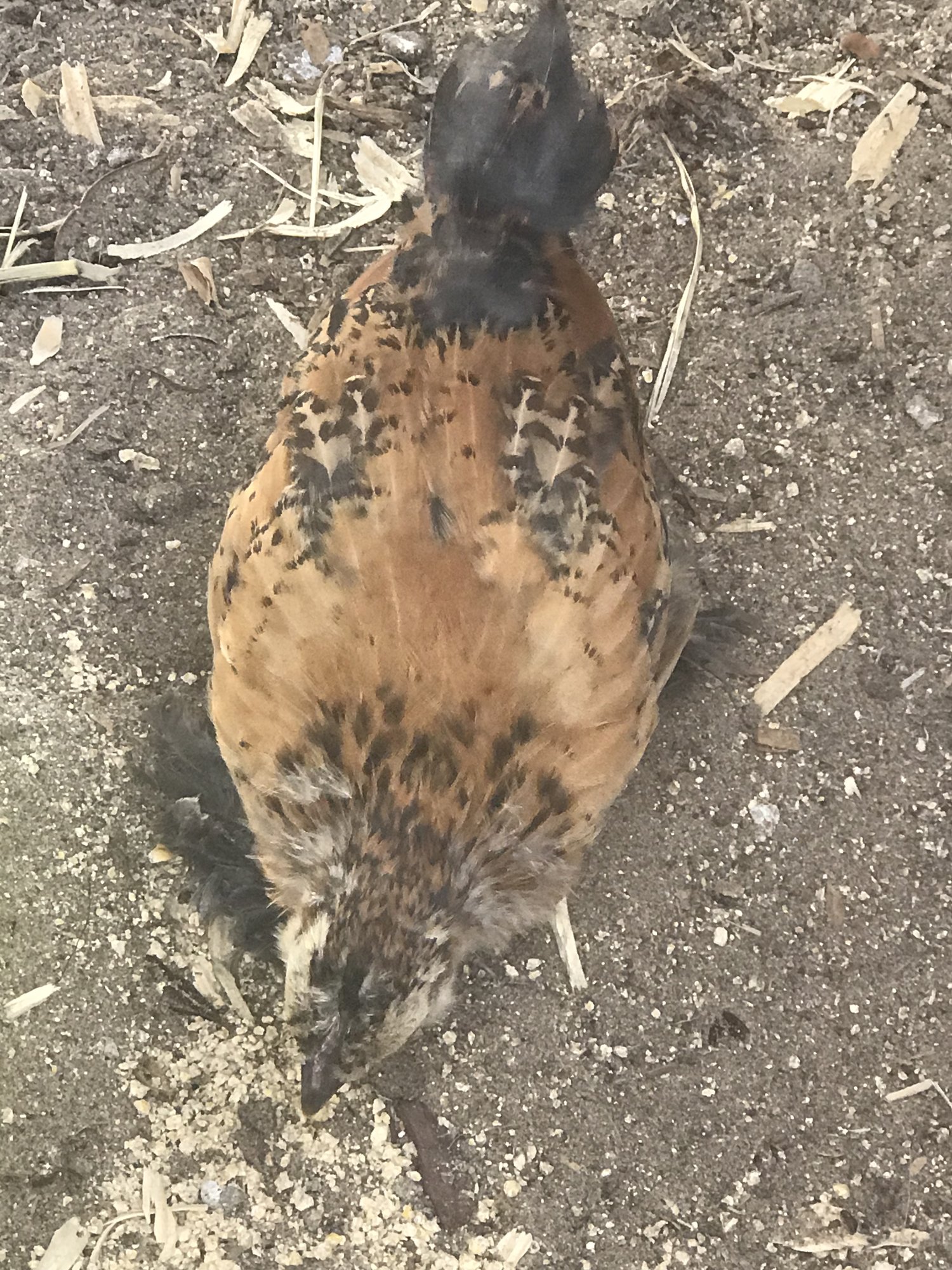 Here is the above full sibling but it has the silkies type comb (I think). Since you can’t tell with silkies until later will that be the same case with this one? This chick is the calmest when held. 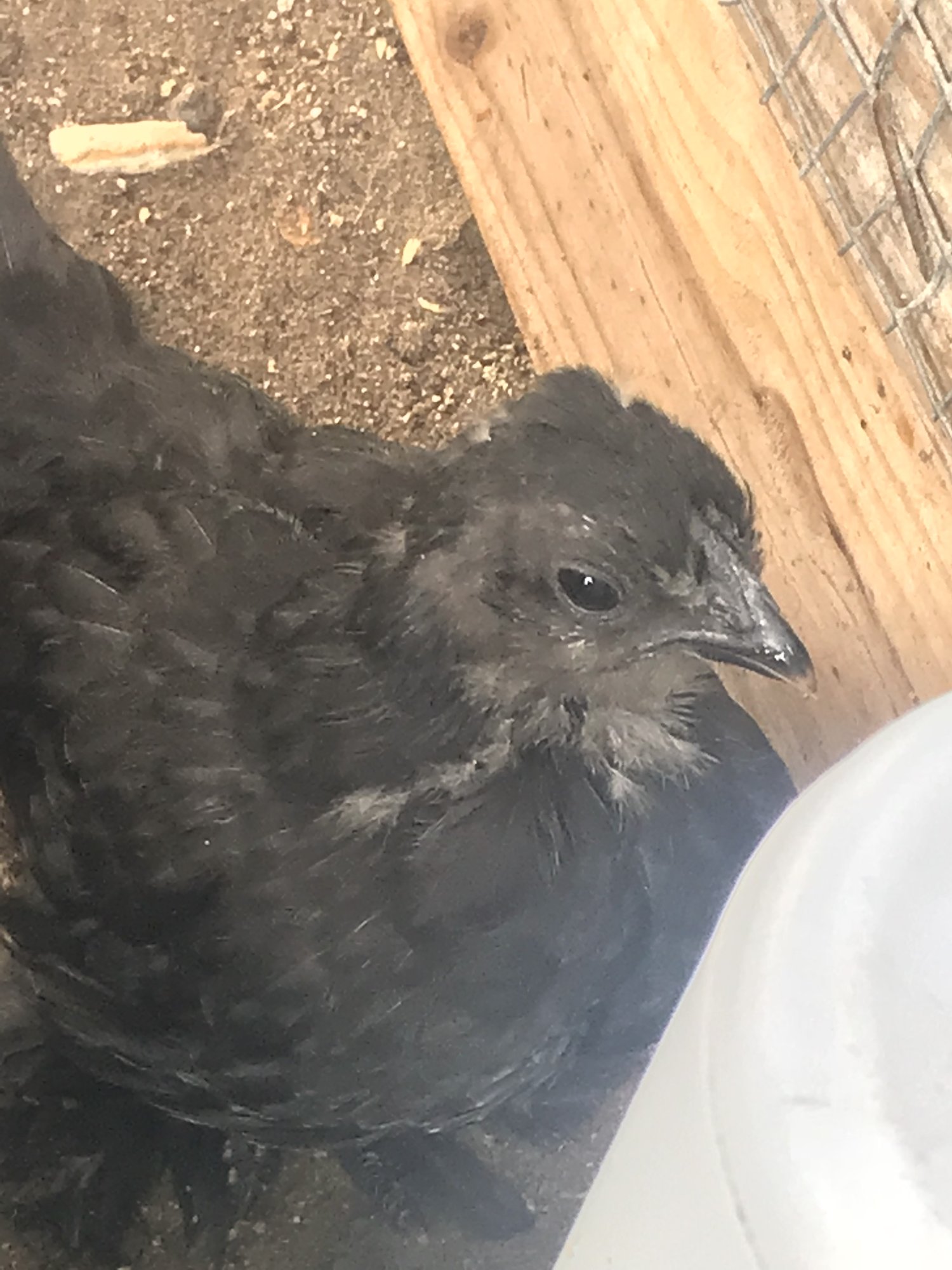 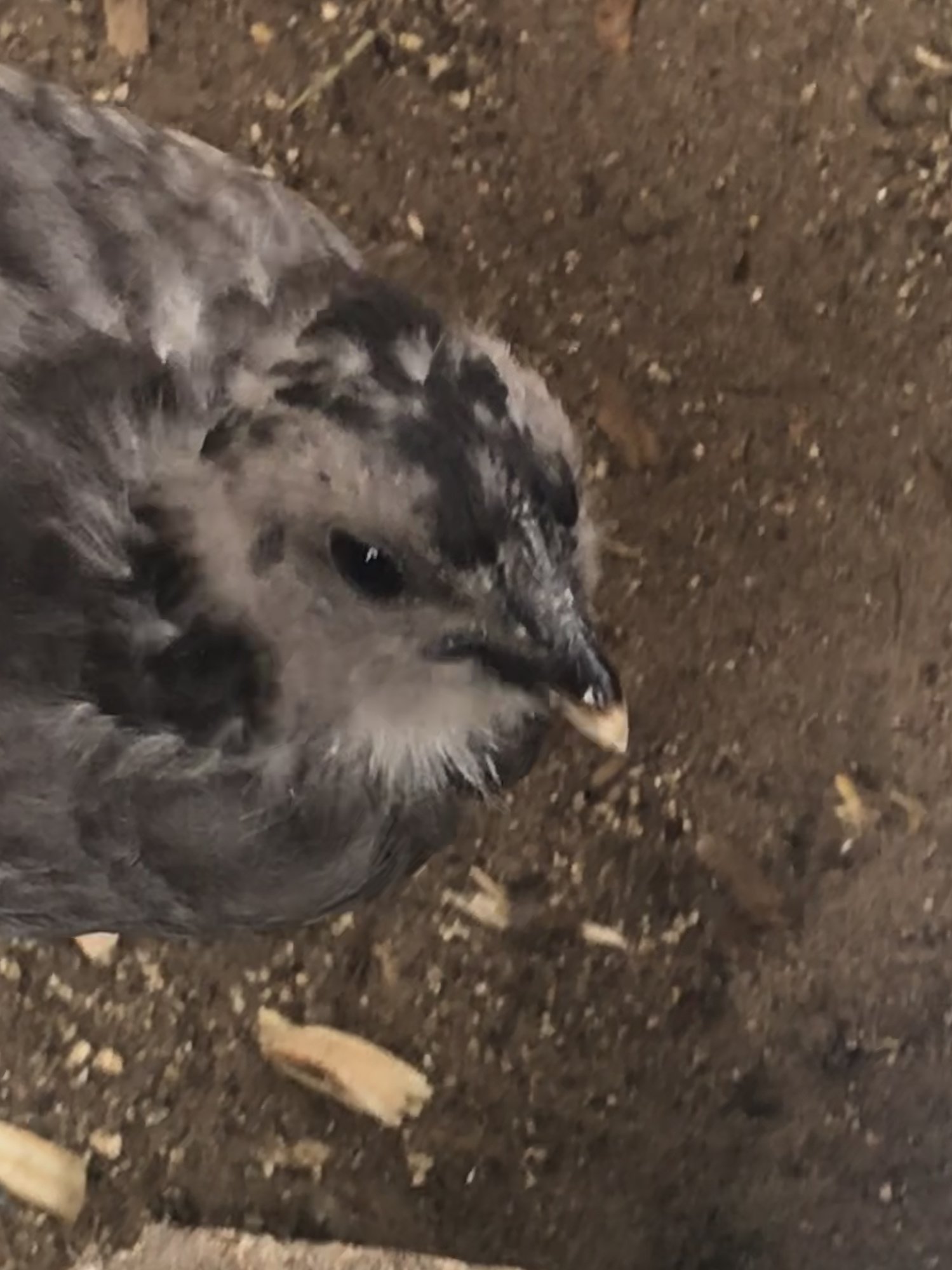 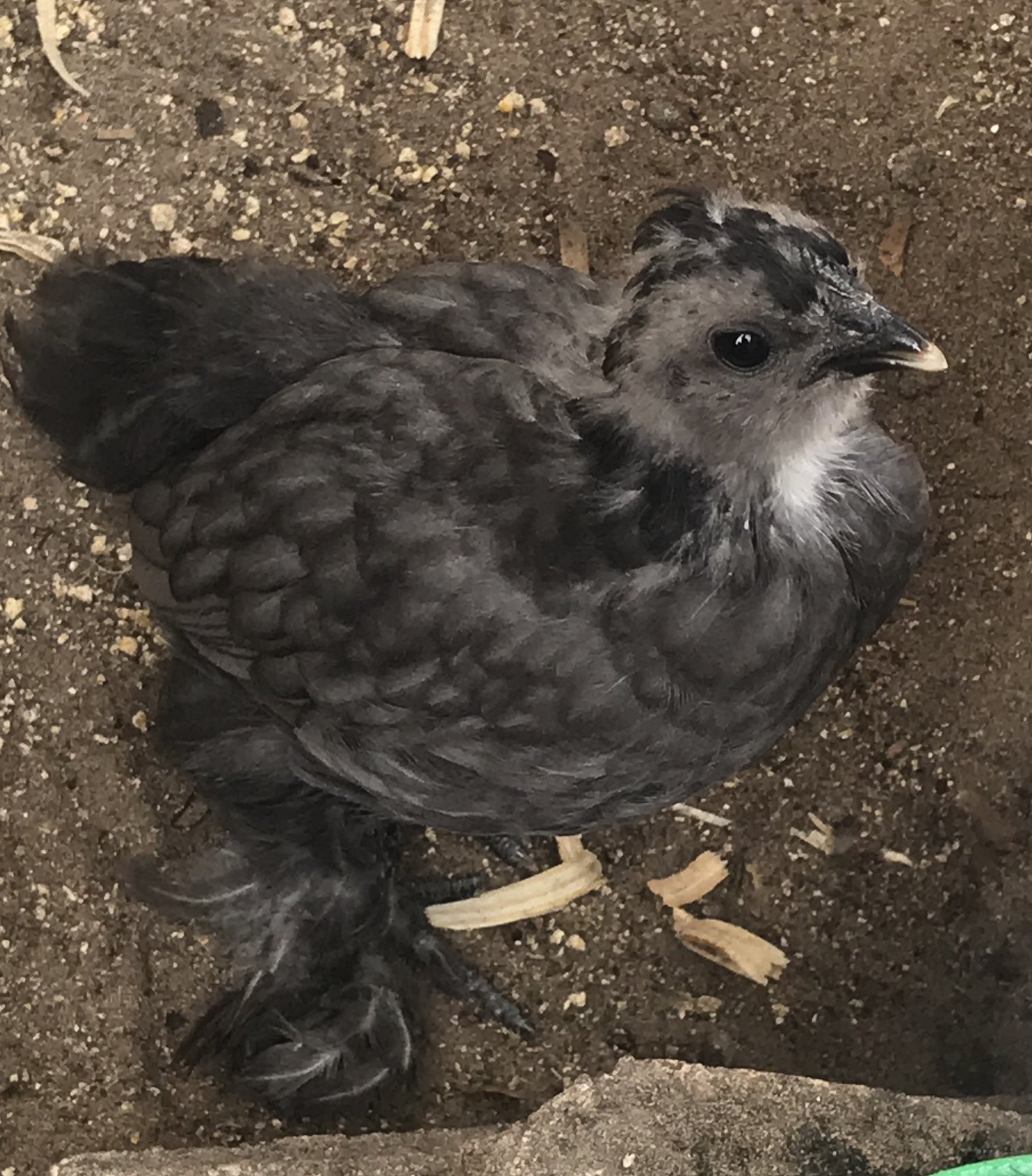 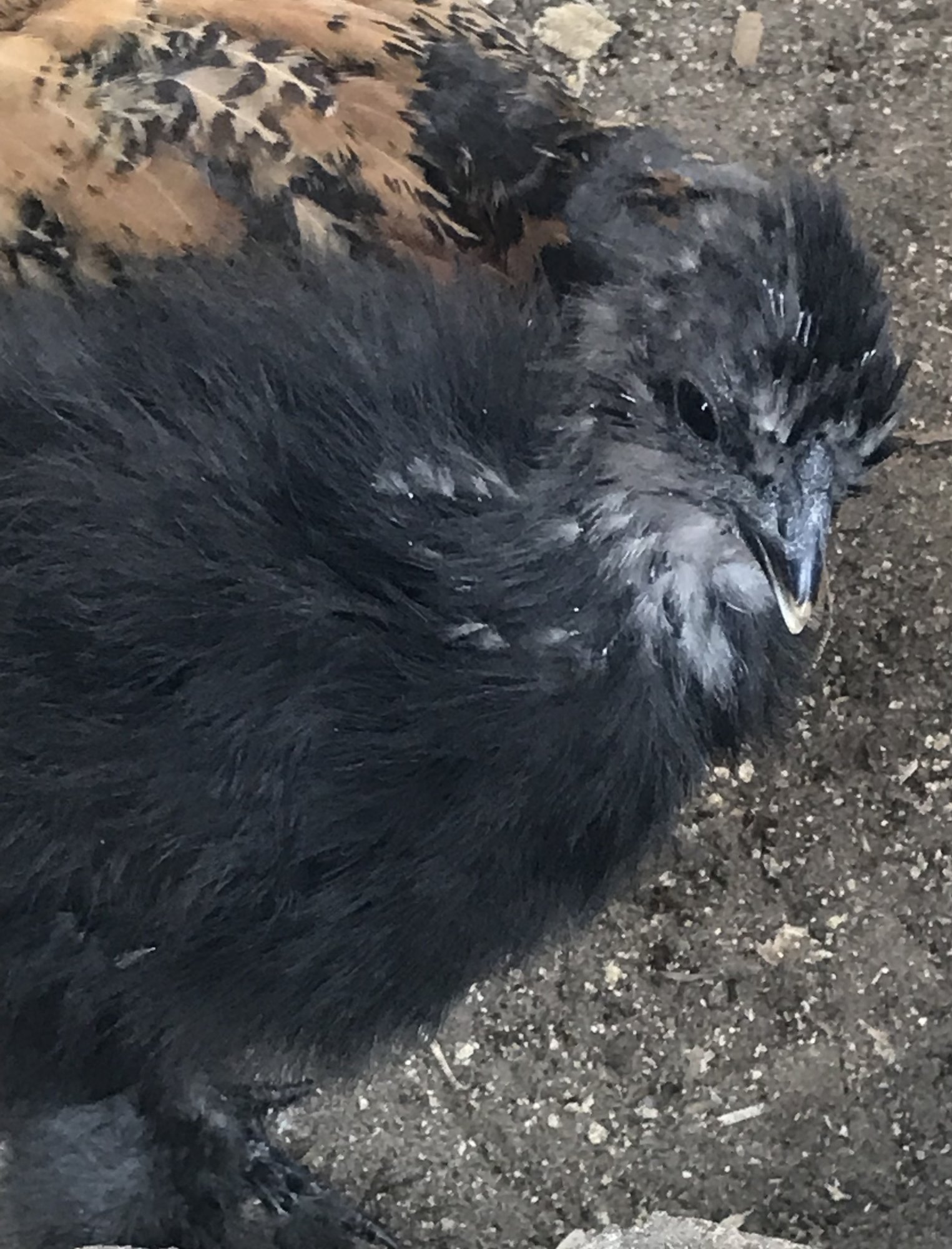 And my smallest the grey silkie. 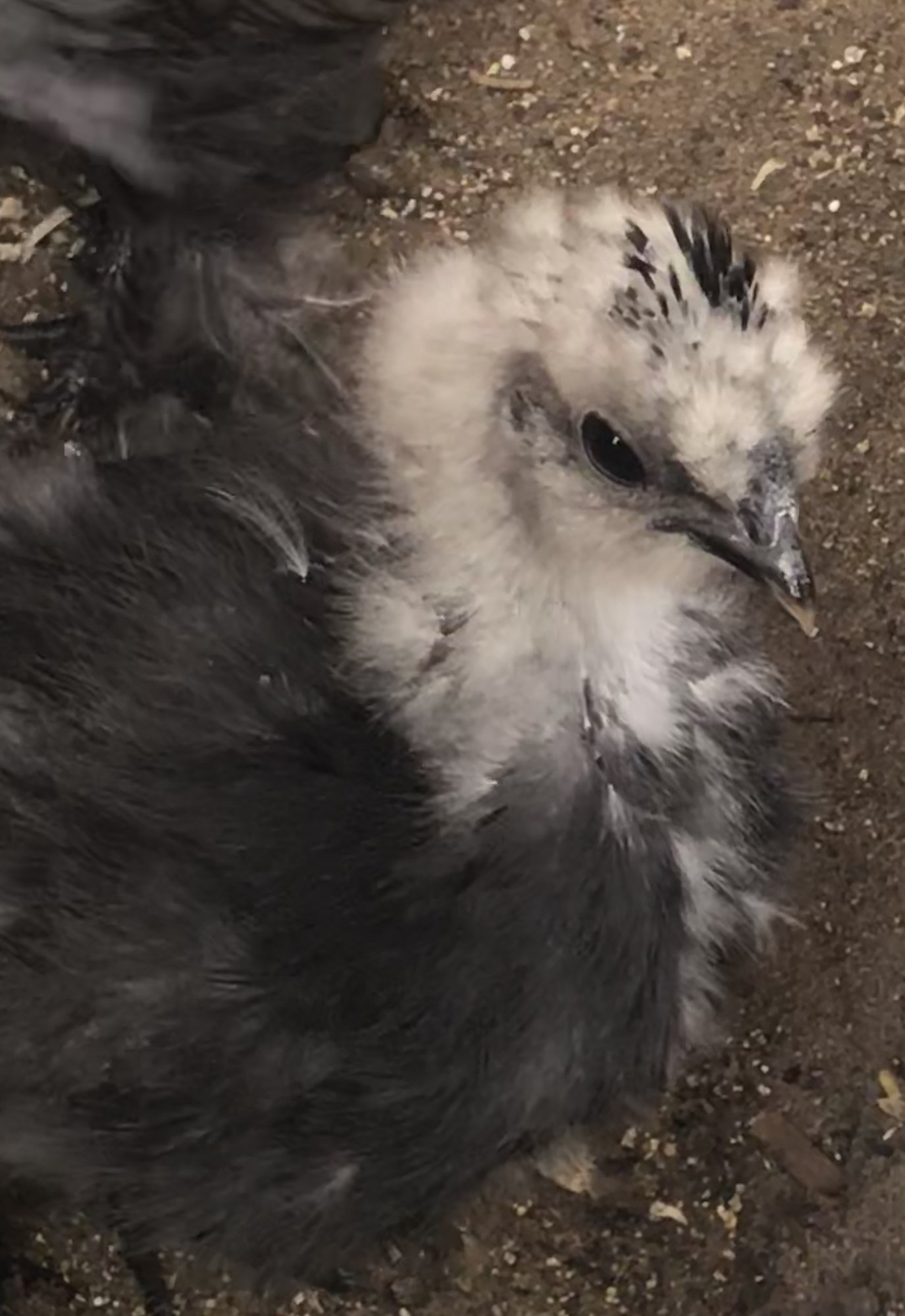 They will probably look a lot different next week when the rest of their head feathers come in.

The red ones comb is already larger too, so I would be leaning male on that one for now.