Lemon Cuckoo? Anyone have these?

I just saw a pic of a Lemon Cuckoo Cochin on feathersite. I think this is my new favorite color!

Anyone have this color in any breed? Or know how to make it?

You will also need a red cochin and a barred cochin. You could leave out the barring and get a bit darker bird.

I think it a case of hobby names again. In this case I don't think the 'lemon' refers to the cream gene. Their colour is too dark for cream unless with mahogany or something. From what I've seen they are just buff birds with barring. I made buff cuckoo Orpingtons which appear to be the same colour as the birds referred to as 'lemon' cuckoo.

Quote:
Really?! I've thought about doing that as a "someday" project. Do you mind my asking what you used to get that coloration in orpingtons?

If the bird is from the European continent, lemon or citron ( which means lemon in a few languages) or citroen (dutch bantams) refers to the cream gene. That is why I would use a bird that carries the cream gene. The cream color is not actually yellow but a pinkish color. It is hard to describe not like the lemon in a lemon blue variety.

I think 'lemon' cuckoo is a desceptive term. Citron/Zitron does translate to lemon in some European languages. And very often when the name lemon or citron is used it is referring to the cream gene, ig. As you mention, in the cream light brown dutch bantams or the lemon mille fleur the gene is cream. However in lemon blues it is not cream but is apparently simply gold birchen with blue.
I used cream quite a bit back in UK. Its effects can be variable, on gold ranging from cream to just about silver. Such as on the cream light brown dutch (I did that colour with leghorns). It does not give that pinkish effect, as in the lemon mille fleur, unless it is with mahogany.
From what I have seen of lemon cuckoo pekin bantams back home in UK, they are buff birds with barring & reference to lemon is another of these desceptive names sometimes used.
I don't know whether they used the name in US but for a while blue laced silver wyandottes were referred to as lilac laced in UK.

If it was just buff barred that would make my life easier. I have a buff hen and will be getting a barred male shortly anyways. I wasn't plan on putting them together, but now I think I will! If it helps at all the picture I'm talkiing about is about halfway down this page next to the partridge one.

hello, did you mean this color of cochin: 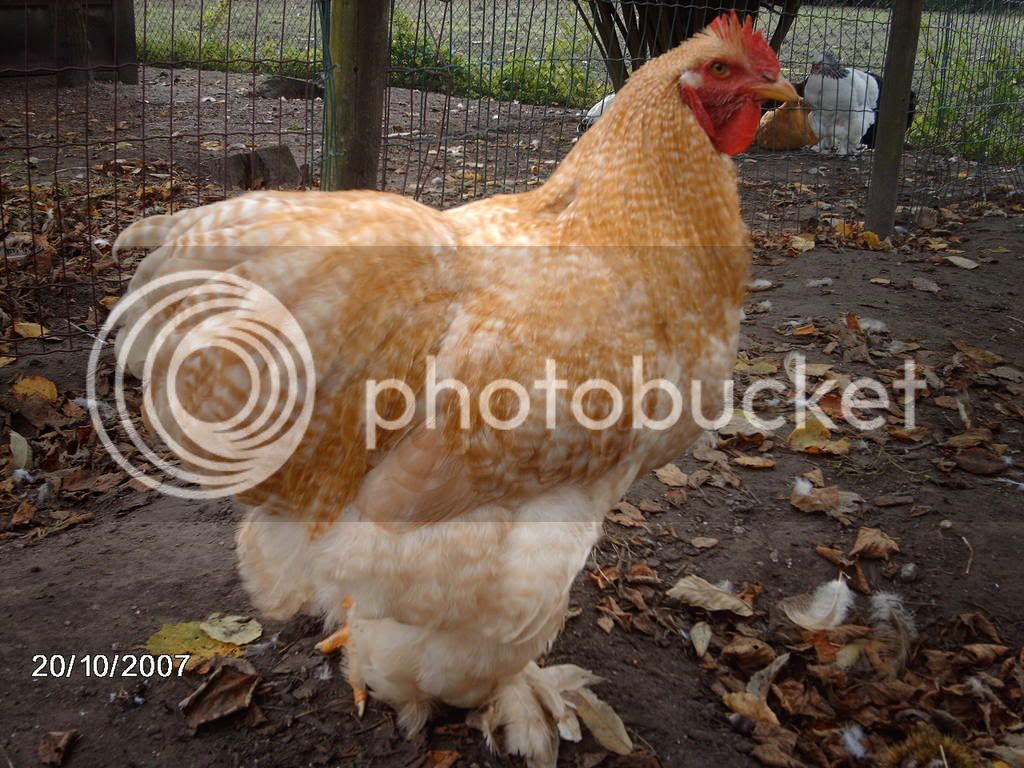 What color is Paul Calhoun?