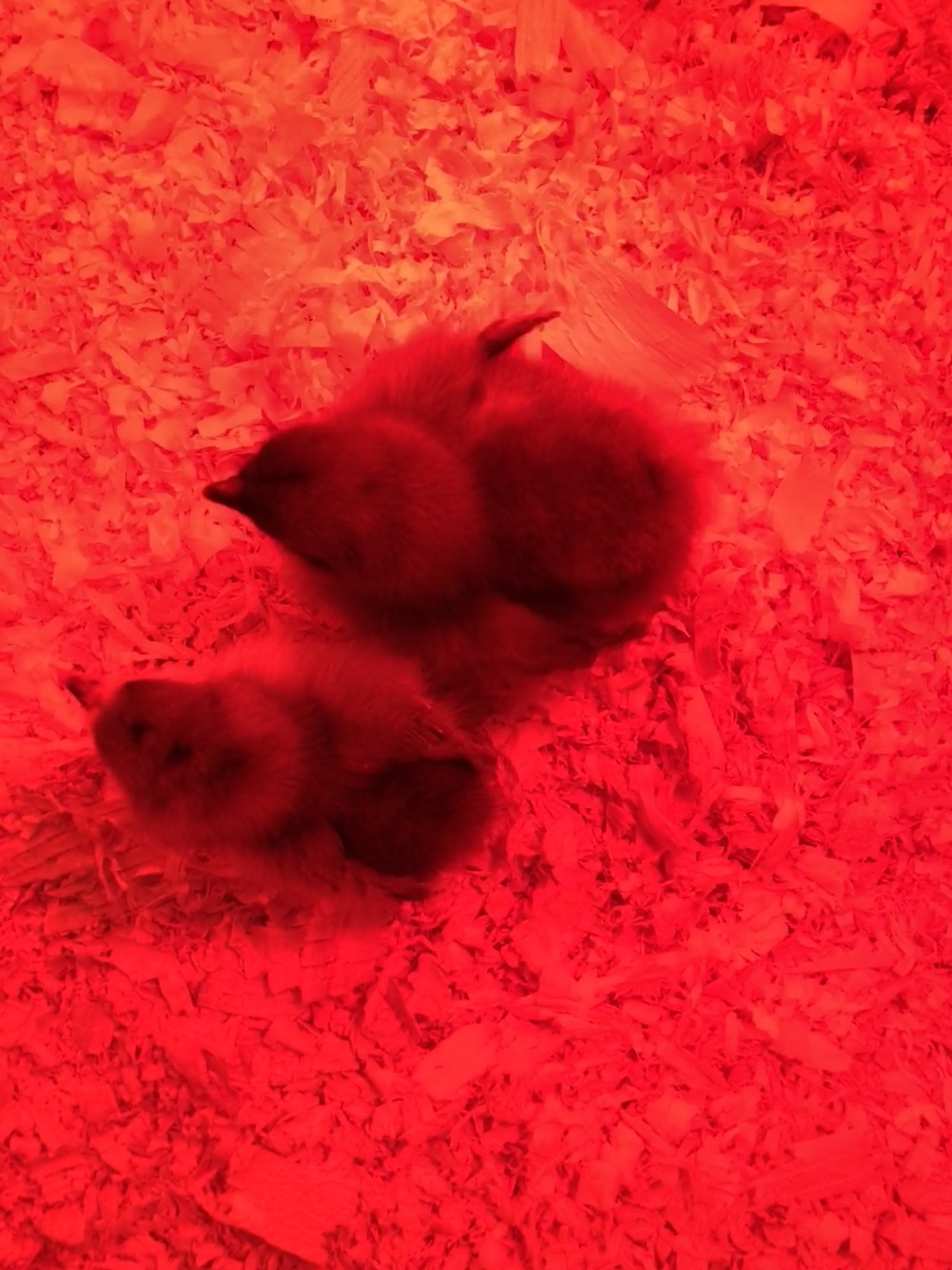 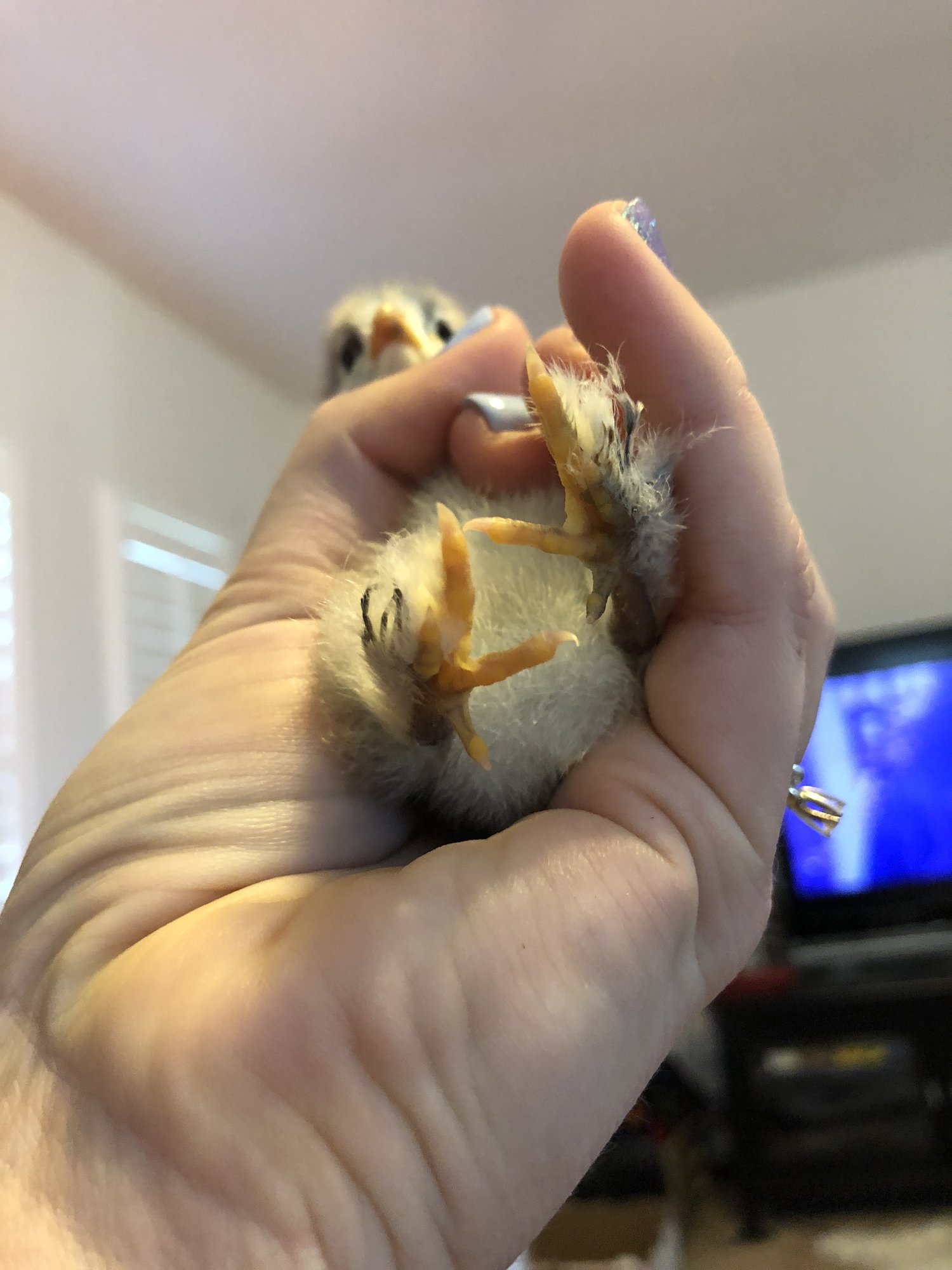 Friday I got two baby Cochins, the day they arrived at the feed store.
One of them has been very lethargic, only interested in sleeping. She moves around and I’ve seen her by the food but I don’t know if she’s eaten.

I tried sprinkling some food in a small dish of water. Neither chick went for that. So I went out and got a dropper, gave her some water that way (thank God, it felt so good to get some water in her) I did some research and started tapping on the feeder. And they both came over! The healthy one ate right away and tried getting in my hand, the tiny one kept sticking her head in but it was hard to tell if she was actually getting anything.
Later that evening, I saw her walk to the water and actually drink! Whew! What a relief. But I don’t know if I’m out of the woods yet.

I noticed her first toe on both feet are squished in under her second toe. So that makes sense why she’s a little wobbly. Any tips? The other chick has since doubled in size, with the first chick very weak and tiny..

Get some Poultry NutriDrench and give her 1 ml, a drop at a time. Dip her beak into water for a second letting her swallow, for several times to get her drinking. That is safer than giving her fluids with a dropper. Check her butt to make sure that her vent is not blocked with poo. If she is a bantam, she may need some chick crumbles ground up more finely for a bit to eat. The wet feed sounds like a good idea, but change it daily or more. Hopefully, she will survive, but she may be just a weak chick.

She shouldn’t be a bantam, but she looks the size of one... I will get that product, thank you!

Poultry Cell is as good, and there are other brands such as Durvet or RoosterBooster that can be added to the water.

Sick hen not sure please help
2

Lethargic hen, what should I check for?