OK, couldn't find a topic that says molting. I have three hens. One is a barred rock who started molting 6-8 weeks ago, lost a fair amount of feathers and they have all grown back. Next was the Wyandotte, she is now starting to regrow her feathers, and lastly is the black Cochin. And all three have pretty much stopped laying, and before that they were all good for one egg a day. Now I get one occasionally. I realize it's getting somewhat cooler and the days are shorter. Here's the question: the barred rock, as of yesterday, has lost a ton of feathers again even though she just got done molting and grew her feathers back. They are all around, for lack of a better word to describe, her hip area, both sides. Feathers everywhere. And she seems to be kind of picking at them. Their pen looked like something got in there and had their way with the barred rock, but I know that didn't happen, and because they have a big backyard in addition to their coop and penned in area where they all go, still feathers everywhere. One more thing, she is a loner and the other two are buddies. She's also the smartest, and the most aggressive when it come to eating worms we throw to them. Past couple of days she hangs back. Any ideas, suggestions or solutions? Is she sick? Otherwise, she just acts like she always does....Thank you!

No clue but watching ... Doubt it but have you checked her for mites/lice? Have you inspected the areas she's missing feathers, are there any signs of injury? Perhaps due to her "hanging back" the other two ganged up on her?

I'm experiencing similar issue ... Have (27wks) 4 BO, 3 laying but one (timid). She's always kept to herself & standoffish but she was coming around. Today I noticed one (GT) chasing her (NT) off when I tossed in some new shavings. Hung around to watch & whenever NT got too close to the others, GT would chase her off. No pecking, just chasing but if it gets any worst GT's getting rehomed for sure.

How old are these birds?
Checking for bugs always a good idea.
What all and how exactly are you feeding?

Where in this world are you located?
Climate is almost always a factor.
Please add your general geographical location to your profile.
It's easy to do, then it's always there! 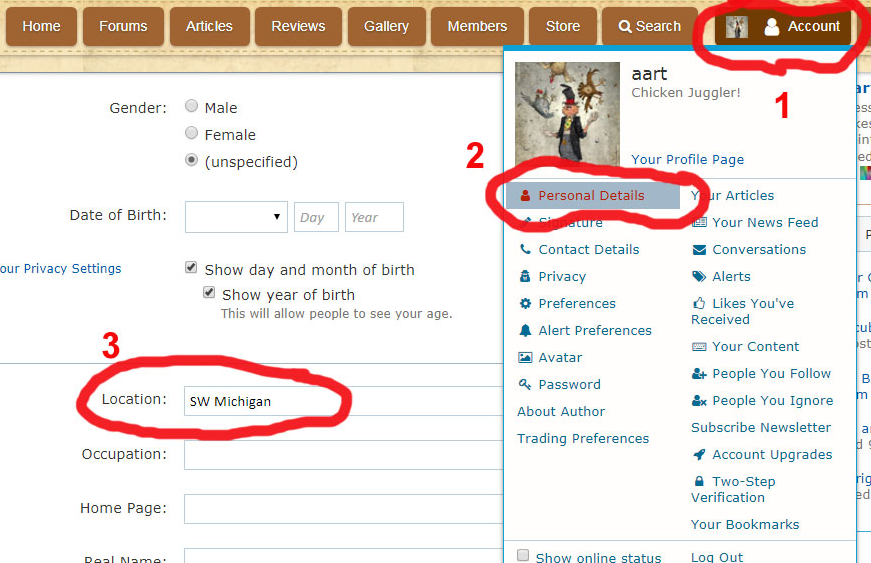 Can molting change a chickens color?