Since my mother named him he has been a MONSTER. before that he was good with my other roos and i never had a problem with him. In the last couple months he has nearly killed a standark-sized mixed breed roo & then today he beat the crap out of my beautiful new blue splash bantam cochin roo

I am thinking that his mean little butt is about to go bye bye.. i just dont knwo what else to do with him, i was hoping to keep another roo for the future Sizzle pen but i am sure Lucifer would try to kill him.

This is Lucifer before he was named... such a sweet guy hanging with the other 2 roosters (far left) 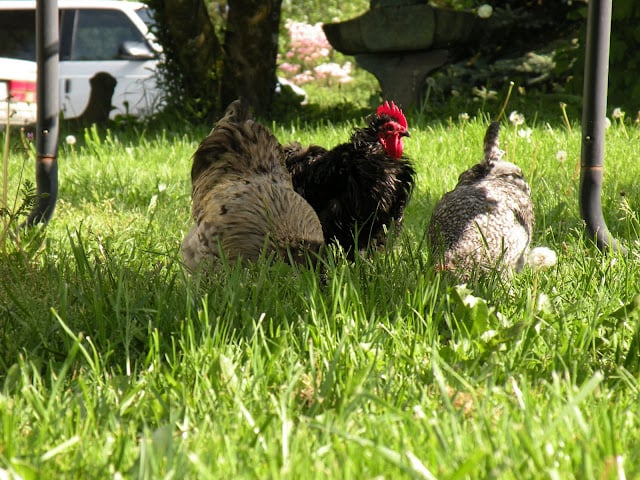 And today he's running around the yard wearing the new guys blood like some kind of awesome award... i just wanna boot him.

With rare exception when you have multiple males running together they will fight to establish dominance. If you get rid of this male the same process may well be repeated among the remaining males.

Advise on taking in a rooster