I'm in the UK, and I have two white runner ducks which I hatched last year. They are very friendly and about 1year old, and have been laying continuously since then. About three weeks ago, I added three mallard runners (1 drake and 2 ducks) and a black runner drake. They are all about the same age. The girl mallards have just started laying in the last few days.

I'd like to hatch some more eggs, but I'm wondering how I know when they start getting fertilised.

All 6 ducks get on well together, and they often forage as a group, and sleep together at night. I haven't seen any fighting between them.

Can anyone explain what is going on? I assumed that with two drakes, they'd both be active, but perhaps only one dominant drake gets the girls? Why doesn't the black drake go for the mallard girls? Why isn't the mallard drake active? Will I have to wait for them to get to know each other better before they start mating successfully?

Try separating them and see if that will spark breeding for you. And it could be preference for the black runner. I have a few boys in my flock and they only go after the most active girls.

Being he is new and possibly intimidated by the other Drake he is watching and waiting.
If your wanting pure breeds? You will need to separate the groups. Just because they are not fighting today, it could start tomorrow..

If you are eating the eggs, look for the bullseye to tell if they are fertile. A small white dot on the yolk is infertile. A white dot surrounded by a white ring means fertile (to me it often just looks bigger). The egg below is a fertile duck egg. 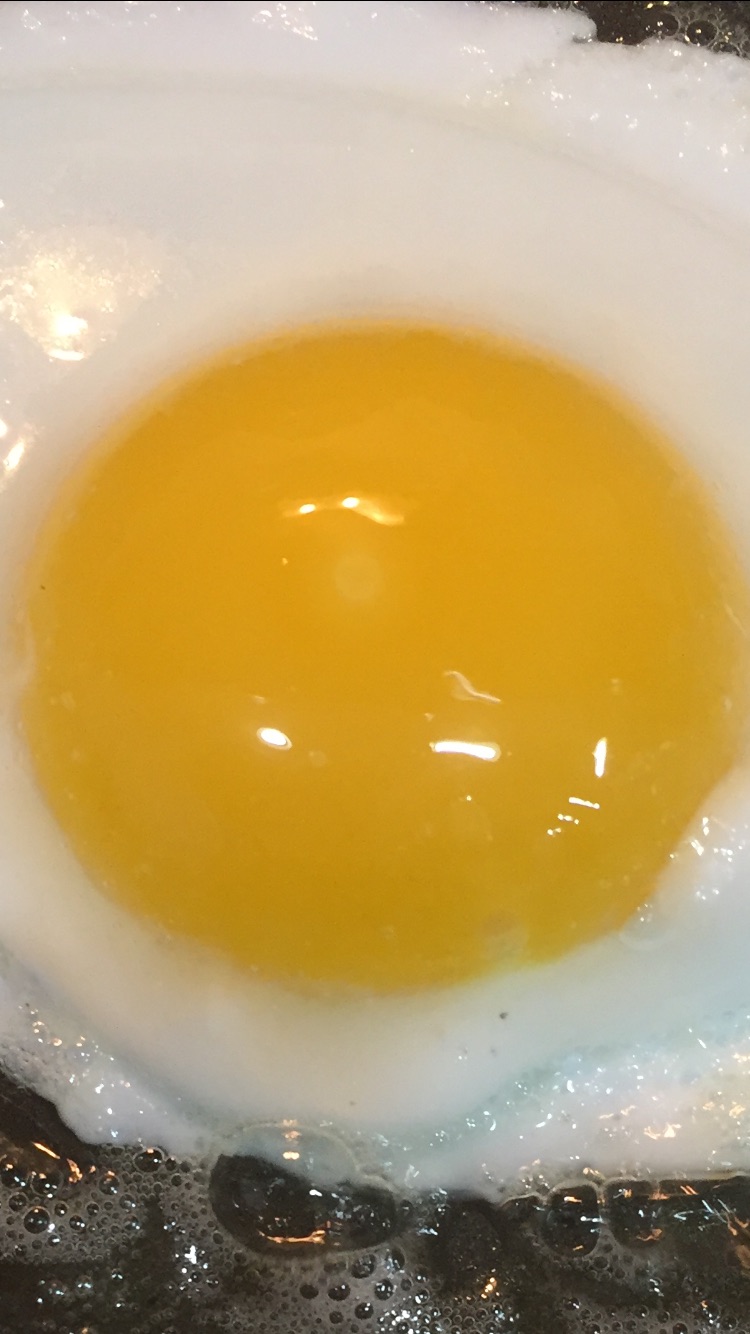 I'll try separating them. I separated them for a short while last night, and the black drake got very anxious. He didn't like being separated from the mallards. He lost all interest in the white girls, once separated.

Duck pulling feathers out of other ducks tail