Me and my Peas

They are mad at me for putting them in a pen They are young they will adjust , had they been out on their own for years it may be a different story.

They came to my home about 3 months ago.Don't know where they came from or how old.I kow they are mating.

Did you post in another thread that he lost his eye feathers?

I remember reading about a peacock that lost his feathers while roosting, but I can't remember who posted, lol. My memory *and* eyes aren't what they used to be.

The male looks like he is a yearling, but most likely two years old. His "train" at that age would have barred feathers that are like the ones on his wings. In the pictures from what I can tell, he is starting to grow some train feathers. Basically he would not have those barred feathers over his tail if he already had a full train. Bigger pictures would help.

Here is a previous image you had uploaded: 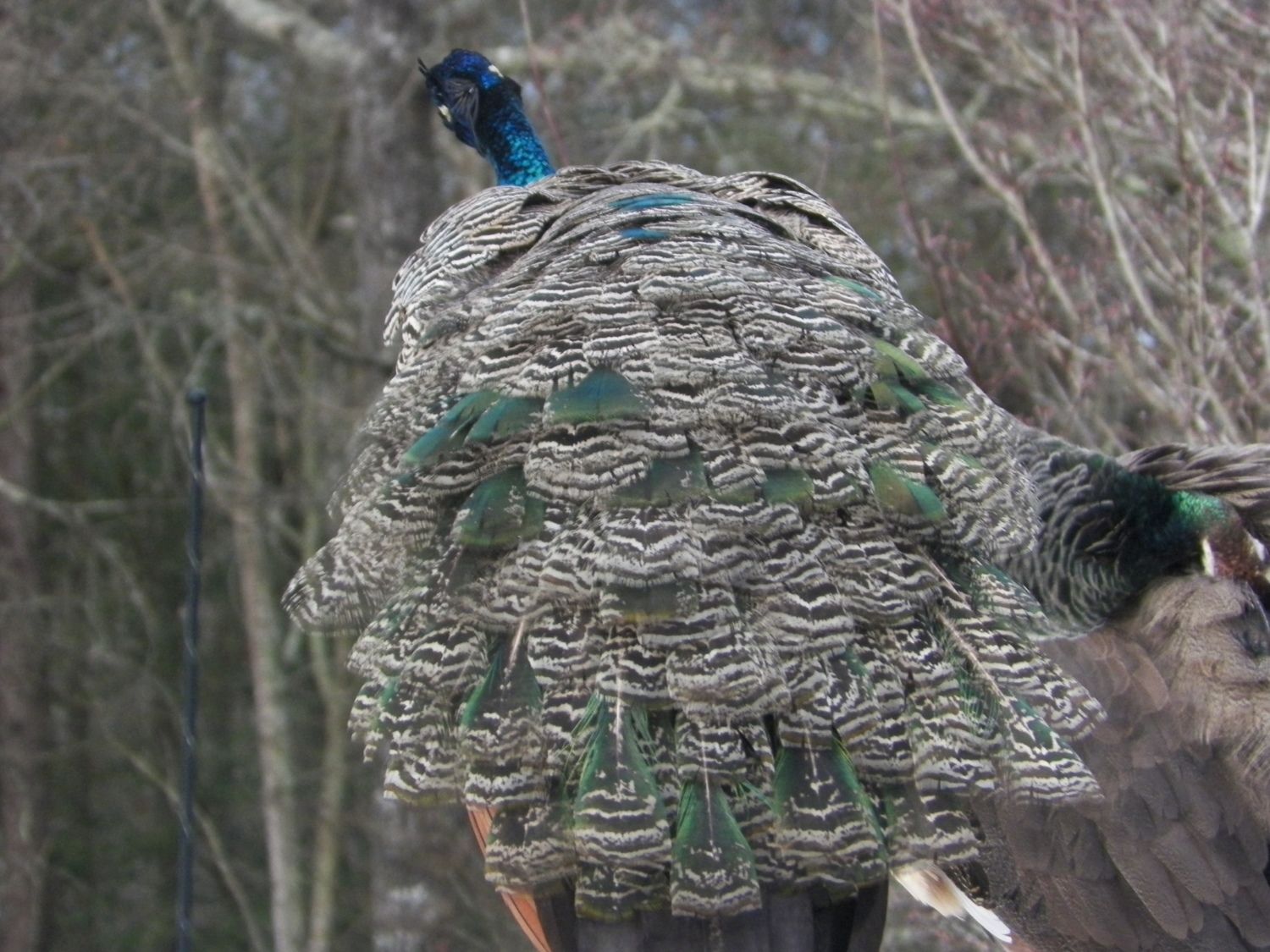 That is what an immature peacock's "train" looks like. There is no way he could have had a full train since he looks like he is two years old, or even one year old.

Lol, I guess I'm getting better, cause I was going to guess between one and two!

Under the age of 2 fo sure

Do Peas need to eat feed?

Respiratory infection, can they catch it again?