I'm really excited to get posting on here with everyone! I didn't realise so many people had chickens!

Here's a little background of my chicken back yard ..

We initially got our first 4 off a friend who was trying to find homes for a hidden batch of silkie-crosses that they discovered after the chicks had hatched—3 hens and one rooster. We had a disused cubby house, which my Dad turned into a coop and there was plenty of dirt, brambles, grass and weeds around so, really, it was perfect for chickens!

A week later we caught one of the 'hens' humping on of the (actual) hens. So we exchanged him for another silkie-cross and a full silkie (she was older, about 2 and a half years). 8 weeks later we discovered yet another one of the 'hens' was a rooster, so we had roast chicken for dinner. It was a shame because he was beautiful, big and shiny with metallic green chest and tail (although he was without a doubt the lowest of the pecking order).

We named the silkie Flossy. She is so cute, especially when she bumps into things because of her afro covering her eyes. This is her guarding our front door. Flossy now lives at my parents' house after repeatedly being pecked on the neck by the rooster when he couldn't mate with her (we think it was because he couldn't get a hold of her fine silkie feathers). They spoil her and she follows them around like a little dog

One of the hens, Maggie, went broody so I put 7 eggs under her. Now that the rooster only had one hen to mate with, I was desperately trying to find more females for him! We bought 3 pullets from Picton, only to have them all eaten by something— probably a fox—because they wouldn't go in the coop at night (my fault, I did a very poor job of introducing them). Then we found an egg farm selling ex-batteries for only $4! We bought four of those

They were quite scraggley but I'm glad to have brought them out into the world of dirt, grass and fresh air!

Our baby chicks hatched a week ago. The first one was 2 days early—I was so surprised! I had read about chicks hatching late but nothing about hatching early! The next day 3 more had hatched—1 day early! On the 21st day, the remaining 3 hatched. I am so proud of Maggie, it was her first batch and she was such a good mum that all of them hatched on time! They are now all living in a reptile enclosure in the house so I can be sure they are clean and safe. This is my first experience with baby chicks so I may be asking a lot of questions

Here they are, my seven little colours of the rainbow I hope you enjoyed reading about us! I look forward to sharing chicken stories with you all

Hey there Kandy, welcome to BYC from Kentucky. Congratulations, you have some beautiful baby chicks! 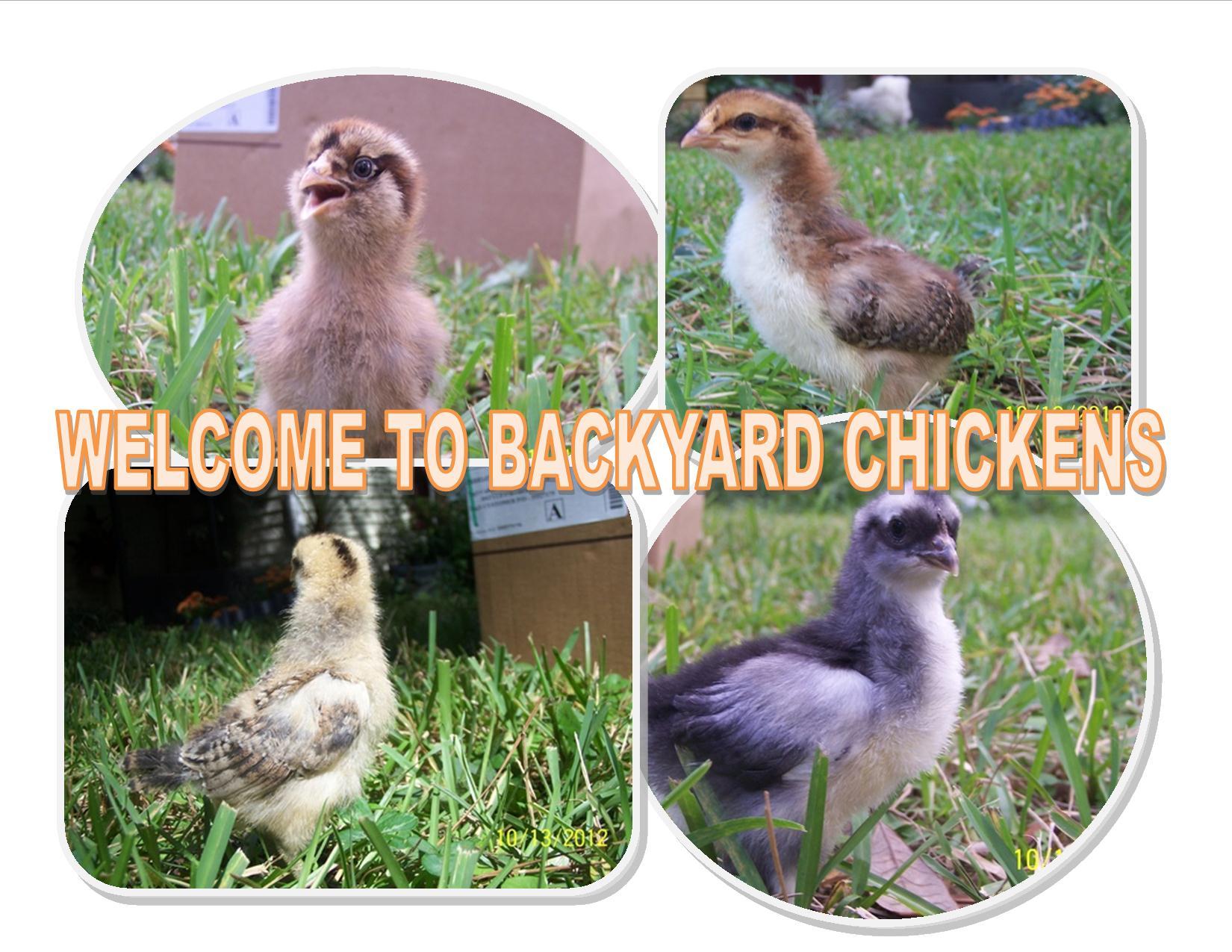 Welcome to BYC! I love the picture of Flossy guarding your front door--too cute!

from Ohio. So glad to have you aboard. Great intro. Cute pics.

There is a lot of great people and information here.