Hi,
So I've read many threads on here about keeping chicks of different ages in the same brooder, but I think I'm just nervous and want reassurance that our approach has worked for others and will work for us. Right now we have five chicks in our brooder. Three of them are three weeks old, two of them are one week old. They're all from the same hatchery so I'm not too concerned about biosecurity between the two groups. I build a hardware cloth divider to keep them separated until the littles ones were big enough to not to get trampled by their big sisters. I'm planning, in the next day or two, to remove the divider and to start letting them interact directly. All of these plans were made after reading through several posts and comments here on this forum from people who have kept different aged chicks in their brooder all at once. I felt confident about this approach as I was preparing for the arrival of the new little chicks, but now that they're here... they're still so little! The big girls are already sooo big! Will this really work? 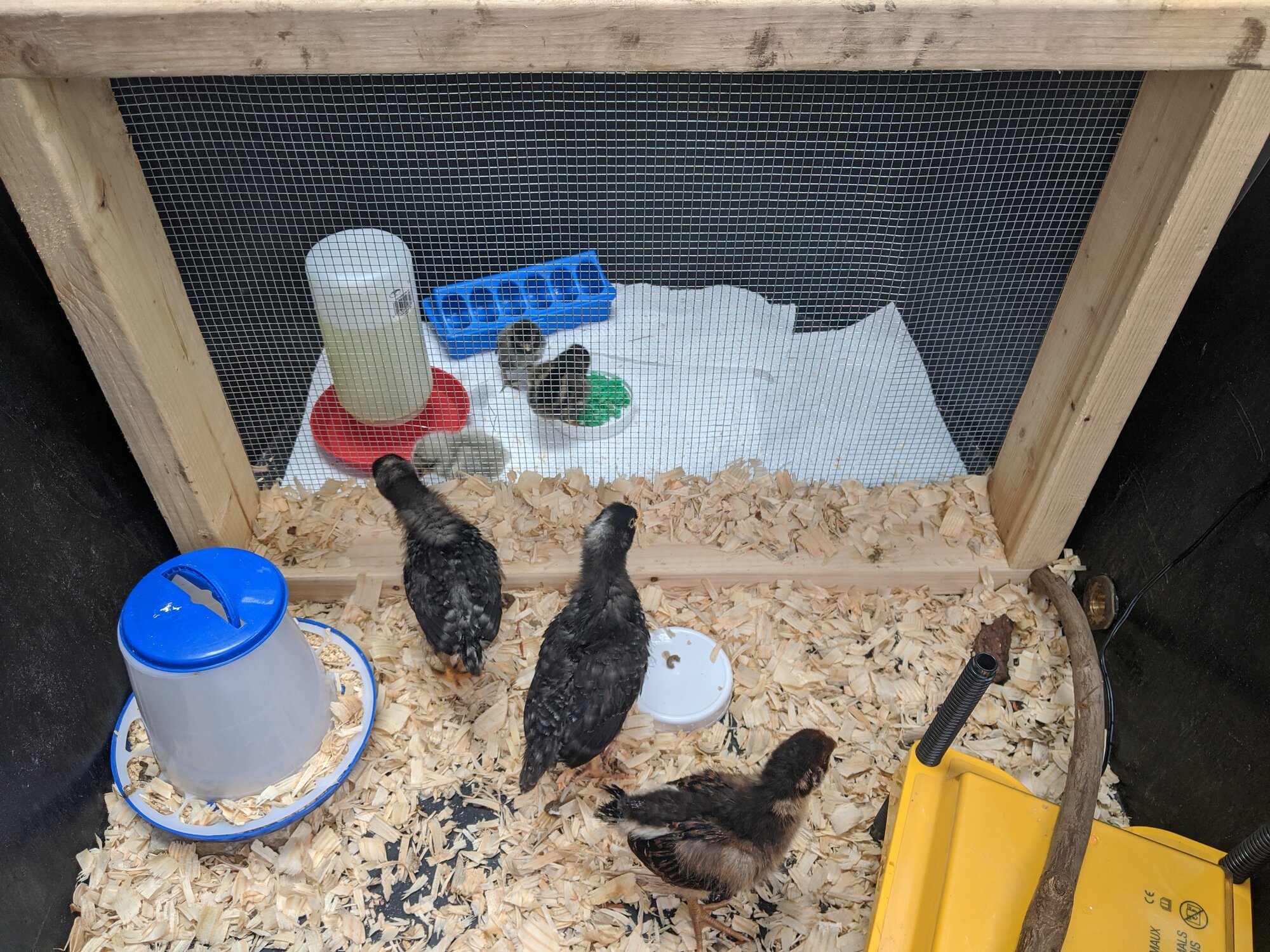 (photo from the day the new chicks arrived, which includes a third little chick who very sadly didn't make it)

It's a good plan and you should expect good results. This is a good age to integrate. Keep in mind there may be some pecking but as long as they don't draw blood they'll work it out.

I have a very mixed bunch right now. Little over three week old lavender orpingtons, a two week old barnyard mix and two four day old babies. I hatched the orps first and kept five from the hatch, then broody hens eggs hatched and i had to remove one of the chicks so he is now the two week old in there. And four days ago i hatched another 42 eggs, sold all but two of them and have them in with the others.
Ive had no issues. A little peck very rarely on the littles but nothing other than that. They all snuggle together in a big chick pile, its cute! Pic is from when i had to do a brooder clean. They were only smooshed in this box for a few minutes 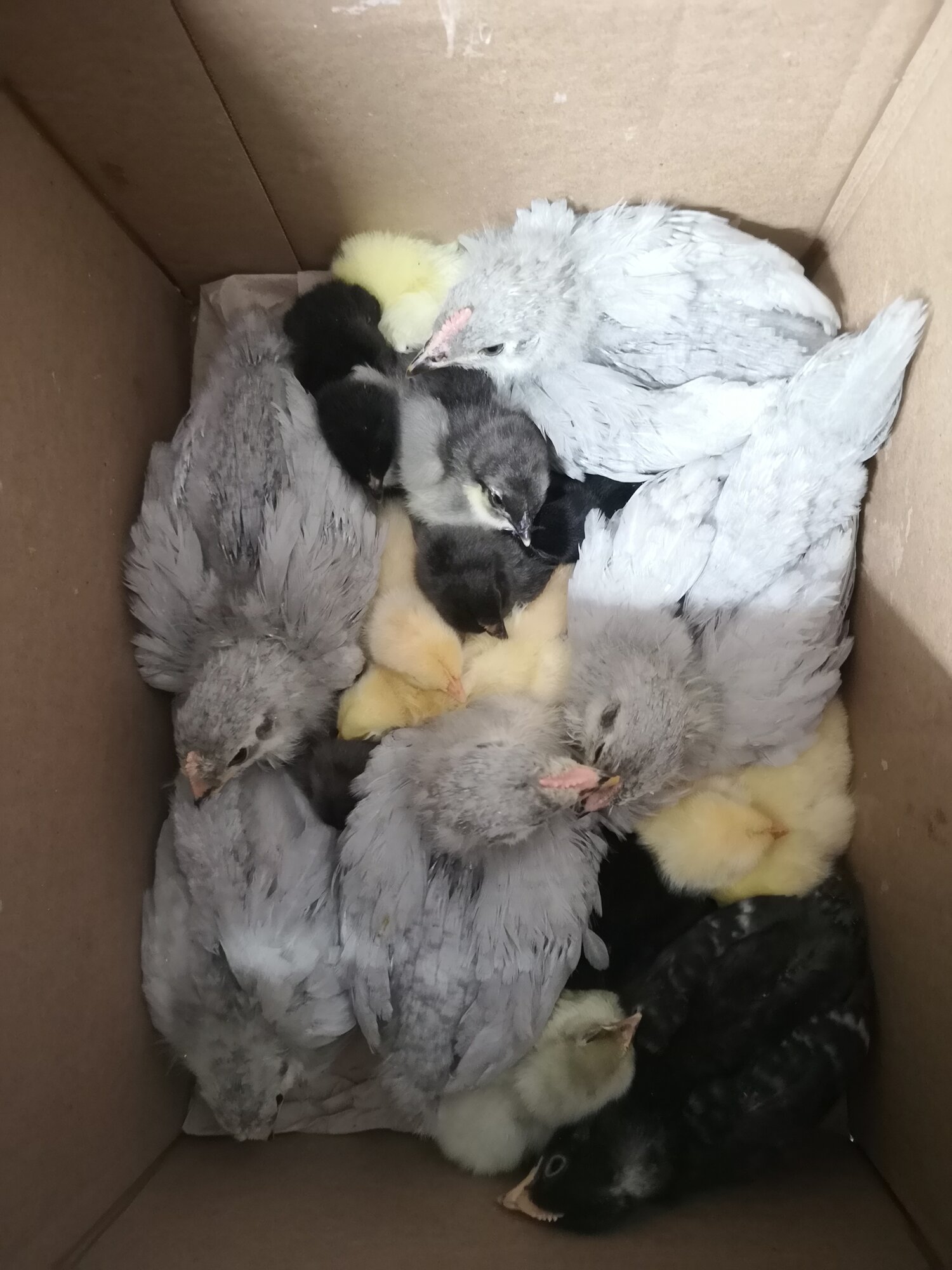