Most of my pets.

This is Em short for Emerald because in the sun her feathers have a shine of a green emerald.

This is GN (pronounced Jen) short for Golden Nugget. 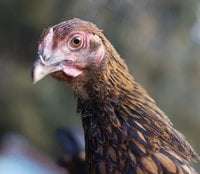 This is Blue I named her that because she has a beautiful blue earlobe.

This was Oreo I named her that because her neck was a lighter shade and the rest of her body was black so she looked like a big fluffy oreo but she got sick, very sick and the vet had advised that we put her down so we did the right thing. Rip Oreo 28/3/2018 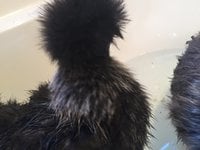 This is my toy poodle Pixie. She's my fave out of all my dogs. 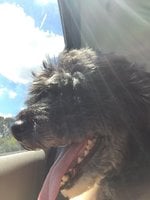 This is Frodo(Brown-girl) and Charlie(White-boy). Funny story when my mum and dad were still together my mum and my sister went shopping and we passed a pet store and my mum just randomly bought them...Without telling my dad. Lol. 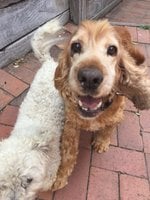 This my cat Mouki. He was found in a box with all his brothers and sisters and had severe cat flu so he lost an eye and most of his teeth. He's really mean as well. 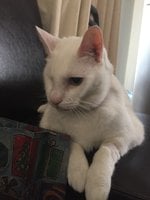 This is Kiki. She only likes one person from my family and hates the rest of us and she doesn't respond when you call her name so we just call her Cat.

This is Baby. You can probably tell she's a chihuahua. 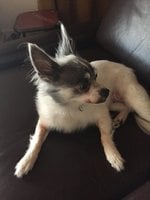 I also have a fish that has been alive for 3 years. He/She hates the world. Emo fish.

Also I accidentally pressed the post thread when I had just started so this is edited. Whoops.
Last edited: Mar 30, 2018

Your pets look happy and healthy!

Yes, they are very cute and very funny.

What kind of toys do potbelly pigs like? Also how should I introduce him to my dogs?