I know the pecking order topic has been discussed countless time. Still, opinions on my ladies case are greatly appreciated.

The story:
I ended up with a little chick (two days old) that turned out to be an american game rooster. Here cock fighting is a common thing, so I refuse that this guy ended up stolen (like his dad). Chances of that happening are really high. So I brought him to the city with me.

As he got bigger, he started to sing and he was so bored that he sang all day long. Even though here is legal to have a rooster in the city (for the cock fighting purpose), I was going to get in trouble with the neighbours for the excessive singing, so I brought home a hen (adult). A red sex link (adorable and docile). Obviously, it was too much for her, so after 9 months I brought home another hen (also adult, she can be near me but screams if I grab her. She was about to be someone's dinner), she is a beautiful mixed breed from who knows what.

He is ok with her. He pecked her a couple of times, dance a lot around her and that's pretty much it. The red sex link in the other hand, hates her. I know the pecking order has to be stablished but the poor new lady can't get near wherever the crazy lady is. If she approaches less than 3 meters, the crazy lady attacks her (he doesn't get in the fight). Always, no matter what, when, where or how. The new one knows exactly where her place is, at the bottom.

When she arrived I divided the run so they can see each other but couldn't fight and the very first night at the run (she was in quarantine far away), new lady refused to sleep alone, she jumped to the top of the "fence" through a space that is smaller than her (was really impressive) and got into the coop. It was almost completely dark so I let her be (no fights that night).

Next morning she woke up first, I put her in her side of the run, she tried to get out again so, again, I let her be. Bad idea apparently.

Details:
My questions are, how long usually this intense pecking/chasing thing last?
Will they ever get along?
Should I separate her again?
What else can I do to make this process a little less traumatic for her?

Here is a video of one attack: 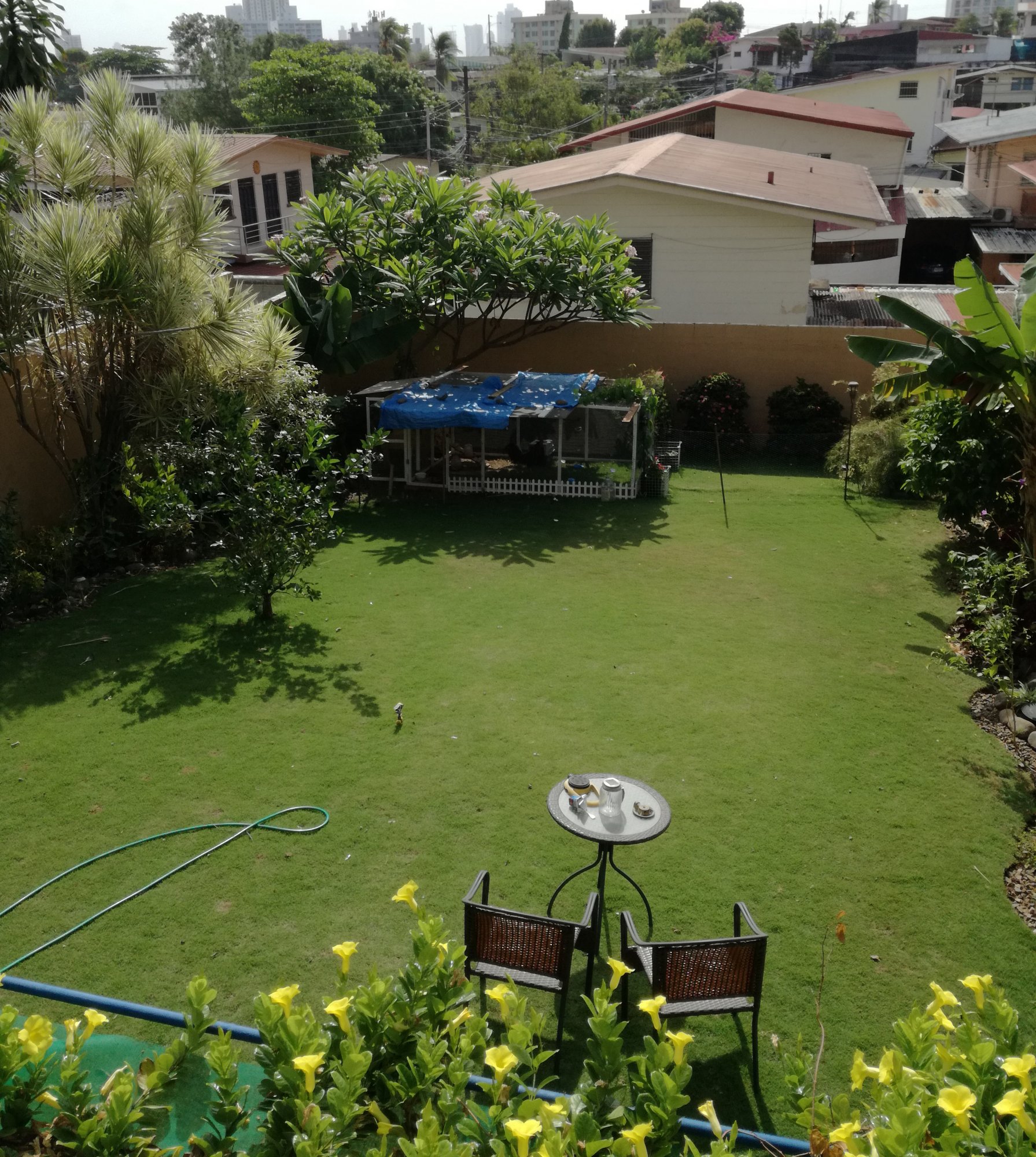 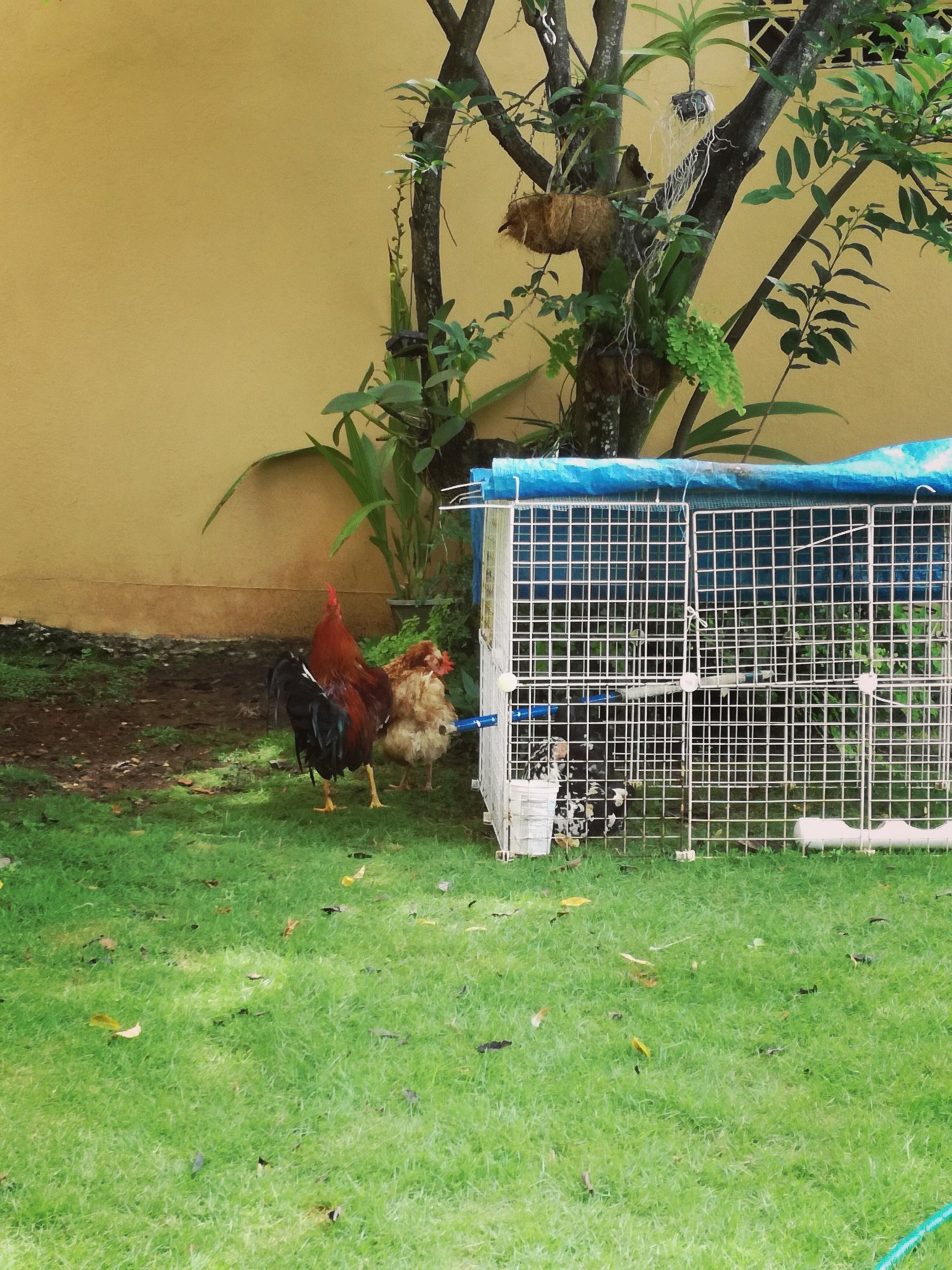 Any advice, comment, opinion, everything is more than welcome.

the pecking order is a permanent fixture of a chickens' life. But the order is fluid. The hen who is down today may be the top dog once she matures or her adversary falls on hard times.

So the second lady will always have to stay away? =(

The roo and the first lady are together all time, if the roo gets too far away, she calls him. When she is in the nest, he waits for her just outside the nest and completely quiet. When she is eating (which can last a long time), he lies down and wait until she finishes to go and explore the yard.

I was hoping to see those three together all the time. Just like the first lady and the roo are. Ok, not so much, but at least not 5m apart.

The answer to your first question:
Remember that I said that the pecking order is fluid and not set in stone.

Also when I see a rejected hen in a small flock like yours I suspect that the excluded hen bears the greater part of the blame. For one reason or another she (the 2nd hen) may be to hard headed (or game) to surrender to the higher ranking hen. I have seen many hens who were rejected by their brood cock and in every case the rooster refused to protect his lower ranking hen. Was this a result of the rooster neglecting his duties or did the alpha hen and rooster see a personal defect in the character of the lower ranking hen? Often I have observed a reluctance in the lower ranking hen to allow the rooster to tread.

Thanks for all your answers!

Things are settling down now. The roo is starting to hang out more with the new one. The alpha hen still doesn't want her too close.

But now that I'm looking more carefully, as you suggested, the new one is hard headed, she doesn't surrender completely to the alpha. She runs away at the first glance of chase, she approaches really carefully but at the first opportunity she steal food, go first when the roo finds food, goes first into the coop (not anymore). Etc...

This has became something very interesting!

A
Hen fighting with rooster