I have 3 chamois polish and 1 ayam cemani that are currently nearly 6 weeks old. In just over a week two of the polish are going to my mother in laws yard to live but ideally I'm looking to send any males to her and keep any pullets as shes set up for cockerels bit better than me being in a non residential area.
Swapping at a later date could be a possibility but I'd rather maintain the coop dynamics and try and determine gender now.
Any help massively appreciated!

1st pic :Bellatrix - Ayam Cemani (I'm 40% pullet 60%cockerel)???
2nd pic: Beyonce - Chamois Polish. At first I thought cockerel but now I havent a clue. Has same colours as its Dad. Sometimes chest bumps with the ayam cemani.
3rd pic : Pheobe - Chamois Polish. I'm leaning towards pullet. This one is the most chilled in temperament.
4th pic : Lilith - Chamois Polish. I've thought this little one was a cockerel from very early on. It's got much more of a mohawk on its head than others. Same colour as its dad. 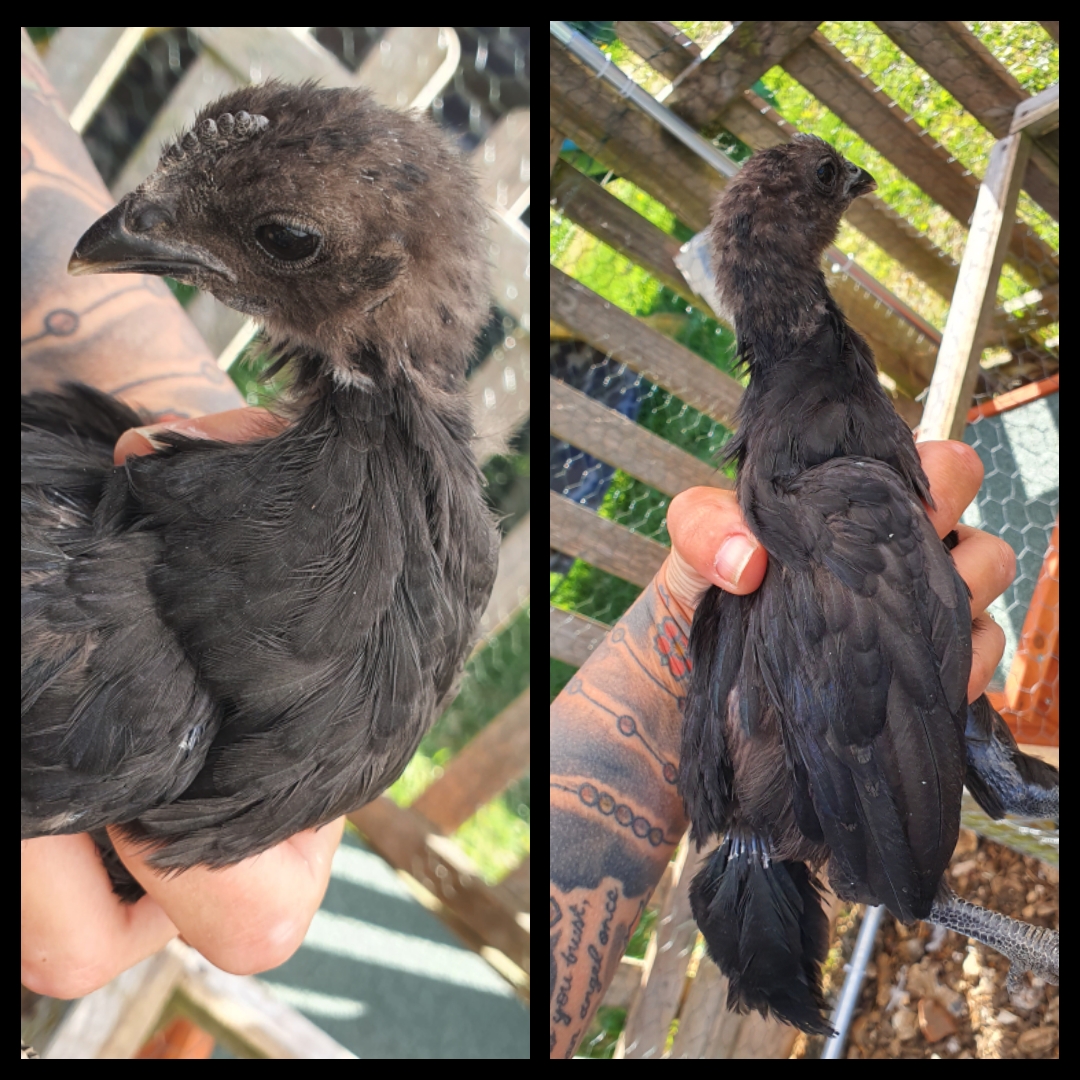 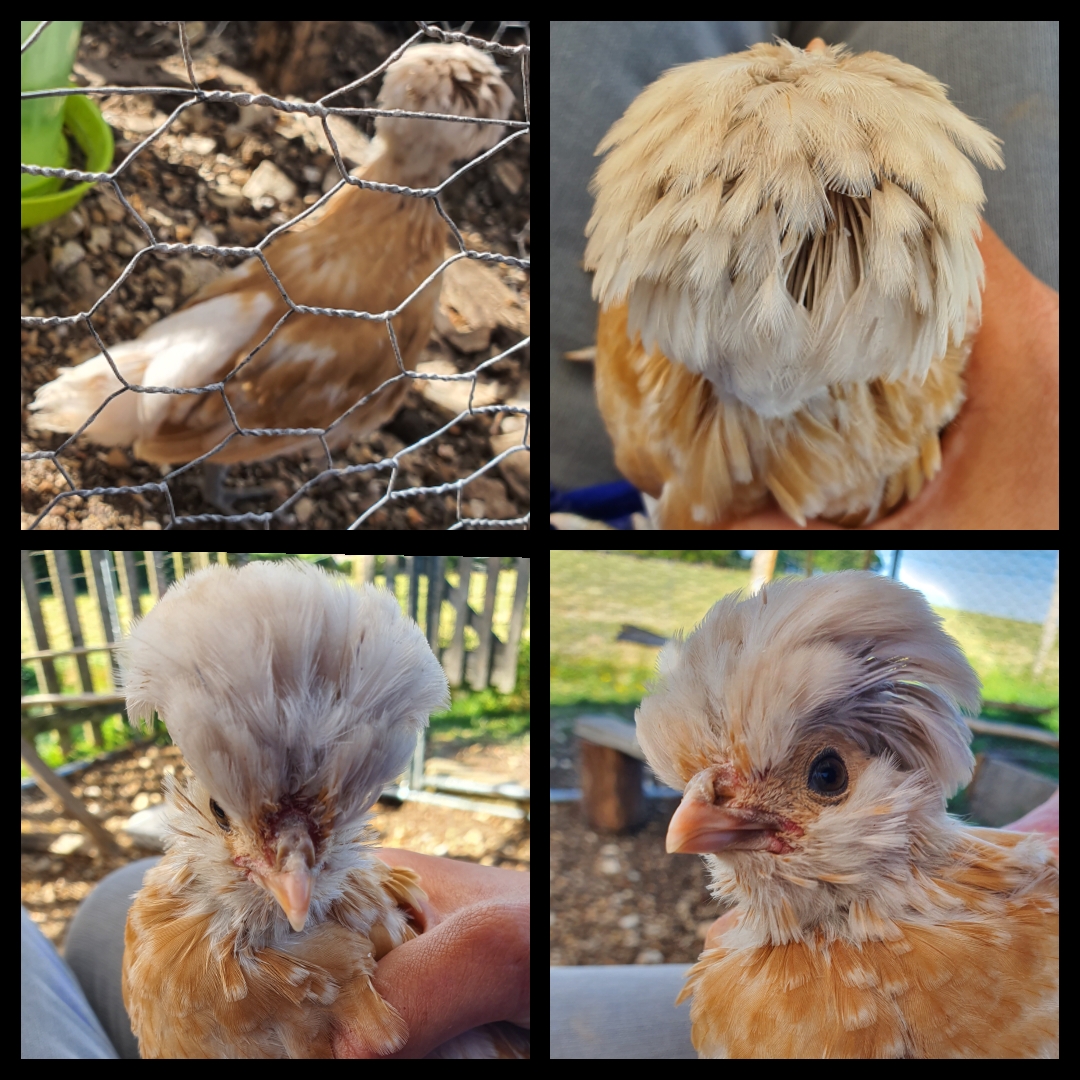 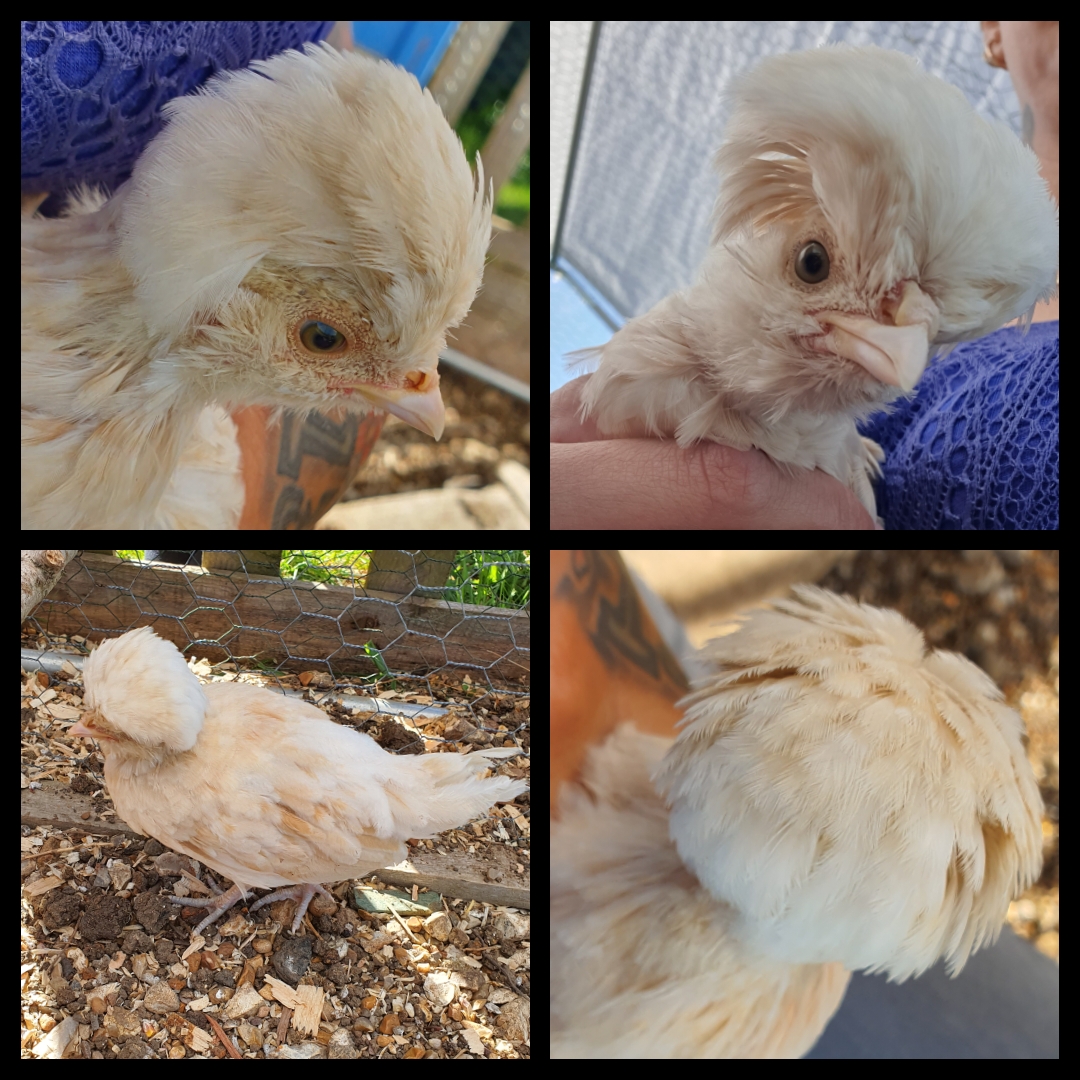 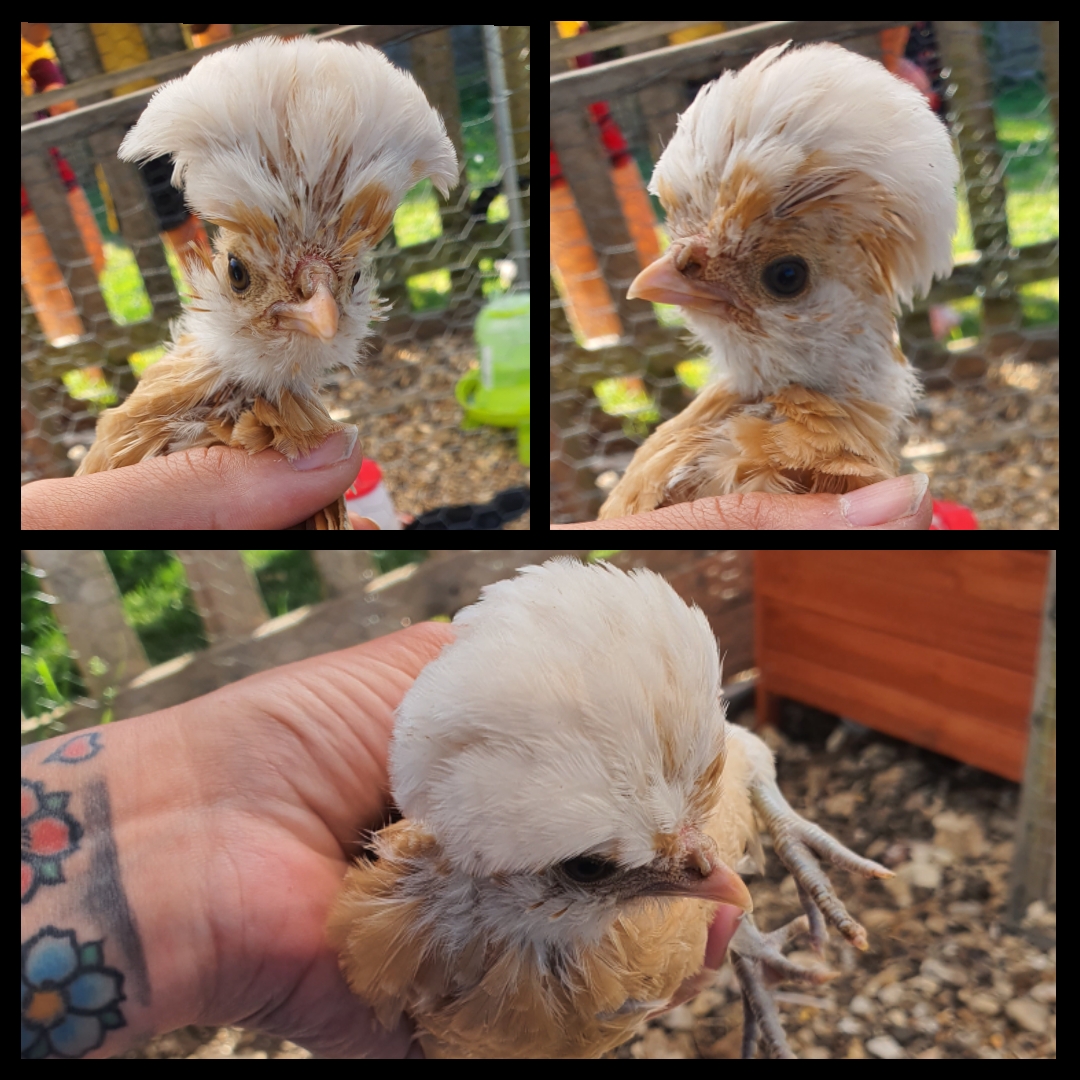 Do you think the 3rd polish looks like a cockerel?

No. Polish cockerels tend to have messy feathers on top, not a nice neat poop. Plus I dont see much comb development.

Oh sorry, my mind only registered 2 polish. I see 3 now but all still look like pullets.
L

Thank you! I was hoping for at least one pullet. X

Honestly, first I've seen of its kind and it's happening rather steadily in my newborn polish chicks.. please help!