We built our coop on grass, thinking we would move it - even put it on wheels. Well, we ended up expanding the run and it's not quite as movable now.

Anyways, the grass will eventually be gone and it'll be sitting on dirt. The 'inside' part of the coop is up above the ground, and I've got a pull out board with pine shavings for the floor. For the run, would the 'deep litter' method with pine shavings be the best 'flooring' or should I go with just plain dirt and frequent raking and/or sand? It's going to get quite poopy quickly!

We live in upstate NY, so snow will be an issue eventually - my thought is to tarp the open area but haven't decided on that yet. We may make a 'winter quarters' out of the barn as a backup.

this is our rudimentary coop made out of a kiddie treehouse, which some of you may have seen before: 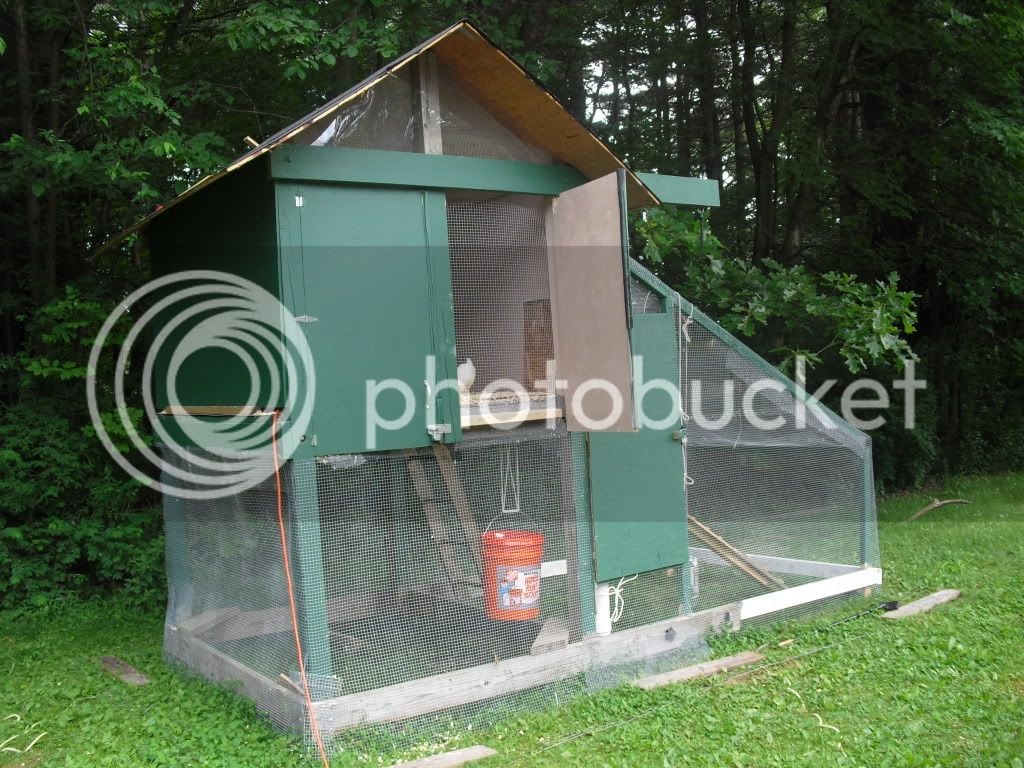 (the nesting boxes will be on the left side, outside mount.. when I can figure out how

- obviously from the pic showing one lone chicken, they are still too young for that).
Last edited: Jun 9, 2010

I would just leave it alone. When it's dirt, no big deal. It it gets muddy or nasty at any point, then you can add sand or large wood chips/bark to keep it clean.

If you decide to leave it in one place, you might want to think about sand as a base for the run, after the grass is gone. You can use one of those little rake and pan combos that they sell to clean up dog poop. The smaller size and shorter handles might work better for you in that space. That will keep it cleaner. Sand will also help you deal with runoff from melting snow in the spring and the spring rains.

We tarped one of our wire-topped runs for the winter, to keep out the snow. Physically, I was no longer up to shoveling the run in the morning, just so the chickens could get out of the coop. You just need to make sure it can support the weight of the snow or go out and clear the snow off. Some people even cover some of the sides in the winter.

Deep litter in a run turn to compost?
2