Retrofitting a Dog House for a Coop

When I moved into my house three years ago, it came equipped with a fenced in yard, a large dog run, and 3 city lots of empty land that I had determined into making an enormous garden. We moved in mid-summer, a little bit after July 4th, and so it wasn't until the next year and my first spring that I was really hit with the want of owning chickens.

I really enjoy eggs. And I mean I really enjoy eggs. The problem was that I didn't enjoy buying eggs from places where I didn't know how the hens were being treated and not knowing what was going into the chickens that produced all those eggs. I remember my mother telling me that she had raised chickens when she was young, and her neighbors have owned chickens before, how hard can it be? (Haha..)

Out of all the research since then, the biggest and foremost thing that needs done is the building of the coop. That was when I remembered the dog house that came with the house when we bought it. The owner previous to us had owned several dogs and had built their own "dog house", being in quotes because it is enormous and the best description would be more like dog mansion. I, also having dogs, was thrilled having seen this but mine, unfortunately, never freaking used it. Good thing for the chickens, I suppose.

The rough space of the "coop" is 8' x 8', and I say rough because there was a little bit of architecture going on. See the photos below for the actual dimensions. But, the takeaway question here, is how many hens can I fit in a coop this size, do you think? I would like to give them 2-3 square feet of space per bird inside the coop, and then per bird I can figure out how big I should make the run, which I would like to be 10 square feet per bird.

I will keep posting as I keep working on this project, so see you next time! 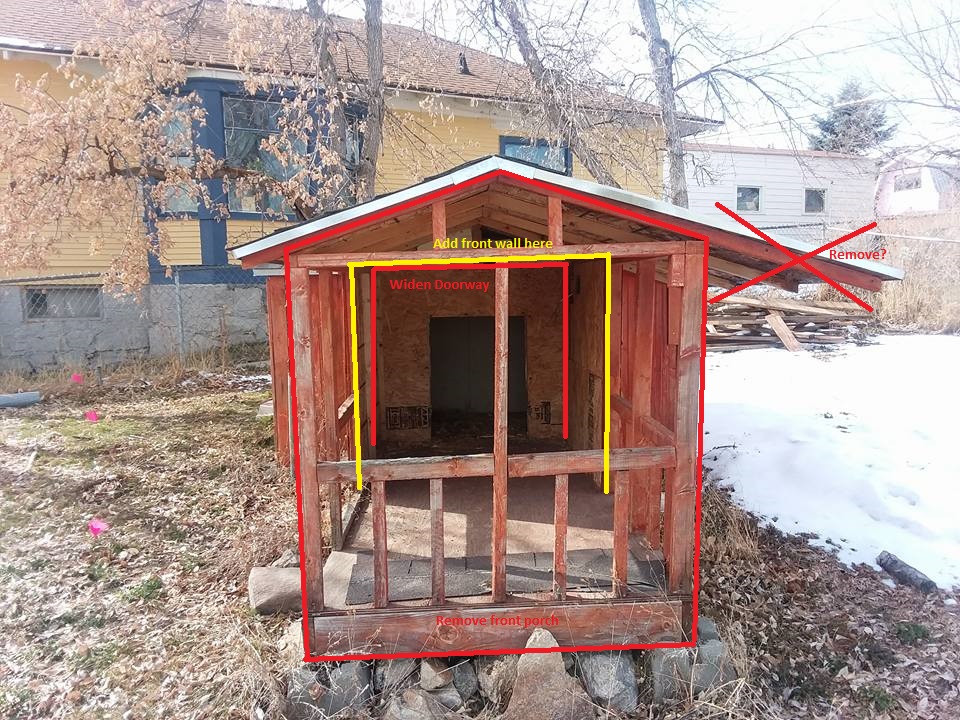 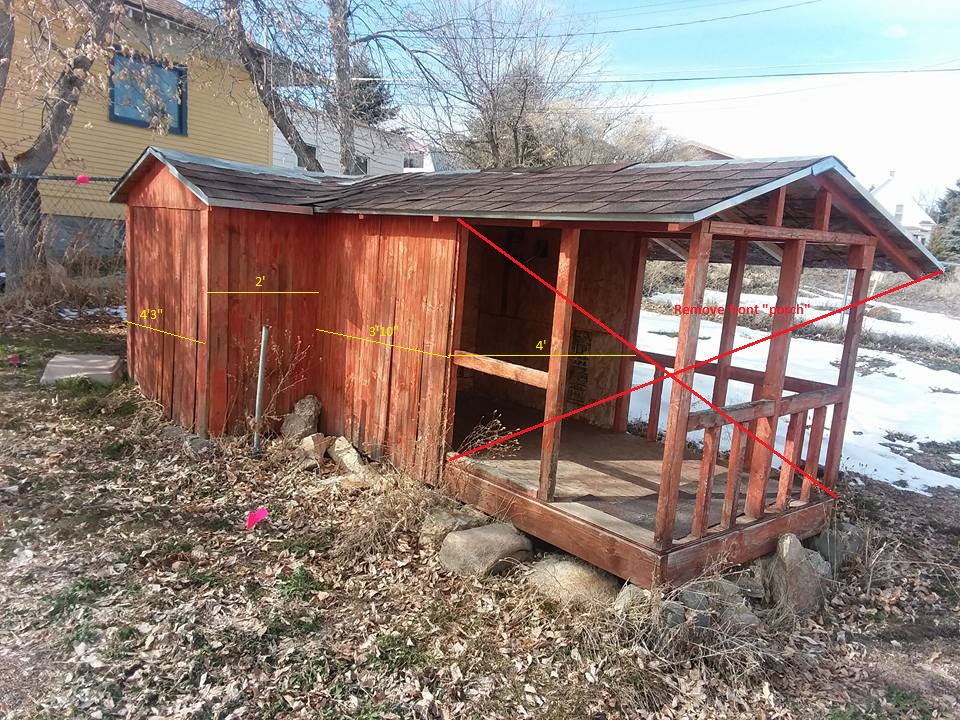 Welcome! It's a good start for your coop, great to have it!
You actually want AT LEAST four to five sq. ft. per bird in the coop, and more is better. Crowding causes problems, never good. There will be times, especially in snow country, when everyone will be in under a roof, so plan for that. Don't remove that 'front porch, enclose it in hardware cloth! Anything under a roof is worth keeping., and using as coop. Do something about the area under it, where varmits will want to live.
Mary

Very nice start. I especially like the subfloor. Can't get much more predator proof than that.

I would leave the porch and overhang and cover the porch with 1" x 1" welded wire fencing or 1/2" hardware cloth. Makes a good place to hangout when raining etc.

I would make that whole thing a coop...and the overhang on the right part of the run.
I see snow...you're going to want more than 4sqft per bird in coop, unless you're going to build a roofed and wind/snow proof run.

What are square foot the calculations again? I have to build a run, which I don't like.
2