Should I trim my chicks crest?

Greetings, I have an 8 week old chick that has a big crest, and I was wondering if I should trim it? I mean, it looks beautiful but the chick is less active than others, often sleeps outdoors alone (I think it can't see its way back home), often doesn't find water or feed unless others are calling it and is easily startled. I can't see it's eyes when normally looking at it but if I place a camera on the ground and take a pic then the eyes are quite visible. Is it hard to tell if it's blocking the chicks vision or it is just less active or something? 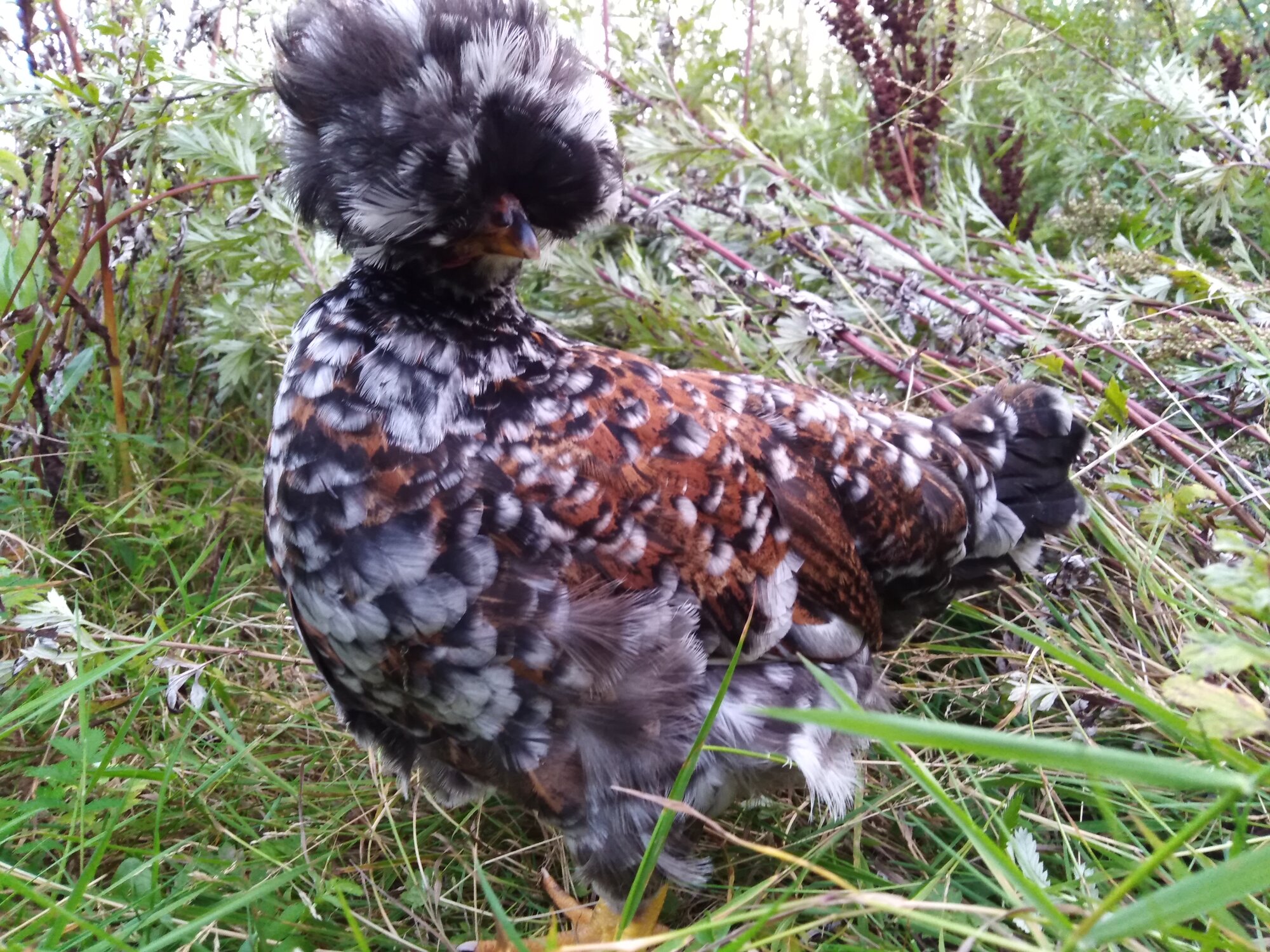 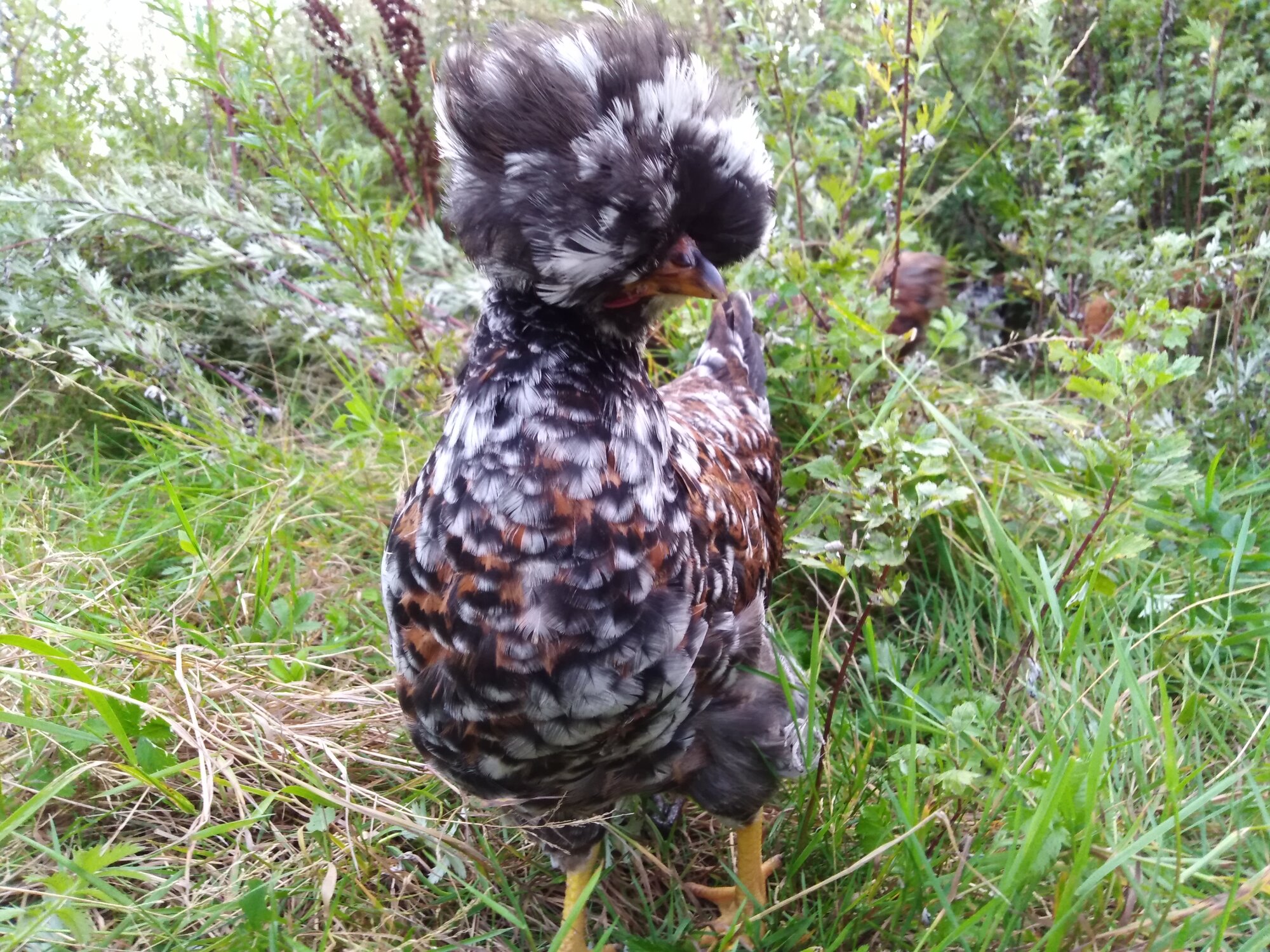 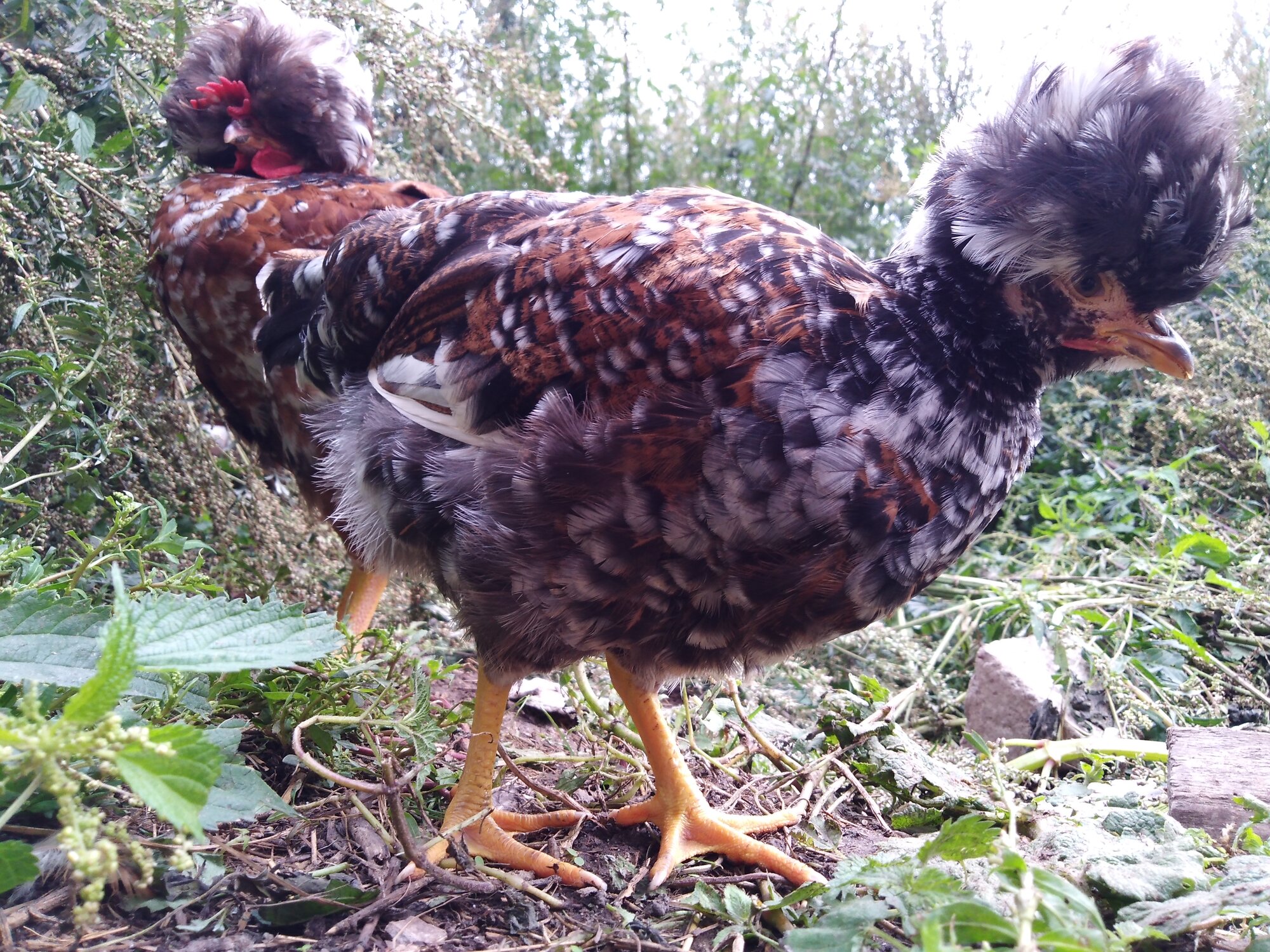 I've not had any crested chickens but some Easter eggers I have had sported muffs that obstructed their vision. Never getting the treats, always seeming a little lost. A trim did help them. Of course, if you are wanting to show them, trimming probably wouldn't be appropriate.

A large crest does effect chickens but as for how much depends on how big the crest is.

If you are free ranging I would advise at least trimming an arch shape around the eyes so that no feathers hang over or above the eyes. Created birds are more likely to be taken by predators as they have a hard time seeing the predators and getting away from them.

A large crest can also make a chicken more likely to be picked on by other non created birds but this doesn't always happen.

As for why they are lethargic, it could be many reasons but in this case, I think the crest is to blame here.

I have Silkies with huge crests and the ones I don't show, I clip their crests. However, the ones I do show and don't clip the crests are all a bunch of slow dumb acting fluffy balls...they are housed in a coop and run though.

Before clipping: pretty slow and startled easily, quite dumb acting.

The crest will grow back after a moult so it's not the end of the world if you want it to come back.

Some people also use a hair tie to tie the crest back rather than cutting it.

Once you give that crest a clip, you'll have a new chicken!

Crestless cream legbar and a crested sapphire gem? What do I really have?