Show Off Your Roosters! 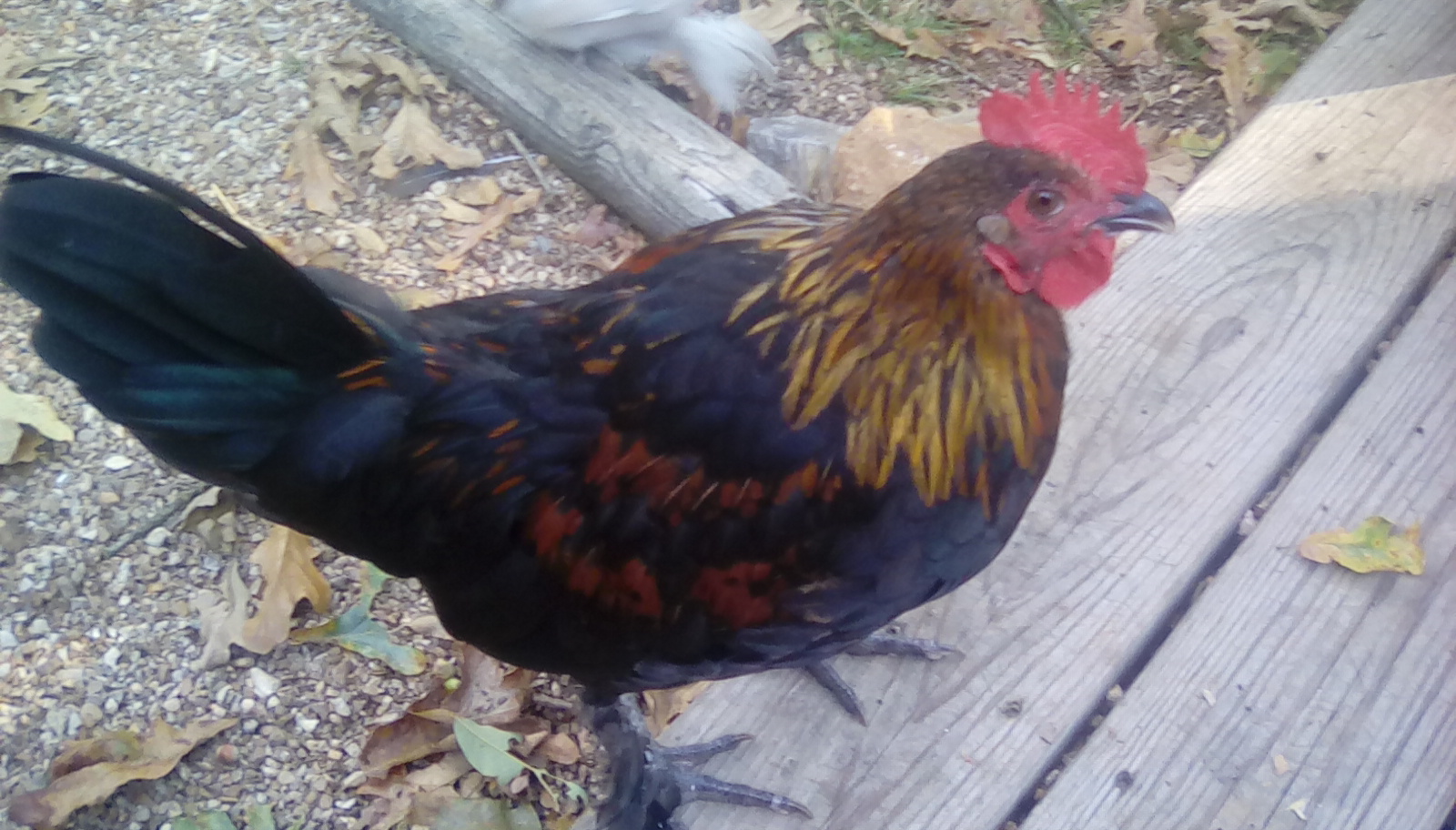 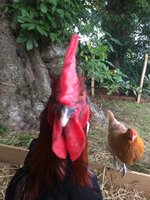 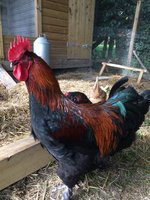 I've got two roosters right now, and two that have passed away.

This is JD! He is a year old, a Belgian d'Uccle mix. He's very sweet with his hens and not aggressive towards me. 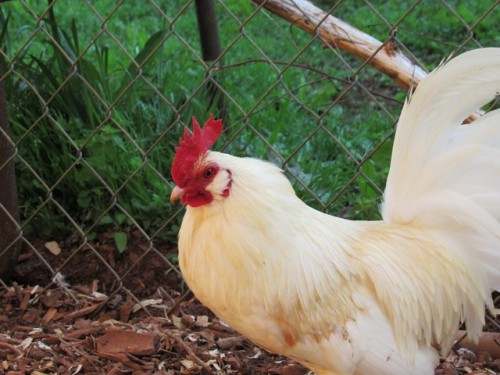 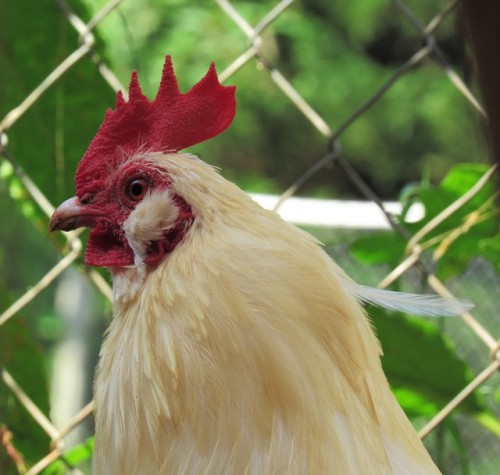 Alex is JD's father. He's three years old, and he is half d'Uccle and half booted bantam. He was living peacefully with JD and the hens until a few months ago, when Alex started attacking JD and one of the hens, so he now lives in a separate area, with a hen to keep him company. 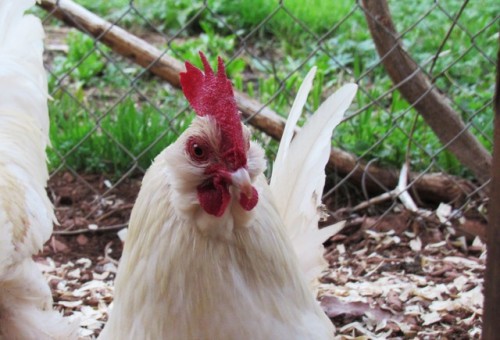 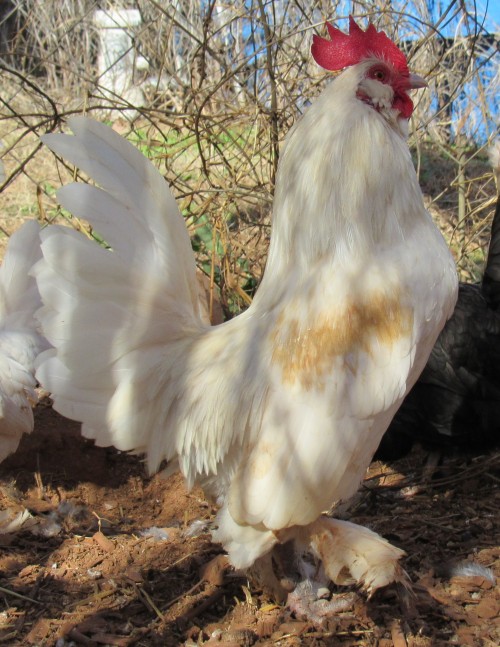 My first two roosters are both gone now, and they were total opposites, but I loved them dearly.

Dixon was Alex's father, a purebred booted bantam. He was a beautiful silvery-blue color that didn't show up too well in photos, and he was as sweet as could be. He never hurt anyone. He passed away from an unknown illness, and it was very quick. That was years ago and I still miss him. 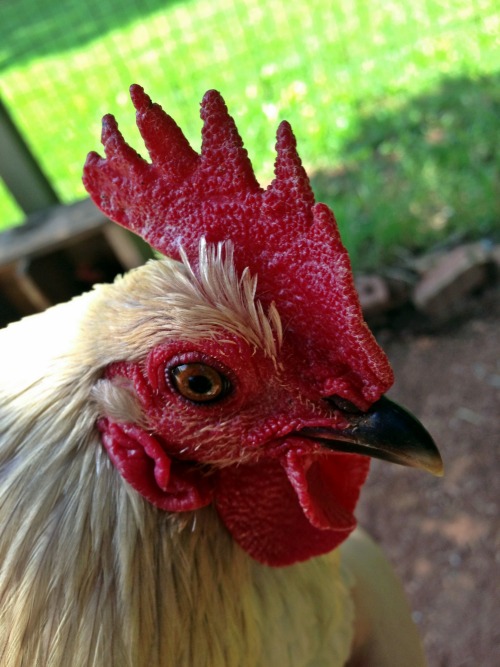 Georgia was killed just this month, along with two hens. Something broke into the pens and killed them. Georgia was the meanest animal I've ever known. He nearly killed his old bantam hens, so I had to get him some giant RIR mix hens so they'd be big enough to not get hurt by him. He attacked every person he ever met until his dying day, and I have scars from him. I don't know why, but I loved him. He was a Cochin bantam and he was five years old. 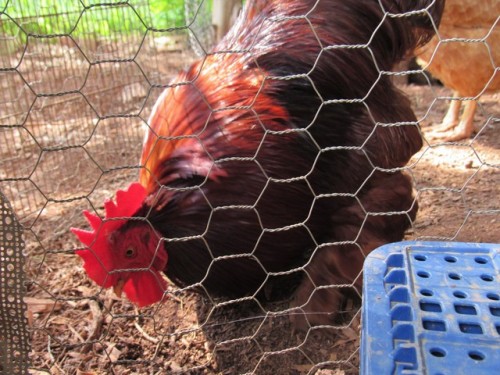 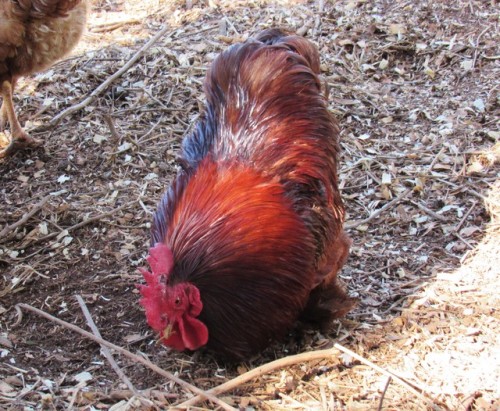 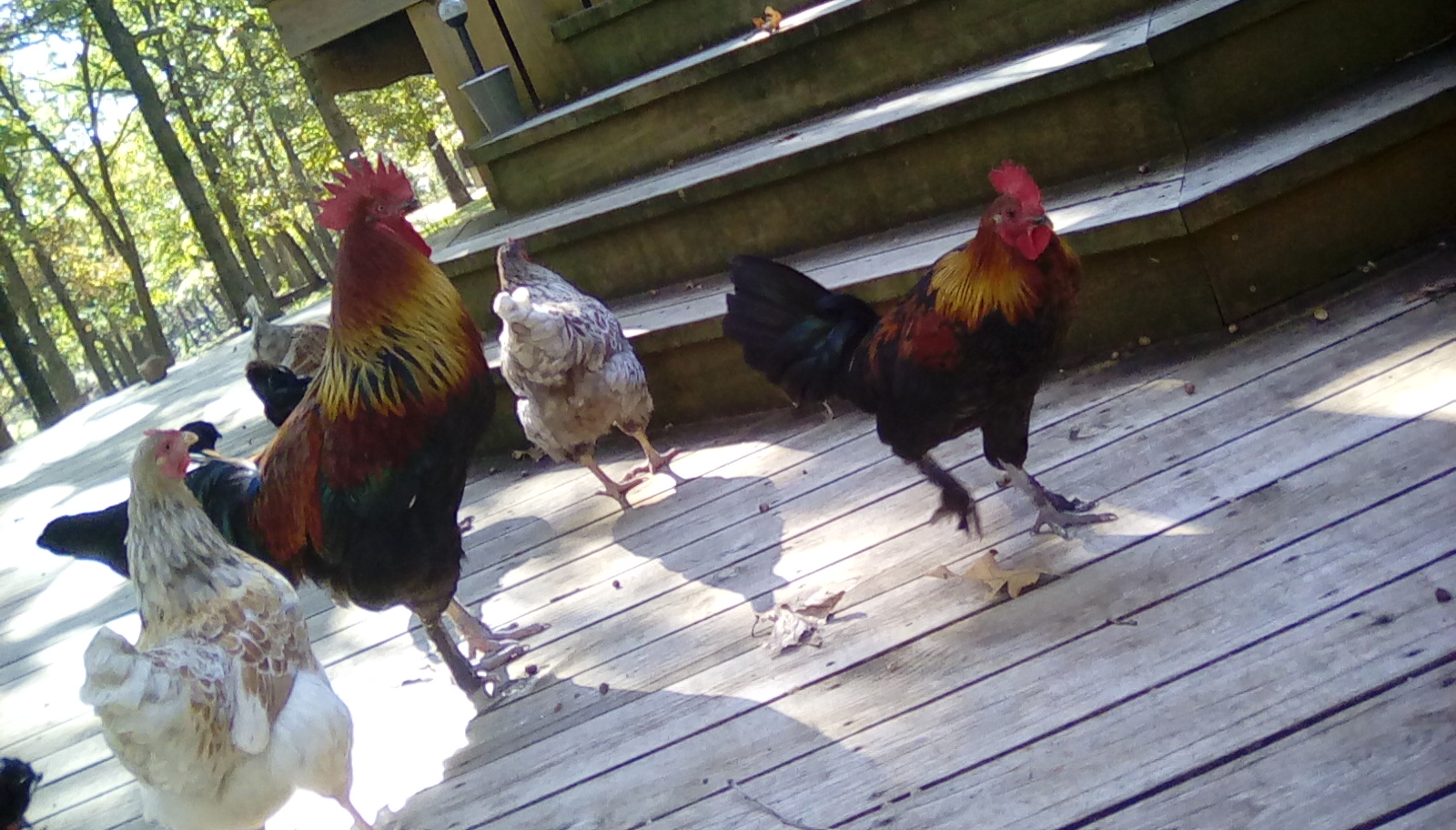 My two boys.
BeeBop and his Dad Pretty Boy Floyd.
BeeBop is a mini version of his Dad. A Bantham cross 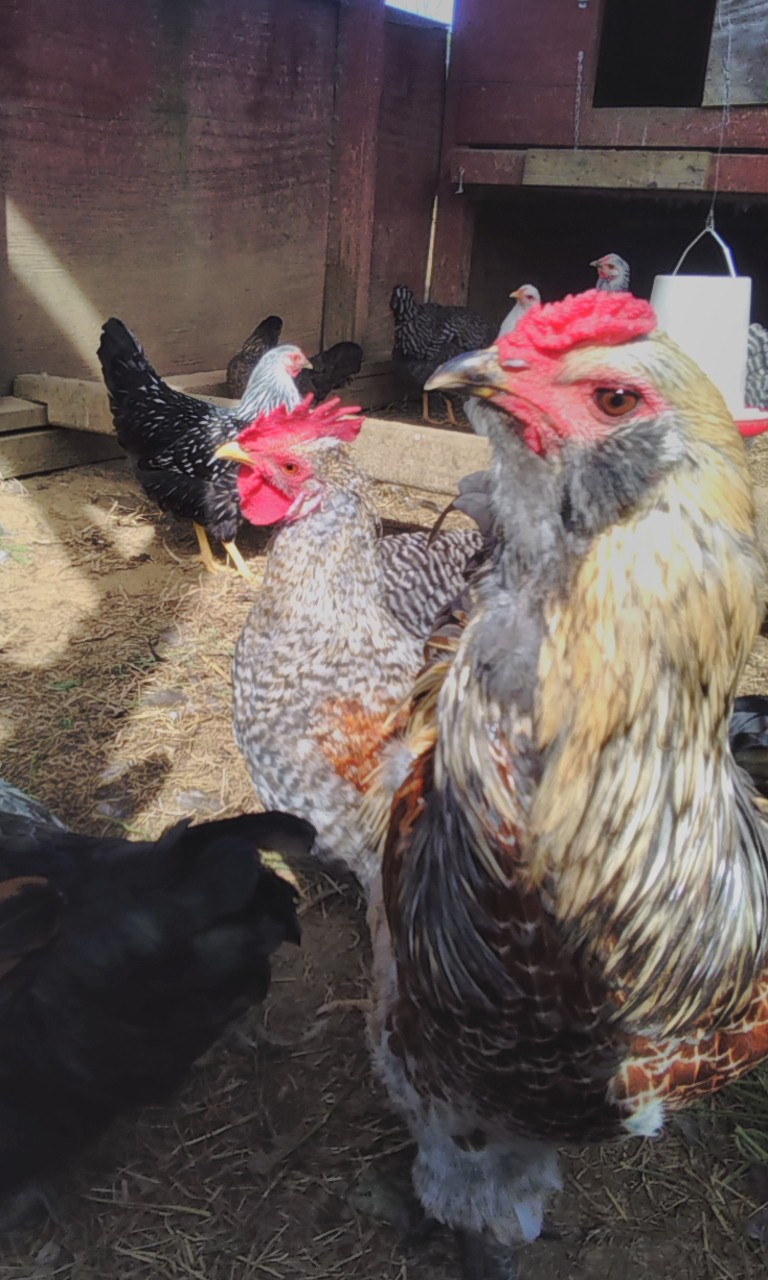 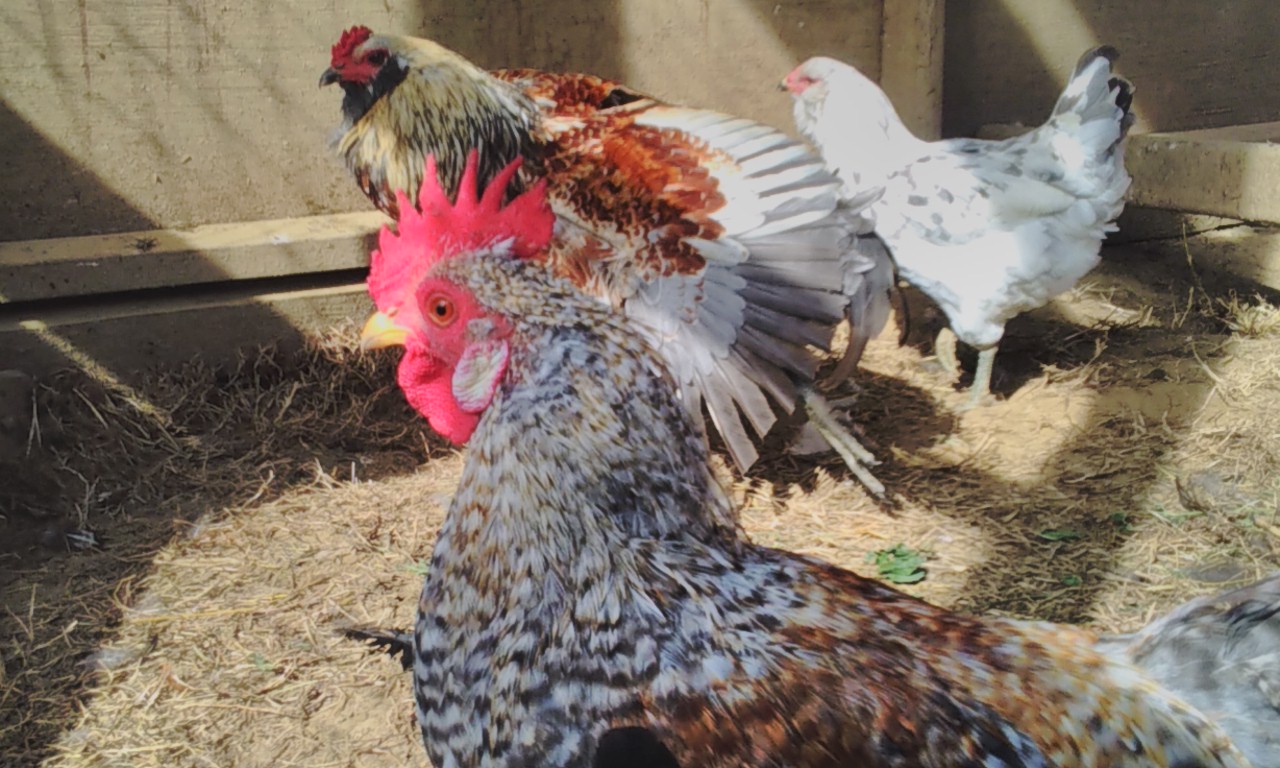 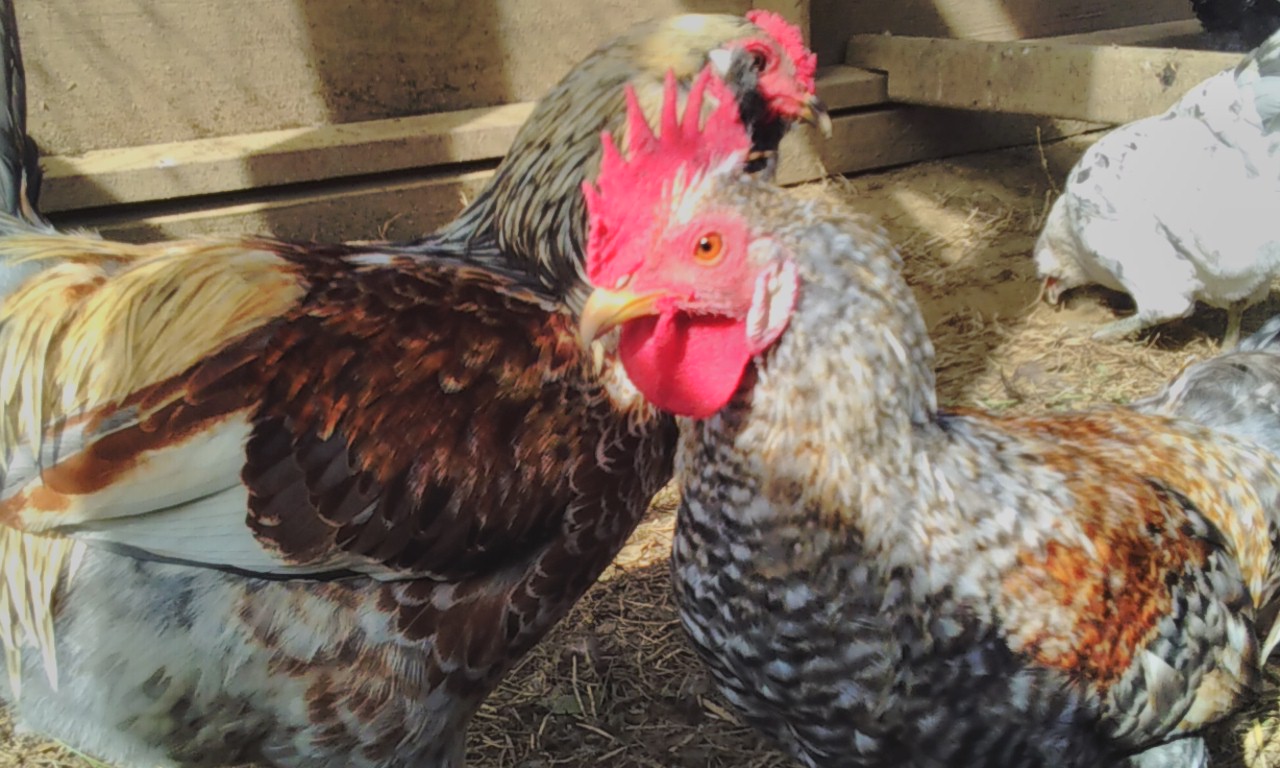 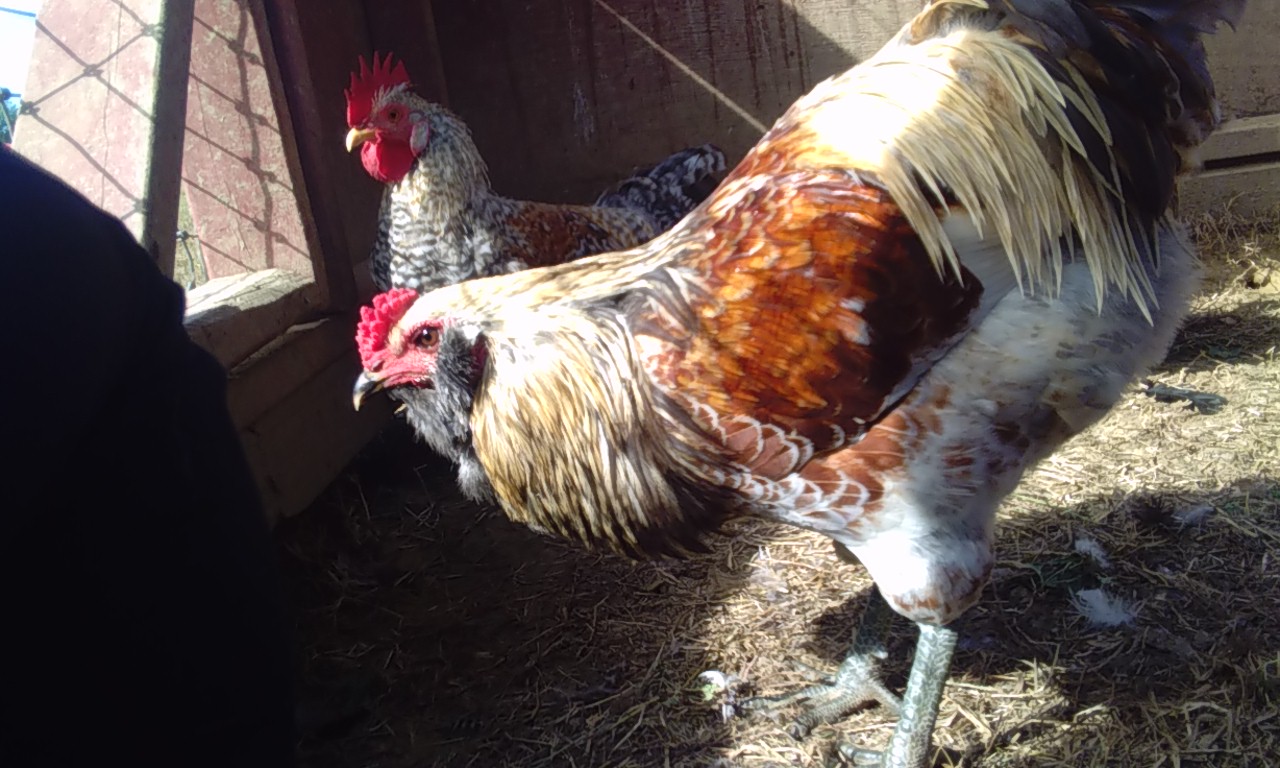 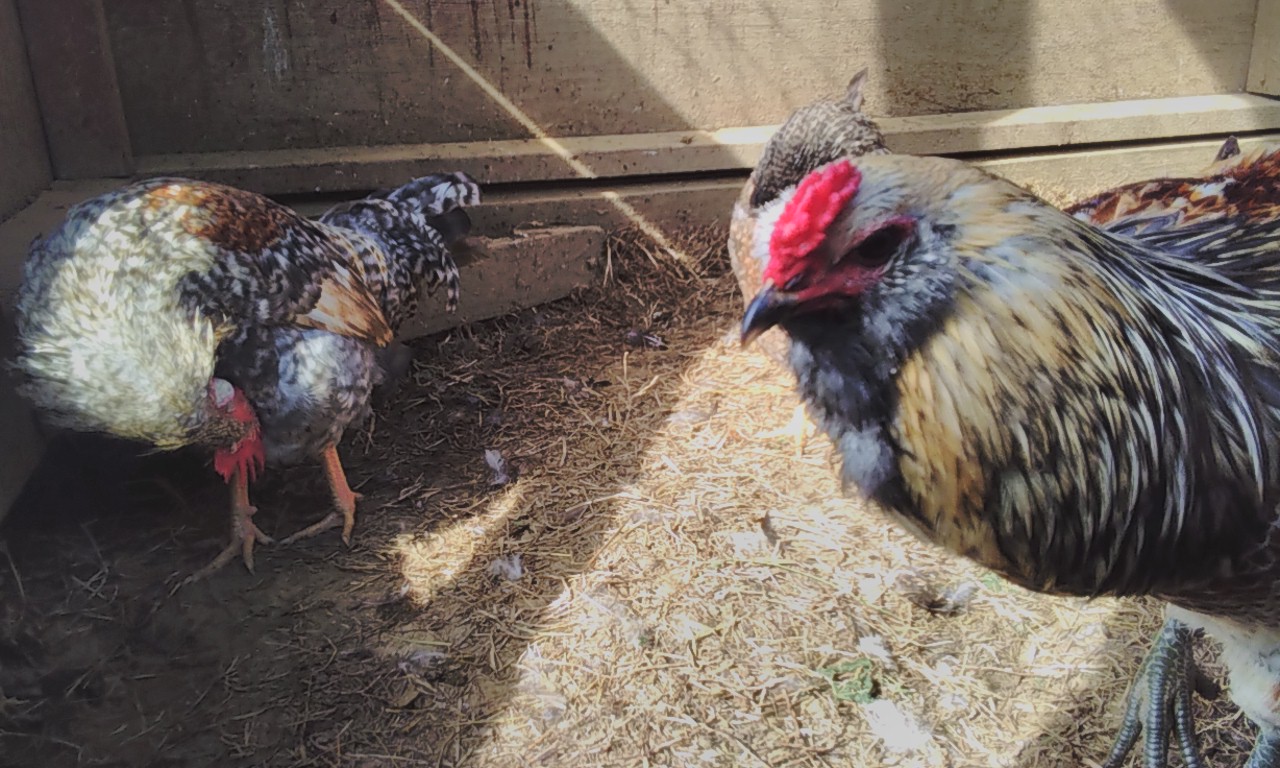 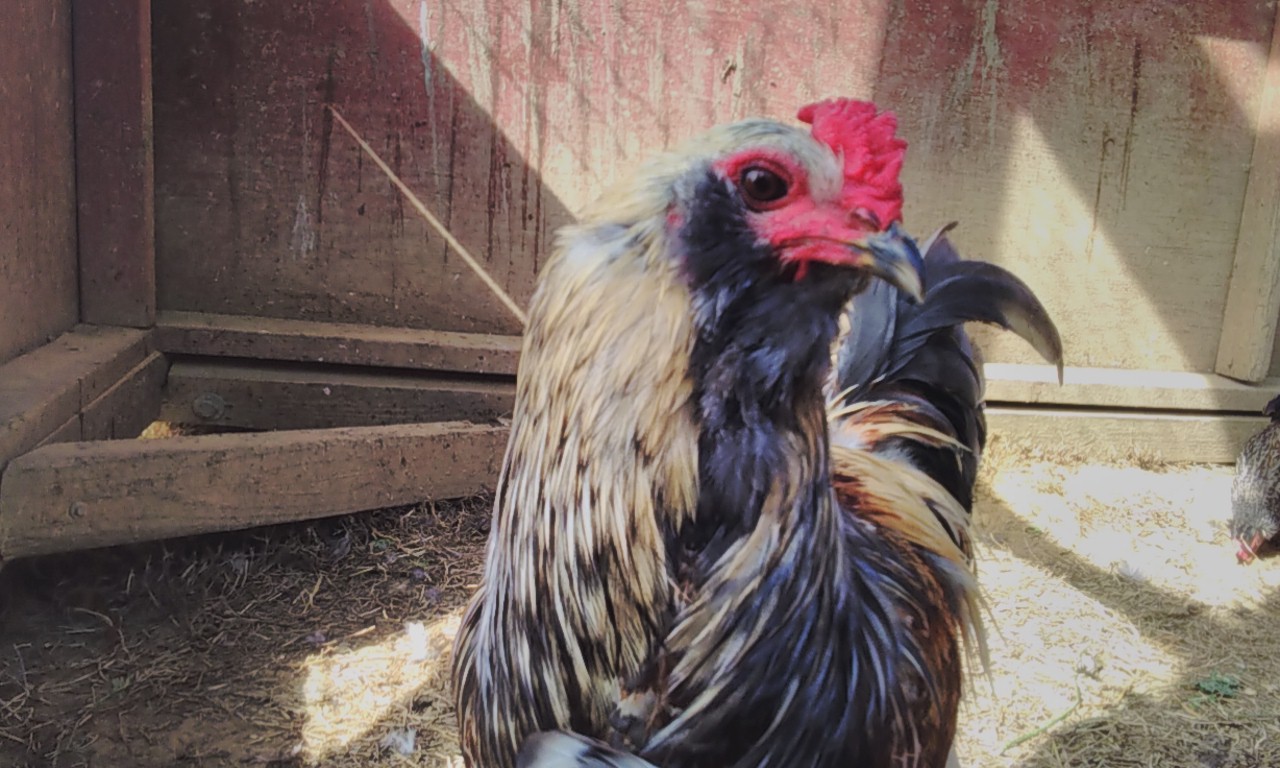 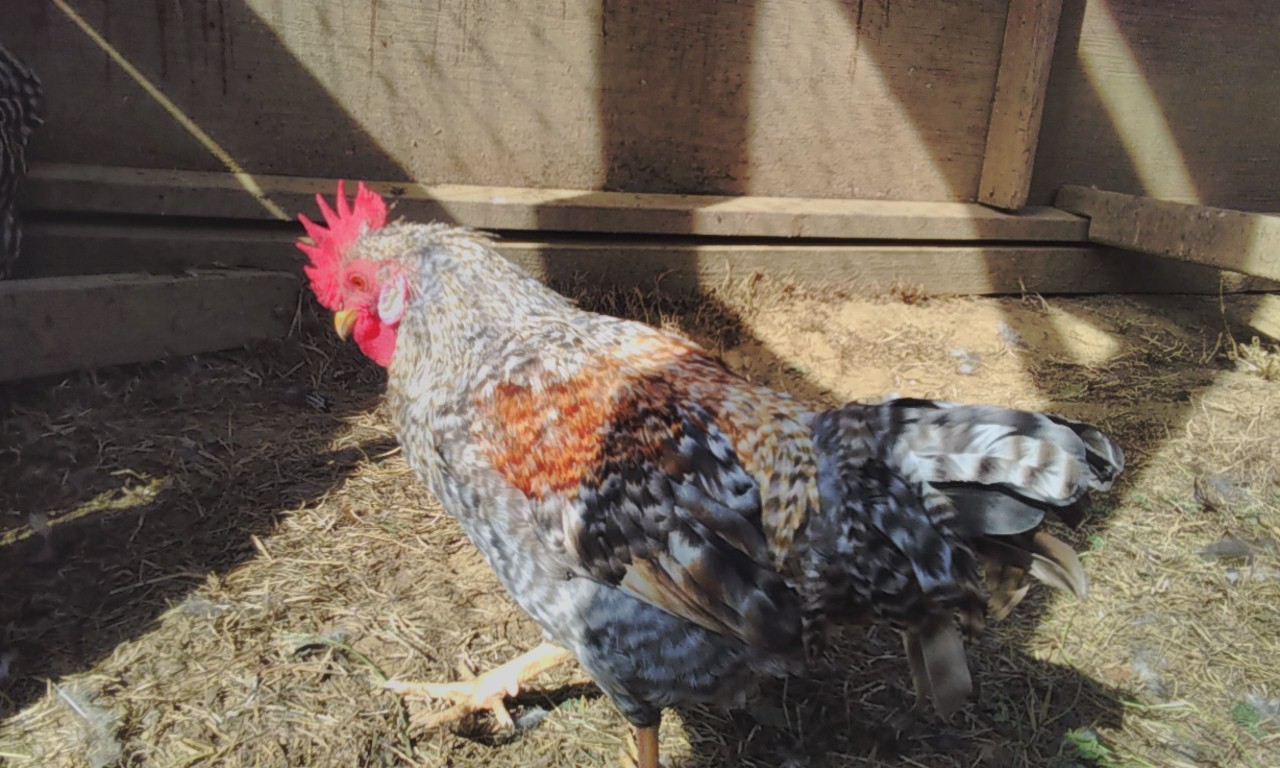 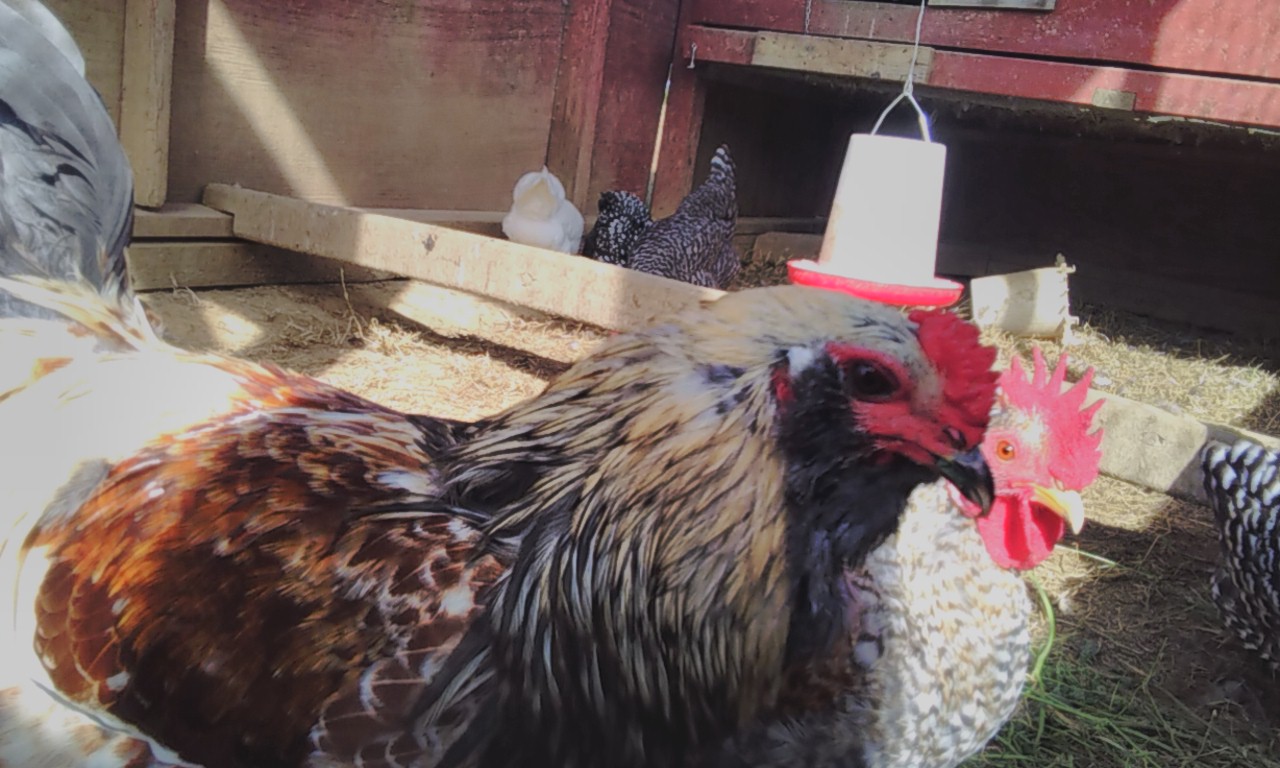 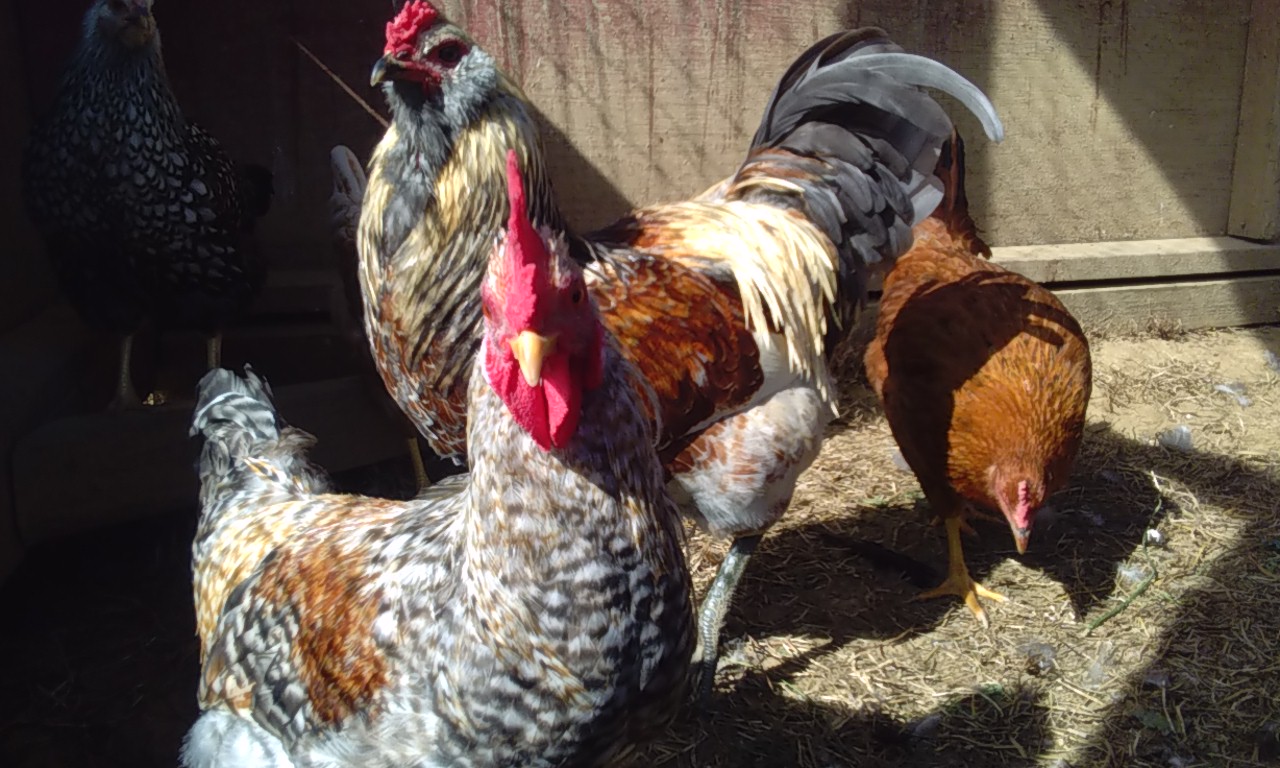 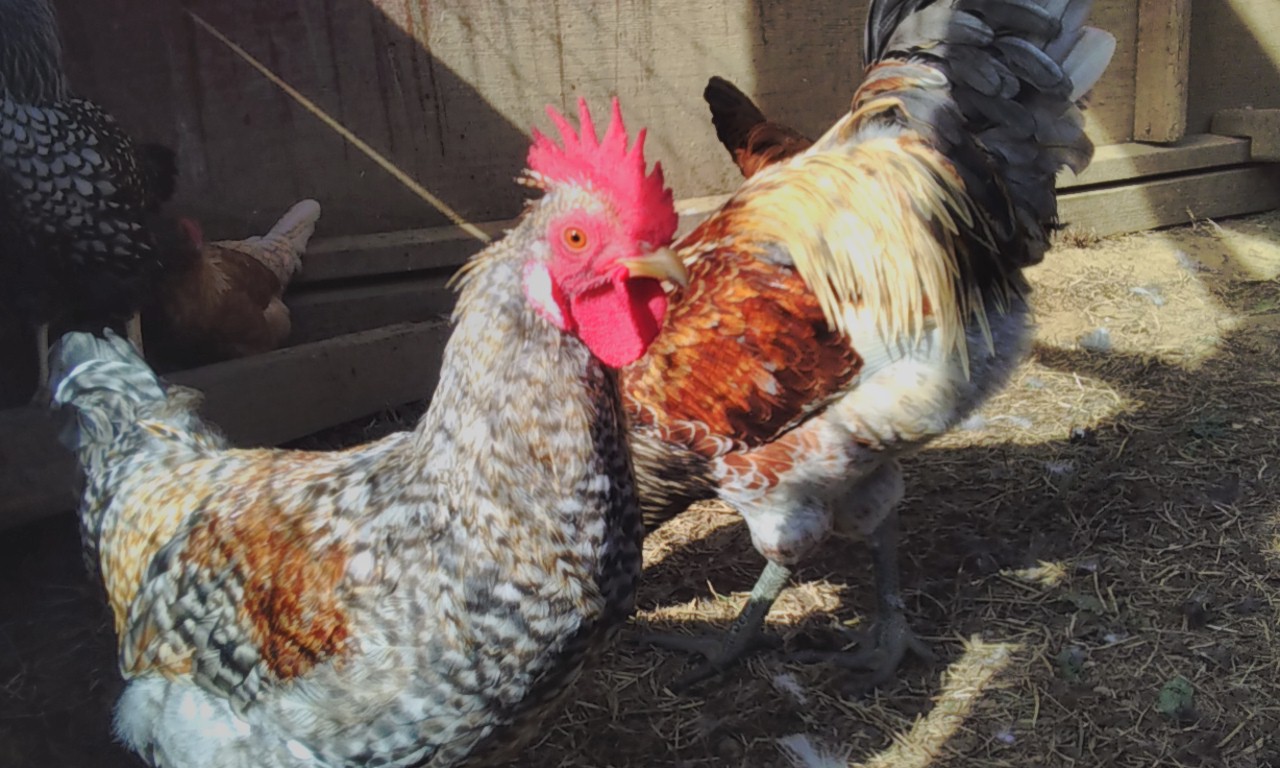 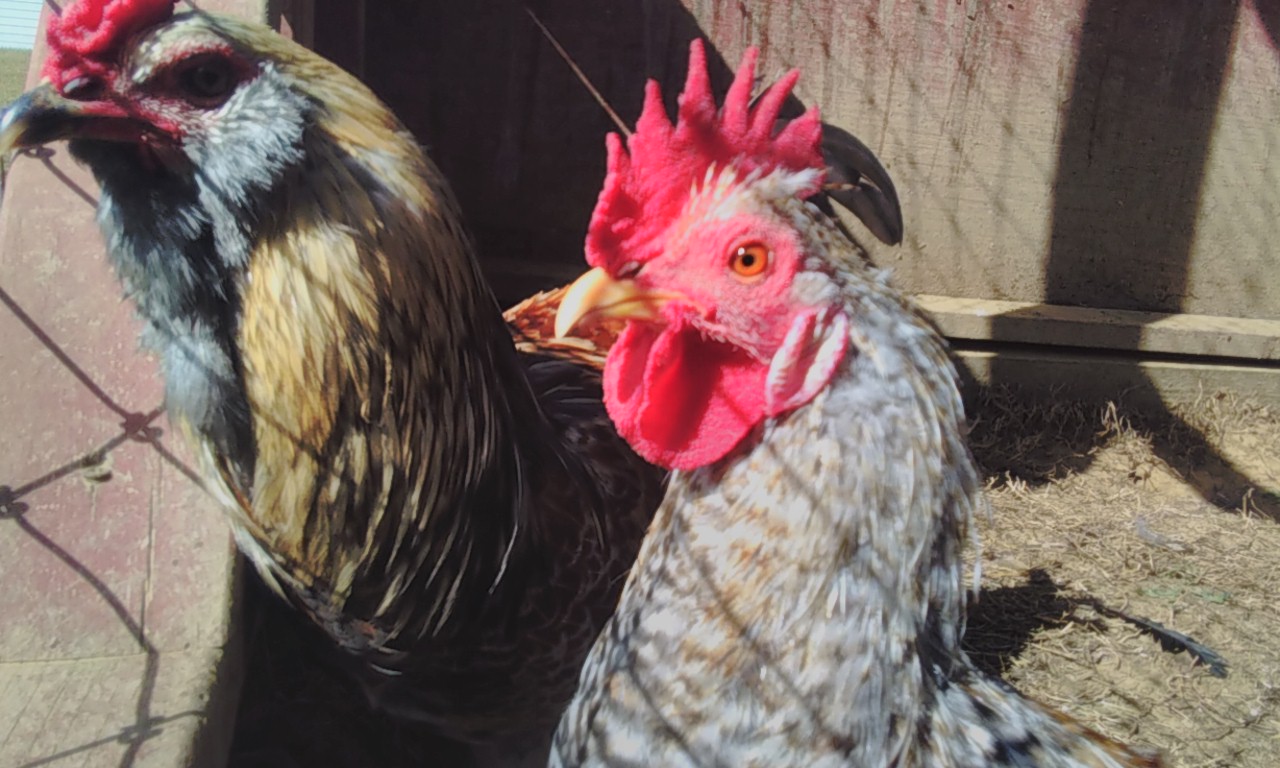 My boys! They get along great!

This is slim a 7 month old Buff Orpington. Loves nothing more than playing in the mud...

Slim is very handsome, and ironically a little bit chunky.

Dean Wood said:
This is slim a 7 month old Buff Orpington. Loves nothing more than playing in the mud...
Click to expand...