We bought five, 8 week old chicks, two weeks ago. I was told they'd be OK in the coop (enclosed) with a heat lamp and nice bedding (in Michigan, it's cold here) but one died over night so I moved them in the barn in my insulated tack room and they've been there for two weeks. The past two days and nights they've had no heat lamp (working towards weaning them to the coop with a lamp) Everyone has been doing well.

One Barnevelder this AM is huddled alone and staggering when I stand her up. She's clearly dieing but I have no idea why! She does have some mess on her butt/feathers and has on and off for a week (nothing super nasty but seems to require cleaning where as the others do not) she feels like she's a lot thinner than any other time I've held her. I'm unsure if she ate yesterday as I didn't spend much time with them.

Any ideas? I've stuck her in a box with the heat lamp in case she's cold. I wondered about coccidia- I have DiMethox 12.5% but have no idea if that could be this cause, have never used it, and am unsure how much I'd need to syringe into a chick not drinking. I have never lost chicks before! But then, I've never bought them in the winter either.

Ideas? So, not eating/drinking, alone, staggers, weak, a little messy ?

what does her crop feel like? is it hard, squishy? also , pics of the poo can help with coccidosis ID.

Clean her up a bit to improve her mood, then try and get in contact with a vet and show them how the poop looks and how shes been acting.

Seems squishy. So far I've given her a little liquid B complex, a little selenium E goat gel and tried unsuccessfully to syringe water in. After the B and selenium she's over it (tiny bird beak syringing is easier said than done - I've never done that lol)
I can hear her digesting now? Squeeks and gurgles. (Since the B and sel/E gel I mean)
Also noticed she has a stuffy sounding beak (not all the time) but you can occasionally hear it's stuffy.
She was active for a few after the syringing vitamins now hunkered back to sleep. She pecked at and ate some sawdust but wants nothing to do with food.

I don't think it's just to cold, her sisters are doing normal bird things. Took a video if that helps.

Her butts been cleaned and I don't have any poop from her since she's been moved this AM.

Caileys_Chickens said:
Clean her up a bit to improve her mood, then try and get in contact with a vet and show them how the poop looks and how shes been acting.
Click to expand...

Forgot to add: I do not have a bird or goat savvy vet - the last time I asked local vets chicken questions they suggested I bring them 3 hours to the state vet and offered no other advice.
Thanks!

This is the other girls: Some is normal, some seems questionable but could also be smashed 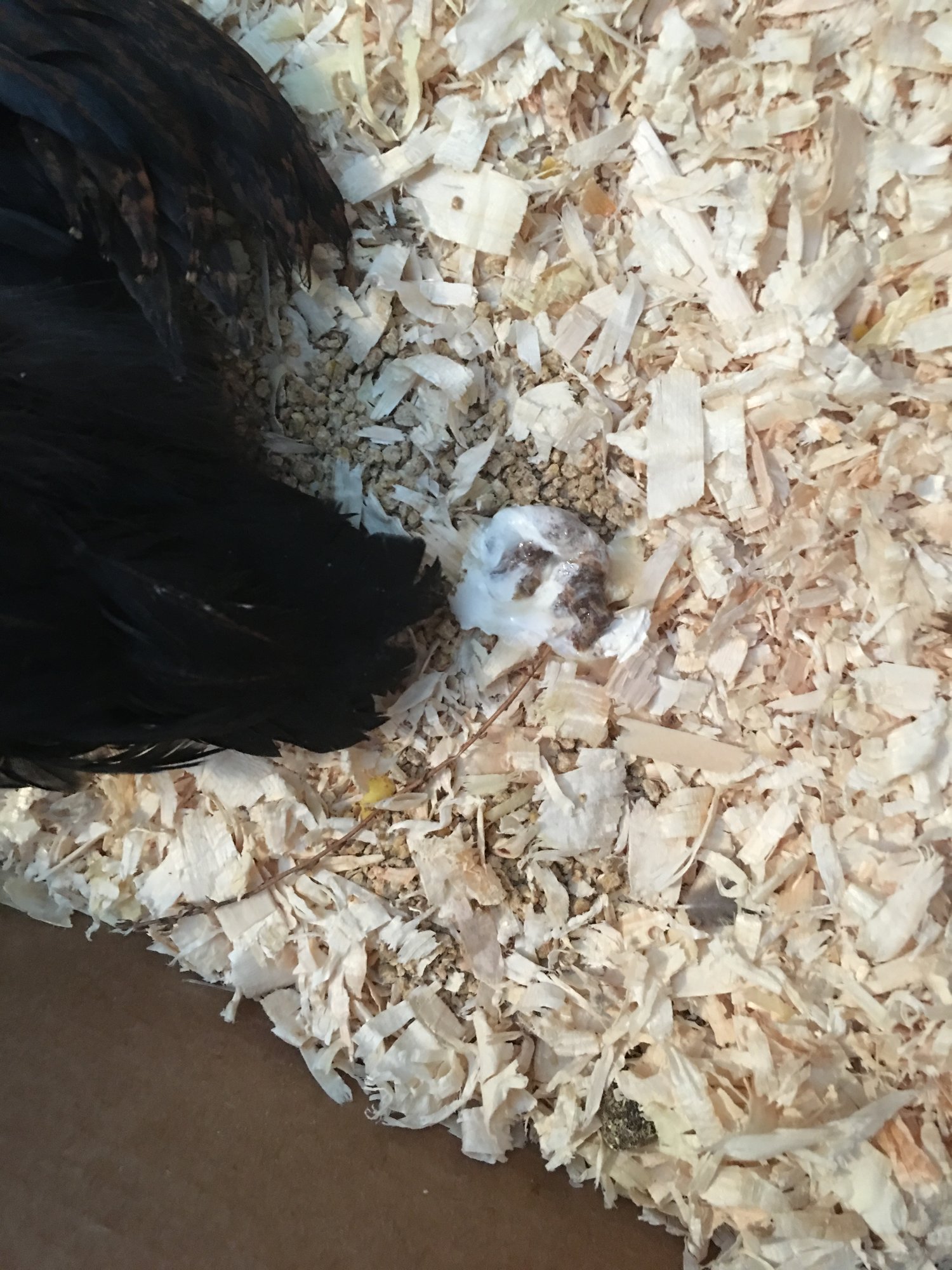 OK this is hers:

Im pretty sure that the white is mucus @casportpony ?

BarnhartChickens98 said:
Im pretty sure that the white is mucus @casportpony ?
Click to expand...

What does that mean? 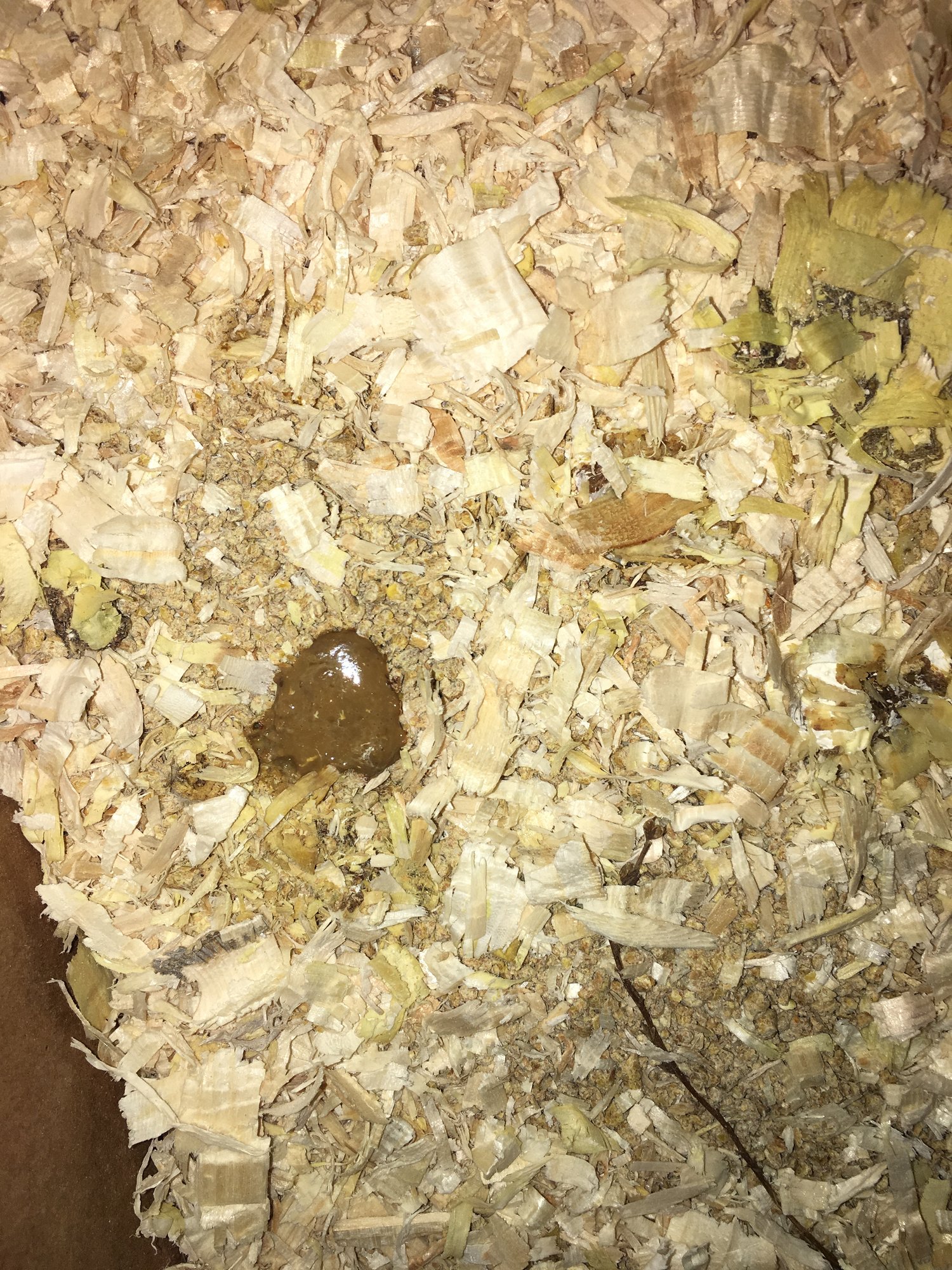 T
Help please. My 3-4 week old chick is opening her mouth and kinda shaking in her throat